In 1986 a young virtuoso from Belfast entered the history books as the outright winner of the prestigious Gold Medal in the piano division of the VIII International Tchaikovsky Competition in Moscow — the first non-Russian to do so since Van Cliburn in 1958.

Over the past thirty years, the magnetic Barry Douglas has retained an affectionate association with Russia, her people, and her music. Recognition of his innate lyricism, exemplary technique, and interpretative finesse, has led to sold-out performances across the world. As a recording artist Douglas has lent his intelligent reimaginings of the great piano works of the nineteenth century to labels such as Chandos, Naxos, RCA, Sony and Satirino. He is currently engaged in an epic project with Chandos Records — to record the complete works for solo piano of Brahms and Schubert.

As a passionate advocate of the value of the Arts in Ireland, and the promotion of new musical talent, Douglas is Artistic Director of both Camerata Ireland and the Clandeboye Festival. In 2002 he was awarded the Order of the British Empire (OBE) in the New Year’s Honours List for his services to music. Further recognition of Douglas’s commitment to musical excellence led to his inauguration as a Fellow of the Royal College of Music, where he is currently Prince Consort Professor of Piano. A trio of Honorary Doctorates of Music from Queen’s University Belfast, the National University of Ireland, and the University of Wyoming in the US, attest to Douglas’s significance within the world of Classical Music.

We catch up with Douglas at his beautiful home in Lurgan to discuss life on the road as a concert pianist, and his recent tour in St Petersburg with Valery Gergiev at the Mariinsky Theatre.

I have always organized musical events — from the age of 5. At home we would stage performances, much to the amusement of everyone around."

Were you always a performer?

In a way…yes! I have always organized musical events — from the age of 5. At home we would stage performances, much to the amusement of everyone around. Also, I was honoured to be greatly encouraged by the Belfast composer F. A. Haughton when I was very small…he arranged my first recital when I was 11…on the organ of all instruments! After that, it was Queen’s University, Belfast, which invited me to play many recitals in my late teens in their superb Harty Room. This was hugely important for me…to be able to form my attitudes to the audience and to piano repertoire.

Later, I founded festivals in Hampstead, North London when I was 18, and also in Oxford when I was Visiting Fellow in Oriel College in 1992.

What are your earliest memories of the piano, and when did you know that you were hooked on Classical Music?

I heard a student concert in my elementary school and was hooked immediately. Subsequently, I was fascinated by many instruments, not just piano. I studied clarinet, cello, organ, and timpani too. My first love was the clarinet.

How did a boy from Belfast end up performing at the Tchaikovsky International Competition, and winning the Gold Medal?

If someone had told me at the age of 16 that I would be in Moscow and win a prize, I would have been very surprised indeed! However, I was lucky to have been with very able and human piano teachers in Belfast, and later of course in London and Paris. It’s all a bit of a blurr sometimes!

A big moment for me was the result of a chance meeting of my father’s with an old friend, who told him about the arrival in Belfast of Mme Felicitas Lewinter, when I was 16 — this made a seismic change in my attitude to the piano. She had studied with Emil von Sauer (a pupil of Liszt) and she gave me a whole summer of piano lessons…she showed me the amazing world of piano and music. That got me indeed! I was determined to impress her.

As a student pianist did you place much stock in the value of scales and exercises, or did you look to the music for technical illumination?

There are two schools to my mind. One says great music can help your technique — as stated by the great virtuoso Vladimir Horowitz. Another says that you need to do exercises a lot. I am between the two. The real pitfall is if you divorce emotion from how you play the piano. They must always remain connected. That is the real shame of many young gifted pianists these days…they forget that music is an amazing language and go for fast colourless playing.

When did you get your first Steinway, and was it love at first sight?

I was in my mid-20s and have loved these pianos ever since. However, I have played amazing instruments by other companies and still enjoy the variety. I bought a wonderful Steinway concert grand last year in Vienna. I called her Dorabella — she sings to me every day!

How do you ‘get in the zone’ before a performance?

That must remain my secret. No concert tantrums or routines however — very dangerous! I could tell you stories of some!!!

What do you enjoy most about touring, and what do you like to do to break up the tedium of travelling from venue to venue?

I have always been lucky to enjoy travel — I like that every day is different. I love the day before a concert with the orchestra when you have completed the first or second rehearsal, and you then have the rest of the day off. Once I have finished my personal study I like to explore the city, or just simply smell the atmosphere. Of course, in a cultivated place, museums and art galleries are important to see. But also sitting in a café and watching the place happen is very relaxing. I’m actually very lazy. 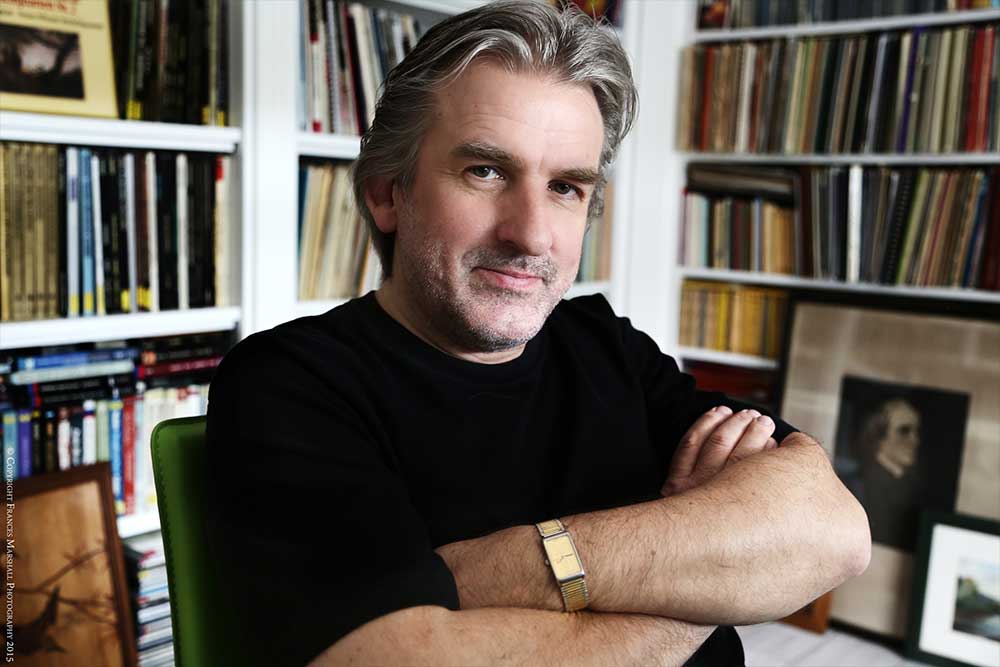 ...I immediately thought of Brahms and Schubert. I am totally in love with their music and have learnt so much about them...the eras in which they lived and myself along the way."

Why did you decide to record Brahms’s piano works, and what do you think you’ve brought to the canon of recordings of his music?

When Chandos Records asked me to do some composers’ complete works for piano (more than one composer, which hit me for 6!), I immediately thought of Brahms and Schubert. I am totally in love with their music and have learnt so much about them…the eras in which they lived and myself along the way.

How do you find the piano writing of Brahms when compared to that of Schubert or Tchaikovsky?

The most important thing for me is that everything is clear — that means knowing about counterpoint and textures. Brahms writes a few more notes than most, but the expression of emotion is the goal.

Tell us about your recent playing of Tchaikovsky’s first piano concerto at the Mariinksy Theatre in St Petersburg, and your relationship with Maestro Valery Gergiev?

I am very honored and privileged to work often with Maestro Gergiev and he is the most wonderful musician, colleague, conductor and friend. At every rehearsal and concert Valery is in search of the essence of music and art in a new and more intense way. I love that about him. He is full of ideas and very principled and passionate.

From a pianist’s perspective, how does Tchaikovsky’s Concert Fantasy for Piano and Orchestra compare with his first and second piano concertos?

This is pure lyric music. There is nothing better. The concertos are more formal but the essence is the same — an outpouring of the human condition. What better way to live one’s life! 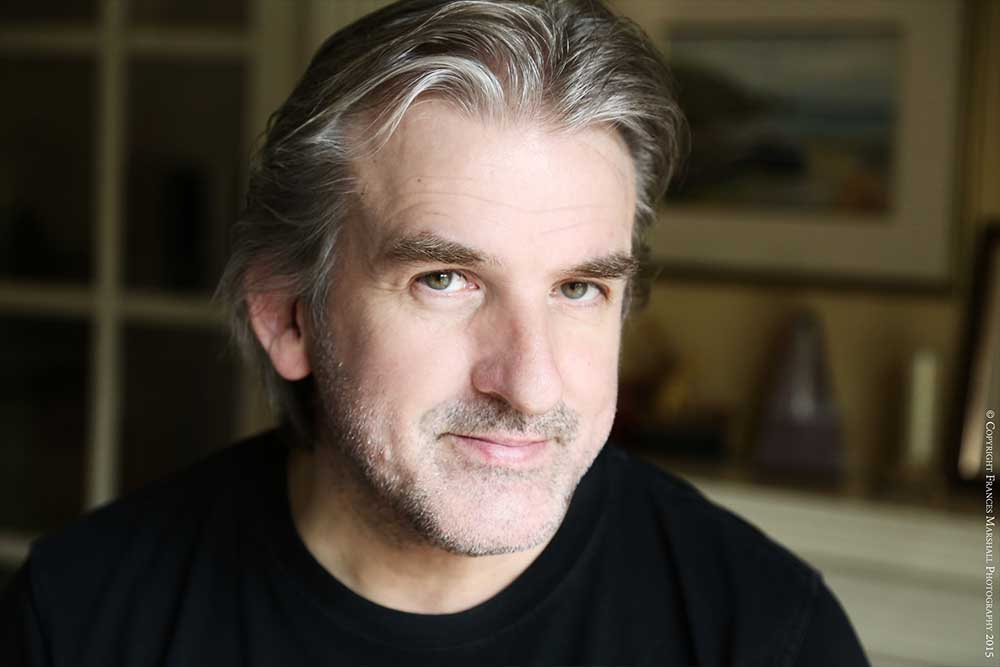 What is the ethos behind Camerata Ireland?

Artists have an obligation and are famous for having stepped up to comment on social issues and educational topics. Camerata Ireland (the only all-island orchestra and with joint patrons of President Higgins and HM The Queen) represents three important factors:

1) To encourage the next generation of Irish talent — north and south. We have educated, helped in careers and recruited for the orchestra over 150 young Irish musicians in the past 11 years of our festival at Clandeboye.

2) To show that Ireland is unified in emotion and the arts, and that no matter what the politicians have managed to work out for us, we are all human beings on this island and have a lot in common. The new era of Ireland is here and let’s all build on this.

3) Ireland can produce the best musical talent and I want to show the world that, while the theatre, written word, visual arts, traditional music are incredible, Ireland also has the most amazing classical talent AND Camerata Ireland performs the socks off the best chamber orchestras in the world. We have been touring for 15 years — over 400 concerts in 23 countries!

How do you feel about the Classical Music Scene in Ireland?

There are incredible pockets of creativity. Some exciting festivals (such as Kilkenny, Galway and others) and the work of course of the RTÉ groups and the mainstream organizations. But it is under-funded, under-appreciated, under-exploited. I played a recital recently in Bari, Italy — this city has an opera house season, a symphonic season, a recital and chamber music season and theater and visual arts — with a population the same size as Belfast and very much smaller than Dublin. We can strive for that too. I know the economy is just starting to recover. Ireland can be proud that, despite huge sacrifices, its star is beginning to shine again.

Having lived in Paris, what do you love most about the Parisian lifestyle?

In Paris you can be who you want to be. An artist in Paris in respected. I love the food, wine and the café life. Who doesn’t?

Where does your heart lie?

I am so proud of the recent referendum in Ireland. This proves who the Irish people really are. The most important thing is to be creative — and even if you are not an artist, to say something new or do something new every day, and this means that you are creative. That’s what I try to do and fail often!!

Do you and your lovely wife Deirdre enjoy playing music together at home?

We don’t play music at home live, much, but sometimes at Christmas Deirdre may sing and I, or my son Fergus will accompany.

What are the plans for the future?

Many wonderful projects, I am happy to say. Lots of concerts as a pianist and many tours with Camerata Ireland— for example, this year in America, Europe, and China. I can’t really divulge other things yet but they will involve a greater role for Irish musicians and young people in general. Some theatre projects…more composing and maybe some scores for TV. I will continue my piano recordings and I have other plans for DVDs and online classical music projects.