The Sport of Opera: David Agler

Over the past 65 years, the Wexford Opera Festival has garnered significant esteem for its production of rare and forgotten masterpieces. At the helm sits internationally respected Artistic Director, David Agler.

I suppose my most fundamental job is to present to the public the artistic goals and aspirations of this festival."

It’s been said that you have revolutionised the Wexford Opera Festival – why do you think you’ve been given such credit?

Well really it’s because my name is on the top of the masthead. But when you produce opera it’s such a complicated puzzle. There are so many people involved, including Nora Cosgrave (Director of Artistic Administration), the technical director, the orchestra manager, and chorus manager, so my job is to bring us all together as a team to make it happen.

Another reason is that people see me in public as a spokesman for the festival, and I greet so many of the people before and after the performances.

I suppose my most fundamental job is to present to the public the artistic goals and aspirations of this festival. I know I absorb all the credit, but I’m also happy to take all of the blame if something doesn’t go right. But in general, in an opera house, it’s an enormous team effort. The opera house is not a democracy. If you’re willing to run an opera house you have to be in charge and you can’t pass the buck.

The operas selected for the festival are rarely taken from the popular repertoire – why is this and how do you make your selections?

When you consider when this festival started in 1951, combined with the poor economic situation in Ireland and Wexford at the time, it would have been foolhardy to start an opera festival and go up against places like Glyndebourne or Salzburg, and other kinds of already established international festivals. So Dr Tom Walsh, who was the founder of the festival, came up with the idea that we would put on works that no one had ever heard of, and maybe people would come to see them. This took off. People began to come from Ireland and overseas–that would have been back in the days when it wouldn’t have been easy to get to Wexford. Walsh always wanted it to be the last festival of the European Year. Wexford in October is rainy season, so it’s not just about the opera, it’s about the atmosphere in the town.

Could Wexford Opera run all year?

I think the answer to that is no. We have the only purpose-built opera house in the Republic of Ireland and it has proven to be extremely successful, way beyond our dreams.

In recent years Opera Ireland in Dublin failed. There is no opera in Dublin, with the exception of the occasional appearances of Opera Theatre Company and Wide Open Opera. That’s the capital city, it’s the population centre of the country…it could be an all-year-round event.

But here in Wexford, we’re a town of 20,000 people. People are not going to travel the distance on a daily or a weekly basis to see opera, so I think it will always be seasonal.

Our next goal is to start another season of opera but our repertoire would be from the traditional mainstream operas that are not being produced in Ireland, such as La traviata, Carmen, Madama Butterfly, and La bohème. At the moment you need to go to London or the Czech Republic to see these operas, and I think it’s another unfortunate situation that so many of the gifted Irish singers, directors, and workers, are lacking professional experience. When you think of the festival patrons, over 40% are from outside the country, and the festival is utterly unique in Ireland. 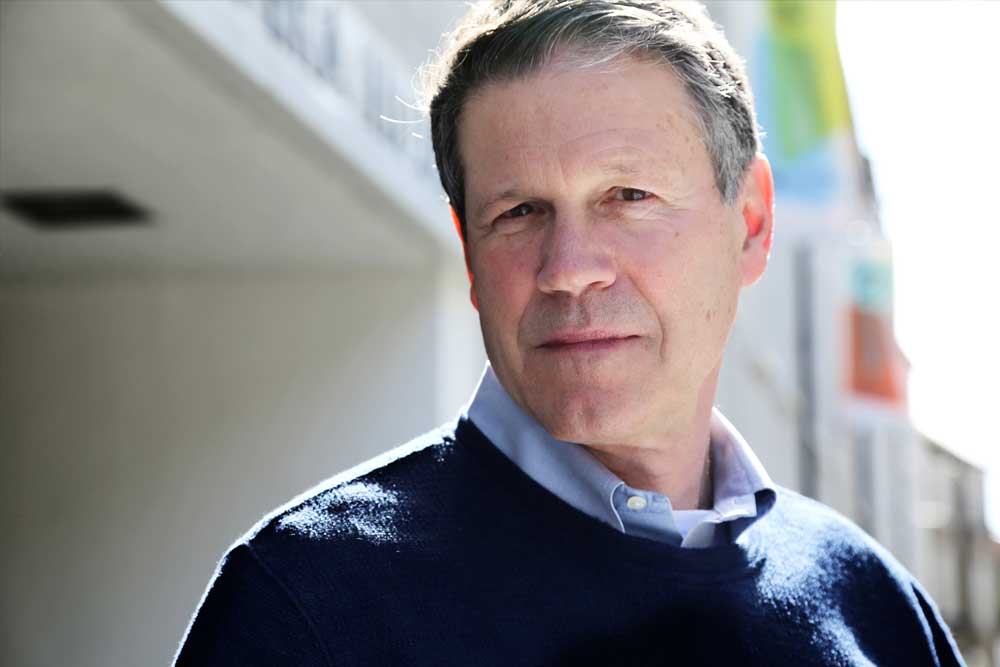 Why did you decide to take a ‘behind the scenes’ role within the arts world?

When I was hired, I was hired because I was a conductor and a practising musician, which was a contrast to past artistic directors. I was told after the fact that the festival wanted a North American to bring a different perspective. I brought a lot of operas that hadn’t been heard in Europe, which were either American or in English, and not necessarily American composers. This has brought a lot of pleasure to the audiences. Some people like them and some don’t, and oh boy do they tell me!

When Jerome Hynes, who was Chief Executive of Wexford Opera, died suddenly on September 18th–my official first day of work–we were just starting rehearsals. The town was in shock because he was a real character, and many considered him Ireland’s finest arts administrator at the time. I cancelled my conducting and started to oversee parts of the operation that I had never meant to. And in that respect, the job of ‘Artistic Director’ has changed hugely from that day, because I have taken up, and maintained, roles that I would never have thought I would have needed to. But in the end, it has suited me and I enjoy it.

How has your experience as a conductor influenced your current position?

I have worked in opera houses which have had a thousand employees…can you believe it? That’s how big some of these places are! What I love about Wexford is that we recreate ourselves every year. There’s no permanent establishment here. The staff do not work here all year long. Every year we create a new company of people, which this year is about 230 people–chorus, orchestra, designers, directors, and stage managers. All of these people are individually selected for their time with us. So it allows us to have a stable operation with the people who return to us annually. For me, now that I’m getting older, I find it invigorating and joyful to watch all these young people and figure out how they’re going to change the world.

What attracted you to the position in Wexford?

I first came here in 1996 as a guest conductor. I was enchanted with the place and thought it was quite incredulous that they were able to achieve what they did with such simple means. I came back in 2000 and was very surprised that they asked me if I would be interested in being the Director in 2004. I never thought they would do that because I was a North American and it was a European festival etc…. So that’s how I got here.

How do you balance the logistics of living in Canada and running such a large scale Irish-based festival?

Well referring back to my comments that we are very small…many of my artistic colleagues are all over the world, in places such as Belfast, Chicago, and Italy, for example. So it doesn’t really matter where I live. With Skype and video-conferencing, and being away on tour conducting, I hear singers all over the world when I’m working in other countries. So once a year we find a way to all get together and hash out the issues. This works very well for us. There are very few people who live in Ireland or Wexford, so we are truly an international festival.

This must be a huge advantage, as you are constantly exposed to a wide range of new, fresh artistic talent – would you agree?

Exactly, and I mean no disrespect by this, because there are many countries that are in the same position, but Ireland is a small country. It’s so important to get out and look at what’s happening in the world. Opera is an international sport. Singers and musicians have been travelling the world since opera has been invented, and you would be amazed at the number of Irish singers that are regularly performing in European theatres, and all over the place. We’re not trying to sell an Irish style or an Irish sense in itself. Opera can never be hauled into any nationalism or a national culture.

Someone once asked me, what does it mean to say ‘Canadian Opera’, and a colleague of mine replied: “Canadian Opera is when you put on La traviata, when the soprano is Romanian, the tenor is from Toronto, and somebody else is Italian, and we do it in Toronto and we call it ‘Canadian Opera’”. It’s very much the same here in Ireland.

It’s so important to get out and look at what’s happening in the world. Opera is an international sport." 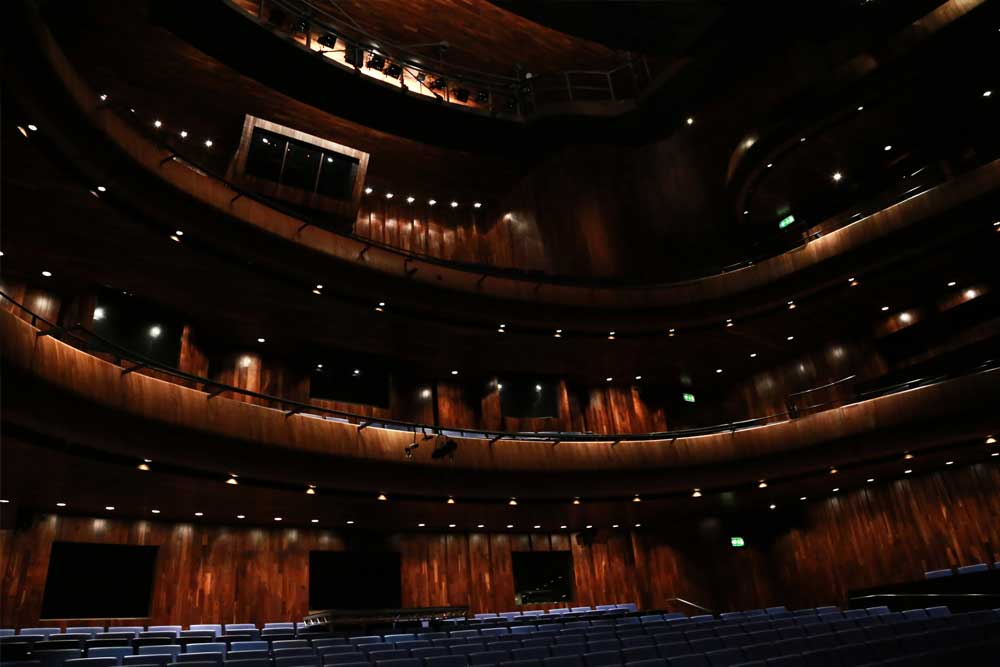 Who or what are you excited about in the upcoming 2016 festival?

This year Herculanum, by Félicien David, is the true Wexford Opera, in that nobody knows anything about it. People will be hearing this for the first time. And then we’re doing Donizetti’s Maria de Rudenz, which carries on our long, long tradition of doing the operas of Donizetti–we have done 18 of them over the years.

We are also doing the American opera, Vanessa, by Barber. It’s an American classic but just oddly not done in Europe, so there’s an enormous amount of interest in our Vanessa. There are some really gifted young singers and some real potentials this year…beautiful voices.

To find out more about Wexford Opera Festival see: www.wexfordopera.com