After rebooting her vocal training at the age of 35, British soprano, Elizabeth Llewellyn has demonstrated in her career path, a masterclass of progression through a notoriously difficult industry.

A decade later, after singing in some of the world’s top opera houses, Llewellyn will be making her sold-out debut at the Metropolitan Opera this month as Bess in Gershwin’s masterpiece Porgy and Bess. In this extensive interview, Elizabeth provides a very clear career map along with her rationale for the placement of each perfectly positioned stepping-stone that has led to her phenomenal success.

I knew that if I didn’t address the matter of confidence at the beginning, I would waste a huge amount of time later down the line."

When you decided to re-enter the classical music industry, what practical steps did you put in place to make it happen?

The biggest obstacle to overcome was the financial aspect. It’s similar to starting up a small business and if you get into a position where you’re trying to decide whether to pay your phone bill or go to a singing lesson, it can become quite stressful. I had to accept that I would probably be spending more than I earned and if I managed to break-even at the end of year one, I was doing really well.

The Peter Moores Foundation really helped me at the time, and I was accepted into the National Opera Studio with their financial and professional help. The best advice I got was that a singer in my position just needed to get back into the swim of things. I had to dive into the idea of performing as a discipline and of putting myself in the position where industry professionals would be listening to and criticising me. Another great step was being part of English National Opera’s “Opera Works” programme, and I was offered a contract to join the Glyndebourne chorus towards the end of that course.

I had very specific goals and the priority was to be able to perform without feeling uncomfortably nervous, so that I could really build my confidence. I knew that if I didn’t address the matter of confidence at the beginning, I would waste a huge amount of time later down the line.

Looking back at your timeline you seem to have positioned everything impeccably, was that a conscious decision?

It was a mix of things – I was older than my colleagues at the Studio so I didn’t have time to waste. I was too old to enter most competitions or apply for bursaries, so when an opportunity like being at the National Opera Studio came about, I grabbed it with both hands and ran with it because I knew I would never have an opportunity like it again.

This may sound arrogant, but I was never comfortable being part of a group. I knew early on that I was more suited to being a soloist so, even before being offered a place at the Opera Studio, I had already decided to only work one season as a chorister. Another important factor was that there are very few “small” roles for my voice-type, which was frustrating at the beginning of my career, but it made me more ambitious and excited about what I could do in the future. I was very lucky that my personality and voice aligned – it meant that I found it easier to make clear decisions about the way forward.

I was given a great piece of advice by Donald Maxwell who told me to set myself a definite time-period with clear goals – if in my assessment of this period, those goals were met, I was to keep going; if not, it would be time to have a tough conversation with myself. There are some singers who come to this career with a chronic lack of realism and self-discipline; we must be sure that we have what we need to fufil the demands of the job we want, and not endlessly chase dreams.

...we must be sure that we have what we need to fufil the demands of the job we want, and not endlessly chase dreams." 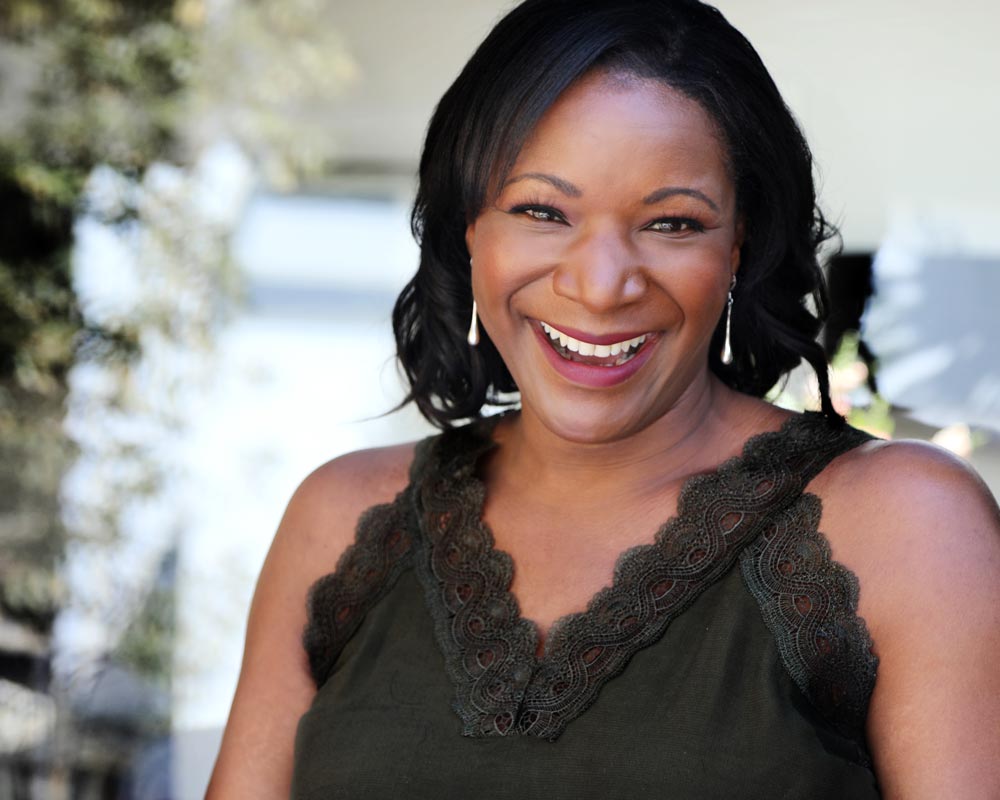 The work needs to start with the artist, not the people around the artist. "

So how did that internal conversation go for you?

The bottom-line was that I still had bills to pay, and I had a life with people in it, all of which could not just go on hold for years on end, or worse, play second-fiddle to the hope of a career. It would have been an impossible existence and I didn’t want that for myself. I knew I could only tread water for a finite amount of time, so I had to be tough with myself during that period because this industry is full of people who would be very tough on me. The work needs to start with the artist, not the people around the artist.

Everything that I had set-up as personal goals or markers came together in the 12-month period that I had set for myself. So I stayed with pursuing this career, because I knew I was heading in the right direction.

How did you know what to accept and decline?

I kept auditioning, and I was offered covers of small roles in small companies which I turned down because, for me, it was a waste of time. The key was having a sense of what I was capable of and what I wanted to achieve. Without it I knew that I would always be offered lots of inappropriate things which would not propel me forward. My coach once said to me, “people will offer you more of what you accept”.

I really needed to sing solid roles, and my main goal was getting good amounts of stage-time. My time at the National Opera Studio was really advantageous because there I focused on key roles, and I ended up being employed to sing them all professionally within two years of leaving the course. A lesson I had to learn early on is that opera houses and casting teams want security and confidence in those whom they’re hiring. They need to see that immediately – they don’t have time to discover it for you. Another thing I became aware of is that some in this industry do not always hear what is in a voice or what it is developing into, so it was important to make that obvious in my choice of audition repertoire, and in the roles I had performed. 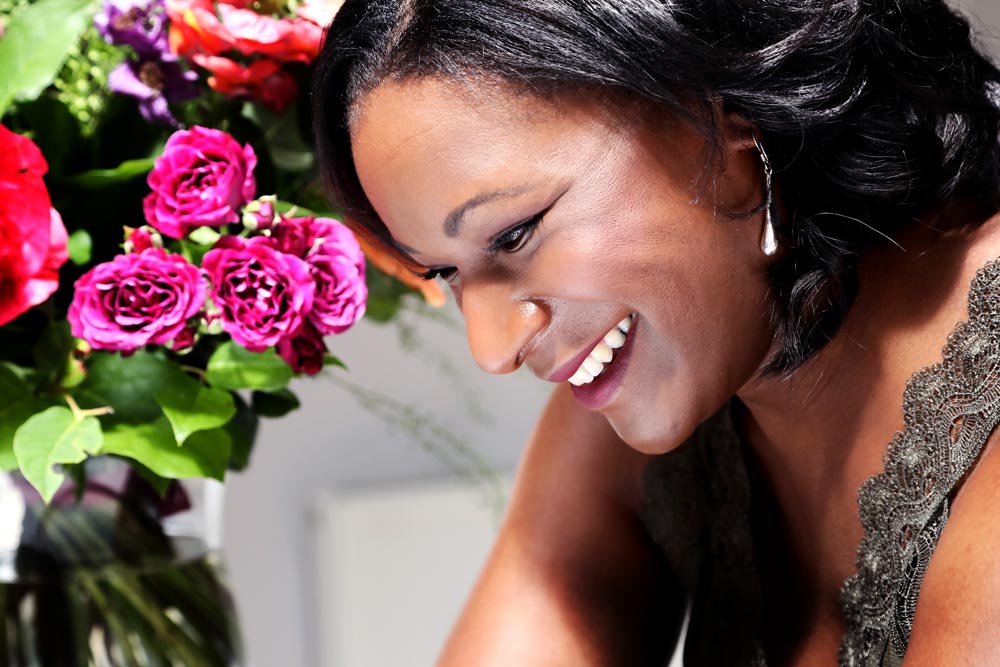 It’s a fine balance to give a vocal performance worth the price on the ticket whilst also presenting a truthful rendition of a real, human story."

Did you have a moment when you knew you’d made the right decision?

It was sometime in 2013. I went for some auditions and I wasn’t only being offered the roles I had auditioned for, I was being offered roles in future seasons. Things started to move into a different gear, and absolute strangers were taking risks with me. Now I am at a point where I have been cast as Aida – a role I thought I would never sing, and now I am.

You’ve taken big steps in your career, yet you don’t seem to ever be taking risks – what’s the balance for you?

I have worked a lot with Carol Vaness and she’s been a great inspiration to me because she has always had a lot more voice than her roles required. I learned from her to never sing on the “interest” of my voice, only the “capital”, because constant over-singing or over-reaching can cause vocal damage. I’ve always tried to avoid singing at the boundaries of my ability because there are other things to factor-in: the physical demands of the production itself; I may get sick; I might have a conductor or colleague whom I find difficult to work with, etc. If I am already singing “at a stretch”, and any of those external factors come in and distract me, then I would be taking a big risk with the role. The only risks I’ve taken are calculated ones.

On stage where does your mind go?

As soon as I leave my dressing-room, I’m in character, and I then feel able to paint that person with every gesture and look. There are so many (often unexpected!) things that can happen on the stage, so the audience needs to know that I will stay committed to portraying my character.

Anguish as an emotion comes from a deep and complex place – I have to be careful of where I go in my mind so that I’m still able to sing; I can’t just cry through the score. Having said that though, sometimes “ugly” is a necessity, especially in verismo roles. Tosca sung with an impeccably beautiful tone throughout has the potential to be one of the most boring theatrical experiences. It’s a fine balance to give a vocal performance worth the price on the ticket whilst also presenting a truthful rendition of a real, human story.

I read a book called Different Every Night: Freeing the Actor and it changed my career – I’d recommend every artist reads it. The audience deserves every detail in our characterisation and emotional journey, and if we generalise, they will spot it and be left cold even after a brilliant vocal performance. 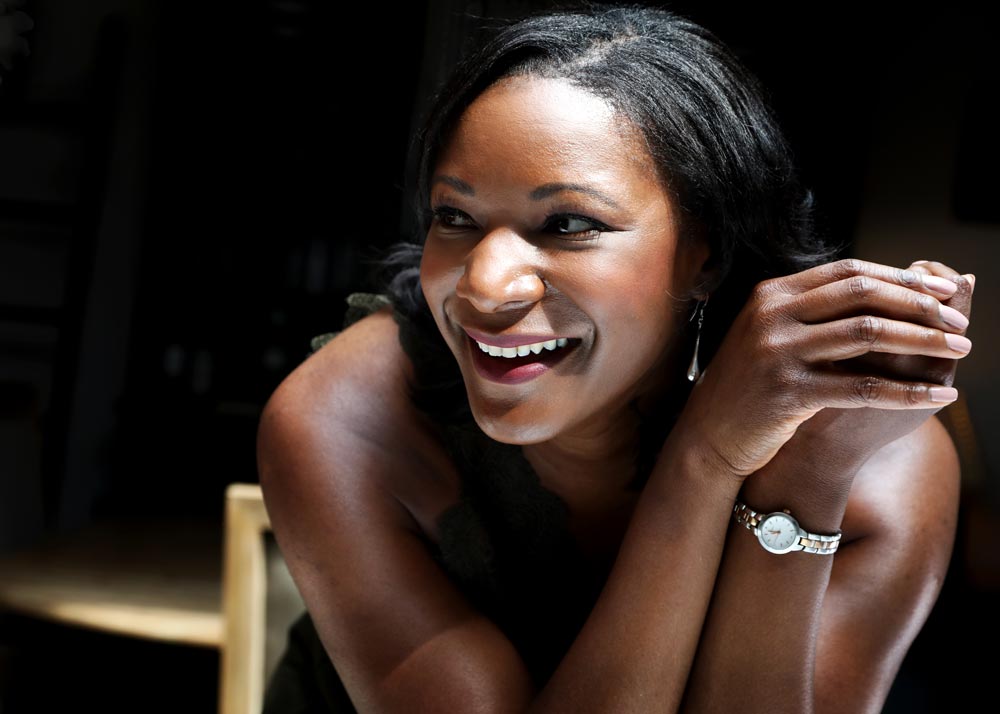 There’s been many times in your career when you haven’t had an agent. What’s your approach to representation?

There is no value in having a bad agent. I’ve had really good agents and really bad agents and interestingly, during the most progressive part of my career, I had no agent. Some did not work as hard on their representation of me as I did on improving myself. I also found that some were not interested in helping me to build a career and were only interested if I was already bringing a solid diary to them of future engagements.

Things are going well so far with my current agent. Until I signed with them, I chased every contract, secured the job and negotiated the terms. It was hard work, but it was good for me because I began to learn what I was worth, and that knowledge helped me to position myself realistically within the industry. I like to believe that this put me in a stronger position when approaching agents, because I had a clear idea of what I needed from them. I knew that the houses I wanted to work for would not touch an artist without an agent, and I had to respect their process and not fight it.

Your upcoming “sold-out” Metropolitan Opera debut is fast approaching. Tell us about how you secured the role.

I was singing Bess in Porgy and Bess at Seattle Opera – two of the Met casting department were in the audience and I decided to write to them afterwards. I didn’t have an agent at the time, but I was in negotiation with one. I then asked my new agent to follow-up with the Met about their new production and if they would consider me for Bess, and it worked!

For every singer, this stage is a dream come true – I’m really looking forward to sharing it with world-class singers like Eric Owens, Latonia Moore, and Janai Brugger. The scale of the production is quite something, with a 60-strong ensemble, so I will enjoying telling Bess’ story in a larger space. I’m particularly looking forward to singing with the Met orchestra – they are legendary. I just can’t wait!

I like to believe that this put me in stronger position when approaching agents, because I had a clear idea of what I needed from them."

To find out more about Elizabeth Llewellyn see: www.elizabethllewellyn.com