In memory of Seymour Lipkin

Seymour Lipkin, musician, pianist, teacher, conductor and inspirational Artistic Director of the Kneisel Hall Chamber Music Festival and School for 28 years, died on November 16th, 2015. His loss is immeasurable to those of us who were influenced by his artistry, knew him, played with him, and loved him.

The Final Note article, A Life In Music: Seymour Lipkin, is composed from the last public interview he gave. It captures some of his wit, and a few of the central stories of his long life, in his inimitable voice. His many achievements and accolades are widely known. When I was asked to write a foreword to this article, I wondered what I could add to the public remembrance and celebration of his life.

The best I can do is to talk about Seymour in a personal vein, and relay just a bit of what it was like to be his colleague and friend for twenty years. He was one of the most significant people in my life; he was a musical and personal mentor. But it wasn’t until after I was hired by him to serve on the faculty of Kneisel Hall in 1996 that I really got to know him.

My first rehearsal for a faculty concert at Kneisel Hall was telling. We were rehearsing the Beethoven “Kakadu” Variations. The cellist was Barbara Mallow, new to me then, but now also a much loved friend and colleague. I was pretty quiet during that rehearsal, taking it all in. What transpired was a rehearsal that investigated the tempi of variations, the value and uses of time taking, and the balancing of personal expression with a vigilant attendance to the composer’s score. Seymour’s quiet, but imposing – almost frightening – certitude about interpretation and execution was, on this first real exposure to it, intimidating. Here was this slight man, who played with compelling mastery, without moving any muscles but the ones necessary for compressing the keys. What was this? He didn’t take any time (or so it seemed) to delineate a phrase or make a character change, but his vision was completely realized with sound and harmonic architecture. I was not up to this; I was apprehensive, but intrigued. There was something here that was true, and important to know and learn. Seymour was on a mission to inhabit what he could find in the composer’s message written on the page – uncompromised by any technical concerns or personal indulgences – his own, or anyone else’s.

And so, I listened, and I learned, and I was lucky enough to experience both the complexity of Seymour’s personality and the directness of his music making for many years. I grew less intimidated, but not less impressed. He listened with a clarity of both sound and purpose that had been honed by years of practice and thought; guided with the industry of an extraordinary intelligence and a vast reservoir of emotion. He had a better legato than any string player, even without the singing qualities of a bow. His legendary insistence about not taking time in phrasing, was actually only a partial truth. He used rubato exquisitely; with a great respect for rhythm and harmonic progression. One only had to hear him play the theme of the second movement of Tchaikovsky’s great piano trio, or the Mazurka variation, to know how remarkable, heart stirring and personal his rubato could be. 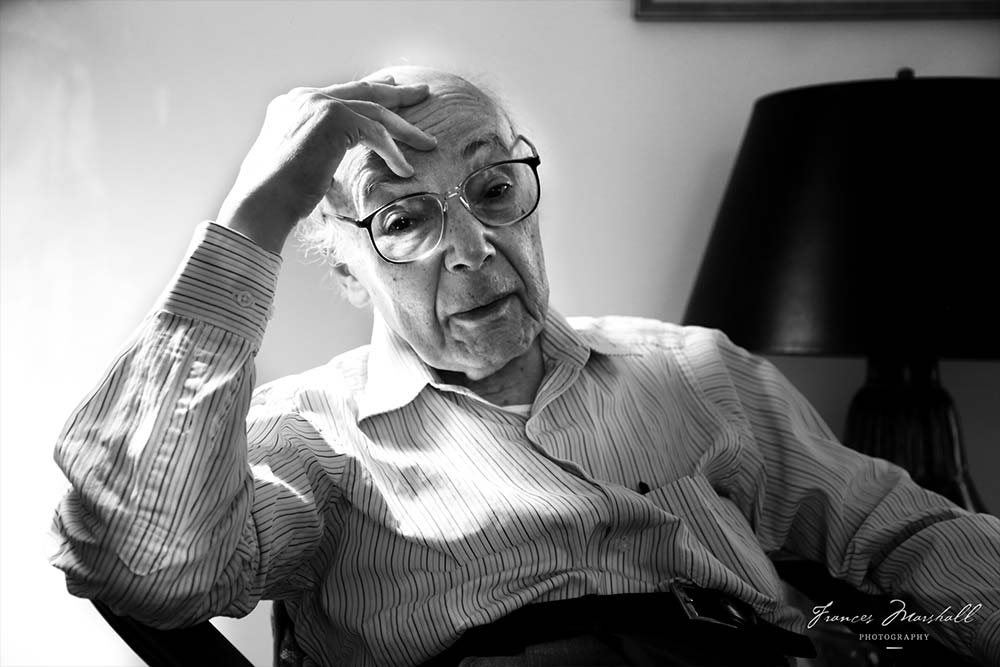 Seymour’s humor, wry observations about humanity (often expressed and then translated from Yiddish), and his great vulnerability, were in seeming contrast to his uncompromising pursuit of excellence in music."

Years later than my first rehearsal of that “Kakadu”, I was in another faculty concert rehearsal with him and cellist Joel Krosnick. The three of us had the great joy of playing together a lot over the years. On this occasion we were deeply involved in the second movement of Beethoven’s “Archduke” trio. Even as I strove to bring my contribution to the mix, I was deeply aware, with great clarity, that what was so awesome about Seymour, as a human being and as a musician, was that he was BIG enough for this music. There was no emotion or nuance, no expression of loss or joy, no brilliant harmonic turn that was beyond his understanding or beyond his capacity to harness into focus; and to, by his own herculean effort, attempt to make its art audible. His wide humanity and intelligence, combined with his rigorous discipline and focus, drove him. The results were most often extraordinary, illuminating, and moving. It was a great honor and joy to meet him in that elevated arena of endeavor.

Seymour’s humor, wry observations about humanity (often expressed and then translated from Yiddish), and his great vulnerability, were in seeming contrast to his uncompromising pursuit of excellence in music. Over time, I found these things to be deeply entwined and integrated within his persona. One Friday night, about to go on stage together, we looked helplessly at each other- both of us nervous, quaking at the mountain the music we were about to play was going to require us to be brave enough to climb. I said to him, “Whose idea was this, anyway?” He smiled and winked at me, shrugging his shoulders. He said, “Maybe we could open a grocery store instead?” And we walked onto the stage. 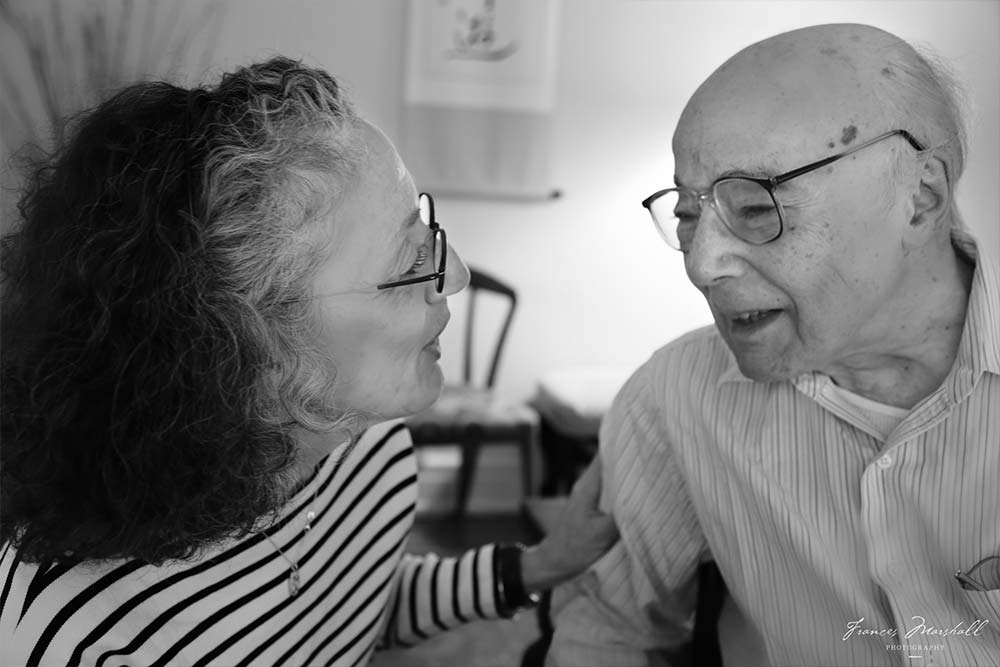 Pianist Seymour Lipkin was the Artistic Director of Kneisel Hall Chamber Music Festival for 28 years; a festival for strings and piano located in the coastal Maine village of Blue Hill.

Seymour described his vision, a vision which guides the festival still, “Kneisel Hall offers (to especially gifted students) a concentrated training and immersion in chamber music of the highest quality, with specially chosen teachers. At Kneisel Hall the students have only chamber music to work on, many hours a day, and we intend for them to come away with an extremely heightened insight into the cooperation and deep musical values inherent in the art. The students have to learn how to meld their individuality with other individualities so that they come out with a unified product. Whatever their ultimate work may be, a musician’s ability to listen and cooperate is central.” 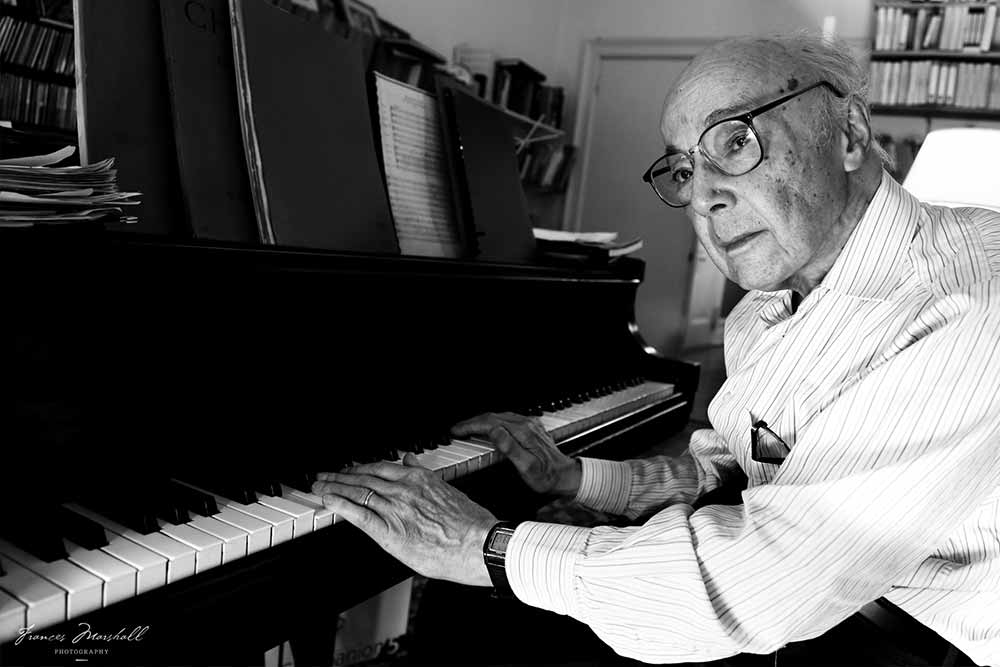 Final Note met with the vibrant and utterly charming pianist Seymour Lipkin in his apartment in New York, to chat about his studies with Rudolf Serkin and Mieczyslaw Horszowski, life as a concert pianist, and his memories of working with Leonard Bernstein.

To find out more about the Kneisel Hall Chamber Music Festival see: www.kneisel.org