In Conversation with Joanna MacGregor

As one of the leading virtuosos and recording artists of our time, pianist Joanna MacGregor OBE is hailed the world over for her technical brilliance, musical intelligence, and effortless poetic command of her instrument. She has received Honorary Doctorates from Bath University, Bath Spa University and the Open University, as well as Honorary Fellowships from the Royal Academy of Music, Trinity College of Music and Murray Edwards College, Cambridge.

From 2015 to 2016 she was a Visiting Fellow at Oriel College Oxford, and in June 2016 she was awarded an Honorary Doctorate from the University of Cambridge. MacGregor is currently Head of Piano at the Royal Academy of Music and Professor of the University of London. She is also the Artistic Director of Dartington International Summer School & Festival.

Over the course of her illustrious career, the British pianist has collaborated with a variety of distinguished conductors including Pierre Boulez, Sir Colin Davis, Valery Gergiev, Sir Simon Rattle and Michael Tilson Thomas. She has performed alongside many of the industry’s finest orchestras such as the London Symphony and Sydney Symphony orchestras, Chicago, Melbourne and Oslo Philharmonic orchestras, the Berlin Symphony and Salzburg Camerata. Ever in demand for her keen interpretative facility, MacGregor has premiered many innovative works from a diverse range of composers. Together with her frequent presence on the stage of the BBC Proms, MacGregor performs regularly at major international venues, including Wigmore Hall, Southbank Centre, Barbican Centre, Sydney Opera House, Leipzig Gewandhaus, the Concertgebouw in Amsterdam, and the Mozarteum in Salzburg. In recent years MacGregor has garnered significant acclaim for her interpretations of the keyboard manuscripts of J. S. Bach. She is also the author and creator of the hugely successful Piano Worldpedagogical series.

Aside from her talent as a performer, MacGregor is also admired as a conductor, composer, pedagogue and festival curator. She made her conducting debut in 2002 and went on to solo-direct concerts with the Royal Philharmonic Orchestra, Liverpool Philharmonic, Manchester Camerata and the Hallé. MacGregor has enjoyed a close artistic partnership with Britten Sinfonia for more than fifteen years. As a respected festival curator she has lent her artistic vision to the Bath International Music Festival (2006–2012), the multi-arts Deloitte Ignite Festival at the Royal Opera House (2010), and an orchestral series for Luxembourg Philharmonie, entitled ‘Aventures’, (2012–2013).

With a busy concert season ahead in Europe, Japan, China and the USA, MacGregor is also preparing a recording of the complete Chopin Mazurkas, and will perform them at Wigmore Hall in 2017. She is currently creating a new ballet with the celebrated choreographer Kim Brandstrup and cultural historian Marina Warner.

Here, we chat to the dynamic musician about Bach, Mozart, writing piano manuals, working with Boulez, pedagogy, and her career as a pianist.

It’s the physical and intellectual stamina it requires that I still find so exciting; I really enjoy talking a pencil and marking the score, and spending hours with a work."

What are your fondest memories of studying piano with your mother?

My mother had me when she was young, and I was her first piano student (she’s taught very small children the piano all her life, and still does, at the age of 80). She was very imaginative in her musical tastes: together we played Bach, Mozart, Dave Brubeck’s Take Five, Beatles songs, and gospel music.

Why did you decide to follow a career in music?

I’m devoted to practicing and studying music, mainly. It’s the physical and intellectual stamina it requires that I still find so exciting; I really enjoy talking a pencil and marking the score, and spending hours with a work. It’s allowed me to travel all over the world, which I never expected, as a performer.

When did you first begin to compose, and how does that element of your musician self inform your performance self?

Somebody said to me recently that performers play differently if they compose too; they perform from inside the music. I think you look very closely indeed at the text, and at all the little clues…even the handwriting of a composer. I wrote tiny pieces from the age of 3, when I started playing. I think it’s great to approach music like a composition student, taking the work apart and looking at it both structurally and emotionally (not just a ‘famous’ piece, which has to played ‘perfectly’). Familiar repertoire suddenly becomes radical—it’s impossible to play a Beethoven sonata without appreciating how contemporary and fearless Beethoven is, or perform Liszt’s Nuages gris without marveling at the pared-down, melancholic language and innovative harmony.

As a noted interpreter of the keyboard works of J. S. Bach, when did you feel finally ready to approach his Goldberg Variations?

Not for ages. I’d played Bach all my life—partitas, concertos, the French Suites, Well-Tempered Clavier, the Art of Fugue—but came to the Goldbergs years later. Once you start studying and playing that piece, you’ll never stop; it’s completely immersive. You’ll return to it again and again, and start collecting lots of different recordings. It’s notoriously difficult, and totally rewarding; it will shift your brain around. Rather like reading a very great novel for the first time, I was relieved to discover how witty and fleeting it was, as well as weighty.

Having played all of Mozart’s 27 concertos, what have you learned about his process?

I always think Mozart is like the weather on the west coast of Ireland—magically changeable and endlessly inventive. The sky darkens in one bar, and the sun comes out in the next. It’s not possible to work on a Mozart concerto without playing every other part in your head, and singing the orchestral score out loud. You’ll definitely become a more collaborative, responsive and empathetic musician. And I like the music Mozart writes in specific tonalities: C minor, A major, F major, B flat major. It’s music of a quicksilver mind, able to touch on depth and tragedy in the most subtle way, as well as irony and tenderness. 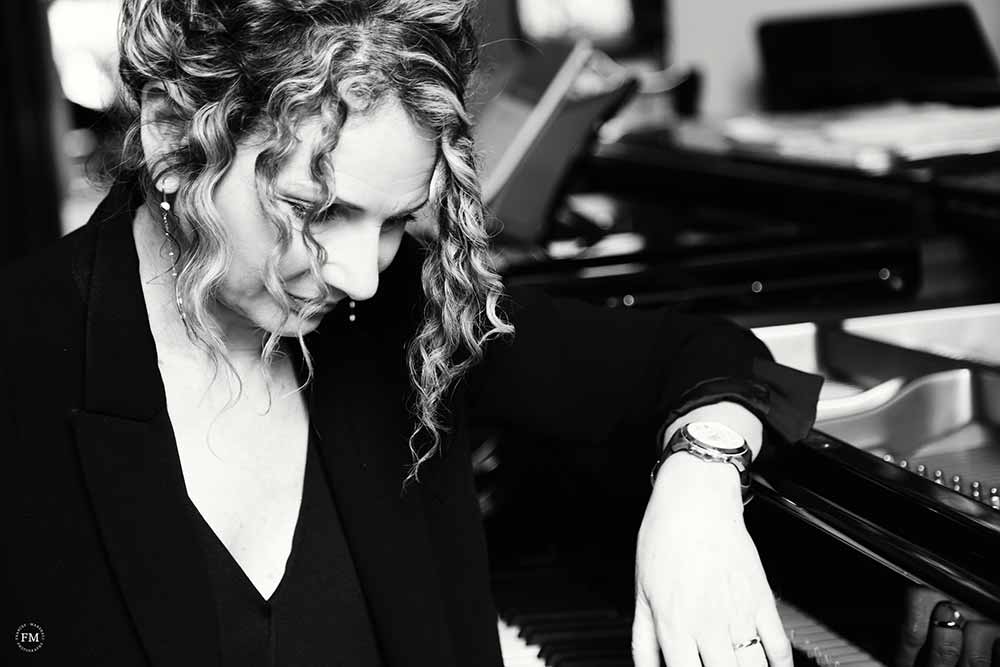 Being prepared to improvise is essential: listening and responding, rather than being virtuosic."

You are highly regarded for your intelligent and authentic realizations of contemporary music — why is the cultivation of ‘New Music’ so important to you?

I studied composition when I was young, so I spent all my time with composers, not performers. It became very natural to play a lot of contemporary music, and to commission music. I realised it made me more receptive to the quiddities of classical repertoire—I became more aware of the daring of many traditional composers, and of how they were talking to each other through their pieces. It also taught me how to really practice.

If you could have a ‘jazz off’ (similar to a dance off) with any musician in the world, who would you choose and what would make the programme?

I’d love to collaborate with Björk on a song cycle, something intense and brooding.

Collaboration is fundamental to the performing arts — from your vast experience performing alongside some of the world’s leading conductors, what makes a successful musical partnership?

Ah, knowing the score inside out. If you collaborate with orchestras and conductors, you must come to the rehearsal knowing the orchestral part as least as well as your own, ready to play with the orchestra. I absolutely adored working with Pierre Boulez, who was warm, witty, kind, and immensely practical. We premiered Birtwistle’s thorny Antiphonies together, and he twinkled through Stravinsky’s Concerto for Piano and Wind. I was privileged to spend time with him.

In terms of collaborating with musicians outside the classical world—like Andy Sheppard, Nitin Sawhney and Kathryn Tickell—it’s important to come completely open, and ready to try anything. Being prepared to improvise is essential: listening and responding, rather than being virtuosic.

As a concert pianist, traveling is part and parcel of your vocation — how do you deal with the hours following a performance when you are alone in your hotel room?

Oddly, pianists are very good at being on their own; it’s all the solitary hours of practice we do. I really welcome the hours spent travelling as I can do lots of reading and thinking. My idea of a perfect tour is going on a road trip alone, driving through amazing landscapes all day, and playing in a different venue every night. A few years ago I toured the Scottish Highlands, playing the Goldbergs; it was absolute bliss.

What inspired your contribution to the canon of piano pedagogy manuals, and how does the Piano Worldseries differ from its competitors?

I grew up in a home where little children came to have piano lessons, so I was very aware of young people wanting to be excited and amused, even if the music they were playing had three notes and two rhythms. Also, they love to improvise, play jazz and pop, as well as classical melodies; so I invented the cartoon stories of Piano World, where colourful characters made it possible for children to explore everything straight away. Quite often people bring their Piano World books to my concerts. Years later a piece of mine—Lowside Blues—was set for a Grade 7 Associated Board exam, and I was staggered by the number of pianists playing it worldwide! I wrote it while driving through Mississippi; it was meant to be a bluesy, funny piece, also slightly grumpy.

Individuality, fearless talent, creativity, and the ability to design opportunities are among the many elements fundamental to building a lasting career in classical music — how do you encourage your students to work on such aspects of their musical development?

Well, the piano students at the Royal Academy of Music all come with a very high degree of technical skill and musicianship. But I encourage them to develop other skills—curating, improvising, working with multimedia, commissioning composers, conducting from the keyboard, having a working knowledge of early keyboards—that will help them flourish at the beginning of their careers. Every summer term we run a Piano Festival, which is largely curated now by the students themselves, and it’s a testament to their incredible imagination and unstoppable energy. This year it includes live music to film, the chamber music of Peteris Vasks, a focus on Medtner, Stravinsky, and contemporary Polish music, the complete keyboard music of Ligeti, and lots of chamber music. They’re completely fearless!

We write challenges into the exam curriculum—playing a Mozart concerto and writing your own cadenza, for example—that help develop their initiative, and creative instincts. I’m thrilled that so many of our pianists are already creating their own record labels, concert series and festivals—even while they’re students. 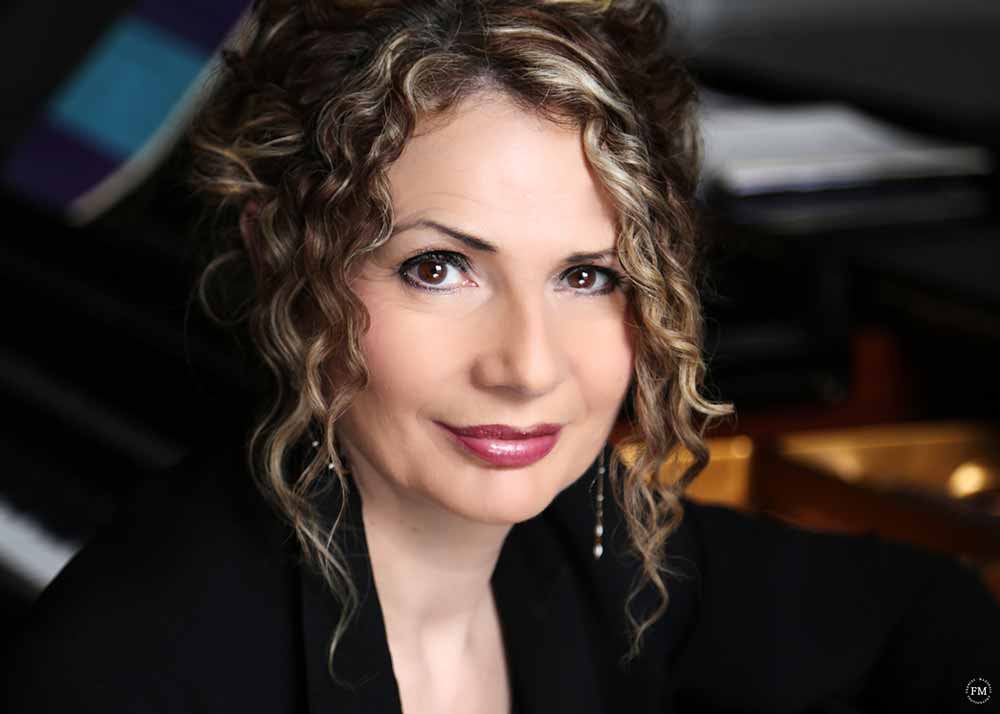 If you could step back in time and hang out with your favorite composer for an hour, whom would you choose and what would you like to ask them?

I’d like to see Mozart play K271; and watch Liszt composing La Lugubre Gondola (I’d be very happy to be invisible). I’d like to sit down and talk about life to John Cage, whom I never met.

When not music making, how do you like to spend your time?

Reading, particularly medieval writers and medieval theology, and contemporary poetry. I love the Sussex landscape, and my garden. I like early architecture and film.

5 pieces of music that collectively summarize you as an artist?

I’ve no idea about summarizing myself as an artist…! At the moment I’m deep into playing late Beethoven, late Liszt, early Ligeti, Stravinsky, and Bach’s Well-Tempered Clavier. Erik Satie, Charles Ives, and John Cage are also important to me.

What are you most looking forward to over the coming summer months?

I’ll be running Dartington Summer School and Festival all through August, and playing with lots of wonderful instrumentalists and singers. Then I’ll be preparing the complete Chopin Mazurkas, which I start recording in Aldeburgh this autumn.

To find out more about Joanna MacGregor see:
www.soundcircus.com and
www.ram.ac.uk/departments/piano/summer-piano-festival