From Arias to Airwaves: Liz Nolan

Over the past 14 years, the dulcet tones of broadcaster Liz Nolan have caressed the airwaves of RTÉ lyric fm, enchanting listeners away from the bustle of everyday life into the fascinating world of classical music.

Formerly a student of voice, oboe, and piano at the DIT Conservatory of Voice and Drama, and the Royal Irish Academy of Music, Liz has enjoyed a lifelong relationship with the arts. Upon completion of her Bachelor’s degree in English literature (Trinity College, Dublin), and MPhil in Music (DIT/TCD), she accepted a lecturing position at DIT. A Diploma in Arts Administration from University College Dublin soon beckoned. Following her appointment as Education & Outreach Officer at the Association of Irish Choirs, Liz joined the ranks of Ireland’s classical music radio station, lyric fm, in 2001. She has since become a treasured voice within the national conversation on classical music through hugely successful shows such as: ‘The Lyric Pitch’, ‘Daybreak’, ‘Lunchtime Classics’, ‘Liz Nolan’s Classic Drive’, and ‘A World of Song’.

Final Note met with Liz in the Limerick studios of lyric fm to discuss her early academic career, and life as a broadcaster.

My dad had a lovely light baritone, and entertained guests with Victorian ballads. On the way to school, he’d sing me risqué army songs he’d picked up as a boy — our secret from my mum."

Did you grow up in a musical family?

There was always music from the get go at home. My mother had a baby grand piano she loved, and most evenings you’d hear her playing Debussy, or piano scores of the old time musicals she loved. My dad had a lovely light baritone, and entertained guests with Victorian ballads. On the way to school, he’d sing me risqué army songs he’d picked up as a boy — our secret from my mum.

Tell us about your time as a student at DIT Conservatory of Music and Drama, and the Royal Irish Academy of Music.

I started off at the RIAM, learning oboe with Helmut Seeber and piano with the great Rhona Marshall. It was an immense privilege to study with such artists, I only wish I could have another crack at that opportunity now. At the DIT I studied singing with Deirdre Grier Delaney and Alison Young — that pretty much shaped my life. The kindness and inspiration I received there, in particular, Dee’s passion for French song, opened worlds of beauty to me — the music and arts of France have been my number one interest ever since.

Had you set out to follow a career as a performer?

Initially, I guess. I was onstage at local Feiseanna from the age of 6, and I became known as the ‘performer’ in the family. But I wouldn’t have been able to handle the pressures of a vocal career, and by that stage I was more interested in study, anyway.

As a teacher at DIT, were you attracted to the world of academia?

Oh, for sure! It’s very tempting to be locked away in your little world, following paths of learning. But again, academia is a tough arena, and a heck of a discipline — I don’t know whether I’d have had the wherewithal to make it my main focus.

Why did you decide to pursue a qualification in arts management?

Simply, I wanted a change. There are so many windows, and aspects, to the arts, and I wanted to do more. Also, the prospect of managing and shaping arts events was hugely enticing.

What did you learn from your time as Education & Outreach Officer at the Association of Irish Choirs?

It’s a lot of work! My time there was a fantastic learning curve, dealing with every aspect of my brief, from long term strategy to the smallest operational details. I’ve always been interested in music education, and spent several years as secretary of the Kodály Society of Ireland, so that experience stood me in good stead.

How did the move to lyric fm come about — had you always wanted to be a broadcaster?

I’d never dreamed such a thing was possible. I largely regarded broadcasters as these august orators — the idea of being on radio would have terrified me. Anyhow, I got my chance in lyric through a lucky phone call with Eoin Brady — now my producer, for his sins! I took a massive chance — gave up my job, made myself available for deputy work, and hoped that I’d be given further opportunities. I got lucky, and I learned very fast.

In my book, there’s an unofficial rule of thumb: the greater the artist, the more extraordinary skill — the less ego they’ll have."

Lyric is a small, lean operation, with a few highly skilled people doing a lot of different tasks. By this stage we all know each other very well, and there’s a good degree of inter-reliance and trust. I’m exceptionally lucky in the people I work with, particularly Eoin. There’s a huge range of musical and arts interests on the floor, and we can draw on each other’s skills.

What constitutes a ‘good’ interview?

Trust is a major factor — without that, there’s no rapport. In my book, there’s an unofficial rule of thumb: the greater the artist, the more extraordinary skill — the less ego they’ll have. They just want to talk about the music, and how great it is, and I just get the biggest zing from those interviews.

How do you prepare for your shows?

Work starts with listeners’ correspondence — comments, queries, all the rest. Then listening to new releases, researching events, composer anniversaries, and the like. Forward planning for outside broadcasts and interviews often takes up an hour or so — and then there’s putting together the running order of music for the evening! As well as the Monday to Friday gig, I also have a specialist show on Sundays, ‘A World of Song’. I allocate time to collecting and sorting materials for that on a daily basis.

Do you have a preference for sitting behind the microphone in the studio, or performing on stage?

The balance of the two works best for me. Great to be in studio, great to be out and about.

Over the course of your broadcasting career so far, do any interviews stand out in particular?

What do you love most about presenting the ‘Classic Drive’ show?

I get excited about the show on a daily basis. There’s a pure joy in putting together a selection of really, really great recordings, and balancing them in a way to suit people’s activities at that time of day. Listener responses are always so positive, and it’s a buzz when someone discovers a piece of music for the first time on your show.

How would you define your distinctive style of broadcasting?

Hopefully, informed but not stuffy. I’d never want to offend anyone, but at the same time I’m not delivering a lecture. Music is there to be enjoyed; it’s a sensuous gift.

What does ‘classical music’ mean to you?

I’m aware that the term has been used as a stick to beat people up with — some kind of social or intellectual point of differentiation, which is ludicrous. For me, classical music is the world. It encompasses every emotion, and vision, and beauty.

Do you still sing or play the piano and oboe?

I gave up the oboe at an early stage — a choice had to be made between that and my vocal studies. I’ve got a little upright at home, and some nights I sneak in a bit of practice. I sang weekly in a choir until my little boy was born. Since then, the complications of work and child minding have put the warbling on hold! 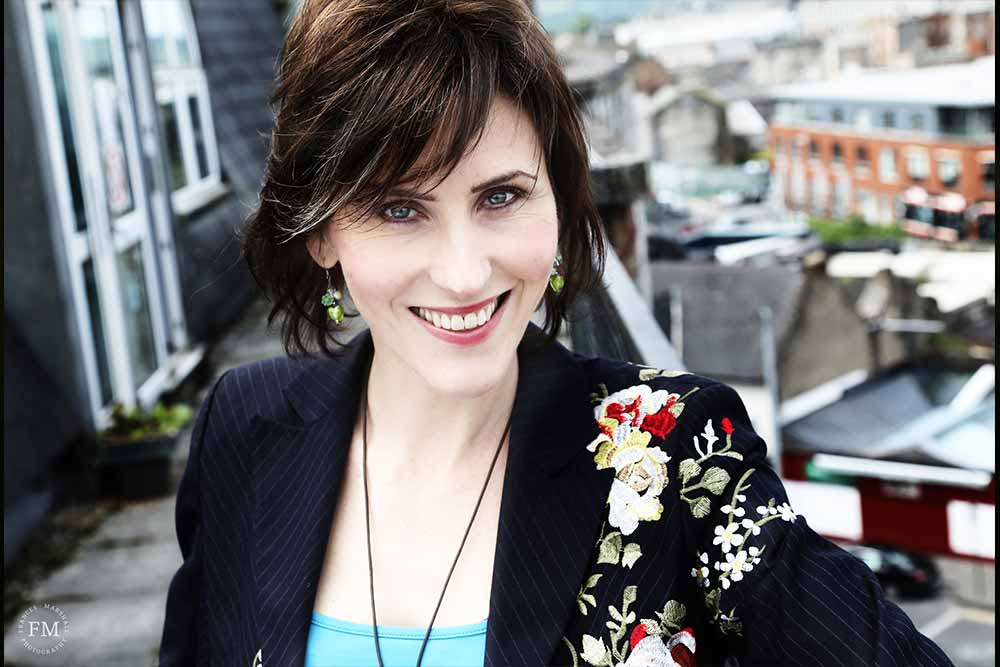 As a lover of literature, what are you reading at the moment?

I’ve just finished a collection of short stories by Flannery O’Connor. Currently, I’m racing through a debut novel by Jessie Burton, The Miniaturist, set in seventeenth-century Holland. Next, there’s that new biography of Chaucer to check out.

What gets you up in the morning?

If you had to compile a soundtrack of your life so far, what tracks would you list and why?

What do the coming months hold for you?

School holidays and long evenings of sun (hopefully). I look forward to heading to Europe for a week or so, and catching up on a few summer concerts and events taking place around Limerick.