The Age of the Countertenor: Nicholas Clapton

For centuries the countertenor voice has been grossly misunderstood and marginalised within western musicological writings and treatises on vocal pedagogy.

However, thanks to the efforts of singers such as Alfred Deller, Russell Oberlin, James Bowman, and Andreas Scholl, the pendulum has swung neatly in favour of this most beguiling of sounds within the vocal stratosphere of classical music. Extensive scholarship within this field has given rise to a variety of illuminating offerings from the pens of those such as Peter Giles, Maxine Handy and Simon Ravens. One notable pioneering musical figure within this discourse is the fine English countertenor and author, Nicholas Clapton.

As one of the first modern countertenors to go beyond “accepted” repertoire, Clapton has garnered international acclaim from the critical press for his remarkable interpretations of Romantic song, the heroic castrato repertoire of the Baroque period, and twenty-first century opera. Clapton’s groundbreaking biography of the last castrato, Alessandro Moreschi, Moreschi and the Voice of the Castrato, led to an invitation to curate the exhibition ‘Handel and the Castrati’ at London’s Handel House Museum in 2006, and to present a documentary, Castrato, for BBC4. Among many writing projects, Clapton has recently published a Kindle edition of his book Thoughts on Singing.

We recently caught up with Clapton in Oxford to chat about his career as a countertenor and his passionate interest in the realm of the castrati.

Many teachers then hadn’t the faintest idea what to do with a countertenor. They were either scared of damaging the voice, or didn’t think it was a real voice at all."

Tell us about your early studies in Oxford.

In the ’70s the Oxford course was undergoing quite a lot of change, and my year (1974) saw the beginnings of this, especially in the history of music courses. However, study was still very unstructured, lectures optional, a lot of the dons couldn’t really teach, never having found anything difficult, and so forth. I was far too immature as a person and musician to benefit from a lot of what was on offer, though I did have a great time performing — I was a moderately good oboist then, and opportunities for playing early instruments in quite a serious way were beginning to emerge.

Did you set out to establish a career in music, or was it just by happenstance?

I thought at first I might be a composer, but also became interested in research. I didn’t get a good enough degree to get funding for a doctorate, so I tried the music library path.

When did you decide to develop your countertenor sound?

My voice broke very late, and very slowly, so it wasn’t until I was in my early 20s…after university.

Did you encounter any early stigma surrounding teaching attitudes towards the countertenor voice?

Many teachers then hadn’t the faintest idea what to do with a countertenor. They were either scared of damaging the voice, or didn’t think it was a real voice at all. I remember one famous singer and teacher asking me (in 1986): “what am I supposed to do with you?” Such attitudes are still around today, though thankfully much, much rarer…as they should be.

What attracted you initially to the Castrato repertoire of the Baroque era, and how did you become interested in Alessandro Moreschi?

A general interest in the Baroque period — then perceived as core repertoire for a countertenor. Moreschi, perhaps initially, from his poignant status as ‘the last castrato’, and then from the extraordinary recordings.

What did you learn from writing such a book?

I loved writing this book, and I learned how much I love writing from this very process.

Do you have any further writing plans?

Yes, but I’m keeping them to myself…

How have attitudes towards the role of the countertenor changed over your career?

Almost beyond belief. Countertenors at conservatoires now sing a very wide repertoire, including Romantic music. 30 years ago, many a music college would just refuse entry, point-blank. In 1985 I was joint winner of the countertenor prize at the Viñas competition in Barcelona. This had only been established the year before, because the best male singer in the competition by a mile was a countertenor, but some members of the jury refused to award him the first prize, saying that the countertenor wasn’t a real voice. That does still happen now and then. In my opinion, one of the biggest and most prestigious of all singing competitions retains that prejudice — no names… However, c-ts are now on stages and concert platforms everywhere, on magazine covers and winning awards, wowing everyone — quite right too!

What do you do to nurture interest in Early Music in your students, and what aspects of your own training do you try to pass on?

I am absolutely against the ghettoising of Early Music (what does that term mean anyway?) Singing is singing, good or bad, and a lot of rubbish is talked in relation to style. Sensitivity to how music works should be of the utmost importance for the performance of music of all periods, rather than a surface rightness — a so-called authenticity. I am always telling students about repertoire they may not know. For example, late Baroque opera other than Handel (Porpora, Vinci, Hasse), classical composers from the later 18th century other than Mozart and Haydn (like J. C. Bach, and Mysliveček). Otherwise, I was very lucky to have been taught by people with an amazing knowledge of vocal technique, and I try to pass on what I can. 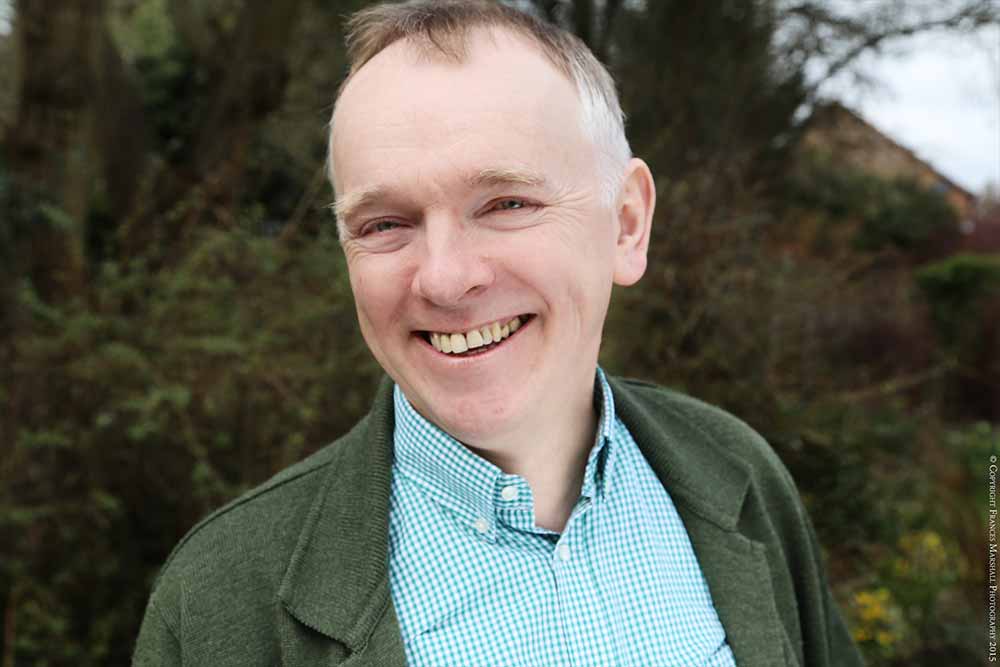 As I get older I turn more toward 19th- and 20th-century song repertoire. I think that will keep me busy for many years to come!"

Having premiered such a vast array of ‘New Music’, what do you find most exciting about Contemporary Classical Music?

Investigating boundaries, stretching techniques, discovering new sounds, can be an excellent part of making a new work (after all, that is what Caccini and his friends were doing in the Nuove Musiche of the early Baroque), but not all contemporary composers still have sufficient knowledge of, or interest in, how the human voice works.

What have been your most challenging and enjoyable roles to date?

The most difficult vocally, in sheer physical terms, were Serafino in The Intelligence Park, and Pleasure in The Triumph of Time and Truth by Gerald Barry. The most enjoyable: anything I have ever sung by Handel, who really understood the human voice as well as any composer in history.

Is there any particular repertoire that you would like to tackle in the future?

As I get older I turn more toward 19th- and 20th-century song repertoire. I think that will keep me busy for many years to come!

Tell us about your involvement in the forthcoming Bel Canto course in Dublin in July.

It was Robert Toft’s idea. He asked Emma Kirkby and me whether we might be interested, and I am honoured and delighted to be part of this new enterprise. As far as I know, there has never previously been a course centring on early bel canto from, say, Caccini, to Donizetti, and backed up by some serious research. I shall be teaching technique and interpretation: we need to get the rhetoric right (insofar as we can), and recognise both the importance of this repertoire, and the continuity of a tradition.

Your recently published Budapest, City of Music — how did your association with Hungary first come about, and what draws you to that country?

In 1995, while teaching for the first time at the Dartington International Summer School, I was invited by that great musician, László Dobszay, who was giving his amazing Gregorian Chant class there, to go and work in Hungary. I went four times in 1996, and instantly fell in love with the people and the culture — an affection which endures. I have been going there ever since, several times a year. In spite of the tides of modernity and political changes, it is still somewhere very much ‘other’: individual, striking, never dull. I love being there, and the musical traditions are still very strong.

What are your plans for the forthcoming year?

I hope to begin work on one of my secret books!