Made to Sing Mozart: Anna Devin

As a respected figure in the world of opera, soprano Anna Devin enjoys a busy, vibrant international career.

Particularly lauded for her interpretation of the music of Mozart, the Irish singer has garnered significant attention for her recent dramatisations of the roles of Susanna (Le nozze di Figaro), Galatea (Acis and Galatea), Governess (Turn of the Screw), Countess Adele (Le Comte Ory), Marie (Fille du Regiment), Morgana (Alcina), Gretel (Hänsel und Gretel), Ilia (Idomeneo), and the title role in Semele, among others. As a recording artist, Devin’s voice has been immortalised on labels such as Hyperion, Signum Classics, Royal Opera House, and Accent.

No stranger to the concert stage, Devin’s extensive repertoire comprises a diverse offering of sacred and secular works. She has appeared at the BBC Proms, Carnegie Hall, London Handel, Göttingen Handel, Brighton Early Music Festival, and Belfast Festival. Devin has sung with numerous orchestras including those of Hallé, RTÉ, NSO, Ulster, Minnesota, Houston and Charlotte. Her performance with Brisbane Baroque earned Devin the Best Supporting Singer in an Opera at the 2015 Helpmann Awards Australia.

An alumna of the Royal Opera House’s Jette Parker Young Artist programme, Royal Irish Academy of Music, Guildhall School of Music and Drama, the Britten-Pears YAP and the National Opera Studio, Devin’s catalogue of awards and honours include the Maggie Teyte and Miriam Licette Scholarships, Stuart Burrows International Voice Award, Singers’ Prize at the Gerald Moore Awards, and the Audience Prize in the London Handel Singing Competition. She is also an Associate Artist with Classical Opera, with whom she records and performs regularly.

Aside from her work as a touring musician, Devin is also an Ambassador for the British Dyslexia Association. We caught up with the soprano ahead of her performance in Handel’s Messiah (9th and 10th December) at the Waterfront Hall in Belfast to chat about life as a professional singer, her relationship with Mozart, and dealing with performance nerves.

When did singing become your choice of career?

I first went to see an opera when I was 6 at the Gaiety [Dublin] and completely feel in love with it. The opera was Le nozze di Figaro and Regina Nathan was singing Susanna. My mum said I turned around to her after the show and said I wanted to play Susanna. That was when my love of opera started, and my dream of being a singer. For some reason, upon leaving school, I had other ideas and decided singing wasn’t the path for me. But after 2 years of a degree in Multimedia, and too many essays for a dyslexic to handle, I decided I would look into changing my path. With the guidance and amazing support of my teacher, Colette Mc Gahon, I took a year out and re-applied to study music performance at the Royal Irish Academy of Music. After many years of studying in Dublin and London, I can now finally call it my career.

Given the highly competitive nature of your profession, how do you ‘stand out from the crowd’?

I think the most wonderful thing about being a singer is that if you stay true to your voice and personal style, you will always be completely unique. Nobody in the world can make the same sound as you, because your vocal chords can only be used by you. This to me is the big difference in being an instrumentalist and singer, and if you stay true to it, this will make you stand out from the crowd.

I think the most wonderful thing about being a singer is that if you stay true to your voice and personal style, you will always be completely unique."

Having recently performed in Scottish Opera’s production of Le nozze di Figaro, how would you define your relationship with Mozart?

As I said earlier, Mozart was where my love of opera started. After Figaro I saw Die Zauberflöte in the Gaiety and loved that just as much. I don’t know if I knew then that my voice was made to sing Mozart, or it was just luck, but by the end of this year I will have done 34 performances of Le nozze di Figaro and I NEVER get bored of the music. Every night there is something different to listen to.

For me Mozart is the perfect companion for a career in opera, because he wrote such a diverse range of music that you can grow into as a performer. I started out with Zerlina…I’ve sung many Susannas, and next year will sing my first Fiordiligi. He has so much to offer the voice, and this is why he is a friend to me! 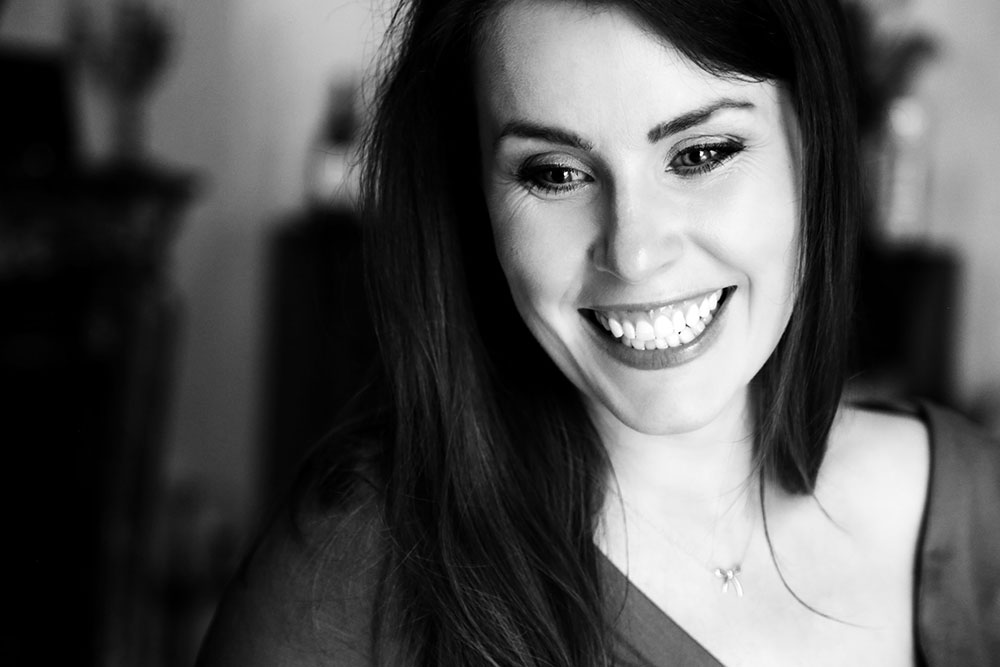 If you could jump into the magical world of any opera for a day, what would you choose and why?

I love Massenet’s Werther and would adore to sing either Charlotte or Werther. They are written for Mezzo and Tenor, but it is the most beautifully intense, real, love story. I will never sing either role, so for fun, this would definitely be my choice.

How do you handle performance nerves?

For me it’s very important to be fully prepared for every concert and opera engagement that I do. If I know I have done the hard work at home and the role is well sung in, then my voice is ready to go, and we can have fun together. I have been in some nerve-wrecking situations such as going on as a cover at Covent Garden with very little notice. If I hadn’t been prepared, I don’t think I could have walked on the stage.

Maintaining a balanced career as an opera singer and a concert recitalist can be challenging and exciting — what do you enjoy most about this aspect of your profession?

I love the variance both platforms give you as a performer. The biggest difference is the proximity to the orchestra: when you’re on stage in an opera, you have to completely rely on the conductor for keeping you in time, as you can’t always hear the orchestra. When you step on stage for a concert, you hear every detail right behind you, and I love that. The most different situation is that of song recitals. They offer the most incredible intimate experience, which is a huge challenge. Being lucky enough to have all these different experiences, and to feel the audience’s reactions, is the most enjoyable part.

At this stage of your musical development, how would you define your style?

Gosh, that’s a tricky question. With all the music I sing, there is a natural change in style required, however, I tend to look at it all from the perspective of bel canto. By using breath and legato to create the line, you will always have a beautiful sound from which you can then communicate in the freest way. ‘Communication’, ‘musicality’, ‘elegance’, ‘honesty’, and ‘freedom’, would be the words I would most associate with my singing.

Do you have any guilty pleasures stored away in your iTunes/Spotify library?

I have enough music in my life and in my head at all times, so I try to embrace silence when I can! But if a great pop tune comes on the radio I do love to dance along.

Tell us about your role as an Ambassador for the British Dyslexia Association.

As I am on the road a lot, and my diary is very full, my job as an Ambassador for the BDA is to be a role model for others to encourage dyslexics to follow their dreams and succeed. I am here if anyone needs to talk. I will be speaking and singing at the annual ball this year which will be a great honour. 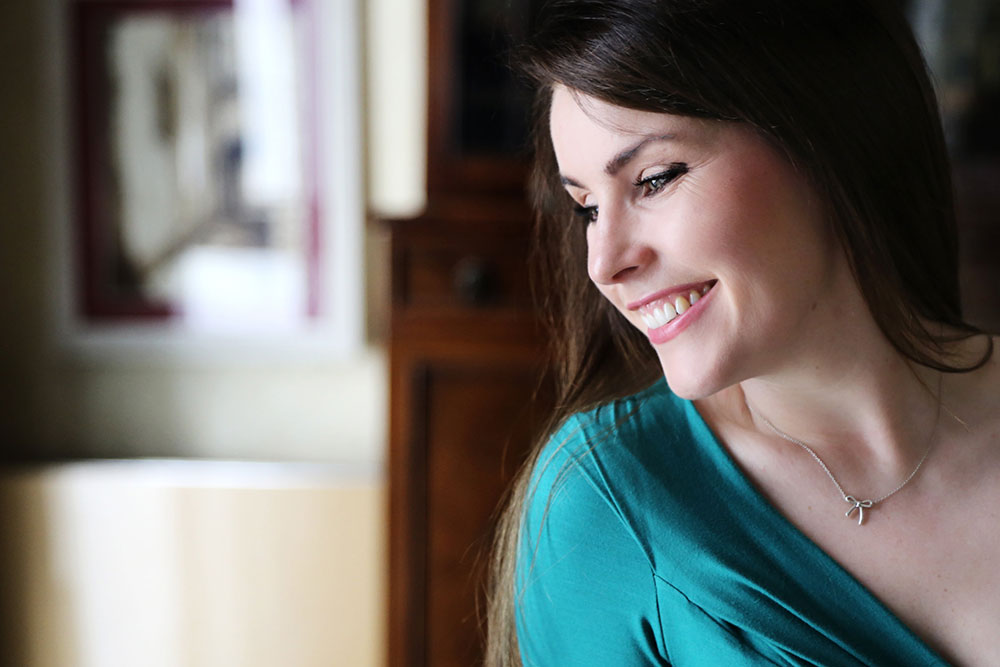 What’s next in the pipeline for you?

I am appearing with the RTÉ Concert Orchestra at the National Concert Hall on 13 December for a night of beautiful music inspired by Vienna. From 20-22 January, I will be performing in recital as part of Music for Galway’s Midwinter Festival. In the 2017/18 season I have some really exciting role and house debuts. I start off debuting at Theatre Real in Madrid…this city is so vibrant and the house has a fabulous energy, so it will be an exciting start to the season. This will be followed by a role debut as Fiordiligi, which sees me move up into slightly heavier Mozart repertoire. In preparation for this, I have just started learning it a year ahead so my voice has a chance to develop into the role before we start rehearsals. I am also making my debut in the title role of Handel’s Semele at the Karlsruhe Händel Festspiele in early 2018. I feel like this role was written for me. There is so much fun and nuance and drama within the character that comes out in the most wonderful music, so to stage it will be fun. Lastly, no announcement has been made yet but watch out for Kilkenny Arts Festival 2017, as I’m debuting one of my all-time favourite roles. I’m so excited to be doing this at this festival as we had a wonderful time producing Idomeneo last year.