Renowned for her incredible sense and depth of perception, we met with conductor and harpsichordist Bridget Cunningham in London to discuss her inspirations and career path along with the recent recording of Handel’s Queens with London Early Opera.

...which is part of the fun – seeing something come alive from scratch from the original manuscripts, making orchestral parts and perhaps discovering something that has not been heard for 300 years."

When did you first move towards conducting?

My passion for conducting started from playing the violin and harpsichord in orchestras, singing in choirs and having the chance to study conducting at University as well as the harpsichord where I experienced directing a range of music from the baroque to modern day. This gave me a good foundation for conducting Beethoven, Elgar, BBC TV and radio commissions and larger scale works.

Regarding baroque repertoire, directing was a natural progression from playing the harpsichord which is fundamental to understanding and directing baroque opera – just as Handel did. Continuo playing is a craft and takes years to master as it is important to play solo and continuo harpsichord very well before directing from the harpsichord. Although I won various intercollegiate competitions and prizes for solo harpsichord playing whilst at the Royal College of Music London, I also trained and was awarded prizes in continuo playing which is vital as the harpsichord is such an exposed and perfect instrument and the touch is completely different to the organ and piano on which I had also trained.

Who is your greatest Muse/Inspiration?

Every day I am inspired by fellow musicians, singers, editors, theatre directors, costume designers, producers, researchers, historians and musicologists and some of my deepest inspiration comes from harpsichord players such as Robert Woolley as well as from conductors including Paul Daniel, William Christie and the late Christopher Hogwood and Leonard Bernstein.

Of course today Marin Alsop is doing amazing things in her own right as an outstanding and innovative conductor but also she is at the forefront of progressing women’s careers which is vital. Female conductors still do need regular opportunities of work and podium time to improve technique and to build a relationship with the orchestra and singers. One of the reasons I set up London Early Opera was to give myself a platform for my projects to flourish as I am a conductor, a woman and a mother and although these things do not always necessarily relate, I want people to say, “She is a great conductor, I want to listen to her” rather than to say she is a “female conductor”.

Why did you choose to specialise in Early Opera?

From working with the voice and coaching singers from conservatoires, ENO, the Royal Opera House and Glyndebourne and using all my skills as a conductor, harpsichordist, vocal coach and historical performer, Early Opera has always been at the forefront of my career, as well as it being an absolute delight of course as this music is thrilling and refreshingly beautiful!

I also research and edit baroque opera in libraries and collections which is part of the fun – seeing something come alive from scratch from the original manuscripts, making orchestral parts and perhaps discovering something that has not been heard for 300 years. 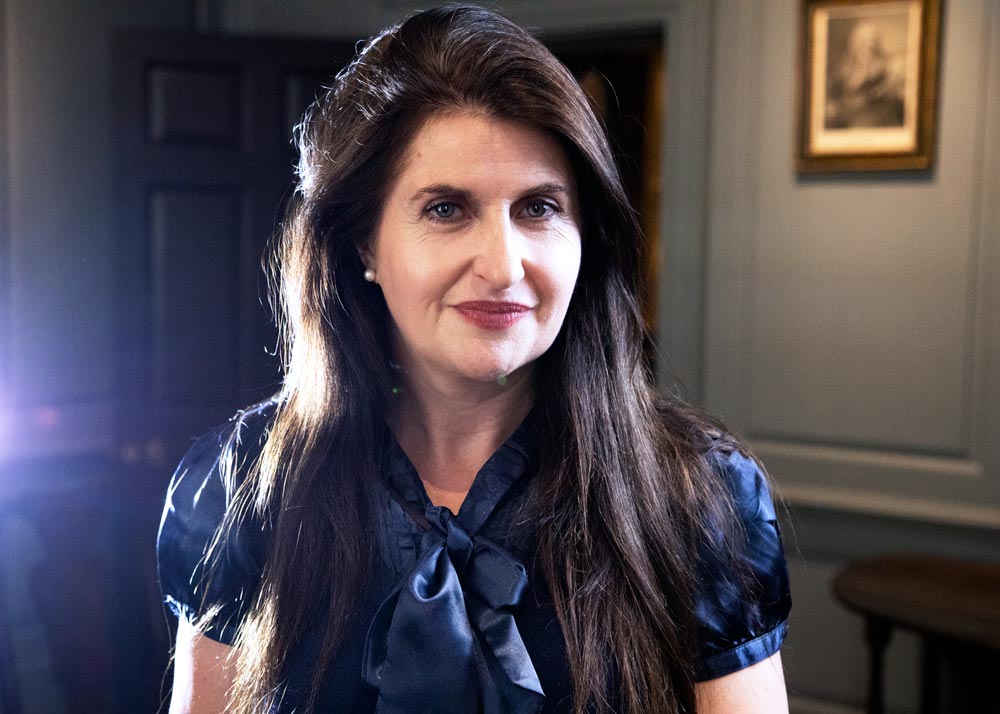 Music itself is a saving grace of course and sustains and renews creative energy anytime of the day."

You’re constantly creating new and exciting projects, what daily practices do you do to keep yourself creatively energised?

Thank you, so thrilled that you like them! Prioritising and making lists, practicing, keeping healthy… grit and determination come into it too!

Being around likeminded people with a similar work ethic helps and London Early Opera are an incredible and inspiring band of musicians, singers and historians who work with energy and vitality. Music itself is a saving grace of course and sustains and renews creative energy anytime of the day.

Where did Handel’s Queens come from?

Handel’s Queens is the latest double album in our series of Handel recordings for Signum Records with London Early Opera. After researching the voice types of Handel’s original singers and recording albums including Handel in Italy covering Handel’s early sojourn and Handel at Vauxhall – which focuses on 18th century English repertoire, I decided to look more in depth at the repertoire of his original singers who he wrote specific arias for. From this we can learn a huge amount about their strengths and what these singers were capable of and prove the point, that like today, singers should not perhaps be stereotyped to only sing in a certain manner or style as more often than not, they can adapt to sing many different kinds of repertoire.

From my own research and akin to our modern day Royal Family – Diana and Fergie or Megan and Kate, Handel’s female singers were set up by the press to be seen as rivals. The eighteenth century London press issued misogynistic satirical pamphlets, images and articles inventing a story that Cuzzoni and Faustina fought on stage and clawed at each other’s wigs with fisticuffs. As this did not happen and it was normal on the continent for two leading female singers to perform together on stage as a pair of prime donne, I am hoping this album Handel’s Queens sets the record straight!

What drew you towards the soloists?

Initially I was looking for two technically competent and contrasting singers who could sing anything and not just a particular style in which Handel’s singers were often stereotypically associated with. Cuzzoni was linked to the older fashion of excelling in pathos-laden slower arias and Faustina was a paragon of the newer Allegro style, whereas in fact the repertoire clearly indicates that they could both sing a range of music.

On Handel’s Queens we have two phenomenal singers who can do just this – Lucy Crowe singing Cuzzoni’s arias and Mary Bevan singing Faustina’s roles. I have been fortunate to work with Mary, Sophie and Benjamin Bevan in my previous recordings and Lucy Crowe was keen to join us on this amazing journey. 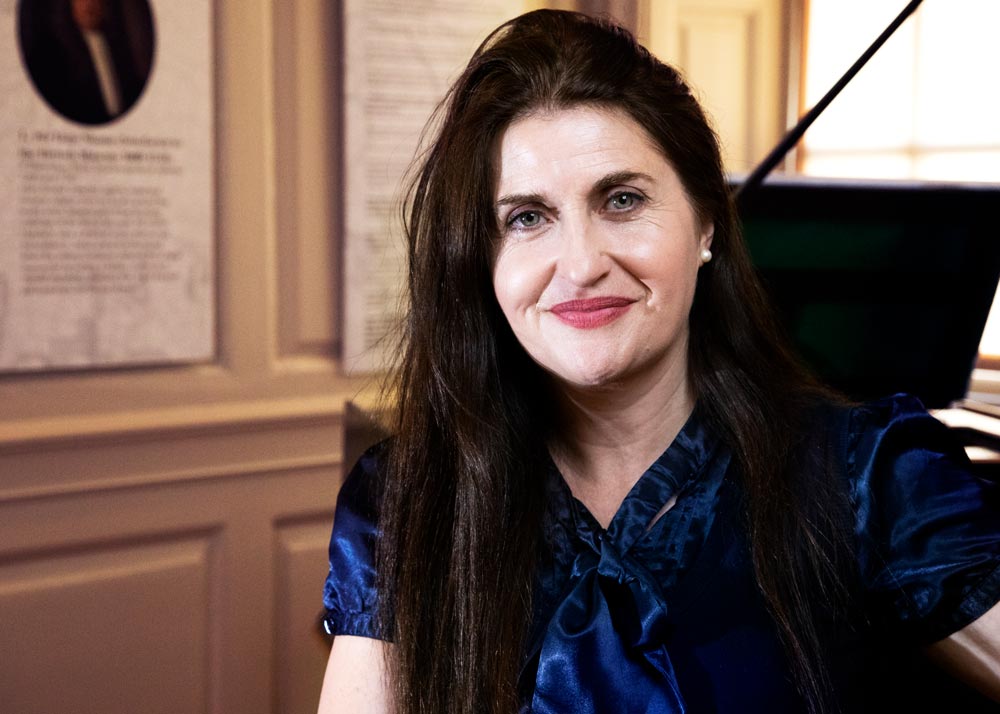 What’s special about this recording?

Taste is of course very personal but I think Handel’s Queens is special as it mixes the more popular Handel with world premiere recordings of unknown works which I have found and edited and it displays finesse by pushing the sound world to its boundaries – for example we added a bass violin for a richer and deeper line and added baroque and Italianate ornamentation to showcase both the voices and instruments.

The 15 previously unrecorded tracks on this double album are exquisite and show off different aspects of the voice as well as span the whole careers of Cuzzoni and Faustina showing a development in music and composition as a whole across Europe in the 18th century. Also the extensive booklet notes set the scene summarising my own research putting the music in its correct historical context.

I am currently continuing this Handel recording series with Signum Records and am researching more baroque operas and making new editions.

Next up I am also continuing performances across Europe for the forthcoming season and am conducting a new String Festival in the UK focusing on Tartini and Beethoven. As I am continually busy finding new repertoire to conduct and perform, I am also seeking to work with an international agent to help me get further with concerts and operas in order to share this glorious music with people throughout the world and my passion for Handel!

To find out more about Bridget Cunningham see: bridgetcunningham.org.uk