Disruption for
Diversity with
Chi-chi Nwanoku

Internationally renowned double bass player and Founder, Artistic and Executive Director of the Chineke! Foundation, Chi-chi Nwanoku OBE is tackling the classical music industry’s diversity issues from the top down.

Final Note Magazine met with the self-confessed disruptor to discuss her empowering upbringing, how the power of change lies with the gatekeepers of classical music and the upcoming national celebration of the first Stephen Lawrence Day with Chineke! Orchestra at the Southbank Centre.

There needs to be more cooperation, understanding and tolerance in today's society and music helps to create that."

You’ve always spoken so positively about your parents. What life skills have they given you?

I would sum them up in that my father, who was Nigerian, gave us our identity and our mother, born in Ireland, politicised us. When we moved to Berkshire in the 1970s, my younger siblings were sometimes stopped by the police on their way home from school and being brought to the police station on “SUS” – it was horrific and very wrong. It crushed my father, but he couldn’t go to the station himself for fear that he too would be arrested. So my mother would go down every time, have the argument until they stopped arresting my teenage siblings for fear of having to deal with her.

My mum was something else. When she was being educated by the nuns in Ireland and forced to recite Latin, she’d put her hand up to ask what the text meant, and instead of answering her they beat her. Every day she still went in and asked the same question until they stopped beating her and finally explained it to her. She instilled us to question, she was a disruptor and I definitely got that from her. My daughter, Phoebe Hugh, is exactly the same and she was recently listed in Forbes 30 Under 30 in Europe. My dad was very trusting and believed in mankind; he was wise, kind and innocent. They both had an incredible sense of humour and had a gift for putting a different spin on things. To give you an example, in reaction to the infamous signs in the UK that read ‘No blacks, No Irish, No dogs’ they would look at each other and say, ‘well, we don’t have a dog so let’s see if we can get in’.

You’re a big advocate for the group participation style of music education. In your opinion, what are the main benefits?

Today we are surrounded on a daily basis by kids who don’t know how to communicate with each other; music breaks down this barrier. Things happen in music and no words can explain it. When one is being steeped in a world where you’re communicating through music and harmony, it cannot be underestimated. There needs to be more cooperation, understanding and tolerance in today’s society and music helps to create that. These skill sets and mindsets are at the core of what happens when people play music together.

I was playing in a recorder ensemble when I was six and it was amazing. From this little wooden tube with holes, I learned so many things. A small group of kids formed at lunchtime who just wanted to play together. We were given the recorder and a sheet of music, and from that, we had instructions for our left and right hands, when to breath and the sound itself happening all at the same time. All those senses were being sparked off, stimulated and pulled into action just to play one note on the recorder. The processing starts the second you look at that dot on the page and when you’re all working together to make that happen, you’re using so much of your psyche and most importantly you’re not just listening to yourself. You’re learning to listen to those either side of you and figuring out whether you’re fitting in on the same note.

After a while, they gave us different recorders and it was then that I discovered harmony by playing my first bassline – I was hooked. There is no other thing on this earth that a child could learn that betters that experience. Regardless of whether you become a chef, plumber, doctor, you’ll be better at it if you’ve studied music. It should be the first subject that everyone is taught in school, not the extracurricular afterthought.

Tell us about your journey as a classical musician.

When I was a child I didn’t consider myself a “classical” musician, I was a musician. I remember the moment when I realised that I was suddenly part of this elitist bubble and it annoyed me, but by then it was too late, I was completely hooked by the music. It’s probably true to say I never felt 100% part of the scene; how could I, classical music is the last bastion of white supremacy in the arts. The superiority that exists in the industry is very intimidating for people who may not have studied it. This is a big problem in my industry and I’m doing everything I can to improve it.

Why do you think this has happened?

It’s human nature that people want to reflect themselves all the time, but I slipped through the net. I had a particular kind of raring where my parents made me feel like there was absolutely nothing I couldn’t do. We didn’t have money, but we never felt poor. We were swamped with love and security, but not pampered. It was an insane amount of love that I experienced in my childhood, I had an incredible upbringing. So who was going to stop me? It didn’t even occur to me that I wasn’t going to do what I was good at. However, my parents would say, “through hard work and perseverance, you can achieve anything”. Looking at that now I would say that’s quite naive. In many instances I’ve had to work twice as hard to get half as far, and there’s still no guarantee your face will fit.

When you ask me why is classical music like this, you need to look at the time when Western civilisation exploded into lavishness. Think about what was going on in the world at that time; it was a period that witnessed the greatest acts of depravity with the enslavement of Africans. The wealth, resources and riches of Africa were being pillaged. This funded Western art form, every aspect of it, as they raped and rocked Africa. As a societal issue, the biggest problem is that black people have been demonised to make them seem like animals in order to justify how they were treated. Africa is still recovering from this, I don’t think it will recover in my lifetime. 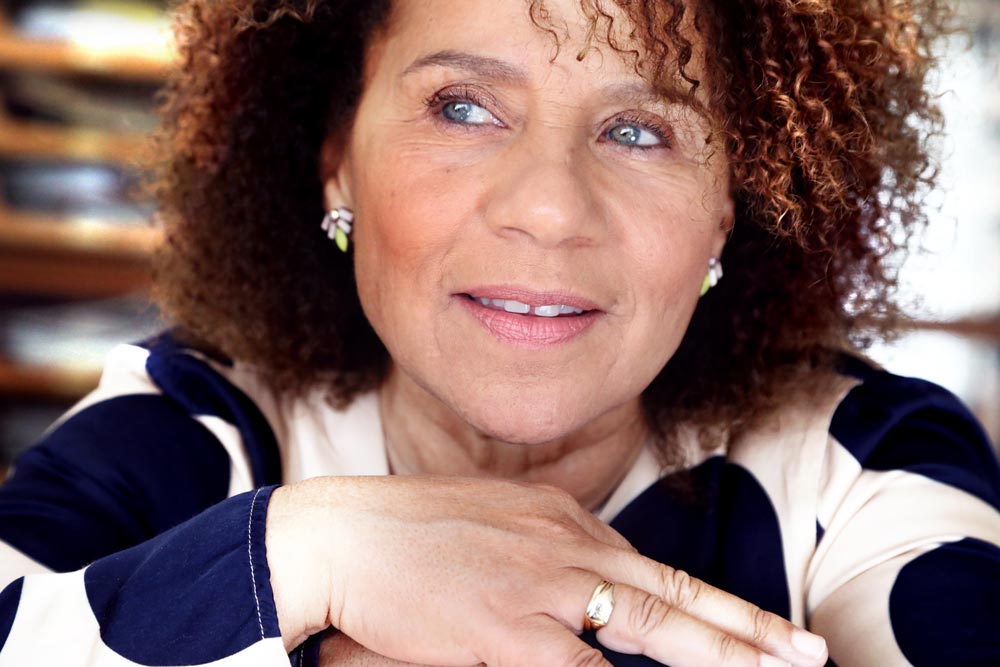 Don’t get me wrong, it's a start to sprinkle a few diverse artists on stage, which is the face of the company and what the audience sees, but it's still being controlled by white gatekeepers."

How can the classical music industry effectively address diversity today?

Many orchestras are creating diversity programmes to encourage diverse artists and that’s great, but the issue is not only there, the problem is that Boards, Managements and 99.999% of the music they play remains completely white. Don’t get me wrong, it’s a start to sprinkle a few diverse artists on stage, which is the face of the company and what the audience sees, but it’s still being controlled by white gatekeepers. The people who are curating repertoire, making hiring decisions and running the show also need to be diverse. Don’t tell me that an organisation is diverse until it’s from the top of the company right down to players in the orchestra pit.

If a 6’ 2” black musician performs for an all-white panel, the colour is registered even before the gender. That’s what happens and it’s a fact, so put the screen up! I’ve managed to get the screen up in many orchestral auditions, but the screen needs to be up for all of the rounds. The orchestra of the Metropolitan Opera in New York leaves the screen up until there’s only one musician left. If you want the evidence, all of my black colleagues in America won their positions in professional orchestras only through screened auditions – need I say more.

I would recommend everyone to read Reni Eddo-Lodge’s best-selling masterpiece ‘Why I’m No Longer Talking to White People About Race’. This book answers a lot of things, it’s a very difficult time right now. 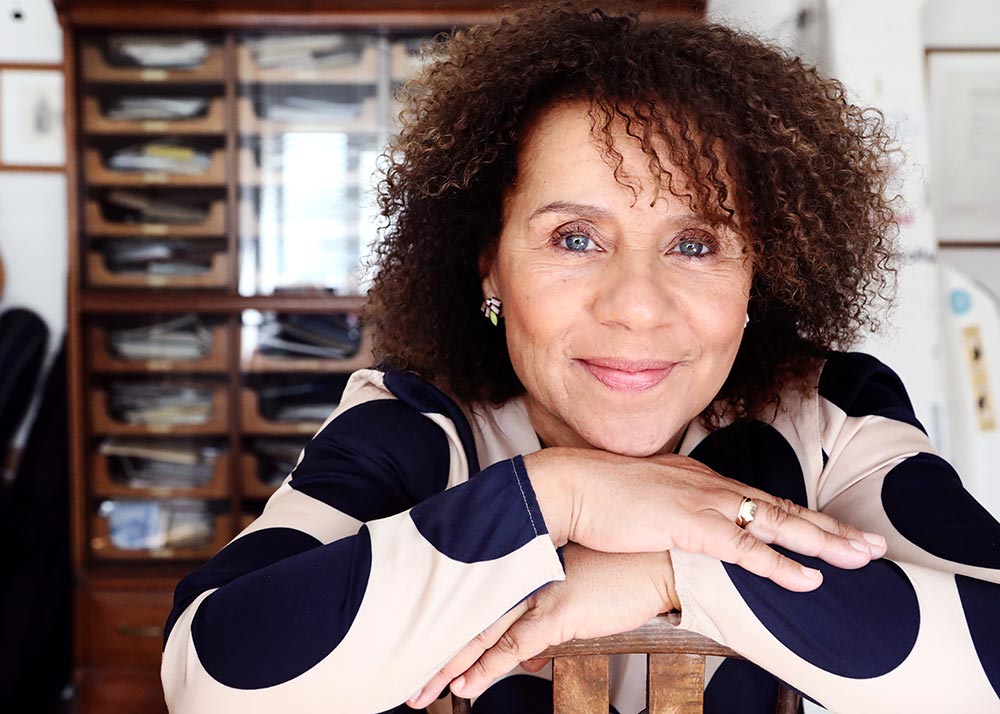 I was told the talent was just not there. However, when I started digging I found that the talent ran very deep."

Where did the idea for the Chineke! Orchestra come from?

When I wanted to start the Chineke! Orchestra I was told that I wouldn’t be able to do it because there ‘weren’t enough people like me’. I’ve had many people say, it’s not ‘your’ sort of music. How can someone look in my face when I’ve been on the international classical music scene for 35 years and tell me with such authority it’s not music for my sort of people? I was told the talent was just not there. However, when I started digging I found that the talent ran very deep. So along with the professional orchestra, I founded a junior orchestra at the same time. We needed a pipeline of kids from all over the UK.

I bring brilliant artists like Billy Hunter and Tai Murray over to play with the orchestra because not only are they world class musicians, the youth orchestra can have a mentor who looks like them. When our kids graduate and start doing auditions they will already have had four years playing with professionals. Sheku Kanneh-Mason was the fourth cello in the professional orchestra when he was 16, while at the same time was leading the cello section of the Chineke! Junior Orchestra.

Tell us about Chineke! Orchestra’s upcoming concert at the Southbank Centre.

The Southbank Centre is a very special place for the orchestra. When I brought the idea of the orchestra to Gillian Moore, Director of Music, she said: “Chi-chi we’ve waited for years for someone like you to come forward with an idea like this”.

The Prime Minister announced that April 22nd will be officially named Stephen Lawrence Day as it marks the anniversary of his murder and our concert will celebrate his legacy. The evening concert is going to be a fantastic collection of music composed by Wallen, Herbert, Montgomery, Coleridge-Taylor and to finish it off we’ll perform Beethoven’s Symphony No.8. Philip Herbert’s composition Elegy: In memoriam – Stephen Lawrence, is a tribute to Stephen and a beautiful piece written for 18 strings; every part representing each year of his life when he was taken from us. The Chineke! Junior Orchestra will also perform the piece earlier in the day as they are teenagers and this piece is extremely relevant to them. Another important event is the pre-concert talk which will deal with the subjects which are closely related to Stephen Lawrence – issues of social injustice, racial discrimination and gang culture.

Every concert we do is purposeful, and at this point in my life, I’ve never had more purpose.

For more details about Chi-chi Nwanoku and the Chineke! Orchestra:
www.chineke.org

Details about the upcoming Stephen Lawrence Day concert at the Southbank Centre:
www.southbankcentre.co.uk/whats-on/130924-chineke-orchestra-2019