Breaking Down Borders with Hanna Hipp

Regardless of what gender she presents to her audience, Polish Mezzo-Soprano Hanna Hipp is building a strong reputation for her ability to create energised, furious and engaging role interpretations that are balanced perfectly with a ‘sultry flamboyance’.

We met with Hipp, in advance of her upcoming title role in Garsington Opera’s Fantasio, to find out how she builds her characters, discovering her inner stage animal and a Polish perspective on Brexit.

...I also discovered is that I could draw people in. On stage we are so exposed and sometimes we have to go back to this child."

What was your first musical memory?

I was about three years old in my grandparents home in North Poland. They lived in a beautiful townhouse that was full of intriguing objects and long corridors. They had a gramophone and, even though they were both doctors, they had a huge appreciation for the arts. My Grandmother told me the story of Swan Lake and I thought it was absolutely enchanting. She then played the recording, and it made a big impression on me.

I then initiated a little show for my family and, of course, I was the prima ballerina. I would start the performance running around, then my father would lift me as high as possible to the ceiling. I would stretch out my little limbs and pretend I was dancing. What I remember about this time was being fully aware of the drama in the piece – it fueled my imagination and opened me to music itself.

Was that the moment you discovered your inner stage animal?

Absolutely, but what I also discovered is that I could draw people in. On stage we are so exposed and sometimes we have to go back to this child. You have to connect with that very bare, open and vulnerable persona in order to communicate and translate your message in this artform. This was definitely a life-changing moment for me, because if there are no other musicians in your family you need to have a strong reaction to a musical moment to ignite your interest.

What were the differences that you observed between growing up in Poland and the rest of the world?

Poland is so routed in its history. When I was growing up there was the communism, the Berlin Wall, not being able to travel – it restricts so much potential in people. I was aware of how different it was because I lived in the States for a period of my childhood, which was a completely different experience and was very inclusive. When the wall fell we returned to Poland thinking everything would go back to normal, but they were very wrong. It takes such a long time for a country to recover from these mindsets.

The Polish school system is excellent, but it’s very old fashioned, strict and rigorous – sometimes I just wanted to open a door to let some fresh new air into it. In saying that, I definitely developed my work ethic from this system, but everyone still needs a little encouragement. This profession requires an open mind and the ability to plunge into the unknown, so that curiosity needs to be nurtured and supported. Communism has a way of entering the bloodstream of a nation, the majority of people prioritised old communist values and that doesn’t just go away overnight.

When I came to the UK it was a complete contrast. There was such creativity and openness that allowed me to dissolve my apologetic approach to working, which was a big deal for me.

There was such creativity and openness that allowed me to dissolve my apologetic approach to working, which was a big deal for me." 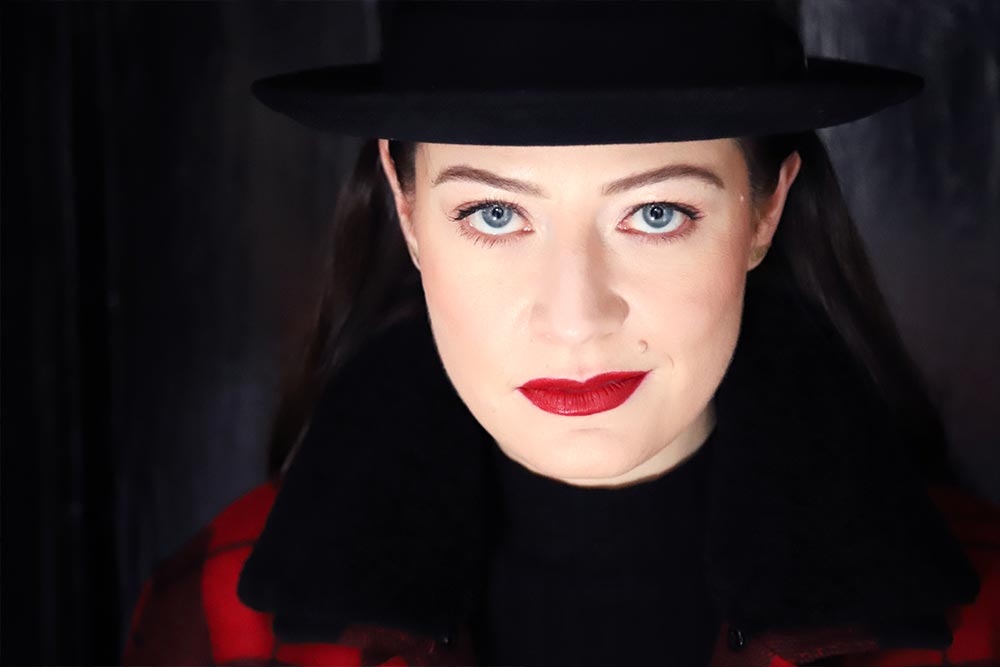 Coming from Poland, I have watched my country fight for what the UK is about to give up."

As a polish woman living in the UK, what’s your opinion on Brexit?

Firstly, it’s very important to respect a democratic vote. But personally, I identify as a European and if not for the European Union I wouldn’t have been able to study in this wonderful country.

Brexit will have an immense impact on lots of fields, such as science and finance, but the arts will suffer in particular. Music as an artform flourishes beyond divisions and closed borders, it’s all about collaboration with different cultures and that’s when it’s at its best. I dread to think what will happen when singers have to constantly apply for visas in order to work and the increase of funding that will be needed to facilitate this.

Coming from Poland, I have watched my country fight for what the UK is about to give up. Freedom of movement is the most precious gift and my parents’ generation is a lost generation because they were denied this opportunity. These limitations take so much more than geographical freedom, they take away the potential and limit people’s chances and perspectives to reach out for new things.

After some time training in the UK you were accepted to the Jette Parker programme at the Royal Opera House. What was this experience like for you?

For me it was a complete dream come true, I was in one of the greatest theatres in the world and I was able to observe excellence at every corner – it was mind blowing. The course ranges from body movement, stagecraft, fencing, vocal coaching, singing lessons and language tuition – you just can’t put a price on it.

The programme works in a way that makes you feel completely prepared to achieve whatever is being asked of you. I performed smaller roles and understudied larger roles, which was a huge investment in my future. However, most importantly, you also learn your limitations and discover them in a safe place so you know what you’re really capable of and what you should think about avoiding – it’s such a bonus to work that out at the beginning of your career. 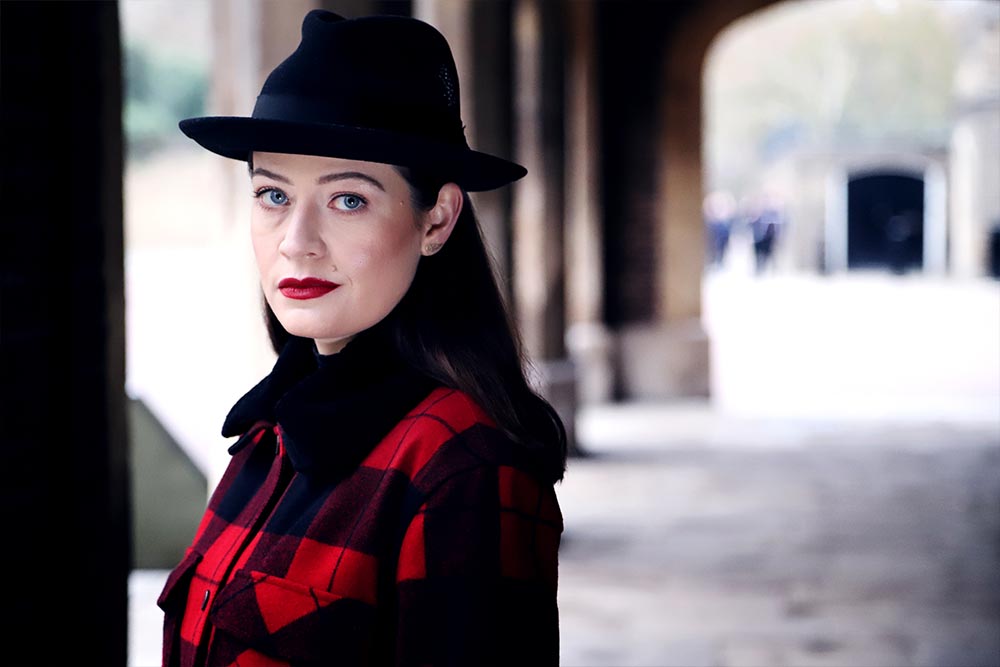 The costume is going to do a lot of the work for you, but if you don’t have the character clearly in your head first, the costume will control you instead."

With gender roles being redefined all the time, how do you present a man to today’s audience?

There’s always this division in the mezzo world, you will be either asked to play a young man or a child. There is a fine line, but the difference is immense. I’m always observing and act more like a magpie when I’m looking for inspiration, whether it’s watching people on the underground or in a coffee shop.

For example, I was recently cast in Hansel and Gretel at the Royal Opera House, during the rehearsals I went to grab a coffee and I noticed a boy who was the same age as Hansel. I was watching his mannerisms and noticed that he kept rubbing his nose and flicking his hair, in an adult it would have looked like a tic, but in a child it was perfectly normal.

I also have a brother who I have grown up alongside, he’s been the perfect case study with his spontaneous movements and gestures and I know it’s somewhere in me as well. The most important thing about trouser roles is that it’s crucial to have the character inhabited way before the costume is fitted. The costume is going to do a lot of the work for you, but if you don’t have the character clearly in your head first, the costume will control you instead.

Today there is definitely more fluidity in the presentation of trouser roles and directors are exploring new ways to communicate this, which is exciting and brilliant. There’s no place for boundaries in music.

Was there a moment when your career started to grow?

There’s been no big moment, it’s always been slow and steady, however in the last three years there’s been a noticeable change in my transition from smaller to bigger roles. This has been down to me constantly auditioning and feeling extremely prepared, mainly due to the Jette Parker programme.

In this industry, if you show you’re capable, have a solid technique and can communicate the story, there’s no reason why you shouldn’t be working at the level you want. 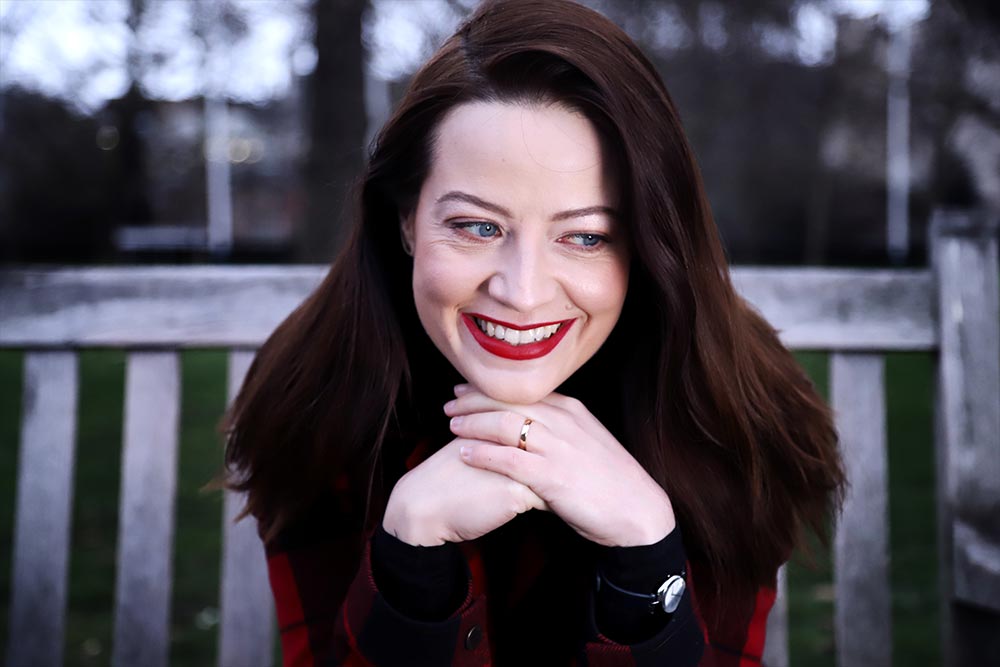 They respect my decisions around roles and, I know it's obvious to say, I like them and that’s important. They are selling and promoting you, it needs to be a positive relationship."

You are represented by both Harrison Parrott and IMG Artists, what are you looking for in an agent?

Well, first and foremost, I only work with people I trust. Both Ian Stones (Harrison Parrott) and Markus Beam (IMG) have a lot of humanity in them and I need to know that my future is their priority. They take care of my well-being and wouldn’t push me into something I wasn’t ready for. They respect my decisions around roles and, I know it’s obvious to say, I like them and that’s important. They are selling and promoting you, it needs to be a positive relationship.

Tell us about your upcoming title role in Garsington Opera’s production of Offenbach’s Fantasio?

What’s wonderful is that it’s a UK stage premiere and an unknown gem. Fantasio is a beautiful, poetic and graceful score, with some comedy thrown in. But purely from a theatrical point of view, it’s Martin Duncan directing and I value his work immensely. He comes from an acting background and he’s just perfect for this piece. With some directors you learn so much and I’m thrilled it’s him.

Another big aspect of this production is that it’s Garsington Opera’s 30th anniversary, which is an enormous achievement for any company to survive and thrive as they have. There’s a huge amount of talent that will be on stage this year and I can’t wait to get stuck in. The company is a very supportive one, along with being a beautiful platform and setting for music – I feel very privileged to be involved.