We met with operatic legend Rosalind Plowright in advance of her 70th birthday to reminisce over her lengthy and distinguished career.

In this honest and enlightening interview, Plowright talks about what a singer really needs to achieve international success, how the industry has changed and how today’s demand for perfection is killing the development of unique, brilliant voices.

The biggest difference is travel. Of course we had international careers, but when I was starting I would be dreaming of doing a recital in the far-off land of Manchester."

Your career has spanned over 40 years, what are the main changes you’ve noticed in the classical music industry?

The biggest difference is travel. Of course we had international careers, but when I was starting I would be dreaming of doing a recital in the far-off land of Manchester (laughs). It took so much longer to get somewhere so you wouldn’t dream of flying a singer in on the day of the show, whereas you can do that easily now. With the emergence of affordable airlines there’s so many more opportunities to create new work, which has made the industry less insular – it’s a very positive thing.

However, the consequence is that there’s an absolute abundance of talent and because of social media there’s many other avenues to get yourself out there. We’re also hearing about international artists a lot faster because of online mediums. When I started there was literally a handful of singers singing my repertoire and we all knew each other, there was plenty of work for all of us. It must be very difficult emerging today as this abundance of great artists has to be daunting on some level. You also have the other factor that they all look like models, which is a big pressure when your career is to stand on stage – you can’t ignore that aspect and it’s more pronounced today.

Young artists programmes didn’t exist either, there was no such thing. So that’s an enormous and very much needed difference. Also, contemporary operas were seen as a big risk rather than a great opportunity. So most of the changes were very necessary and have really enriched this industry.

Tell us about the early steps of your career.

I trained at the Royal Northern College of Music and you were bred to believe that when we graduated we were ready for audition, so we just went for it! However, if you didn’t get through that process there was very little else you could do. I was lucky and I got accepted to the Glyndebourne chorus and I absolutely loved it. To this day it’s a great chorus as it’s mainly made up of potential soloists. I then won a big competition in Bulgaria in 1979, which no longer exists, but it attracted international agents and I got spotted. That was the catalyst and I was very lucky.

What’s the most important thing for an opera singer at the beginning of their journey?

Competitions. They give you great exposure. Organisations like the Kathleen Ferrier have done phenomenal work by putting a spotlight on emerging talent and it creates great foundations for future careers. Bursaries are also fantastic as they allow you to focus on what you need to improve rather than worry about where your rent is going to come from.

Finding an agent can be a very big challenge, but it makes a big difference. When the contracts start being drawn up it can be very daunting and you just want to focus on singing so the right agent can make such a difference and fast track a lot of paperwork. A public relations manager is also another big bonus. When the press began to refer to me as ‘the next Callas’, it put huge pressure on me to be held to that standard every time I went on stage. I have to admit I didn’t like that side of it at all.

Competitions...give you great exposure. Organisations like the Kathleen Ferrier have done phenomenal work by putting a spotlight on emerging talent and it creates great foundations for future careers." 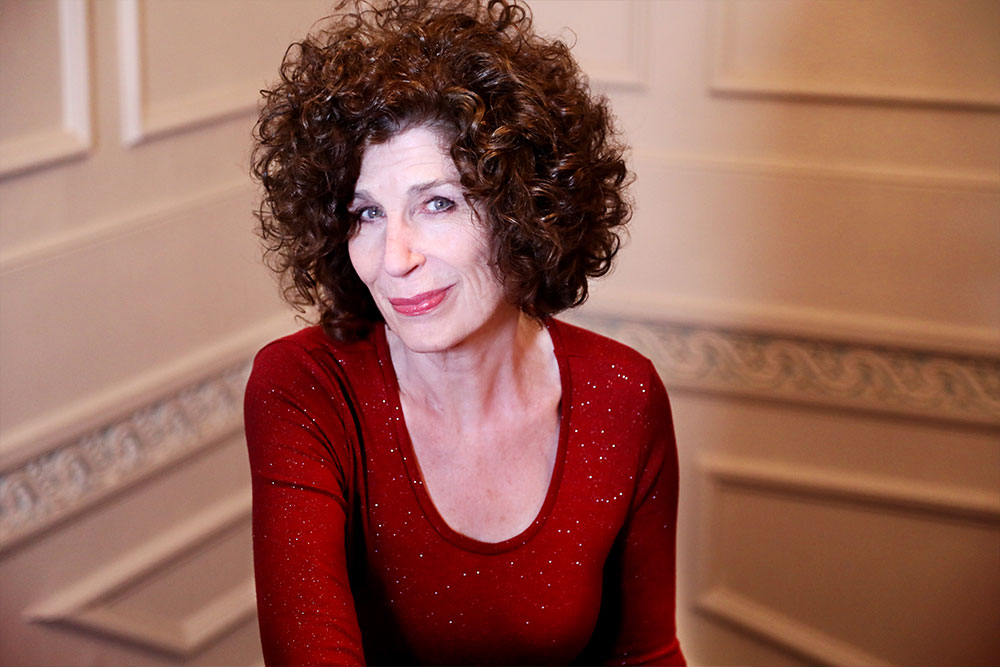 Some of the most legendary operatic voices have so many flaws and that’s what makes them beautiful. It’s the imperfection that makes the sound human and emotive."

What has been a negative change that you’ve watched evolve in the classical music industry?

The demand for perfection. Some of the most legendary operatic voices have so many flaws and that’s what makes them beautiful. It’s the imperfection that makes the sound human and emotive. Callas is a perfect example of that, a real brilliant, wild, exciting sound. She was my hero. Today people are very unforgiving and they’re searching for total perfection, which is a hard and fast way of ruining an original sound.

In 1999 you transitioned quite publicly from a soprano to a mezzo, what advice would you give a singer going through this stage?

After I had children my voice darkened and it changed quite a lot, it’s very common, so for me it was quite easy and natural. After 20 years of singing the same stuff, I’d had enough. As a soprano you’re very exposed, you lead everything. Don’t get me wrong, a mezzo has it tough too, but my particular voice type was only suitable for enormous leading roles and I found it to be less pressure. I was fifty when I made the move, I wasn’t ready to retire so something had to change.

A number of conductors who I trusted advised me to think about it and at first I fought it, but there was no denying that my instrument was changing. One of the biggest mistakes you can make is to not listen to your sound, you can’t be something you’re not. The technique needs to be very solid and it’s important to have a network of people that you can trust to advise you.  You have to just surrender yourself to the outcome and then I was very lucky that my first professional role as a mezzo went down very well. Once you make the decision to move you can’t doubt it for a second, you need to commit 100% and never look back.

I certainly can’t sing a ‘high C’ the way I used to, but the voice is still there and it allows me to sing really interesting character roles and a few slightly larger ones, such as the Madame de Croissy from Dialogues des Carmélites and I absolutely love it! I did my first comic role recently and it was so ridiculous and fun, it fitted me like a glove. Most importantly I’ve really embraced who I am and it’s meant that I’ve had a great career, my roles have changed but it’s important to go with it and not fight it. 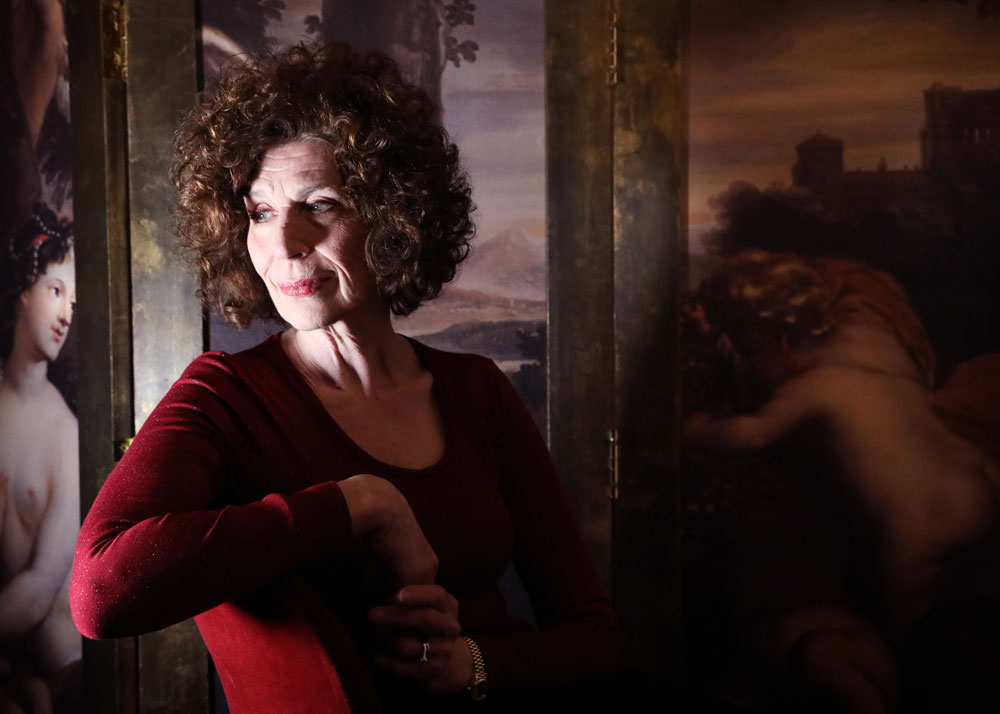 What are you looking for in a colleague?

That they can act and relate. It sounds simple, but when it’s missing it’s very difficult. I need to know that I’m not singing to a lump of wood. I’ve never had that experience with the exception of Pavarotti and it was scary because all I could do was walk around him. He was the most incredible artist, he literally didn’t move and the audience were in his hands.

You’ve worked with the best conductors in the world, from a singers perspective, what is the secret to a great conductor?

It’s a conductor that’s been a repetiteur, it’s as simple as that. When I’ve felt that extreme support and comfort in a production, that’s been the common factor. Antonio Pappano, Georg Solti and the like, really understand the voice, they breath with you. They know exactly what the singer needs and they understand every voice.

Coming up to your 70th birthday, what’s your greatest achievement?

My greatest achievements are my children and my husband. In my career I’m so lucky to have been able to have a very supportive family. My children are all adults now living away from home and I miss them very much, they are wonderful people.

Professionally, my greatest achievement was working with Carlo Maria Giulini for a recording of Il Trovatore – I played Leonora and it was a huge highlight of my career. Another moment would have been playing Desdemona in Otello with English National Opera, I was new to the scene and it was one of those memories where the audience’s reaction was really special.

I need to know that I'm not singing to a lump of wood. I've never had that experience with the exception of Pavarotti and it was scary because all I could do was walk around him." 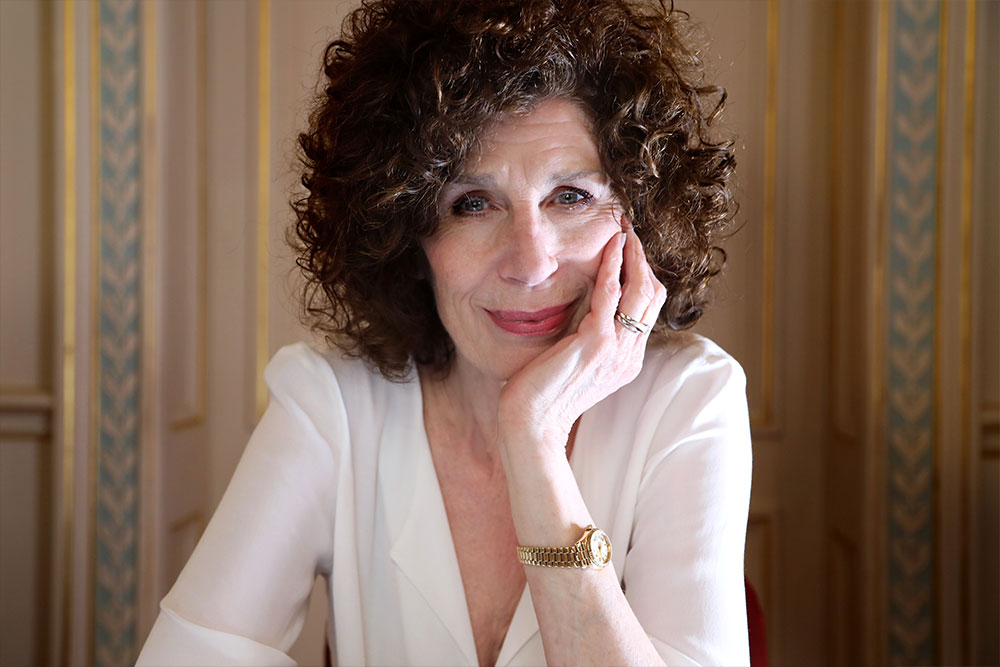 I still have a teacher and I've never lost my curiosity in my voice and what I can do to make it better. I've never taken it for granted and I never will. The voice fascinates me."

What’s the secret to having a long and successful career?

My process has always been the same, as in, how I prepare and I get the music into my voice, but I always wait to hear what the director wants before I take it further. I’m an open book and I’ll do whatever they want, which is normally the right thing in the end. To be brutally honest, I’ve had a lot of knocks, but if all you see is yourself being a singer, you don’t have a choice but to get up, dust yourself off and get back out there. I’ve never wanted to do anything else so I’ve never let myself think I could.

How have you protected your voice?

I avoid talking on performance days, it’s the worse thing you can do. I still have a teacher and I’ve never lost my curiosity in my voice and what I can do to make it better. I’ve never taken it for granted and I never will. The voice fascinates me. I work very hard on technique and at my age you need to work even harder because your support goes quicker.

What are you looking forward to in your upcoming performance in Andrea Chenier at the Royal Opera House?

Well, I’ve done it before and I’ve done both the and Countess de Coigny and Maddalena. I’m looking forward to working with Roberto Alagna, it’s a different generation and he’s a great, great singer. The thing is, at this stage in my life I just adore poncing around the stage, it’s so much fun! What I love about this David McVicar production is that it’s beautiful and traditional, which today is quite rare. The set is ornate and gorgeous which really gives you a sense of the French Revolution and the director is so true to the composer’s intentions. McVicar knows what he wants, but more importantly he knows exactly how to get it.

To find out more about Rosalind Plowright see:
www.rosalindplowright.com