Lunch at the Criterion: Ann Murray

Ann Murray DBE is revered throughout the operatic world for her unforgettable performances of the great Handel, Mozart and Strauss mezzo-soprano roles in the theatres of Paris, Hamburg, Dresden, Brussels, Berlin, Cologne, Zurich, Amsterdam, and New York.

As one of the finest voices of the twentieth century, Ann has thrilled audiences of Covent Garden, the English National Opera, the Royal Opera, the Metropolitan Opera, the Chicago Lyric Opera, La Scala, the Vienna State Opera, and the Salzburg Festival, to name but a few. Her diverse range of repertoire encapsulates a plethora of outstanding recordings with labels such as EMI, Hyperion, Sony, and Decca. In 1997 the National University of Ireland awarded the Dublin-born singer an Honorary Doctorate in Music for her commendable contribution to the performing arts. Ann’s 25-year service with the Bavarian State Opera was recognized in 1998 with the title, Kammersängerin (‘Singer of the Court’). Further plaudits followed in 1999, when she was made an Honorary Fellow of the Royal Academy of Music. During the Queen’s Golden Jubilee Birthday Honours celebration in 2002, Ann was bestowed the award of ‘Honorary Dame Commander of the Order of the British Empire’ for her services to opera.

We met with Ann in the beautiful grounds of St James’s Palace, London, where she chats briefly about her time in Ireland and career to date.

It just happened. One thing led to another and then another — it seems as though fate, or some higher force, had decreed that this was what I should do."

Tell us about your formative studies in music in Ireland, and your move to the Royal Manchester College of Music.

My mother, having noticed that I had a voice…even as a toddler…took me for singing lessons when I was 4, to a man called Dennis Cox at the Municipal School of Music in Chatham Row [renamed the ‘Dublin College of Music’ in 1962, and known today as the ‘DIT Conservatory of Music and Drama’].

I was one of the founding members of the ‘Young Dublin Singers’ [‘Cantairí Óga Átha Cliath’] at the age of 7, and then went on to the St Louis boarding school in Monaghan. I was a member of the choir there, and took part in various school productions.

I got a place at University College Dublin to read Music and Arts in 1967, and won numerous Feis Ceoil prizes. At the time, I was studying with Nancy Calthorpe. Having won the prizes I had, it was agreed that I would go to England to further my studies. Darina Gibson, who was studying piano in Manchester, recommended Frederick Cox, the principal of the college. In 1968 I went to audition, and was offered a scholarship and bursary.

What classical singers stood out for you at this time?

What motivated you to pursue a career as a singer?

It just happened. One thing led to another and then another — it seems as though fate, or some higher force, had decreed that this was what I should do. I was good at auditioning, and most of my work came from auditions.

A great deal of professional musicians tend to specialize in one or two particular styles, but your repertoire is superbly diverse — did you make a conscious decision to tackle the works of each epoch in order to remain ‘current’ in your career, or was the process purely organic?

The process was indeed purely organic. I was a jobbing singer and when I was offered something, if I could sing it, I sang it! I was interested in all challenges.

Your success in Baroque opera is well documented, what attracts you to this style?

Again, it was organic. I was invited to sing the title role in Handel’s Xerxes for the English National Opera, resulting in further invitations to sing Handel and Baroque opera all over the world.

What are your memories of your time working on the critically respected Hyperion recording, Schubert Edition?

It was wonderful to be part of such an eminent group of interpreters. Working with Graham Johnson was an enlightening experience; he is such a genius. It gave me the confidence to address some of Schubert’s Lieder over the years.

Tell us about your role in the Songmakers’ Almanac.

This is how I see the creation of the Songmakers’ Almanac: Graham Johnson, with the guidance and encouragement of Gerald Moore, founded the Songmakers’ Almanac to fill the gap of family music-making, so to speak; there was a niche that was filled that was so amazing…creating a long series of themed recitals. We attracted a huge following over the years we were all together. 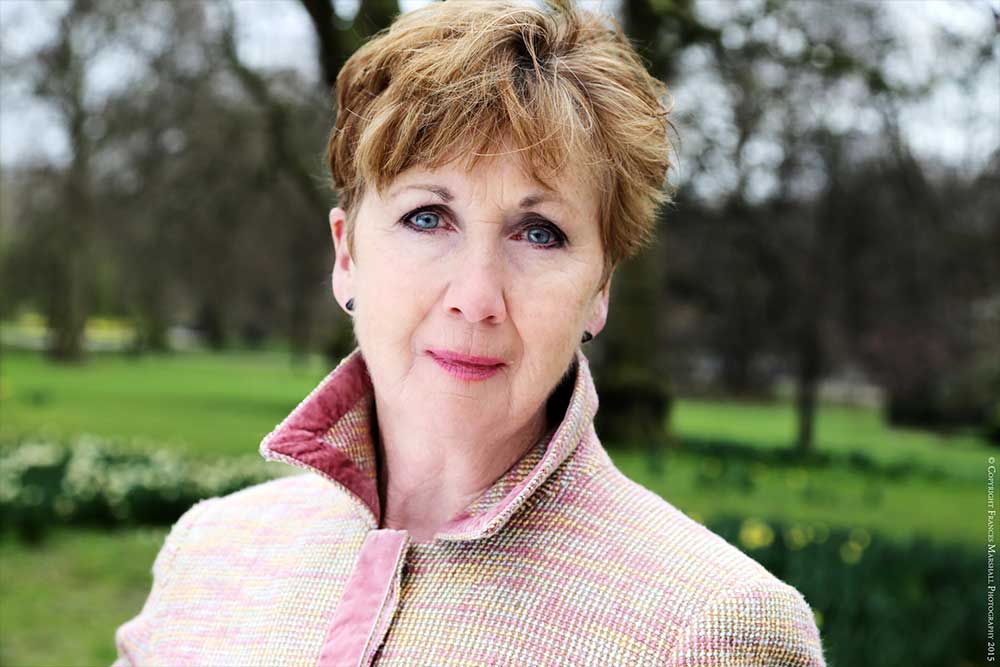 Kindness, generosity, a good pairs of ears, a quiet criticism, and an honest relationship. But most of all...Patience!"

Your professional relationship with pianist and accompanist Graham Johnson, has led to the creation of some of the most beautiful interpretations of art song — what qualities do you consider as being crucial to the role of répétiteur?

Kindness, generosity, a good pairs of ears, a quiet criticism, and an honest relationship. But most of all…Patience!

As an Irish woman with such a strong international performing career — what did the award of Honorary Dame Commander of the Order of the British Empire mean to you?

Lunch at the Criterion! It was indeed a great honour. In its way, it means as much to me as my early achievements at the Feis Ceoil. As chance would have it, the date for the ceremony was cancelled, and my agent, Robert Rattray, received my medal on my behalf, and presented it to me over dinner, which was a lovely opportunity to celebrate this achievement.

Why have you never performed a major title role in opera in Ireland?

I did indeed perform at the Wexford Festival in the 1970s, but no other opportunity arose thereafter. It was not a conscious decision. My work took me the other way around Europe, rather than westwards. I enjoy a wonderful relationship with the Royal Irish Academy of Music, where I visit frequently as a coach and educator, and am thrilled to have had a chance to go back home and to hear the development of young Irish singers.

Tell us about the award of Kammersängerin from the Bavarian State Opera.

The Bavarian Opera gave it, I presume, as a token of acknowledgement of the work that I did during those 25 years. I was also awarded by the Bavarian State a guild award called Bayerischer Verdienstorden, which, from what I’m told, allows me to travel for free on the boats on the lakes around Munich, in Bavaria. [This award is presented in recognition of outstanding contributions to the Free State of Bavaria and the Bavarian people.]

From your own performing and teaching experience over the years, have you witnessed a new type of soprano/operatic style of singing emerge?

I cannot really answer that, as I have taken a step towards retirement, and I’m no longer in the swim of things. There are very many competent and excellent singers on the market at the moment, and I only work in the way that I learned. 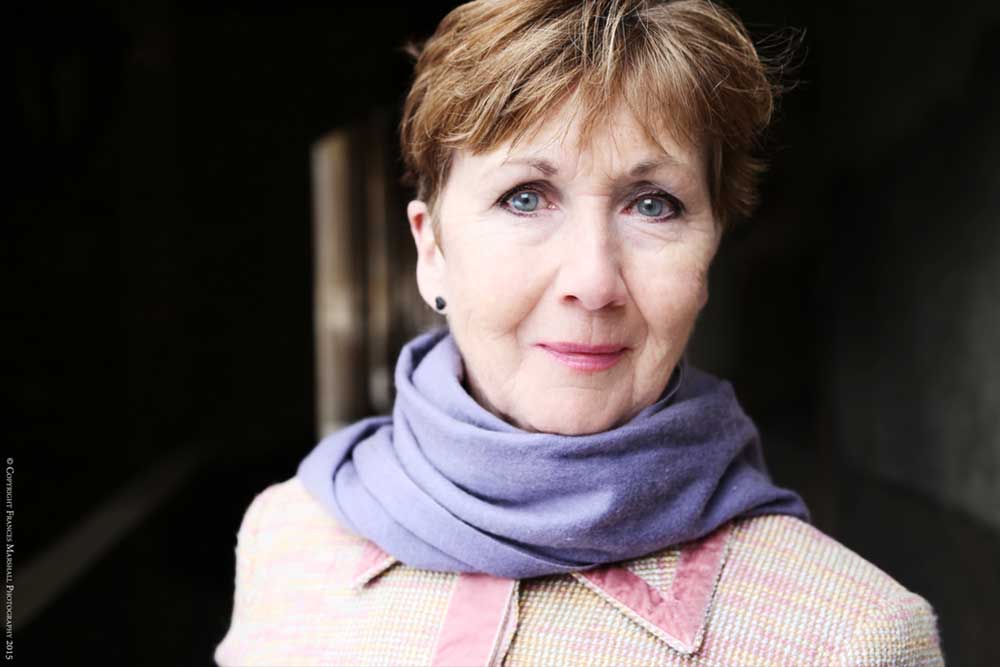 How do you spend your days, and what makes you happy?

When I’m not learning, singing or teaching, I go to keep fit classes. I have a long walk every day, I meet friends, and personally, what makes me the happiest, is when I’m sitting with my son Jonathan and his wonderful fiancée, Louise.

What does your concert diary hold for 2015?

Concert-wise, I’m giving a recital on 6 June, in Los Angeles with Graham Johnson, as part of the art song festival, ‘SongFest’, at The Colburn School.

I do various small charity concerts to raise money for funds. My work this year is mainly in opera: two productions of Figaro, and two productions of Turn of the Screw. I’m also fortunate to have a number of recording engagements.

Do you have any aspirations to perform in Ireland any time soon?

If the right opportunity arose, of course I would love it.

Is there any repertoire that you have yet to explore?

For the rest of my career, I would like to sing what I already know, as well as possible. Though I always had aspirations to be a Soul-backing singer!

As a teacher, what is your most valuable contribution to your students?

Pretty well what I consider crucial in the role of répétiteur, i.e.: kindness, honesty, encouragement. I try, with the student, to open up another facet of the reading of the music they have prepared. Most importantly, they have fun and feel at the end that they can fly!