Since then, she has performed the role of Etienne in the premier production of Maudits les Innocents at the Bastille Amphitheatre, and Diane in Iphigenie in Taurideat the theatre in Saint-Quentin-en-Yvelines. The young mezzo then went on to sing Dorabella in Così fan tutteat the Maison des Arts in Créteil. She has also performed in concert at the Palais Garnier under the direction of Jérémie Rhorer, and in recitals at the Louvre Auditorium. Here, Ní Bhriain, gives us a snapshot of her life in Paris.

‘An artist has no home in Europe except in Paris.’

How did you spend your first night in Paris?

I think I spent my first night at home translating my Così fan tutte score word for word. I just had my first coaching that day, which was a real shock to the system! Also I had no wifi at home for the first two weeks, and I’d already gone through my phone’s internet plan, so I had nothing to distract me.

…the Palais Garnier! It is probably the most beautiful and historic place I’ve had the chance to sing in."

Which do you prefer: the Palais Garnier or the Opéra Bastille?

Oh no question about it…the Palais Garnier! It is probably the most beautiful and historic place I’ve had the chance to sing in. The building itself is incredible, the acousitc on stage is perfect (not too dry, not too boomy), and when you’re backstage you just feel like you are part of the history. Of course I love Bastille, I spend nearly everyday there because that is where we have our practice rooms and rehearsals. It’s such an impressive building itself with fourteen floors, eight above ground and six under. But there is just something magical about Garnier. 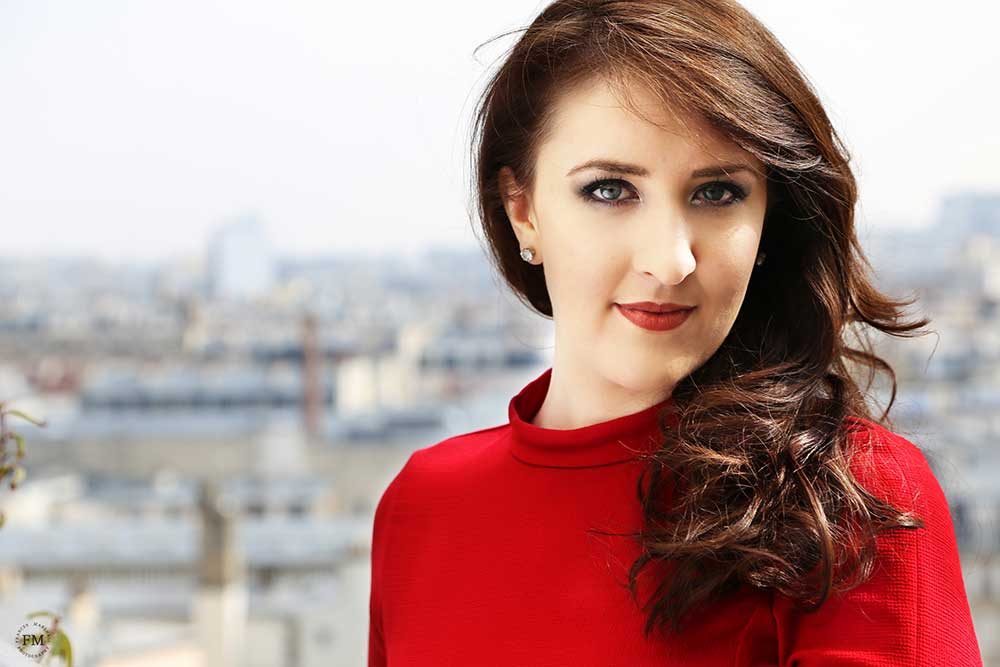 Have you succumbed to the temptations of the Parisian bakeries?

Definitely! On my short walk into Bastille everyday, I pass about ten bakeries and it takes all of my will power to not stop into each of them. There is nothing better than the smell of freshly baked bread and croissants…well maybe the taste!

Thoughts on French cuisine overall — the good, the bad and the ugly?

It’s all good! I don’t think I’ve had one bad French meal in a French restaurant in my two years here. They use such fresh products from the markets nearby that it always tastes amazing. When it comes to the ugly, escargot definitely fit that category…that’s probably why I still haven’t tried any!

Best way to see the ‘City of Light’?

By walking! There are of course the super tourist areas like the Eiffel Tower, Notre Dame, and Champs Élysées but to get a better sense of the city, it’s best to just wander down random little streets and see what you come across. Everytime I go for a walk around Paris I find some new little café, museum or shop that I’d never known before. You get to know the real Paris.

One of my favourite views of the city is from the top of the Arc de Triumph. Because it is not as high as the Eiffel Tower you get a different view of the city and I love that you can see all the way down the Champs Élysées to the Tuileries Gardens and Louvre, and if you keep going you can see Bastille. Also the view from Sacré-Coeur is incredible.

Favourite place to go on a rainy Sunday?

I don’t really have a favourite place for rainy days, apart from staying in bed, but there are so many museums that you can visit, or go back to (I still have yet to see everything in Louvre). One of my all-time favourite places in Paris is the Shakespeare and Company bookshop just across the river from Notre Dame. Whenever I don’t know what to do with myself I inevitably end up going there. It’s in the wonderfully historic area of Saint-Michel and right beside one of my favourite little parks in the city, so it’s a great place to just relax and soak up the atmosphere.

As long as you have enough black clothes in your wardrobe you’ll fit in here just fine! French women just have this inate ability to look elegant no matter what they’re wearing. Even if it’s just jeans and a t-shirt, they still manage to make it look cool and sophisticated. They know how to carry themselves.

High Street because that’s all I can afford. 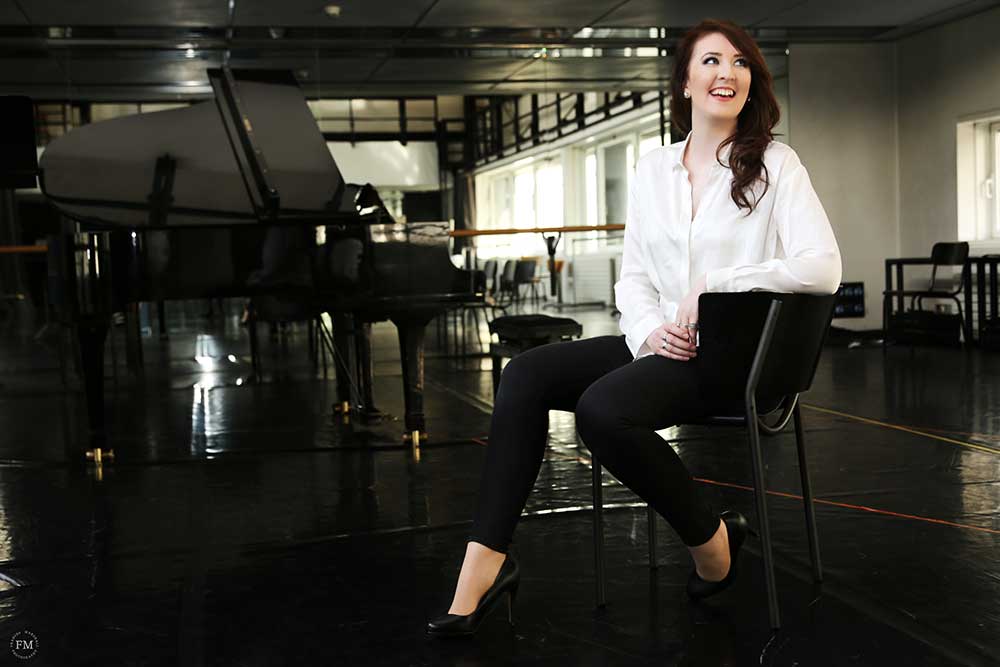 I think the best thing about Atelier Lyrique is the people. I could not have asked for a better group of musicians to work with on a daily basis."

Tell us about life in the Atelier Lyrique.

Atelier Lyrique is run by artistic director Christian Schirm and administrative director Myriam Mazouzi. It was set up to provide the next level in training after college to prepare young singers for a career on the operatic stage. There are around seven regular coaches and teachers that work in Atelier along with movement and language coaches. At the end of every week an email is sent out letting us know which coaches will be availble to work with the following week, and we request how many hours we would like. You can also request hours to work with any of the four pianists of Atelier. This of course is in addition to any scheduled rehearsals going on for the various productions throughout the year. Life in Atelier Lyrique is definitely an adventure! No two days are ever the same.

In one aspect it is a very free programme because they give you a lot of time (at some points during the year) where you might not be singing in a production but that doesn’t mean you don’t have to work. This is the time where you push yourself to learn roles for the future, or smaller roles that you could sing now to have ready for when an offer comes. As my teacher Veronica Dunne always says, you must learn everything now while you’re young because when you’re older and have a career you just won’t have time to learn new things. Coachings and rehearsals in Atelier start at 10am and finish roughly around 6pm but can go on until 11pm, if you’re in the final stages of rehearsing a production.

We’re very lucky in Atelier because they do so many ‘in-house’ productions and concerts. In my first year I performed in three operas and countless councerts, and in my second year four operas (three Atelierproductions and one on the mainstage of the Bastille), and I think even more concerts than my first year. It really builds up your levels of stamina that you will need for living the life of a professional opera singer. It also teaches you that you must always keep learning and practicing while working on other projects. During my first year I struggled a lot with that, especially when learning and performing works in completely different styles (baroque, contemporary etc…). Even though they expect the highest level from us, the coaches and Mr Schirm especially, understand that we are at the beginning of our careers and aren’t always going to get it right first time. They are always there to offer advice and support whenever you need it.

But I think the best thing about Atelier Lyrique is the people. I could not have asked for a better group of musicians to work with on a daily basis. Most of us aren’t French and are working a long way from home, so we’ve become our own small international family. One of my favourite things is learning about all the different cultures people come from. Some of my friends come from as far away as China, Guatemala and Armenia. We all experience the same difficulties that arise from living in a new city but thankfully we can share our experiences and help each other through it. I don’t think I could have made it through my 2 years without them.

Starting in September 2016, I will be joining the International Opera Studio at the Zürich Opera House. IOS Zürich is one of the top studios in the world and I am really looking forward to be taking the next step in my career by joining this incredible studio. I am really grateful for my two years in Atelier Lyrique, as I feel it has given me the tools to tackle this newest challenge head-on.

But I’ll be in Zürich for just two weeks before I need to come back to Paris for two months to start rehearsals for Lucia di Lammermoor in Bastille. I will be making my mainstage solo debut in October singing the role of Alisa. Then it’s back to Zürich I go until the end of July. After that I don’t know what the future has in store for me but I’m definitely excited to see what will happen!

To find our more about Gemma Ní Bhriain see: www.gemmanibhriain.com