Irish Culture in Britain: A Centenary Celebration at Wigmore Hall

Last April London’s Wigmore Hall hosted a glittering gala concert in recognition of the role that Irish musicians have played in Britain and beyond over the last hundred years. The gathering remembered not only those who died on both sides in the Easter Rising in Dublin in 1916, but also those who gave their lives in battle during the First World War. President of Ireland Michael D. Higgins summarised the occasion as a commemoration of the ‘courage, dignity and ideals that characterized the events and people of 1916’, and a celebration of ‘the depth of connection between Ireland and Britain’—a sentiment reiterated by Wigmore Hall’s patron, HRH The Duke of Kent, KG.

I chose my violin on its purity of sound...its quality was evident straight away..."

“Centenaries are useful signposts in the landscape of our collective memory. They encourage us to take our bearings as individuals, as communities, and as nations…. 2016 is a big year of remembrance for Ireland as we reflect on events in Dublin at Easter…that had profound effects on Ireland north and south, and on our ties with Britain. But a centenary would be a lost opportunity if it merely shone the light of knowledge on a single event or a series of events.”

“The passage of 100 years encourages us, and should encourage us, to reflect on a significant slice of past time and to draw balance sheets of achievements, missed opportunities, and failings.…

While there is much debate about the social, political, and economic fruits of Irish independence, there is, I think, a general consensus that independent Ireland can lay a very valid claim to significant cultural achievements. And that is what I am here to talk about this evening…” 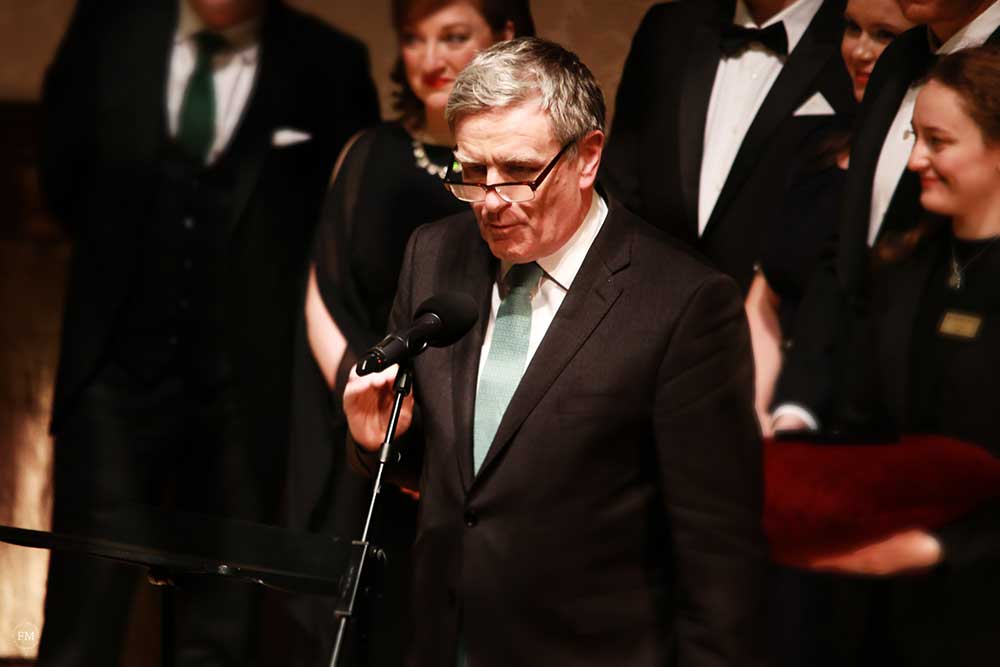 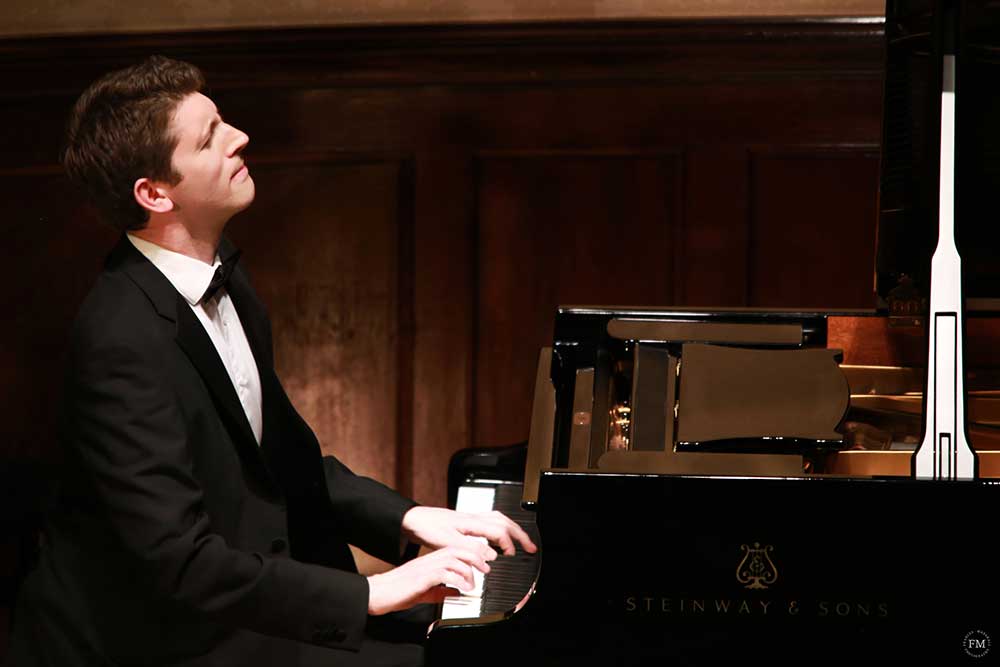 Mulhall went on to discuss the development of the nationalism movement at the end of the nineteenth century that put a new emphasis on ‘identity’ amidst the spread of Anglicanism. [For those interested in this topic from a musicological perspective see Music and Identity in Ireland and Beyond (Routledge, 2014), edited by Mark Fitzgerald and John O’Flynn.]

“In 1884 Michael Cusack (the inspiration for the character ‘citizen’ in Joyce’s ‘Ulysses’) wrote about ‘the tyranny of imported and enforced customs and manners’, arguing that the neglect of national pastimes ‘is a sure sign of national decay’. His remedy was the creation of the GAA with the objective of promoting native Irish games. This remains the most important sporting body in Ireland today—a reflection of the power of the legacy of the period leading up to the 1916 Rising.

In 1892 Douglas Hyde gave the most influential speech in the intellectual history of modern Ireland called, ‘De-Anglicizing Ireland’, in which he called for a revival of the Irish language and Irish customs. This led to the founding of Conradh na Gaeilge (The Gaelic League) in 1893.” 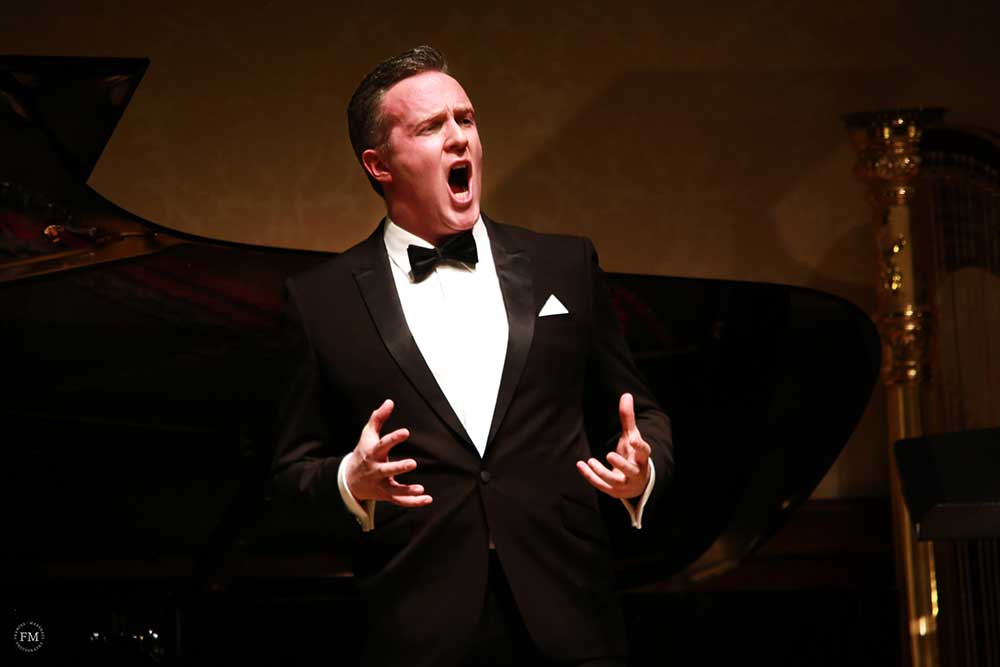 Mulhall also spoke of the developments in Irish literature, driven primarily by W.B. Yeats, which brought about the establishment of the Irish National Literary Society (1892) and the founding of the Abbey Theatre (Ireland’s national theatre) in 1904. He noted that 4 of the 7 signatories of the Proclamation of the Irish Republic on Easter Monday 1916 were first and foremost language revivalists and extremely talented writers. For Mulhall, “culture played a major part in bringing about the conditions required to create the Easter Rising of 1916”. He postulated in detail on the manner in which the aftermath of the Rising and WWI, and indeed the decades after independence, were played out in literature, with particular reference to Irish writers such as W.B. Yeats, Louis MacNeice, Austin Clarke, Patrick Kavanagh, John Montague, Frank O’Connor, Seamus Heaney, Michael Longley, and Evan Boland. In terms of Irish music, Mulhall touched briefly on the musicologist, composer and conductor Aloys Fleishmann who was born in Munich but grew up in Cork. The Irish ambassador remarked that despite his strong German classical music heritage, Fleishmann had a sincere enthusiasm for all things Gaelic, and for all things Irish.

“During the past 100 years we have striven to make our independence work for us in a changing, challenging economic environment. Part of what needed to be done was to reconcile our pride in what was distinctively Irish with the experience of our people, a global people…who have been exposed, more than most, to the currents of contemporary culture dominated as it has been for much of the past century by the Anglo-American world, part of which Ireland belongs, although there is more to us than that. There are of course no guarantees for the future. It may be that continued globalization will engender a homogenized, saccharin, popular culture in the years and decades ahead, and that Ireland’s distinctiveness will be gradually eroded. On the other hand, the networks that transmit information and ideas globally through the Internet can…also provide opportunities for a diversity of expression. Almost a century ago, in his great poem ‘The Second Coming’, W.B. Yeats wrote that: ‘Things fall apart; the centre cannot hold; Mere anarchy is loosed upon the world’, but the fact is…things have tended somehow to stay together over the past hundred years. It’s still all to play for of course, politically, economically and culturally, so let’s enjoy some first-class playing and singing this evening with Irish and broader international and European elements delightfully entwined.” 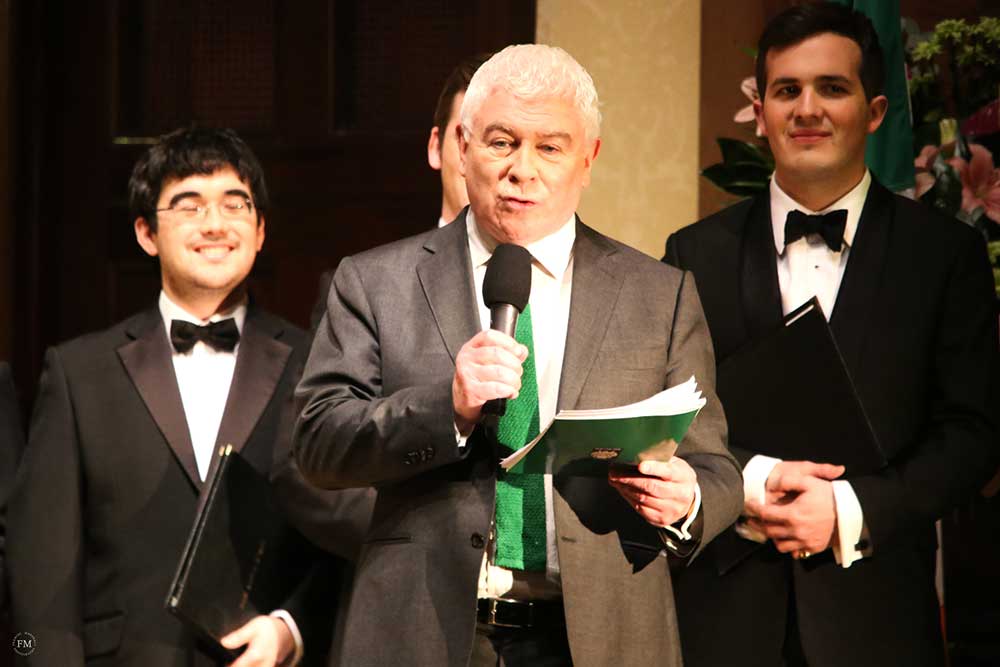 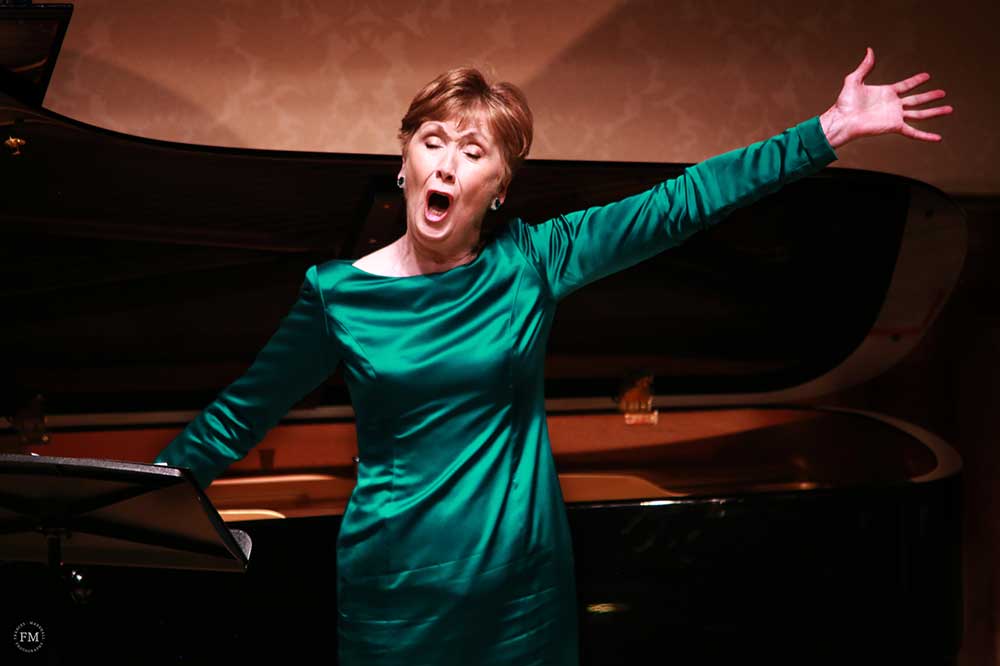 In his introduction to “this very historic occasion”, BBC presenter Sean Rafferty referred to the “long, sometimes tumultuous relationship” between Ireland and Britain—a relationship that “has never been as harmonious as it is now”. Surrounded by some of Ireland and Britain’s finest classical musicians, and a group of young voices from the Royal Academy of Music and the Royal Irish Academy of Music, Rafferty called the audience to their feet as the national anthems of both nations filled the Hall. 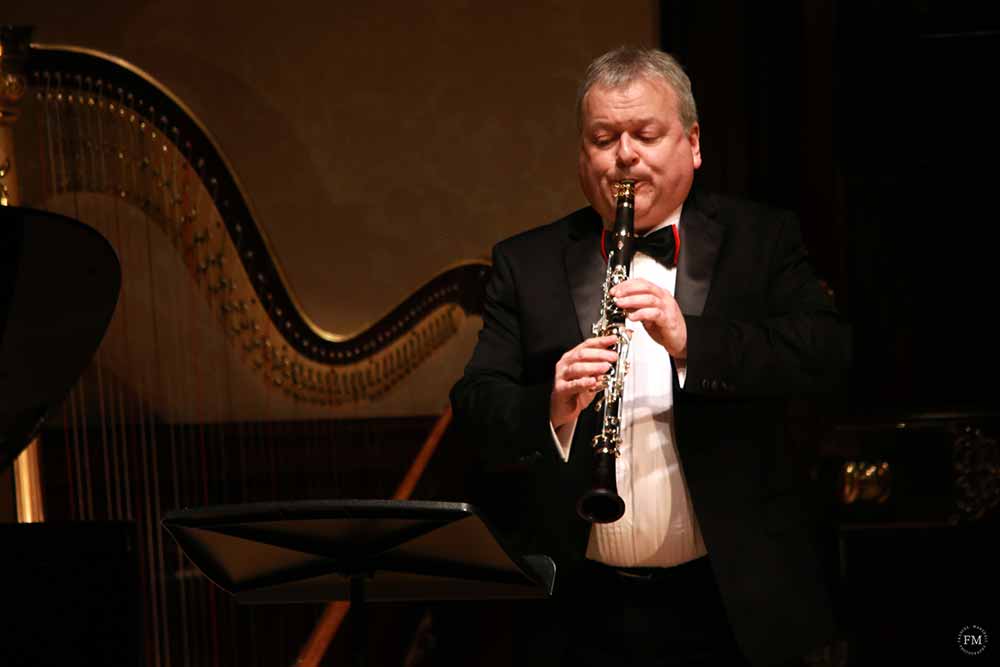 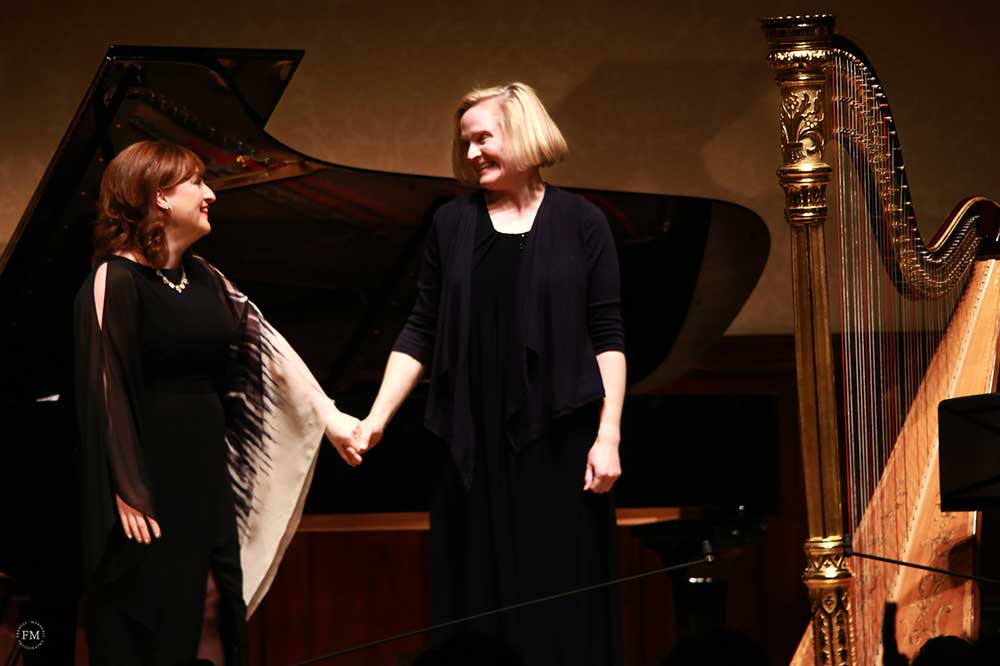 The first half of the concert was dedicated to the works of Schubert to symbolize the enduring relationship between Irish performers and the core classical repertoire. Irish pianist Finghin Collins kicked the musical proceedings off with a beautiful rendition of Schubert’s Impromptu in C minor D899 No. 1 (1827). Nine exquisitely sung Lieder followed: 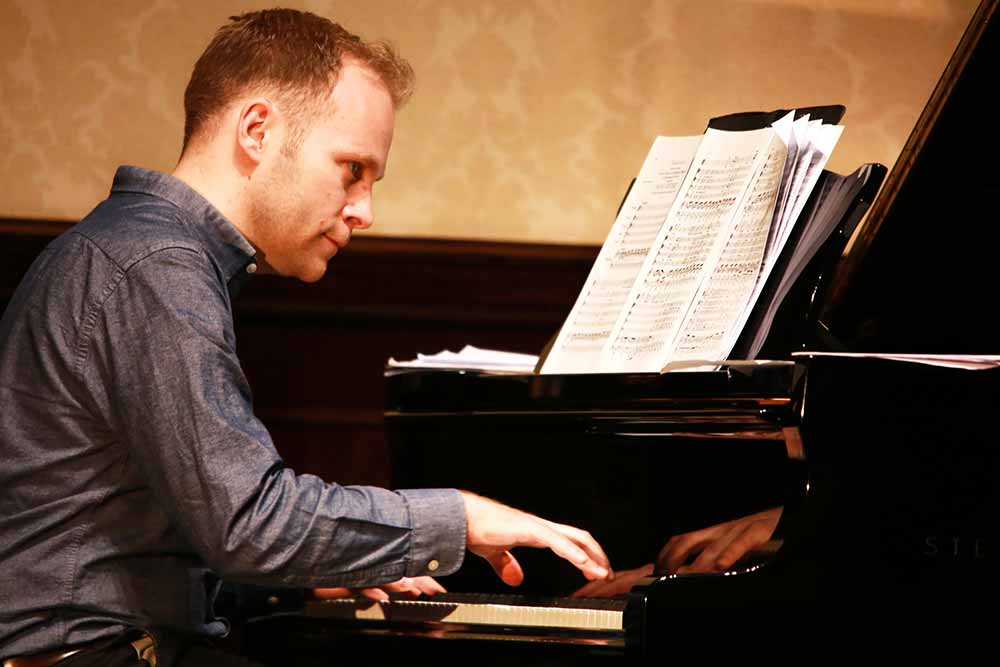 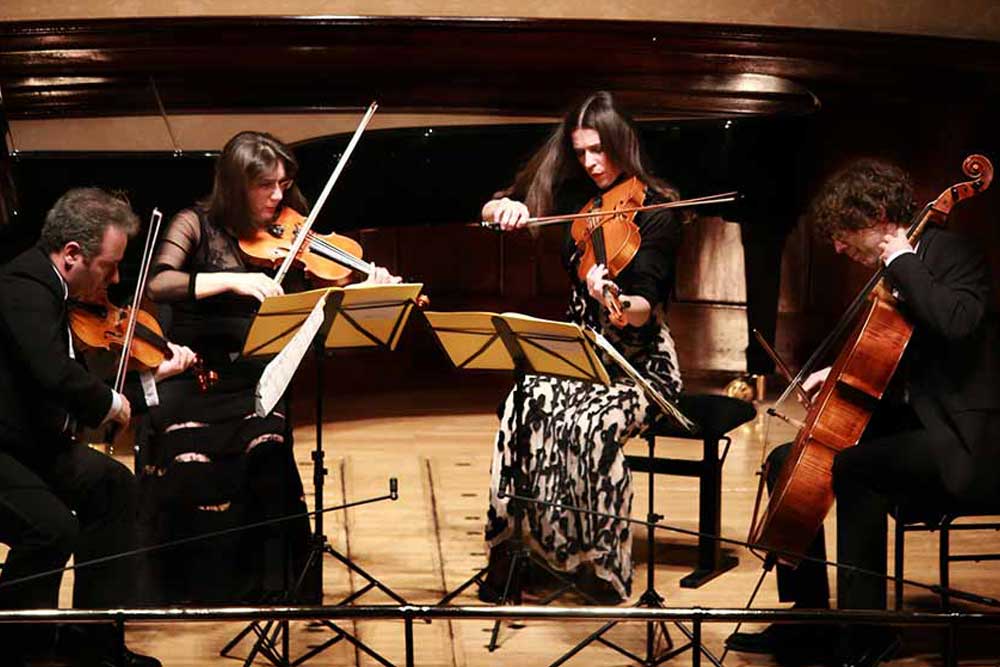 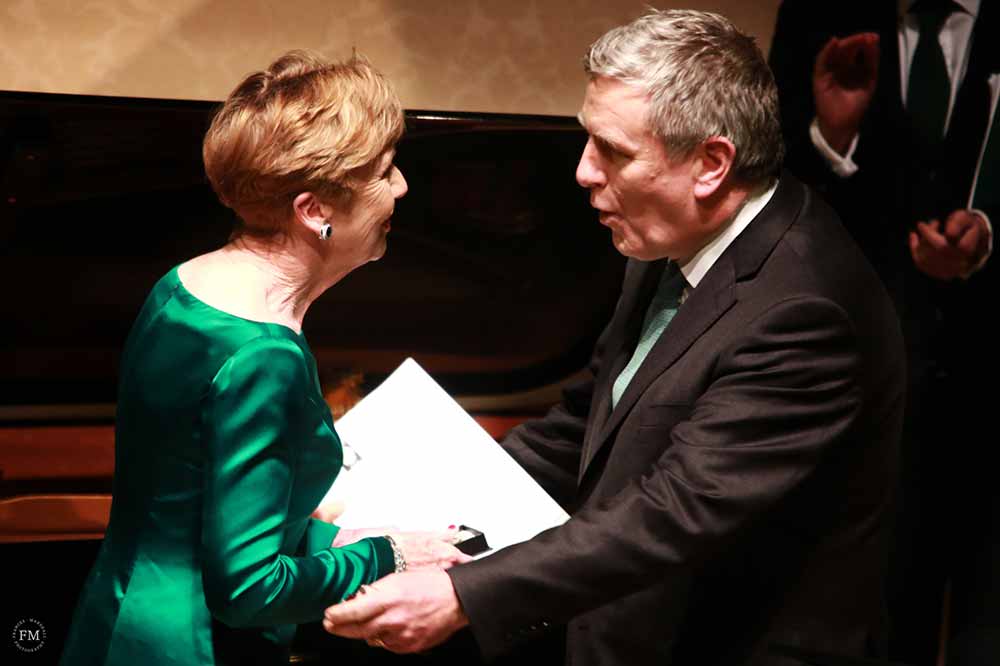 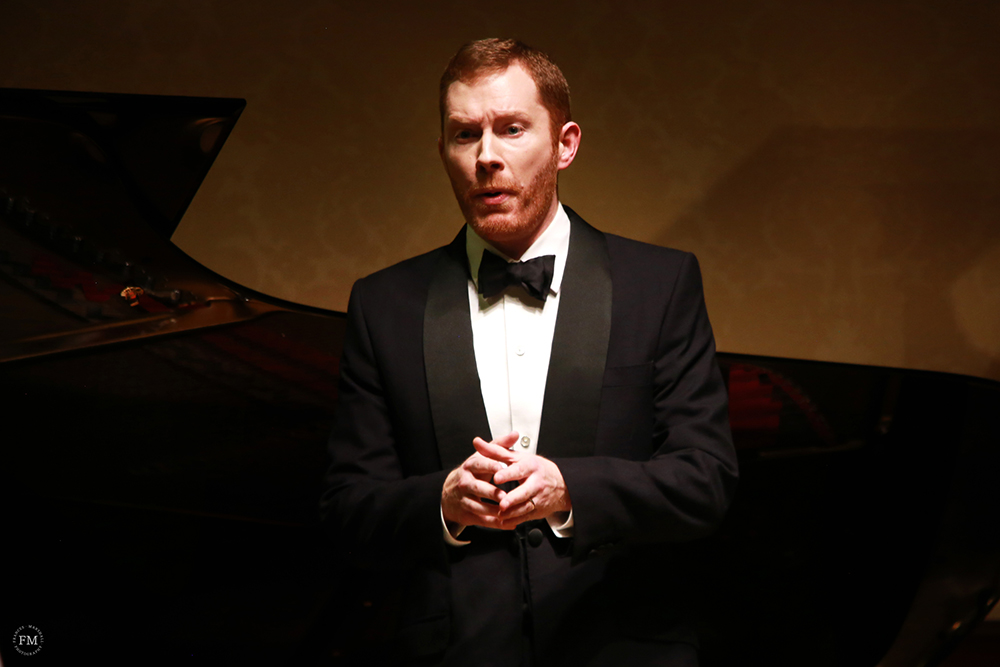 The highlight of the concert was the presentation of the Wigmore Hall Medal to Ann Murray DBE in recognition of her pre-eminence as an international singer and her contribution not only to Wigmore Hall, but her close links with ENO, the Royal Opera House, and her long list of international operatic and recital accomplishments over more than four decades. The Irish ambassador referred to Murray as “an inspirational figure and a magnificent representative of Ireland all over the world”. An emotional Murray responded to her award in song with a vibrant and heart-felt performance of ‘Danny Boy’, assisted by the rest of the singing ensemble.

Frances went behind the scenes to catch some candid shots of the rehearsals and after-show party in which the spirit of musical camaraderie was especially evident:

For more information on Lucy Gould and the Gould Trio see: www.gouldpianotrio.com

Details of the Drogheda International Classical Music Series can be found at: droghedaclassicalmusic.com

All content and imagery displayed within this article is subject to copyright.