David Garfinkle is Producer and Chief Executive Officer of Hello Entertainment — a theatrical production company based in New York City.

Recent award-winning productions include: A Gentlemen’s Guide to Love and Murder (Tony, Drama Desk, Drama League and Outer Critics Circle Awards for ‘Best Musical’); On the Town(Tony Award Nominee for ‘Best Revival’, Astaire Award Winner for ‘Best Choreographer’ and ‘Male Lead’); and The Realistic Jonses (Drama Desk Award for ‘Best Ensemble’, with Michael C. Hall, Toni Collette, Tracey Letts, and Marisa Tomei). Hello is also responsible for originating the famed Spider-Man Turn off the Dark on Broadway, as well as the hugely successful Ghost the Musical in the West End of London and on Broadway — including productions in Korea, Italy, Germany, China, Hungary, and the United Kingdom. Garfinkle is also Co-Chairman of a film distribution and marketing joint venture with the My Theatre affiliate of Dentsu. He is a former founder and managing partner of The Entertainment & Intellectual Property Group law firm, established in 1994.

Ever in demand for his theatre expertise, Garfinkle has held adjunct professor positions with Duke University’s ‘Leadership in the Arts’ program in New York City, and with Columbia College Film School (Chicago and Los Angeles programs). He teaches regularly for Theatre Resources Unlimited — a training organization for Broadway and off-Broadway producers. Garfinkle has been invited to sit on the Boards of the Chicago International Film Festival, the Broadway Theatre Institute, the National Foundation for Jewish Culture, the New York Musical Theatre Festival, and the American Dance Machine. He is also a full Tony-voting member of the Broadway League.

Final Note met with the larger-than-life producer at the Lyric Theatre in the heart of downtown Manhattan to discuss his path to Broadway, the success of Ghost the musical, and his exciting new projects.

I found being behind the scenes most interesting...helping to shape the entire creative experience, along with the business behind it."

Did your experience of the Arts shape your early interest in Theatre and music?

Absolutely! My parents took me to the theatre and the symphony from the time I was a young child. In addition, I was also in various acting classes starting from about age 6. I learned how to play the piano at the age of 7, and the oboe around the age of 8.

Were you initially interested in being onstage, or did you find the ‘behind the scenes’ world more enticing?

While I initially enjoyed being onstage — participating in some High School theatrical productions, and improvisational theatre classes — as I got older, I found being behind the scenes most interesting…helping to shape the entire creative experience, along with the business behind it.

What led you into the career of producing?

A combination of factors! When I was young and first able to drive, I asked for, and received as a birthday present, a subscription to all the Broadway shows coming to Chicago. I loved it! Later, while I was in law school, my first cousin was an executive of the American Theatre Wing — the organization which produces the Tony Awards. Through his affiliation, I started to meet many of the people in the business, and saw more shows on Broadway. When I became an entertainment lawyer, I developed strong relationships with talent, writers, composers, directors, designers, choreographers, agents, lawyers and the like. Deals and information about new productions passed my desk on a daily basis.

Throughout all of these times, my brother Craig Garfinkle was also working as a symphonic and pop composer for film, television, music, theatre, and video games. His wife, Eimear Noone Garfinkle, was also working as a prominent composer and conductor in the symphonic world, and video game industry. Ultimately, it was a combination of these factors that led me to my first production of a one-man show alongside a three-time Tony-Award-winning client.

How does your background and training in law inform your role as a producer today?

I use that training every day. As a producer, one is constantly acquiring rights, attaching talent to productions, doing deals with co-producers and investors…. I can quickly perform or oversee these tasks, and understand how a well run production should work. Additionally, I have worked with and represented parties that have been involved with every aspect of production, from Tony-Award-winning stars and directors, to producers, designers, directors, composers, bookwriters, lyricists, and movie studios. I have done work for clients ranging from Oprah Winfrey (as a producer of The Color Purple) to Paramount Pictures, and Hinton Battle (three Time Tony Award Winner).

What criteria do you look for when deciding upon what story to bring to Broadway?

With musicals, I look for stories where the action or emotions need be sung. With both plays and musicals, I look for whether I was entertained and affected. With plays I am also more likely to look at whether there are stars attached, since plays are typically shorter runs, which may need the star power to recoup the initial investment in a short period of time.

Do you want to talk about the controversial Spider-Man: Turn off the Dark, and how you dealt with the experience?

Having originated Spider-Man: Turn off the Dark, I believe I have grappled at a high level with almost every major issue that one could face in the theatre. I am very proud of the production, which was ultimately extremely entertaining, and ran for three years on Broadway, grossing over $200 million. 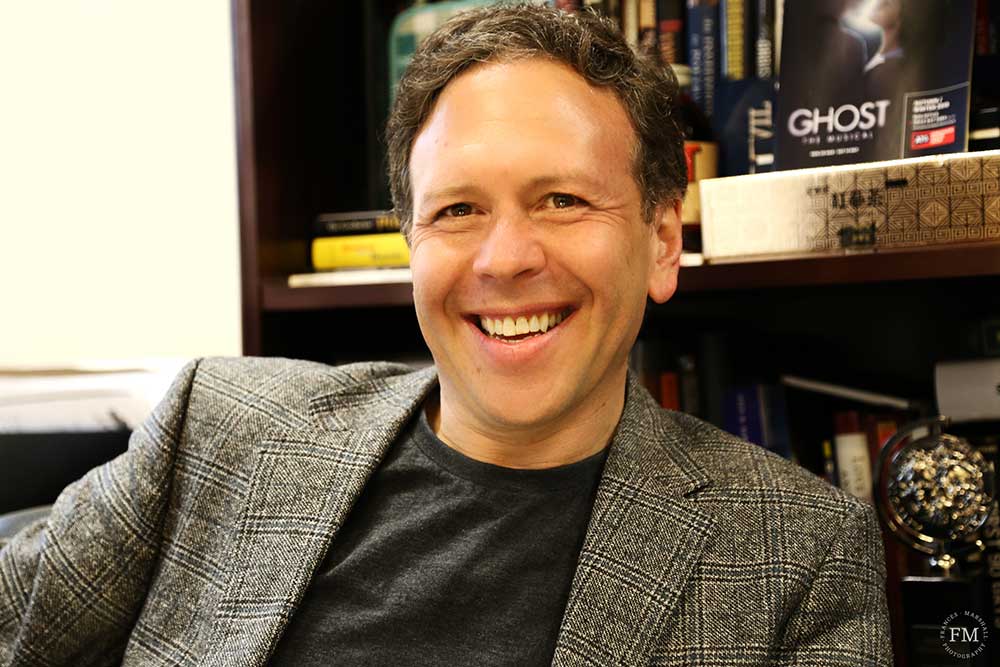 Special effects of some kind are now expected. I believe that when used properly they should simply be a tool for good story telling."

Tell us about Ghost the Musical, and the motivation behind recasting such an iconic film within the musical medium.

Ghost is the quintessential love story. It deals with life, death, love, and most importantly, all the strong emotions that beg to be sung. It is extremely funny, especially with the inclusion of the psychic Oda Mae Brown. The addition of her character (along with her sisters), allows the musical to find the right balance between humour and pathos. It also lends itself to some terrific production numbers.

What does the process of bringing a show to Broadway involve?

If one is a lead or co-lead producer, one acquires the rights to the material, which could be underlying rights, such as a movie or a book, or a musical or play that someone has already written. If one has acquired underlying rights (e.g. Ghost and Spider-Man), the producer hires the playwright (play) or the composer, bookwriter and lyricist (musical), and oversees the creation and creative process of the show. Either concurrent or after this portion of the process, you then typically bring on a director who brings their own vision to the project. It is up to the author team and the producer to agree with that vision.

Typically, a producer will hold multiple readings of a show during its development to work on it and then to ultimately present it to potential investors, theater owners and/or theater companies, etc…. Depending on the show, one might put up a regional or local commercial production first before bringing the show to Broadway. Either way, the producer is ultimately also responsible for raising the money, hiring and overseeing the general managers and the advertising, marketing and sponsorship entities for the show, approving and hiring the cast, designers (e.g. sets, costume, lighting etc…), orchestrators, arrangers and more.

Are special effects now expected of modern musicals — in your eyes does this enhance or detract from the music itself?

Special effects of some kind are now expected. I believe that when used properly they should simply be a tool for good story telling. For example, in Ghost we could have created many more illusions and special effects than what we did. With the illusions, for example, the key was to only use them when there was an emotional payoff, such as when Sam, our Ghost, walks through the door to chase Willie Lopez, a character who is putting Sam’s beloved Molly in mortal danger. They had more power when used sparingly. 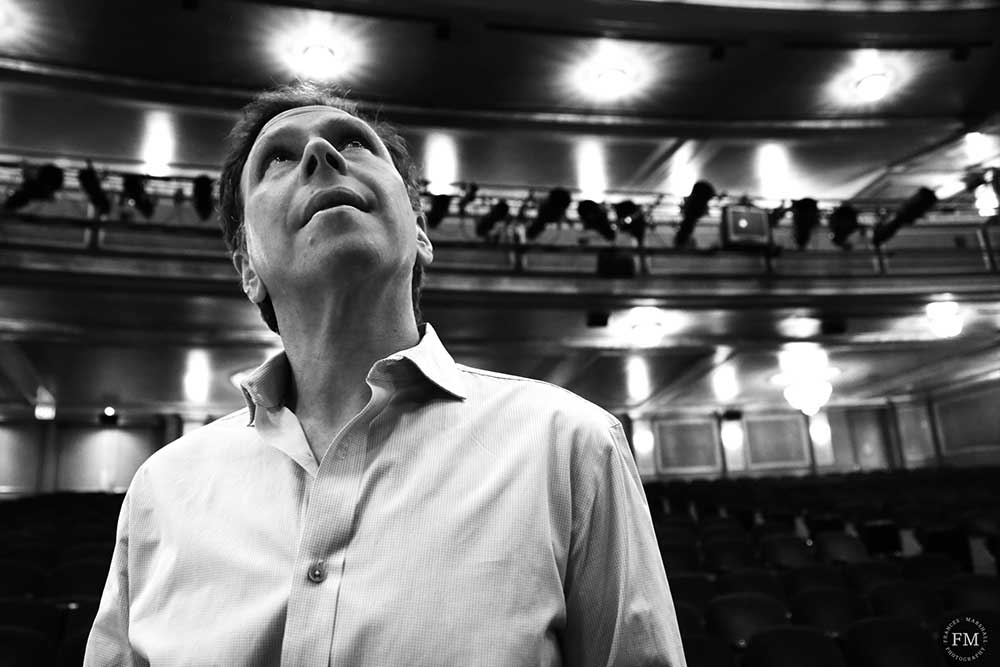 What is your involvement with the Leadership in the Arts program at your alma mater, Duke University?

For many years I was an adjunct professor in Duke’s Leadership in the Arts Program in New York City, addressing business and law of the arts, including how the contractual process, approvals and standards in the industry ultimately effect the creative vision. I am now working to develop a course related to Duke’s Certificate in Arts and Entrepreneurship.

From the producer’s perspective, what are the benefits of being classically trained as a Broadway singer?

The classics are extremely important. Much of today’s theatre takes elements from the classics. In addition, being classically trained also helps with the necessary versatility to be a top tier performer.

What does classical music mean to you, and does it have any particular aesthetic significance in your life?

Classical music and going to the symphony have been a major part of my upbringing, and informs the lens through which I look at creative endeavours. Furthermore, I have begun to embark on a project with my sister-in-law, Eimear Noone, and my brother, Craig Stuart Garfinkle, where Eimear will conduct major symphonies in a program of modern video game music (with visuals from the games), along with the classical music that has inspired the composers of those games (with Fantasia-like visuals). 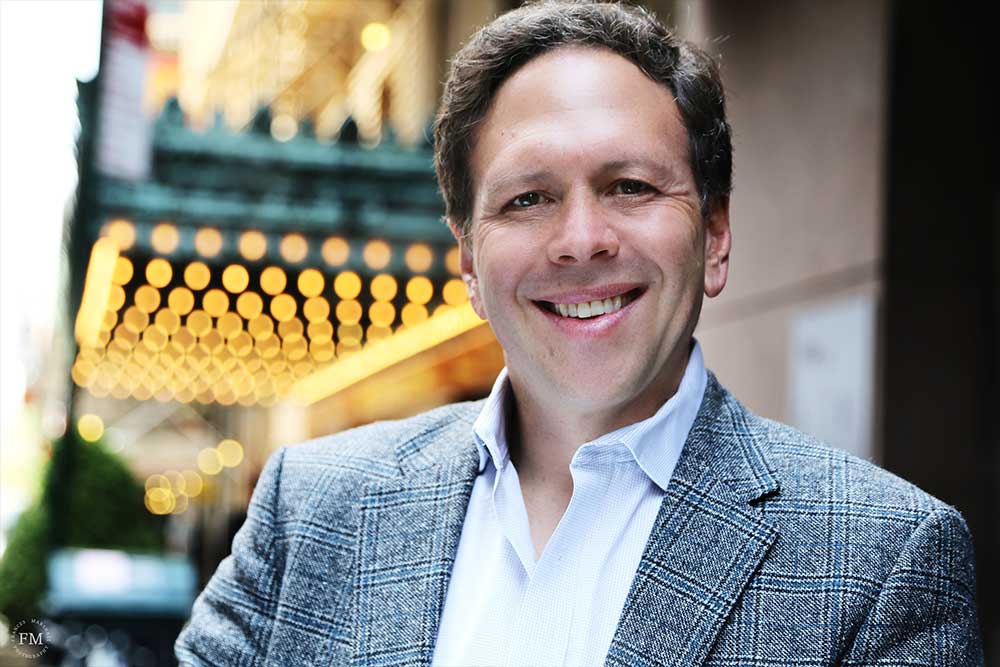 Would you ever consider sidestepping to the realm of classical music and producing an opera?

Yes, I would consider opera as well. I also represented opera singers as an entertainment lawyer.

What are your thoughts on the current classical music scene in New York?

I am thankful that major orchestras and players in New York have embraced bringing classical music to the youth.

How do you deal with the stresses of being a producer, and what makes you tick?

I am fueled by my passion for the arts, and try to look at the task in front of me, alongside the end goal of a project, to keep me centered. The mission statement of my company is: “transforming meaningful, uplifting, inspiring elements of popular culture into extraordinary theatre.”

What advice would you give to aspiring producers?

Learn as much as you can about every aspect of the producing process, from business to what creatively makes a production successful. Try to keep a realistic assessment of your projects as you move forward, and don’t be afraid to reach out for help.

I have several upcoming projects in the works, including the Broadway production of In Transit — an a capella musical with Deke Sharon from Pitch Perfect, written in part by Kristen Lopez from Frozen, and directed and choreographed by Chris Gatelli (Newsies and The King and I). I will also be co-producing Video Game Classics, and a major new production in a tent where the dome is a projection surface that is the equivalent of 16 IMAX screens (more on this to be announced shortly). Finally, Ghost will be touring Singapore in November 2015, and then New Zealand and Australia in December.