The Life of a Publicist: Elizabeth Bowman

Classical music publicist Elizabeth Bowman is the driving force behind Bōwman Media — a full service boutique communications firm with a particular focus on the arts. Working in Toronto, New York and London, the company specializes in public relations, design, branding, marketing and social media strategy. Clients range from individual acclaimed performers to arts organizations. Final Note caught up with Bowman at the Lincoln Center in New York to chat about her musical background, and life as a publicist.

The postgrad in arts administration was because I knew I wanted to work in the arts, but I wanted something more academic to help guide me to a job that would give me the greatest satisfaction."

What music filled the soundtrack of your childhood?

My parents listen to a great deal of liturgical choral music, so my upbringing involved a lot of renaissance, classical, and romantic music, with a heavy dose of Bach and Handel — many of the recordings featured Dame Emma Kirkby (I have her autograph hanging in my apartment…she was my musical hero growing up!). I grew up singing in my church choir (St Matthew’s Anglican Church in Ottawa, Canada), and was blessed with a great musical education there. Herbert Howells is my favourite choral composer to this day, and definitely holds a top spot on my soundtrack — if I had to choose some pieces, I’d select his Te Deum, Magnificat and Nunc Dimittis (Collegium Regale Service).

Tell us about your vocal studies at the University of Ottawa.

I was lucky to have grown up in Ottawa with a warm and supportive musical foundation. When I think of my music education at the University of Ottawa, I have to combine the other musical experiences I had available to me — I had a strong mentor in Matthew Larkin (Choir Director and Organist at Christ Church Cathedral, Ottawa…and for many years at St Matthew’s). I was also an apprentice in Opera Lyra Ottawa’s Young Artist Opera Studio for 3 years, while doing my undergraduate degree. The whole package of my university education, paired with exterior opportunities, gave me a well-rounded education in opera, oratorio and choral performance. I definitely feel that I was very lucky to have learned so much from the people who taught me in Ottawa.

Why did you decide to pursue a Postgraduate qualification in arts administration rather than music performance?

I suffered from stage fright, which seemed to get worse the further I pursued the performance path — likely a result of the immense pressure I put on myself (as many performers place on themselves). I think I knew all along that “the dream” might not be for me…although, I don’t think my early university self would agree! I worked in a print shop during my undergrad, and learned a great deal there about branding, design and customer service — I loved that job! I never thought it would come in handy, but that job really gave me the starting blocks to build the business I eventually created. The postgrad in arts administration was because I knew I wanted to work in the arts, but I wanted something more academic to help guide me to a job that would give me the greatest satisfaction.

Tell us about your journey from Ottawa to the bright lights of New York.

I actually left Ottawa in 2006 to head to Toronto, Canada. Once I completed my postgrad diploma in arts administration, I was lucky enough to land myself a maternity-leave cover as Alexander Neef’s (General Director) Executive Assistant at the Canadian Opera Company — it was his first year with the COC. It was an incredible opportunity for me to learn about how a major cultural institution is run while in my role there. I was very lucky to have had that experience, to gain that kind of insight — from marketing, to development, to PR, to agent dealings — everything goes through that office. It was eye opening, and showed me that there was a demand for the business I eventually created. I only moved to New York this year, so I am excited to see how things progress here.

How did Bōwman Media come about?

While working at the COC, I carefully observed the manner in which singers were presented to management. It occurred to me that there was definitely a demand for a service to help with artist presentation, especially with the rise of social media tools. At first, I was primarily concerned about presentation — websites, brand consistency…and the public relations aspect was an organic addition to my business as things progressed.

What are the PR needs of classical artists today, and how does Bōwman Media strive to meet these needs?

I think the PR needs of classical artists today are congruent with any industry PR needs — consistency, planning, and creativity. The execution of these things by someone who understands the product is key, especially in a time when arts journalists are being cut — meaning we need to seize the attention of journalists that might not have as deep an understanding of the classical arts as we do, while still getting as much as possible out of the article (so that it’s not fluff).

What are the most common ‘branding’ mistakes within Arts organisations?

Lack of consistency and clarity. Consistency in terms of imagery and messaging are fundamental to clarity. Some organizations, due to lack of funding, tend to pay less attention to detail across the board (ie. social media accounts are neglected, logos differ in quality from one area to another, or updates are not a priority in general). 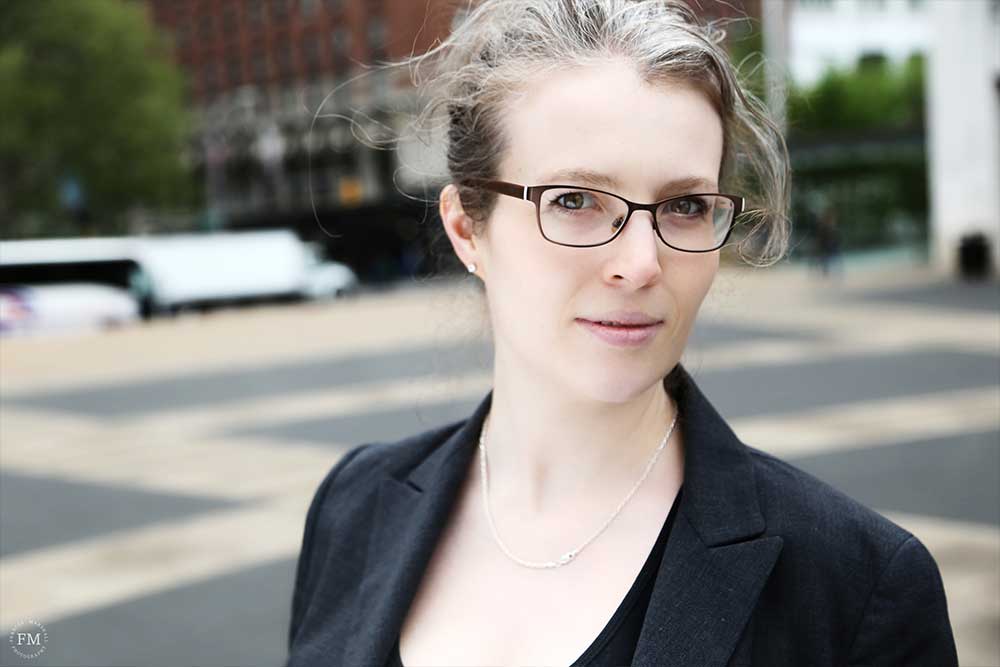 I pay attention to my clients personally, and try to address their PR needs across the board."

Bōwman Media is described as a ‘boutique’ communications firm — how does it compare with other larger organizations?

I define my business as a boutique firm due to its size. I pay attention to my clients personally, and try to address their PR needs across the board. I am sure the larger organizations work similarly with different agents taking on certain clients, so really it’s a matter of preference. At the end of the day, I try to work hard to get the best possible result.

From your vast experience in arts administration, what advice would you give to young artists setting out on their respective performing careers?

I would advise young artists to keep things simple and consistent when dealing with their public image. So pick a social media platform that you are comfortable with updating regularly (some aren’t comfortable with any and that’s ok — it’s better not to have Twitter if you’re just going to update it once every 3 months, for example). Have a clean website with only the information that you want to share. Regularly update audio samples, since young artists’ voices are constantly shifting. It is good to share only the most up-to-date material.

How challenging is the life of a publicist?

It is challenging to be a business owner in any field. I think that if the passion is there, then the challenge is welcome. I believe that I am doing what I am meant to do, which makes the daily “grind” part of my lifestyle. I work long hours since my clients are all over the world, and I want to be accessible to them…I guess that’s the biggest challenge, if I had to pick one. I don’t mind though! I like hearing from them, and knowing that I play a small role in helping with their career building. 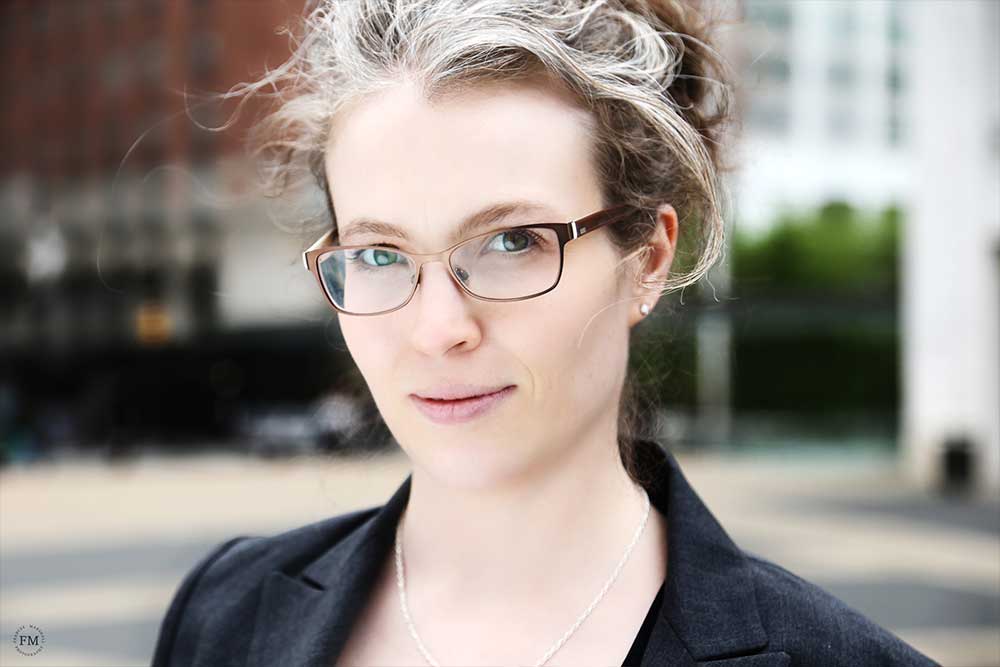 What do you love most about the job?

I love listening to my clients perform…it’s a breath of fresh air. When I design websites, I usually design to a soundtrack of them singing/playing for inspiration. I count myself very lucky to work with such talented artists.

In the vast classical scene in New York, who is ‘the one to watch’ at the moment?

That’s a tough question! I am biased, so I won’t be able to give you an answer to that. My lips are sealed!

What do you love most about New York?

I love that Lincoln Center is 3 subway stops from my apartment. The cultural scene here is so incredibly vibrant…there is always something to experience. The greatest artists are regularly performing and standing room tickets are affordable if you’re lucky enough to get one!

How important is the Arts within your personal life?

The Arts is my life. It’s a way of life in my household. My husband is violinist, Benjamin Bowman, and he lives and breathes the scene as well. I feel lucky to be in such a great partnership with him…he is extremely supportive of my business, and I am supportive of his career as well. We try not to talk “shop” all the time, but our interests are always arts aligned.

To keep up with the busy world of Elizabeth Bowman at Bōwman Media see: www.bowmanmedia.ca