Behind the Scenes of Music Network: Sharon Rollston

Established in 1986 by the Arts Council/An Chomhairle Ealaíon, Music Network is Ireland’s national music touring and development agency. A vibrant contributor to the musical landscape of this country, the organisation has gone from strength to strength over the past 30 years. Its vision extols the value of live music ‘as an integral part of our everyday lives’.

Recognition of the significance of the arts within the cultivation of ‘a vibrant society’ underpins much of what Music Network does, from its involvement in music education and outreach programmes to the manner in which it supports musicians at varying stages of their respective careers.

Final Note caught up with CEO Sharon Rollston to find out more about Music Network and its subsidary company, Music Generation.

How did you become involved with Music Network?

I was aware of the work of the organisation for many years through its National Touring Programme. I think the first Music Network concert I ever attended was a performance by Joanna MacGregor in a small venue in Bangor, Northern Ireland, about 18 years ago, which was simply stunning. I later had the chance to work directly with Music Network for several years when I was Touring and Outreach Manager with Moving on Music, based in Belfast, who we partner with on that very programme. So by the time I joined the organisation (firstly as Performance Programmes Manager in 2008, before becoming CEO in 2012) I was very familiar with its work, and delighted to become part of the team.

Tell us about your role as CEO.

It’s an interesting, varied, and sometimes challenging role, as you’d expect. My responsibilities include: artistic direction; strategic planning; fundraising; team and resource management; supporting the governance function of the organisation; working closely with our subsidiary, Music Generation; maintaining and enhancing relationships with key stakeholders and partners at national level, and with strategic regional and local partners such as statutory bodies and partner promoters.

Take us through the process of creating a Strategic Plan, from design to implementation.

Well in our case, the first thing we did when I took on the CEO role was to commission an independent review of our existing programmes. All of our key stakeholders, internal and external, were consulted as part of that process which then formed the starting point for what is, by necessity, an intensive, fairly lengthy process, working with the board to air and share ideas, then translate and refine them into a workable plan. Once a strategy is in place, communications, fundraising, and operational plans are developed in order to deliver on its objectives. Then it’s all systems go!

As the Strategic Plan expires in 2017, do you think that Music Network has fulfilled the brief, and what will be the focus of the next Strategic framework?

We’ve made very tangible, measurable progress under the 2014-17 Strategy. The plan focuses on three key areas—Musician, Audience, and Partnership Development—and significant strides have been made within each in creating a programme of exciting commissioning opportunities, introducing an Artist Residency Programme, developing a new programming strand specifically for child and family audiences, and by establishing numerous new strategic partnerships to maximise the impact and reach of our programmes. As our mission is to provide access to live music for people throughout Ireland and support the career development of musicians, both practitioners and public will continue to be a priority in the next planning cycle.

Relationship-building is fundamental to the efficacy of the agency — from your experience, what are the most challenging aspects in establishing a network of trust between musicians, promoters etc…?

Music Network has a very strong partnership ethos, going back to its inception in 1986, and practically all of our programmes are delivered in partnership. Our aim with this approach is to develop the capacity of local agencies to provide musical activity within their area, so enhancing local, regional and national music development in the longer-term. We work with over 50 promoters around Ireland, and it’s very important to us to meet with our partners regularly, and experience at first hand how our concerts are presented and received in different parts of the country. Music Network has earned a reputation as an honest broker over the past 30 years, and I think clear communication, an eye to the bigger picture, as well as attention to the fine detail, and the willingness and ability to go that extra mile, all keep our key relationships positive, productive, and forward thinking.

With such a wealth of musicians to choose from, how does Music Network go about selecting artists?

We generally programme in two seasons annually. Artistic excellence and audience appeal are fundamental, but there are various other considerations: achieving a balance across the three genres in which we work, namely jazz, traditional, and classical music, as well as ensuring gender balance; providing opportunities for both emerging and more established musicians; and featuring both Irish/Ireland-based and international musicians. We aim to present work that’s new and exciting for Irish audiences, so artistic curation is also an important aspect of our approach. We receive many proposals from musicians each year, all of which are considered, and we also get out and about as much as possible to hear what’s current here both in Ireland and abroad.

Career support and development is an important aspect of what the agency does — how does Music Network help musicians to prepare for working in such an unsteady industry?

Our strategic focus is on helping musicians develop their performance careers, so providing concert opportunities, where they can engage with and develop their audience, is central to this. We also provide many other practical supports and initiatives, for example, the Music Capital Scheme supports musicians in purchasing a suitable instrument, and we will be running a number of funding advice clinics early in the New Year to help people make the best possible applications to this scheme. Our Artist Residency Programme, offered in partnership with a leading venue and its local authority Arts Office, provides musicians with resources and funding to develop a concert series, with associated learning and participation activities. In addition to providing performance opportunities, it helps them to develop their curatorial, project management, and outreach work skills. Other supports, such as bursaries, residencies specifically to develop new work, commissioning opportunities and support for the production of recordings, all form part of our many ‘Musician Development’ activities. 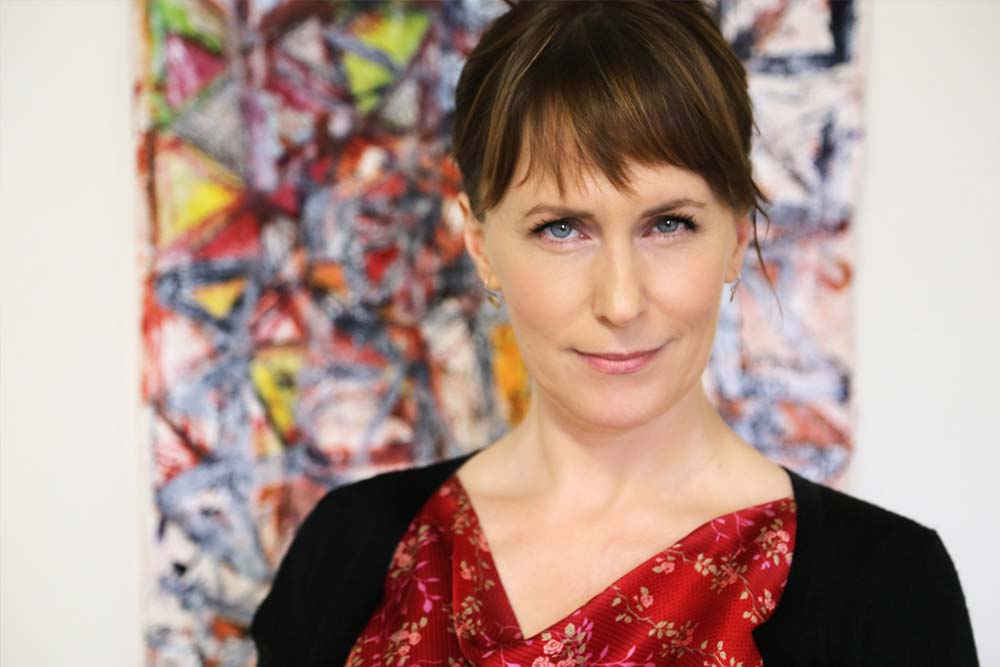 Those learning music through Music Generation will be an informed and engaged cohort of patrons and practitioners, on a scale that we’ve not seen before."

The Music Generation programme has garnered great success since its establishment in 2010, how did the initiative come about?

With the support of the Arts Council and others, Music Network ran a consistent campaign, for roughly 10 years, for improved access to music education in Ireland. This led to the creation of Music Generation—Ireland’s National Music Education Programme. There were a number of key milestones along the way: the publication of Music Network’s 2003 Feasibility Study Report, A National System of Local Music Education Services; the establishment of two pilot projects in Donegal and Dublin City; the establishment of a Music Education Working Group and hosting of a national seminar in 2007 and 2009; and an independent evaluation of the two pilot projects which culminated in a direct approach by Music Network to the band U2 for support. Needless to say, we were thrilled when U2 responded with a donation of €5 million, which was backed up with a further €2 million pledge by The Ireland Funds. This enabled us to establish our subsidiary company, Music Generation, in 2010. Six years on, over 35,000 children and young people are engaged in the programme, providing unprecedented opportunities to learn to play a musical instrument. Our ultimate goal is a full national roll-out of the programme, and its further expansion is currently underway.

Music Network has paired up with the Centre Culturel Irlandais to offer Artist Residencies to Irish musicians in Paris — tell us more about this exciting opportunity.

For the third consecutive year, Music Network and the Centre Culturel Irlandais are offering a bursary to a musician seeking to develop his/her performance career via a month-long residency at the centre, which provides a beautiful oasis of calm right in the centre of Paris. We are open to a range of ideas on how that time may best be spent. It can be used to write new material, to collaborate and perform with other musicians based in Paris, or to further music studies. The residency also provides an important means of showcasing Ireland’s dynamic contemporary culture on an international stage, and offers a great opportunity to tap into the resources of both the Centre and Paris.

What lies ahead for Music Network?

2016 has been an extremely productive and rewarding year for us. Being our 30th anniversary, in addition to our many regular concerts, tours and activities, we celebrated the occasion with a series of special events and commissions. These included Music Network at Body & Soul Festival over mid-summer weekend, a live broadcast concert for Culture Night on RTÉ lyric fm, a large-scale Irish harping community performance, and an island-wide partnership tour with Chamber Choir Ireland. We also commissioned and premiered a series of new works by composers and musicians: Edges of Light by dancer Colin Dunne, fiddler Tola Custy, harpist Maeve Gilchrist, and uilleann piper David Power; A Quarter Million Miles From the Moon by Deirdre McKay; Klariaby Anne Marie O’Farrell; and Avoca: A Celtic Journey by Philip Martin. Combined, all of these works have received close to thirty performances to date.

Those learning music through Music Generation will be an informed and engaged cohort of patrons and practitioners, on a scale that we’ve not seen before. Despite recent economic downturns and funding erasure, there is a sense of an increasing value of our musical culture and heritage. We know that there is a wealth of musical talent in Ireland. we also know that it can’t be taken for granted, but must be invested in, nurtured, and celebrated. We’re looking forward to continuing that work, and to the next 30 years of making live music happen.