Since the publication of his first composition in 2001, Tarik O’Regan has become a leading figure within the sphere of contemporary classical music.

As an early-career artist, the London-born composer embarked on a variety of prestigious fellowships, including the Chester Schirmer Fulbright Fellowship at Columbia University, the Radcliffe Institute Fellowship at Harvard, and Fellow Commoner in the Creative Arts at Trinity College Cambridge. In 2007 O’Regan’s Threshold of Night won the Liturgical category of the British Composer Awards. He received two Grammy Award nominations in 2009 for ‘Best Classical Album’ and ‘Best Choral Performance’. As a broadcaster and music commentator, O’Regan garnered particular acclaim for his documentary Composing New York, which aired on BBC Radio 4 in 2010. His BBC Proms debut soon followed, with a performance of Latent Manifest by the Royal Philharmonic Orchestra. O’Regan’s first chamber opera, based on Joseph Conrad’s 1899 novella Heart of Darkness, received much attention from the critical press in 2011. His first full-length ballet score, Mata Hari, commissioned by the Dutch National Ballet with choreography by Ted Brandsen, premiered in Amsterdam in 2016.

Here, O’Regan chats to Final Note about his early foray into composing, his forthcoming work with Chamber Choir Ireland and the Royal Irish Academy of Music, and his full-scale opera on the life of Mozart’s librettist, Lorenzo Da Ponte.

I had some wonderful music teachers at school who opened this brand new, scary world of writing music up to me, and I suddenly found myself wholly engaged with the idea....and I haven't stopped composing since."

What brought you to the world of composition?

Well, I had to compose some music as part of my GCSE examinations, back when I was 15 or 16. I’d come to music quite late, and I was primarily a percussionist back then…I wasn’t particularly looking forward to the composing element of those exams. However, I had some wonderful music teachers at school who opened this brand new, scary world of writing music up to me, and I suddenly found myself wholly engaged with the idea….and I haven’t stopped composing since. When it came to my first experiments in writing for orchestra, my experience as a percussionist proved to be invaluable—all those long hours, sitting at the back of a concert hall, counting endless bars of rests in rehearsals whilst everyone else was playing, allowed vast amounts of music to enter my mind by osmosis. In hindsight, watching various conductors reconstruct the composition process during these rehearsals turned out to be a series of wonderful composition lessons.

As a significant contributer to the choral repertoire, what do you look for in a choir?

I certainly used to write a lot of choral music, although I haven’t done so much of that recently as I’ve been focusing more on operas, ballets, and orchestral pieces. A Letter of Rights is an anomaly in this regard. I’m always interested in working with choirs whose members have a dedication to understanding the words (or if not actual words, the meaning behind the sounds) which they are singing. No matter how technically proficient the group might be, I feel one can always tell when that very visceral ability to communicate the meaning behind those sung notes to an audience is lacking. I particularly enjoy working with Paul Hillier and Chamber Chamber Choir Ireland, as I always feel communication and storytelling—in the broadest sense— are two things at the heart of what they do.

Having spent your formative years in England, what motivated the move to New York?

I moved to New York City in 2004 to take up a Fulbright Fellowship at Columbia University. Like many people before me, what became a permanent move started off as a temporary stay in the US “for a year or so”. New York City has a wonderful ability to adjust itself to the erratic working hours of creative artists. I adore London, but its routines are a little more robust and firmly rooted: I have to fit around its schedule instead of the other way round. New York is also that rare and alluring breed of major city, one which is a cultural and financial capital whilst not being a political capital. The balance of professions is apportioned differently to how things are in Paris or, say, Dublin: that mass of national administration (myriad buildings of state, thousands upon thousands of civil servants, hundreds of commemorative statues etc.) simply isn’t present.

You are currently working on a large scale opera based on the life of Mozart’s librettist, Lorenzo Da Ponte, how did this project come about?

When I moved to New York City in 2004, I soon discovered that Lorenzo Da Ponte, librettist of Le nozze di Figaro, Don Giovanni, and Così fan tutte, had spent more of his life in the USA—including Manhattan—than anywhere else. I became obsessed with this fact, reading everything I could find about him. How could this major figure in the European Age of Enlightenment have his gravestone in Queens, New York, resting underneath the intersection of the Brooklyn-Queens Expressway and the Long Island Expressway?

I first wrote about Da Ponte in a 2009 article for The Guardian about musical émigrés, which I later expanded into a documentary for BBC Radio 4 in 2010. I’d always thought he’d make a good subject for operatic treatment, but it was only after meeting John Caird in 2013, who would eventually become my own librettist, that I was able to see a way towards a dramatic adaptation. At roughly the same time, I was in discussions with Patrick Summers, Artistic and Music Director of Houston Grand Opera, about developing a new work for them. Da Ponte, which I had come to believe to be one of the greatest and least known American immigrant stories, was the topic upon which we settled for the commission. 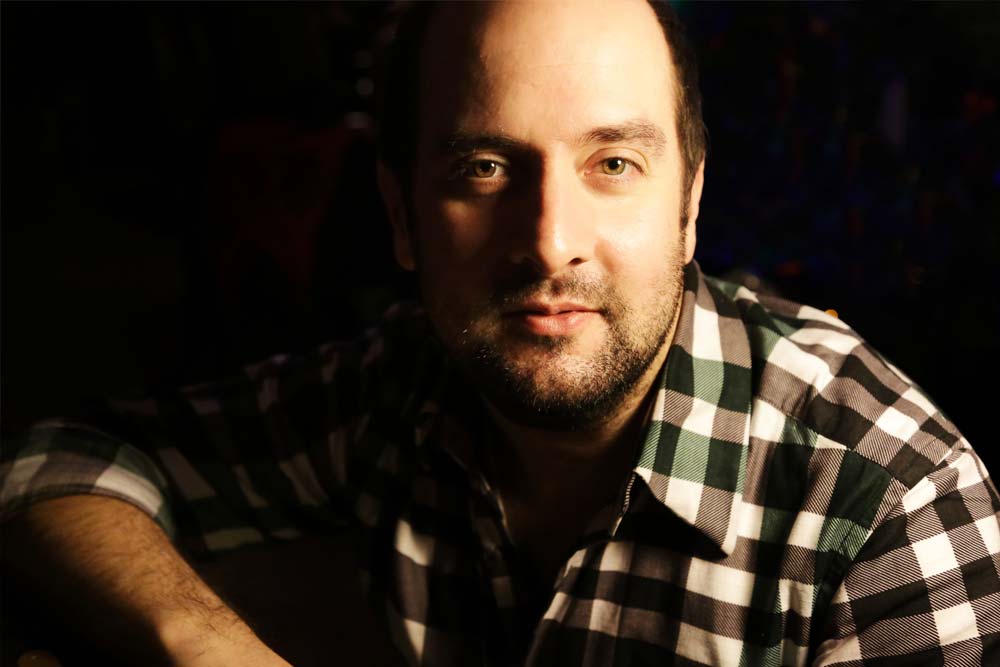 My main task this year is to keep working on my full-scale opera on the life of Lorenzo Da Ponte. It's due to open in 2019."

Tell us about your forthcoming role in Chamber Choir Ireland’s A Letter of Rights project.

I am mentoring three terrific composers as part of an open workshop on 24 February: Seán Doherty, Amanda Feery, and Michael Gallen. To tell you the truth, I feel like they are mentoring me. I’m learning so much from them. I’ll quote from the message I sent to Chamber Choir Ireland and the Contemporary Music Centre – the two organizations which have been instrumental in putting this project together – after I’d looked through all the submissions:

It’s quite frightening to see the level at which composers write these days (guessing their ages by looking at their CVs, I was nowhere near the level of sophistication I see in their writing when I was their age)!

Composing can be a very lonely and isolating profession, and I believe strongly in fostering as much collegiality in the field as possible. I’m delighted that the brilliant Alice Goodman, who wrote the libretto for A Letter of Rights, is joining us to talk about her work as a poet and librettist. And I’m also very excited to be working with some of the students at the Royal Irish Academy of Music in a separate project when I’m over in Dublin…that comes to fruition on 3 March.

A new album of my orchestral music, A Celestial Map of the Sky, performed by the Hallé (conducted by Sir Mark Elder and Jamie Phillips), will be released on the NMC label on 24 February. Mass Observation, a large-scale work for chorus and percussion sextet, receives its premiere on 15 February by the University of Michigan Chamber Choir and Percussion Ensemble, conducted by Jerry Blackstone; we’re then going into the studio to record it for a forthcoming album. I’m collaborating with Alice Goodman again, but this time on three songs for Kitty Whately and Iain Burnside, which will receive their first performance on 20 May as part of the Ludlow English Song Weekend. My main task this year is to keep working on my full-scale opera on the life of Lorenzo Da Ponte. It’s due to open in 2019.

To find out more about Tarik O’Regan visit: www.tarikoregan.com

All images are subject to copyright.