Curating the Career with Helen Wallace

At the age of 24, Helen Wallace became the editor of The Strad Magazine and at 27 she landed one of the biggest jobs in classical music journalism, editor of BBC Music Magazine.

Wallace sat down with Final Note Magazine to talk about music, motherhood, mentorship, rebranding herself and her role today as Director of Programming at Kings Place, London.

People got angry of course, but their anger made me realise that they were reading it, which to a young writer, was exhilarating."

What did your entrance into the classical music industry look like?

Music – mainly as a cellist – had always provided me with the most intense, challenging, visceral experiences in my young life. After A levels I couldn’t decide on music college or university. I took a gap year to teach the cello and take a diploma. I went up to Oxford to read English and threw myself into masses of performing there. But three years later I was applying to do a journalism course at the London College of Printing. By then I knew I wanted to write more than perform. I’d started to write reviews for the university paper.

Were you playing in the orchestra that you were reviewing?

Yes (laughs), but they didn’t know it was me. My focus was on the programming, not the standard of the musicians. The repertoire choices were unimaginative and predictable, so I chose to write about it. People got angry of course, but their anger made me realise that they were reading it, which to a young writer, was exhilarating.

Is this where you caught the journalism bug?

Yes. An important thing I learnt from the writer Humphrey Carpenter was that it helped to have a specialism to make it in journalism. After graduating I got a job at The Musical Times, then The Strad, soon afterwards becoming editor. It turned out to be a baptism of fire: the stringed instrument world is both global and medieval. It’s a million dollar business which operates on an unwritten code of trust. There are people of extraordinary skill and integrity among the luthiers, and there are dealers we profiled who later went to prison. I travelled all over the world, and encountered great musicians like Rostropovich, Menuhin, Gidon Kremer, Janos Starker and Nathan Milstein.

When the commissioning editor job came up at the newly-formed BBC Music Magazine in 1993 I knew it was a great opportunity to be in the wider classical music sphere. Fiona Maddocks was the founder editor and was, and continues to be, a mentor. She taught me about editorial structure and pacing, pulling in talent, and making an impact. She’s a brilliant writing technician, an incisive wit and she sparked my ambition. Most importantly, she showed me how to think big and have courage. I became the editor when I was 27 and loved every minute of that job for seven years. It was such an enriching experience to have access to all that live and recorded music – this was before Spotify.

Why did you leave?

BBC Magazines were sold to a company in Bristol, and it wasn’t possible for my husband and I to move. I had a one year-old and a four-year-old. I’ll never forget a manager saying something about ‘nappy brain’: it infuriated me. When you’re a new mother you HAVE to do everything at a million miles an hour. I was on fire and at my most productive at that time. I wrote the publishing history of Boosey & Hawkes, knee-deep in dust, racing to keep up with the research as the documents were moved out of the Regent Street offices.

There’s a new charity set up by opera singing parents called SWAPRA, and I’m a big fan. Their message is that having a child is not a women’s issue, it’s a parental issue and an issue for society. Many women still say that if their salary isn’t higher than the cost of childcare then it isn’t worth them working. But two people make a child: women shouldn’t take sole responsibility for difficult decisions about work. My husband experienced sexism when he had to fight to work four days a week when the children were small. I’m in a generation where many of us boxed and coxed to stay in the work place and actually helped keep the pay gap wide. I know women who squeezed full-time jobs into three paid days a week just to stay on the ladder. But we’re now in our fifties and happy to finally work full-time again. School and work hours do not match, though everyone would prefer to brush that under the carpet. Parenting isn’t structurally accommodated in our system. I was very lucky to be able to work freelance at a time when I wanted to be there after school. 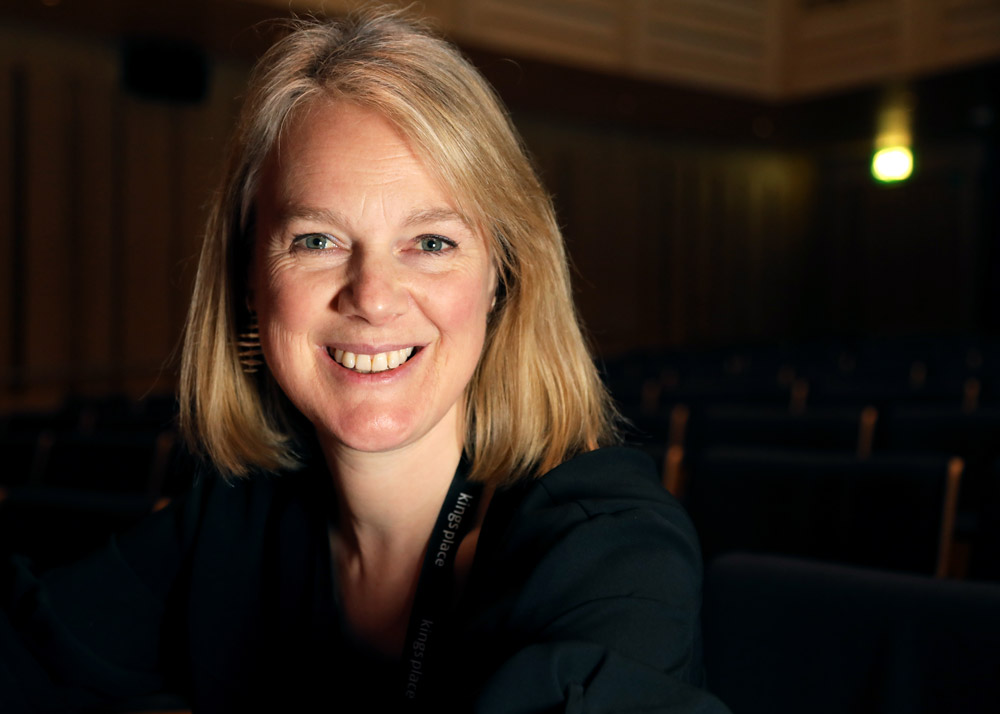 It put me in touch with the fundamentals of music, the real source of its communicative power: I experienced some of the most profound musical moments of my life during those lessons."

You’ve had to rebrand a few times in your life, tell us about how you’ve discovered these different roles inside yourself.

When I left BBC Music I became Consultant Editor, a freelance writer and author, and began working for Kings Place as a publications editor. I spent a lot of time working alone and I really missed having colleagues. I ended up working crazy hours for lots of different people with continuous deadlines so, early on, I trained in Kodaly Early Years Musicianship, and for 15 years gave classes to mothers and tots, nursery and primary school children. It put me in touch with the fundamentals of music, the real source of its communicative power: I experienced some of the most profound musical moments of my life during those lessons. There is nothing like the quality of listening you receive from an 18 month-old enthralled by a song.

Who have been the most inspirational people in your life?

My husband, whose knowledge of music is never-ending, and my children, who have taught me to be a better adult. My cello teacher Kathleen Anderson was a great inspiration, as was Julia Freeman, a wonderful pianist with whom I had the privilege of rehearsing great repertoire. Professionally-speaking, Fiona Maddocks helped me to find my voice as a writer, and press consultant Ginny Macbeth has been a very important mentor, as she has to many. It was Ginny who suggested that I should work for Kings Place. Peter Millican, founder and Executive Chair of Kings Place, is a uniquely inspiring figure, a visionary who always asks the most interesting questions.

Now you’re Director of Programming at Kings Place, tell us about your role.

It’s not dissimilar to being an editor. At Kings Place I have to set an agenda, and bring all the talents together to make a musical and spoken word feast. It’s all about planting the seeds. I’m not just working with multiple audiences and passionate tribes, I’m also collaborating with 15 different artistic associates who work with us from Aurora Orchestra to Poet in the City, Edition Records to the London Sinfonietta.

How do you structure a series?

Each year we take a big theme for our year-long unwrapped series which forms the backbone of our programme. Bach and Mozart were early ones, and I’ve led on Cello, Time and this year Venus Unwrapped. It’s a multi-genre series, taking in classical, folk, contemporary, jazz, spoken word, poetry and live podcast so it needs an overarching theme with real potential, but also simplicity, something that can be communicated directly, something with relevance and edge. Venus Unwrapped has certainly been that, a series that put women composers back into music history and celebrated the great female creatives around today. 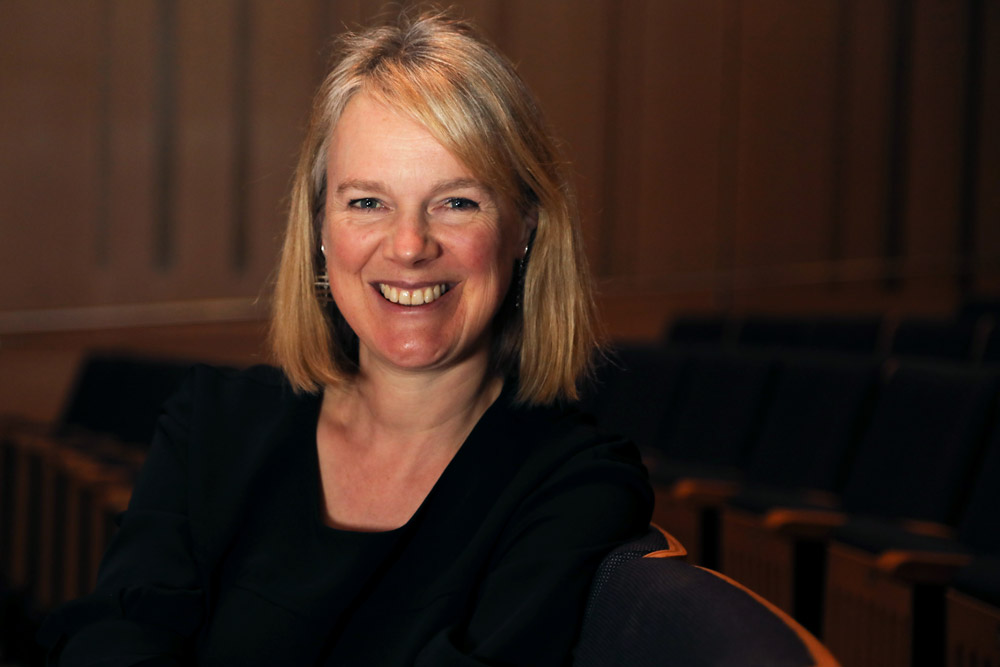 What’s the most misunderstood part of being a programmer?

People sometimes have the idea that a programmer acts as an autocrat, picking and choosing music and musicians purely according to their own taste. It’s actually a complex conversation between one’s own vision, the artists, ensembles, promoters and the audience. I work with three amazing programmers here who each have their own expertise and area too, so it’s very much a team effort. A good programmer is somebody who has strong ideas about what they want but knows how to listen, who knows how to play to the strengths of the different musicians and composers. You also need to be aware of the wider venue context in London: Kings Place has a role in that richly diverse ecology. We need to take on projects ideally suited to our intimate spaces and our audiences.

I’ve definitely learned the hard way (laughs). If you force an idea or go with something you aren’t 100% behind, you can end up with a poor event and a damaged relationship. There are no short cuts to learning how different groups and artists perform, who their audiences are and what the chemistry is. Someone said to me I could do my job using YouTube – not true! It requires long hours and many nights in the hall. I’ve experienced a steep learning curve but it’s fascinating.

Throughout your career, what would you say has been your biggest discovery?

In Venus Unwrapped I confronted the fact that we are still operating in a musical world where 2-3% of the concert music performed is composed by women. Discoveries for me were Renaissance composers like Rafaella Alleotti and Leonore d’Este, and 20th century composers of real individuality, Grazyna Bacewicz and Vitezslava Kapralova. Where women could work outside hierarchical structures, they thrived creatively. But they needed to build a team and  control of every aspect of their music production and performance – like the medieval Abbess Hildegard of Bingen, Barbara Strozzi in 17th century Venice, Meredith Monk or, today, Anna Meredith and Caroline Shaw and, in another field, figures like Beyonce – to create a legacy.

Tell us about the upcoming ‘Nature Unwrapped’ at Kings Place.

I’m very excited about this. We’re looking at music across time that has been inspired by nature, the music of nature itself and the crisis in man’s relationship with nature. There’s everything from Beethoven’s Pastoral to a work made with live insects, music controlled by bees and instruments made of ice. It’s a celebration while also raising people’s awareness of the critical situation of the biosphere. Chris Watson, who is David Attenborough’s sound recordist and a composer, is artist in residence and will create seasonal sound environments in the halls, seals singing, deer rutting. Paul Hillier is associate artist with his Theatre of Voices. We’ll bring the outdoors in and it will be brilliant.

To find out more about Kings Place see: www.kingsplace.co.uk