From the Ground Up with Hugo Ticciati

The only word suitable to describe Hugo Ticciati in person and musically is ‘magic’.

Through his prolific work this great violinist is by default bringing his audience to a new place of limitless thinking through his approach to performing and programming. In this interview with Final Note Magazine, Ticciati talks about searching for the ‘raw power’ in music and how isolation liberated him as an artist.

How would you sum up your childhood?

I was surrounded by lots of beautiful and loving people, not least my parents, who gave me the freedom to taste life and to make mistakes without dwelling on them, all of which helped me to grow and develop.

What do you remember from school?

At school I remember running to the music room during breaks to sight-read concertos for four harpsichords (and get access to a hidden stash of biscuits!), or harmonise Bach chorales in the style of Brahms – covering up my inadequate understanding of harmony by purported musical sabotage! I remember spending long Sunday afternoons out on the cricket pitch with my classmates, and raucous bus rides during which we celebrated victories over another school’s rugby team. I remember being swept away by a Latin teacher losing himself (and most of his students) in a recitation of the Iliad and an Italian teacher waxing lyrical about Dante’s Il ben de l’intelletto.

When did you first pick up a violin and what led to that moment?

When I was seven, having heard a recording of Menuhin playing Beethoven’s Violin Concerto. 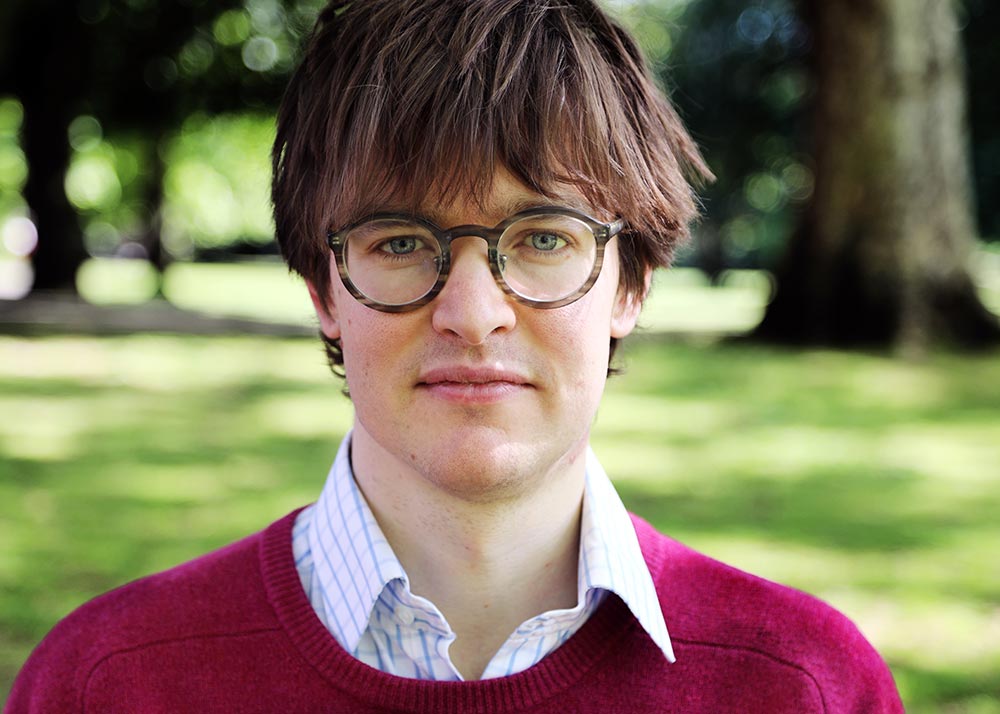 They were the most wonderful and liberating years, freeing me from thoughts of a musical career, from the constraints of musical institutions, and above all giving me the space, time and silence simply to ‘be’."

How old were you when you decided to become a professional violinist?

There was never a moment, it always just ‘was’, so to speak – despite some rather large hurdles that I had to overcome! And to be honest I have never conceived of, or even experienced, being a violinist as a profession. I just do what I love doing and hope to share that love with as many people as possible.

In more practical terms the path was a little more tortuous. At the end of my school studies I didn’t feel my violin playing was of a sufficiently high standard to go to a conservatoire so I decided to do a music degree at Cambridge.

During the intervening summer, after I had taken my A levels, I met a professional violinist, who told me I ‘must play’ the violin, and recommended a teacher in Canada. Knowing it was what I wanted to do more than anything, I called Cambridge to defer by a year and bought a ticket to Canada. To cut a rather intense story short, I came back after nine months with pain in every part of my body, caused by practising too much in the wrong way, and I faced the prospect of being forced to give up my dream. But a ten-minute lesson with the Russian violinist Nina Balabina was enough to make me call Cambridge again, this time to cancel my place, and buy a one-way ticket to Sweden, where Nina taught.

For four years I became a hermit: physically, I lived in a kind of isolation; violinistically, I played only scales, exercises and studies. They were the most wonderful and liberating years, freeing me from thoughts of a musical career, from the constraints of musical institutions, and above all giving me the space, time and silence simply to ‘be’. Slowly but surely, I emerged from this hermetic hush and returned to the outside world of music. 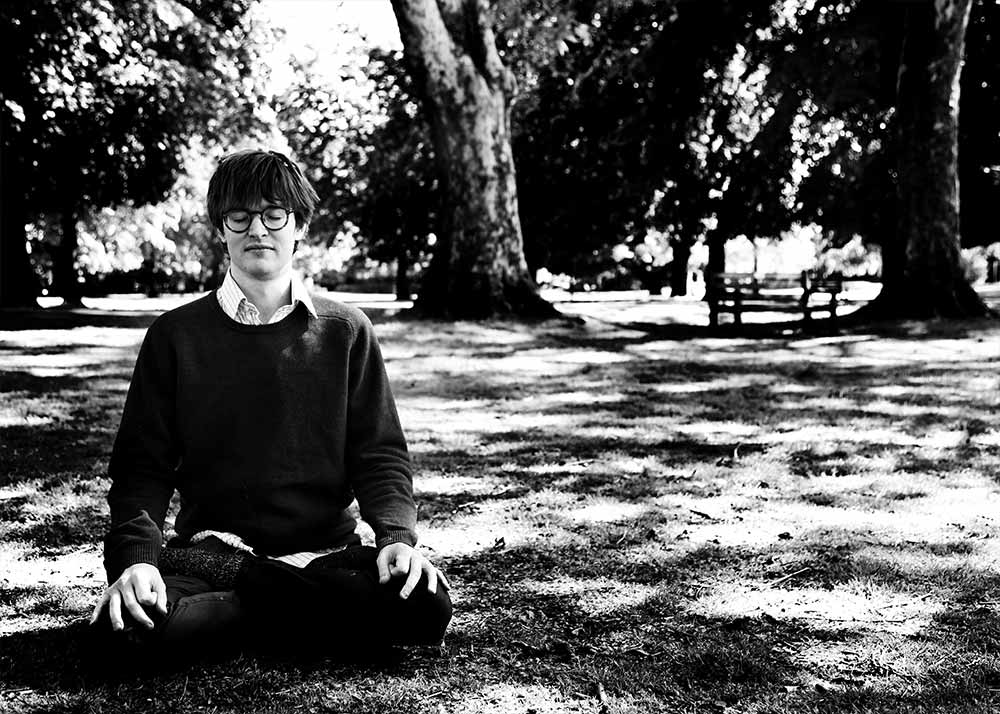 It was about nine years ago that the late opera singer Kjerstin Dellert asked me to start a festival at Confidencen, an idyllic rococo theatre situated in the grounds of Ulriksdal Palace near Stockholm. The combination of my particular passion for contemporary music and the enchanting atmosphere of the rococo theatre provided the inspiration for the basic idea behind the festival: the exploration of the relationships between the work of composers from previous epochs and the artistic and intellectual creations of modern culture, be it in music, art, dance, creative writing, film, academia or any related field. This is encapsulated in the Swedish name O/Modernt, which can be translated as ‘Un/Modern’

Over the last few years the un/modern philosophy of O/Modernt has provided the impetus for numerous groups, events and activities that run alongside the annual summer festival. We now have an orchestra, an ensemble of soloists, several series of concerts throughout Europe, an academy, a growing list of publications and commissions as well as our recordings!

What’s your intention behind the upcoming album ‘From the Ground Up: The Chaconne’?

‘Intention’ is perhaps too strong a word, but as with everything we do at O/Modernt my hope is to use creative programming to explore relationships between music old and new, and to stimulate a fresh and engaged kind of listening that entreats the listener to become more aware that he or she is an active agent in the creation of the music.

One leitmotif that guides O/Modernt, and in particular the present recording, is adapted from John Cage, who said we must ‘invent the past and revise the future’. The challenge of this brilliant paradox is to recover the radical freshness of past works while cultivating a familiarity with the art of the future even as it is brought into being.

The making of From the Ground Up also epitomises another aspect of O/Modernt. There was never a vision of a final product with a fixed set of characteristics. Rather, the album emerged through a dynamics of change, with a constantly evolving assemblage of forces – artists, locations, musics, ideas, expectations, and perhaps most importantly trust in the process. The album is in many ways something I would define as an epiphenomenon, arising from an ongoing series of unique confluences. I hope this will affect the way it is experienced by those who hear it.

...as with everything we do at O/Modernt my hope is to use creative programming to explore relationships between music old and new..." 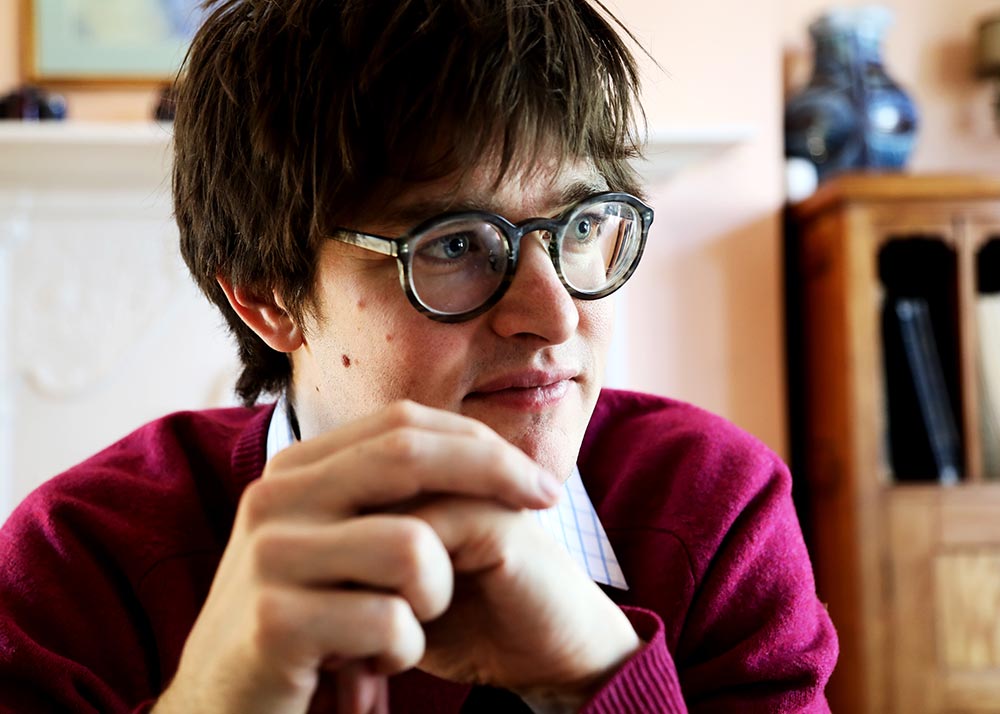 I strongly believe that sound recognises no borders, and if we understand music as ‘sounding expression’ then the lines we have drawn to demarcate styles and genres are no more real than the lines on an atlas."

Your work seems to be very focused on bridging geographical borders, with classical music being so niche and mainly a western art form, how have you tackled this issue?

I strongly believe that sound recognises no borders, and if we understand music as ‘sounding expression’ then the lines we have drawn to demarcate styles and genres are no more real than the lines on an atlas.

I don’t mean that we should scrub out all demarcations in a flood of eclecticism, for this would lead to a loss of identity and uniqueness in all the musics across the globe and throughout history. Rather, I think we need to celebrate each and every individual style and genre of music for what it is. Paradoxically, I think that one way of doing this is by letting seemingly incompatible genres rub shoulders with each other in unexpected artistic juxtapositions. Such contiguities challenge habitual expectations and perceptions, and can turn the familiar into something strange, or make the strange seem uncannily familiar. In this way I believe we can try to recapture some of the revolutionary emotional power that originally characterised a great deal of the music from the western classical tradition that you mention in your question. That raw power is something that I fear is all too often lost in today’s overcrowded and polluted aural landscape.

O/Modernt’s new album ‘From the Ground Up: The Chaconne‘ is available to buy/stream: www.smarturl.it/FTGUomodernt