Final Note Magazine recently caught up with violinist Lucy Gould to chat about her work as a performer and teacher, and her forthcoming performance with the acclaimed Gould Trio at the Drogheda International Classical Music Series.

Why did you decide to follow a career in performance and teaching?

From about the age of 13, when I became a member of the Hampshire County Youth Orchestra, I realised I had a passion for music. We learned some major, exciting works, such as Mahler 1, Shostakovich 5, and Berlioz Symphonie Fantastique. Much earlier, I also remember dancing with my sisters to Tchaikovsky’s ballet music and loving listening to Vivaldi’s Four Seasons. I didn’t really make an actual decision though…one thing followed another, and this is where I have ended up…so far!

I chose my violin on its purity of sound...its quality was evident straight away..."

Tell us about your Joseph Guarnerius filius Andreae violin.

I have had my violin for roughly 8 years now. I had played on my previous violin for many years and it had many lovely qualities, but there came a time when I had a bit of work done on it and things started to go wrong in terms of the sound. I had always presumed I would never be able to get something on the next level but when we actually sat down and worked it out, we realised it was possible. My instinct had also been to blame myself if there were sounds that I couldn’t make. In some ways I wonder if this was a good thing, as in, I had to keep searching and working out how I could produce the colours the music needed, but I have to say, once I played on a better instrument I thought I really should have done this years ago.

I chose my violin for its purity of sound…its quality was evident straight away to me when compared to other instruments that I was trying. The only thing, and it is extremely superficial, is that I had imagined how my next violin would look: golden brown, interesting grain, a beautiful sheen etc…, and when I walked into the room where I was to try this Joseph Guarnerius, my heart sank as I saw this violin sitting on a piano…red, blotchy and virtually matt. The instrument’s appearance is no longer important to me. It’s the sound quality that really matters.

The role of the classical musician is ever changing in today’s society—how do you prepare your students at the Royal Welsh College of Music and Drama for the challenges ahead?

This is a difficult question, as how can I prepare them for the unknown? I have decided the only thing I can teach them is how to play their instrument to the best of their ability. This includes having conscious knowledge of how to listen, criticise, put something right by having good practice techniques, and how to make music decisions based not only on instinct, but also knowledge of style and harmony. I encourage them to get involved in all the different disciplines of string playing, though this is very much part of their course anyway.

Chamber music has the most skill requirements—for the extra open ears, you need to be reactive to the others whilst maintaining your solo line; working together in a team of sorts to improve ensemble; intonation and to agree on a common approach to the music; and generally just managing yourself with others out of a timetabled situation. Some of my students will not probably end up playing the violin as their career but I hope that some of the skills they learn with me are transferrable. On a personal level, I spend quite a lot of time with these individuals and I hope I can provide a sounding-board for some of their worries but also try and encourage them to be open and aware of themselves as people in a world where getting along with others is so important.

What was the inspiration behind setting up the Gould Piano Trio?

I can’t claim responsibility for this! During my first year at the Royal Academy of Music, I met a cellist who I wanted to be in a string quartet with. He was already in one, so he suggested I join in with a pianist he had met, and so we became a trio. The name was also accidental—we were performing in the foyer of the Festival Hall and we didn’t have a name so someone had written LUCY GOULD PIANO TRIO on a board. We thought at least the name Gould has musical connotations so we kept that part of it. After that, we took part in whatever concert/competition we could and had a lot of fun rehearsing. We did also work pretty hard.

The ensemble has garnered significant acclaim for its annual chamber music festival in Corbridge, Northumberland—how has the event evolved since its inauguration in 1999?

This is a festival which is run both by the trio and my husband Robert Plane, the clarinettist. In some ways there hasn’t been a great deal of evolution. Two days have now become three, two concerts have become nine…the audience has grown and we have some really loyal followers. We now have a festival service conducted by Alice’s father, organist Martin Neary. It is still pretty much a family affair. We don’t employ anyone and it’s all friends and family who help it to run fairly smoothly. I think the audience trust us. So we feel that we can programme living composers along with some neglected works from composers long dead who people might not have come across without affecting audience numbers. This all keeps it interesting for us too.

Aesthetically speaking, what style of chamber music would one associate with the Gould Trio?

I’m not sure I know how to answer this. Maybe someone else would be a better judge. In my experience you think you are one thing, or lacking in something else, and you never notice when the scales have tipped the other way…we just try and do what we believe in at the time…. 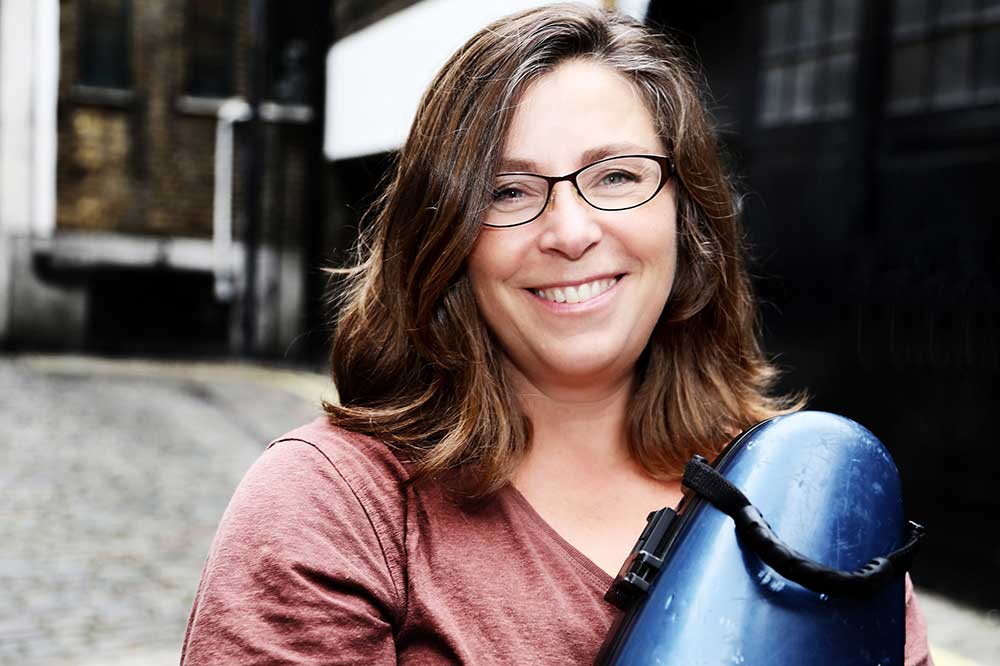 Collectively, you enjoy a close relationship with London’s Wigmore Hall—what do you love the most about this iconic venue?

Of course the Wigmore Hall is iconic and it has a great history of amazing performers so it is nice to think that one is a little part of that. We are performing all the Beethoven Trios there over this season so we will be seeing a little bit more than usual of the green room. On the whole though, I try to put concerts in perspective (partly because it takes the pressure off). I know from experience that you can enjoy a concert just as much in a school hall, in a small town somewhere, as on the stage of the Wigmore.

When commissioning new works, how much input do you as artists have in the final product?

Virtually nothing on the whole. More recently with Mark Simpson’s After Avedon we spent quite a few hours moving things around but this was the only time we had this experience. It was interesting because we had a bit more of an idea of what he was trying to achieve. It seems to me that most composers write what they want to write, and then they are happy to hand it over for it to be played how we want to play it!

This 13 October, the Gould Trio is set to take to the stage of the Drogheda International Classical Music Series—what can audiences expect of the programme?

This is a very popular programme of classical era music. It spans only about 50 years. Somehow though, that seems amazing, as all three pieces are so different. The Haydn is always fun and lyrical, the Beethoven is grand, touching and epic, and the Mendelssohn is sweeping, sparkling, exciting and intimate…a lot of adjectives!

For more information on Lucy Gould and the Gould Trio see: www.gouldpianotrio.com

Details of the Drogheda International Classical Music Series can be found at: droghedaclassicalmusic.com

All content and imagery displayed within this article is subject to copyright.