Michael McGlynn is renowned for his work as Artistic Director of the globally famous Irish vocal ensemble, Anúna.

Hailed as one of the leading choral composers of our time, the Dublin-born tenor has had his work recorded and performed internationally by groups such as Rajaton, the National Youth Choir of Great Britain, the Dale Warland Singers, Conspirare, the BBC Singers, Kansas City Chorale, Cantus, Phoenix Chorale, and New York Polyphony. Recent commissions include ‘Song of the Wind’ (‘Amhrán na Gaoithe’) for Chanticleer, ‘Dormi Jesu’ for Kultursamverkan Svenska kyrkan (the Church of Sweden), the choral triptych ‘Flowers, Sunshine and Shadows’ for Florida Atlantic University, and the motet ‘O Pia Virgo’ written for New York Polyphony. Incidentally, this latter work appears on their 2015 Grammy-Nominated CD Sing Thee Nowell. From 2011–2013 McGlynn was visiting Eminent Scholar at the Music Department of Florida Atlantic University. He has led numerous workshops and seminars, and has been invited to lecture on his music and the Anúna Methodology of choral performance the world-over. McGlynn has produced and recorded sixteen albums for the choir with Anúna, which, alongside Celtic Origins (2007) and Christmas Memories (2008), have all featured in the US Billboard Charts.

McGlynn takes time out from music making at his home in Stillorgan to give us a rare insight into his composition process, writing style, and creative ethos.

Anúna now contains some of the finest choral singers on the planet, so I am gradually becoming used to the idea that I can stretch my voice as a writer considerably more than in the past."

How has your compositional vocabulary evolved over the past three decades?

The best way I could describe my compositional development is by comparing one of my first large-scale projects, Invocation, with my most recent one, Revelation. Invocation (1994) is joyous, hugely energetic, and obsessed with early Irish texts and poetry. Disregarding the unique vocal timbre of the choral sound, the harmonic language is a combination of jazz-tinged chords, medieval drones and structures. In contrast, the harmonic language of Revelation (2015) is flowing, expansive and much less concerned with ideas of cultural identity.

In 1994 Anúna was embryonic and restrained by the capacity of the singers to actually perform the material. I wrote for the instrument I had available to me, and the material both suffers and benefits from this restriction. Today I don’t have those same restrictions, with members drawn from all over the world. Anúna now contains some of the finest choral singers on the planet, so I am gradually becoming used to the idea that I can stretch my voice as a writer considerably more than in the past.

In the recent past I’ve worked with many world-class ensembles such as Chanticleer and New York Polyphony. I have found that less is more when dealing with such virtuosic ensembles, and I love exploring the ways I can extend my writer’s voice with these wonderful musicians.

The title track from Revelation was constructed on the day of the recording — a free creation and dramatic musical experience for all of us working on the project. Maybe now I see my work in a much more fluid manner, opening up new pathways and avenues for the future.

Where do you write your music, and do you have a particular routine?

I have a piano that my parents bought in 1968. I have never been a great one for tempered tuning, so often I’ll come back from being away and someone will have called the piano tuner in desperation. I work out ideas on it for a short time, scribbling illegible notes and chords on my pad. Then I leave everything alone, returning to the material some considerable time later. At that stage I either dismiss all the work done to date and create something from scratch, or I adapt the extant material. Very rarely will something come out intact.

I suppose that subliminally I am composing all the time, but I can never hear the music I’m writing. I remember saying this to my Professor in college, much to his irritation, as I’d just come first in harmony. International travel has many benefits, but the most unexpected one is that I have grown to love jet lag. It means I can get up very early and bash away to my heart’s content in my studio at the bottom of the garden. I find composition very difficult in the latter stages of a work. Even though it is very physically demanding and puts unexpected stress on the body, I wouldn’t swap places with anyone. It’s a great job.

To date your output is predominantly choral related, are you interested in writing purely instrumental orchestral works in the future?

I suppose if the opportunity arises in the future to focus more on orchestral output I would consider it, but I don’t think that my journey as a choral writer has really started yet. The voice has always been my obsession and I suspect it always will be.

Did you enjoy writing the incidental music for the Adrian Noble/Cusack family production of Chekov’s Three Sisters at Dublin’s Gate, and the Royal Court, London?

It was a great experience to work so early in my career in such a high-profile production. Working with Adrian Noble was particularly rewarding, and the brilliance of the Cusack family was hugely affecting for me.

I suppose in some ways such a condensed exposure to drama, and a later opportunity with Jim and Peter Sheridan at the Olympia, definitely influenced my own ideas about how to present Anúna onstage. I learned that less is usually best. Intimacy between performer and audience is the aim of great theatrical presentation and it is what I strive for when presenting my own music through the vehicle of Anúna.

Your music is influenced by a myriad of elements from the worlds of literature and music — how do you choose your texts?

I don’t choose texts really. They just happen. When I write them myself I usually have no idea where they come from. One of my most successful songs is a very odd piece called ‘Sunshine’, which deals with one simple idea. I find that I respond best as a composer to texts that are very clear in their ideas.

I avoid setting texts by some of my favourite poets simply because I don’t feel I have much to add to the already existing song that lies within their work. A good example of that would be ‘The Idea of Order at Key West’ by Wallace Stevens. When reading the poem, it sings to me in a voice that is not like my own. However, in contrast, when I read the work of Francis Ledwidge (I have set many of his poems), I feel that my own language becomes part of his. I am offering him a distant mouthpiece — a channel for his ideas.

I am also obsessed with medieval literature, particularly works in Irish and English. I feel that when I create a work using a text of great age, I am travelling back in time to the mind of the poet. I have a responsibility to them but also to the audience today. It’s almost like I am acting as an interpreter between two people who don’t speak the same language. This definitely colours the way I set such texts. 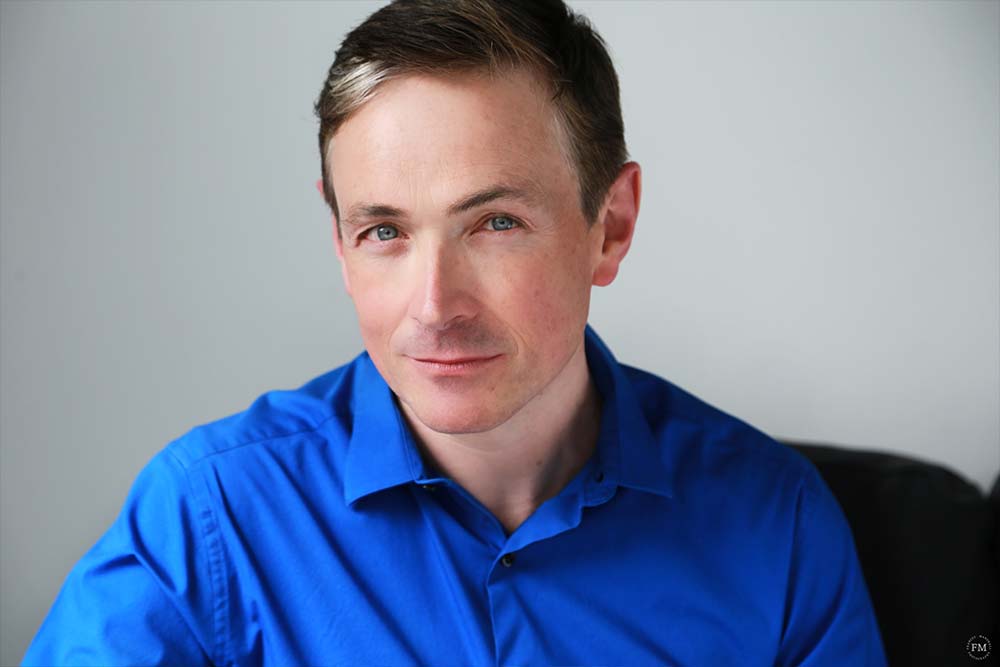 I believe that perfect inspiration comes from the combination of being open to the natural experience, and being exposed to text and ideas contained in great (and sometimes not-so-great) literature."

As a creative person, from where do you derive inspiration?

I am very active and love the outdoors, but I don’t feel that the natural world inspires me in a traditional and expected manner. Exposure to the natural world does make me very receptive. I believe that perfect inspiration comes from the combination of being open to the natural experience, and being exposed to text and ideas contained in great (and sometimes not-so-great) literature.

Having been the analytic source of two doctoral theses in America, have you any plans to write an autobiography or publish your pieces as a collection?

There is a huge interest in my work at an academic level in America and beyond, which I have found very flattering. I would say that my compositions are my autobiography in many respects. Each contains a part of me that is far more interesting than anything I could say about my life experiences. However, my life as a musician has never been dull, and maybe one day I might write down some of my experiences.

I’ve been approached many times about having my sheet music published, particularly in recent years. Due to my geographical isolation in the 1990s I had to create and develop an online digital music distribution system as a result of high demand. Now it is very streamlined, and this year www.michaelmcglynn.com went fully automated. It’s been hugely successful. However, if the offer was right, I’d be happy to consider a collection of works for physical publication. I have a long and happy relationship with my publisher Warner Chappell Music since 1993, and they kindly allow me to self-publish my own sheet music.

Tell us about your move into filmmaking and your creative process within this genre.

Well, that was forced on me somewhat! Making videos was hugely expensive in the 1990s, and Anúna had become somewhat oversaturated in Ireland by 1994, so by 2000, with the rise of MTV and YouTube, the urgency to create visual representations of my music grew and grew.

Thankfully technology had advanced considerably by the time I began to access it. I bought a digital camera and a Mac, along with Final Cut Pro in 2001, and by 2002 was having my videos broadcast all over the world. Now I use video making as an essential part of my creative output, but I never have enough time to explore it fully enough. 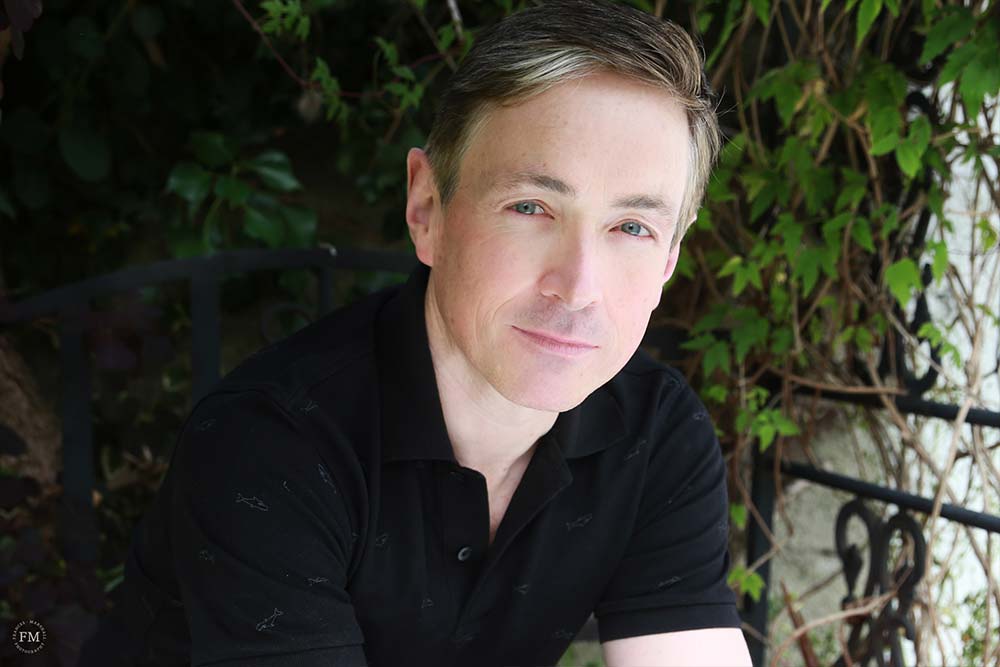 How important is music within your family home?

There is constant music from Abba to Björk, Purcell to David Sylvian, Monk to Eliane Elias, The Jam to Katy Perry…. We run on it! There are so many Bluetooth speakers brought home from Chinese and Japanese tours that our Wi-Fi is constantly dropping out.

When not music making, how do you like to relax?

I love the sea. It’s my obsession, and if I am not in it or filming it, I’m surfing or boating or talking about it. I also love reading classic literature and I’m currently revisiting Jane Austen (again) for tea and scones. One thing I don’t do is go to many concerts.