Canadian mezzo−soprano Mireille Lebel is steadily gathering admiration from the critical press for her début appearances with opera companies and orchestras throughout Europe and North America.

Last season she sang the title role in the Berlioz version of Gluck’s, Orphée et Eurydice, with Opera Atelier in Toronto, the role of Ljubica in Ana Sokolovic’s Svadba, with the Festival d’Aix-en-Provence, and the role of Angela in the world premiere of Hector Parra’s Wilde, directed by Calixto Bieito. Lebel also made her début with the Prague State Opera in the title role of Carmen. She has performed Handel’s Messiah with the McGill Chamber Orchestra, the New Jersey Symphony and L’orchestre symphonique de Trois-Rivières, as well as a Bach Cantatas project with Les Violons du Roy. Lebel’s vocal talents can be heard on the Boston Early Music Festival’s recordings of Actéon, Thésée, and Psyché. The Boston Early Music Festival’s recording of Charpentier’s La descente d’Orphée aux enfers, and La Couronne de fleurs, which features Lebel as a soloist, has been nominated for a Grammy award.

Final Note spent time with the charming young singer in the inspiring surrounds of Surgères, France.

Opera was something unknown to me until I was a teenager. I wanted to sing and act and was a musical theatre geek in high school..."

As a child, what were your impressions of the grand opera dames?

As a child I didn’t know anything about the grand dames of opera, but I always liked grand dames in general. Cruella Deville fascinated me, as well as Bette Davis in All About Eve, and Joan Crawford in Mildred Pierce. Opera was something unknown to me until I was a teenager. I wanted to sing and act and was a musical theatre geek in high school, but opera seemed so much more exotic and difficult, so I (naively) decided I should go in that direction.

Did you always want to be on stage?

Always! And it’s my plan to still be singing (character roles at that point though!) well into my 70s.

They were both excellent places to learn music. Jean MacPhail was my teacher in Toronto, and she is the grandest grand dame you’ll ever meet. Needless to say I loved her. My voice was still too immature to sing opera so I worked on new and early music during my time there. I waited a few years for the voice to grow, and went to do a Masters at the University of Montreal. Catherine Sévigny was my teacher (and the reason I chose to go there), and the school did full scale opera productions several times a year, with full orchestra, great directors who were well known on the Québecois theater and film scene, and a fantastic conductor, Jean François Rivest. That training was invaluable!

Having previously won the Jeunes Ambassadeurs Lyriques Competition, what are your thoughts on the value of vocal competitions?

I can only speak for that particular competition, but it was thanks to it that I was hired in the ensemble in Erfurt. So for me it was invaluable, and led to a crucial turning point.

What did your time as a member of the Atelier Lyrique de l’Opéra de Montréal teach you about your performing self?

Getting into that programme was a big honour. A lot of singers in Canada and many of my school mates wanted to sing there so I really felt like I hit the jackpot when I got in. At that point there was a whole floor in a building just for us, we had 4 pianos, our own desks, a small reference library, a coffee machine…I found this so thrilling! We would do coachings with our chef de chant, Claude Webster, and masterclasses during the day, and then in the evenings we either played small roles in Opéra de Montréal’s big productions or else we could watch rehearsals. I was always nervous to the point of nausea before rehearsals, but when I would start rehearsing in the space I would suddenly know what to do. I learned that my instincts and imagination would kick in brilliantly when I needed them. I wish I could write that learning that made me a calmer performer, but that’s not the case.

Why did you decide to leave Canada to develop your career?

I didn’t plot it out with great precision. I was offered the job in Erfurt following an audition I got through Jeunes Ambassadeurs Lyriques. Erfurt was a full time contract with benefits, and I couldn’t think of anything better than to wake up and go to the theatre every single day. I thought it would be a similar construction to the Atelier, but a hundred times more intense. I was dying to experience that! It turns out that Europe is the right place to be for me. There is so much opera going on here, the productions are often extremely audacious, and I’m in love with a German. I am glad to be based in Berlin, and I value very much my relationships with interesting companies on both sides of the pond. 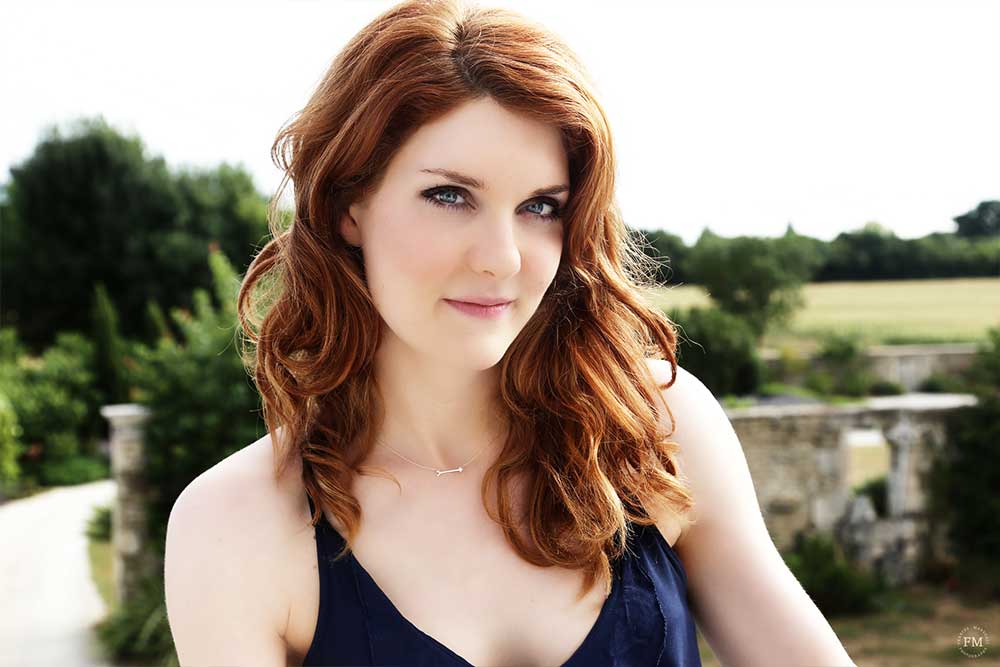 It changed my life. It was a challenge on a lot of levels. It was a major culture shock to move to the former East of Germany. I didn’t speak a word of German upon arriving."

Does your family get the chance to hear you perform often?

Yes. They love to travel and come regularly. I also organize a concert for family and friends when I’m visiting them in Vancouver. That is a lot of fun.

Tell us about your time in the Ensemble of Theater Erfurt.

It changed my life. It was a challenge on a lot of levels. It was a major culture shock to move to the former East of Germany. I didn’t speak a word of German upon arriving. Erfurt is a small charming city, and I had always lived in bustling metropolises. Singing opera was the only thing that felt familiar to me. Being in an ensemble made me realize once and for all that I was doing what I really wanted to do. I had a very good boss, Guy Montavon, who gave me many meaty roles. I realized I wanted to do this career until I was old and grey, and so I put a lot of pressure on myself to improve my voice technically. I found an incredible teacher, the Scottish soprano Marie McLaughlin. The theatre was a perfect place to put into practice what I was studying.

When approaching a new role, what is your interpretative process?

I get extremely excited when someone offers me a new role. I start learning the music, then after the initial euphoria wears off I decide that I most definitely can’t do it! I keep learning, even though I am pretty sure I will quit, then I get to the first week of rehearsal and (most of the time) get a flood of new ideas and insights, and it gets very exciting again. I don’t exactly know what a character is going to be until I am there with the other members of the cast and the director. The interpretation grows from the surroundings. Often a character will be loosely inspired by someone I know, a friend or an acquaintance, or I will imitate a look/gesture from someone I observe on the street. I love watching opera, theatre, and films and I learn so much from my colleagues. I just saw a film called Wild Tales, and I think the final scene with the bride is a masterclass in how to act. 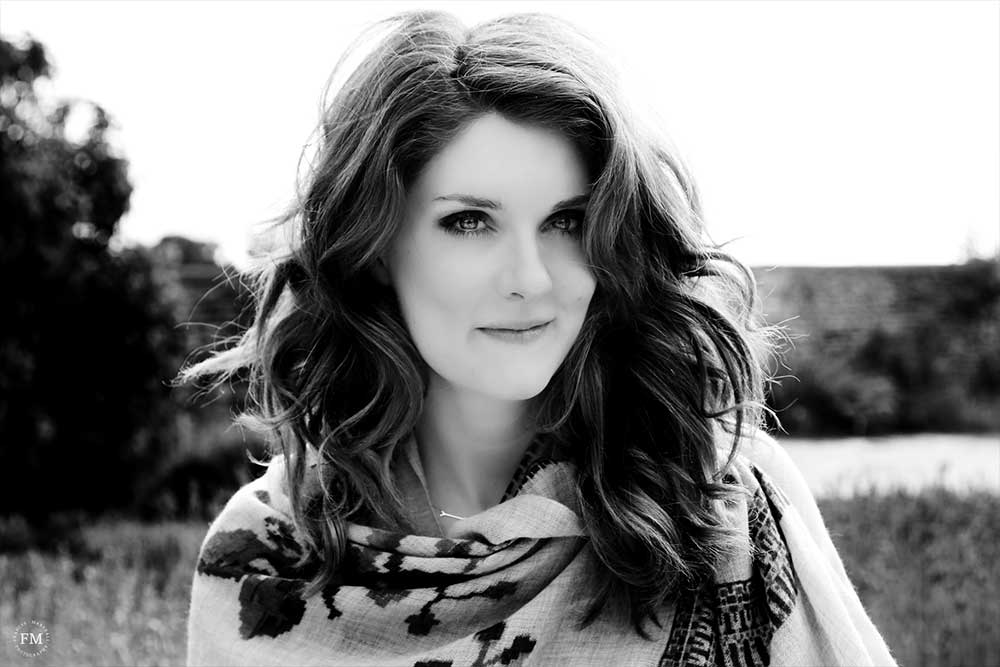 Are you drawn to any operatic roles in particular?

Yes!!! I am drawn to Sesto (in Clemenza not Cesare), Nerone, Orfeo, Erika, Charlotte…a lot of my favorite male characters find themselves manipulated by strong women, and a lot of my favorite female characters are a type of martyr. I love to play powerful bitches, and screwball comedy — the more pratfalls the better. The types of roles I never managed to pull off are the kind-hearted ingénues. I can’t get a handle on them!

You recently sang Ljubica in Ana Sokolovic’s Svadba with the Festival d’Aix-en-Provence — how was the experience?

We had a lot of freedom in that production to go in whatever direction the wind took us. That was a wonderful thing and the reason I love to sing new pieces — either premieres or pieces that have not been in the repertoire for very long. Svadba is an a capella opera for six female voices. The story is: we prepare our closest friend, who we have known since childhood, to leave home and be married. It is a universal theme — closing one chapter of your life and starting a new one — which I deeply relate to. In the final scene of the opera, all six of us are in a line downstage belting out a heart wrenching farewell. That was a very powerful moment for me, and I dare write, also for my colleagues, and the audience!

You are set to début with the Prague State Opera in the title role of the opera Carmen — what kind of Carmen are you?

The kind you would want at a dinner party, but wouldn’t leave in a room alone with your husband. Ha ha ha…kidding! I will know once I get to Prague, but I would like to portray a very human Carmen — someone you could relate to, someone you could see yourself in. 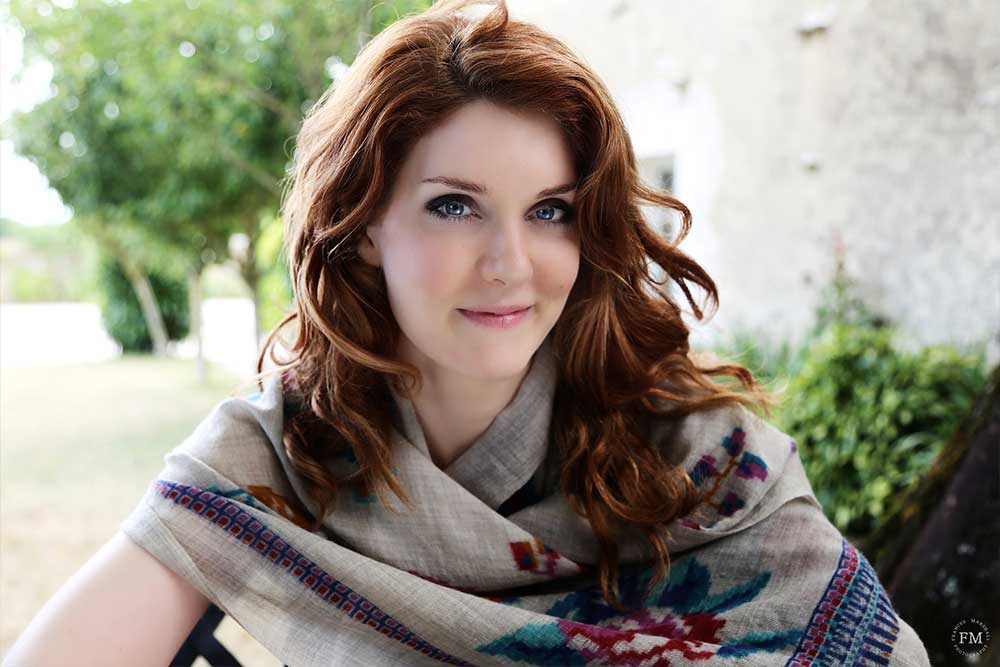 What do you enjoy most about oratorio singing?

The repertoire. There are no words to express how deeply I am moved by Mozart’s Requiem, Handel’s Messiah, Bach’s St Matthew Passion….

What does classical music mean to you?

It’s my religion. It makes me happy to be alive.

As an artist, what can you do to cultivate new interest in opera?

I can dedicate myself whole heartedly to what I do in the hopes that something I do sometime, somewhere, will manage to touch someone and inspire a curiosity…and perhaps eventually a love for opera and classical music.

What does the next season hold for you?

The Carmen in Prague kicks off the season, then I will head to Toronto for a programme of Handel and Vivaldi arias with Tafelmusik. Montreal follows with programme of Vivaldi works with Arion, Britten’s Phaedra, and Bach’s Christmas Oratorio with I Musici. I’ll sing the Messiah with the Kansas City Symphony and L’orchestre du Saguenay, and then I get to spend some time in Europe singing Orfeo with Theater Erfurt, and reprising Ljubica in Svadba in France. And I dearly hope there will be some surprises thrown in too!