Born and raised in St Petersburg, soprano Olga Peretyatko is one of classical music’s most sought-after opera stars. Having started her career as a singer in the children’s choir of the Mariinsky Theatre, the talented Russian went on to study singing at the world-renowned Hanns Eisler-Hochschule für Musik in Berlin.

Besides her flourishing opera career, Peretyatko performs regularly in recitals and concerts. She has an exclusive recording contract with Sony Classical. Her first solo CD, La Bellezza del Canto, with arias from Rossini, Verdi, Donizetti, Massenet and Puccini, was released in 2011, and followed by Arabesque in 2013. Perekyatko’s third album, Rossini!, debuted in 2015.

This June, the 36-year-old’s busy schedule includes a concert at Grafenegg Festival (Austria), a reprise of her signature role as Gilda in Deutsche Oper (Berlin)’s production of Verdi’s Rigoletto, a recital dedicated to the works of Donizetti, Bellini, Rossini, Verdi and Tchaikovsky in Germany, and a return to Marfa in Rimsky-Korsakov’s The Tsar’s Bride, under Valery Gergiev at the Mariinsky Theatre.

In our interview with the busy soprano, her love for her professions is apparent, as we chat about growing up in Russia, studying in Germany, the importance of Rossini, and balancing work with marriage.

St Petersburg has such a rich tradition of classical music — what was it like growing up in such an environment?

It was absolutely impossible NOT to become an artist in this amazing city, where everything breathes with history, wonderful architecture, ensembles, museums and theatres. When I was in the college of music, we spent every single evening listening to music somewhere, whether that was the Philharmonie, the Mariinsky and Mikhailovsky Theatres, or Capella [St Petersburg State Capella Concert Hall]. I know the Hermitage Theatre and all the Russian museums by heart, and could spend hours and hours there. Of course all this was a sort of preparation for my future artistic life.

...I sang there for several years as a second alto—the lowest voice for women."

Tell us about your time singing in the children’s choir of the Mariinsky Theatre.

At the time, I really wanted to participate in my favorite opera—Carmen. The Mariinsky theatre was making a new production and I went along to audition for the children’s choir. I was actually 15 and studying choir conducting. They took me in and I sang there for several years as a second alto—the lowest voice for women. I really think that I was “poisoned” with the theatre atmosphere. And there is no antidote!

Why did you decide to study at the Hanns Eisler-Hochschule für Musik in Berlin?

During my studies as a choir conductor at music college, we had solo singing lessons. The teachers there often told me that I had a wonderful clear and bright voice, but they thought that I should be a mezzo-soprano, as I had a huge range and low notes. I was happy with that at the time. In the choir I often sang small solos if needed. It was later that I found my first real voice teacher, who understood that I’m actually a soprano; she prepared me for the exams in Berlin.

Berlin happened by accident. In 2001 I visited there for the first time—it was my very first journey to the west country. I spent the whole August in Berlin and fell totally in love with this city full of freedom and possibilities. Then I decided to move there. 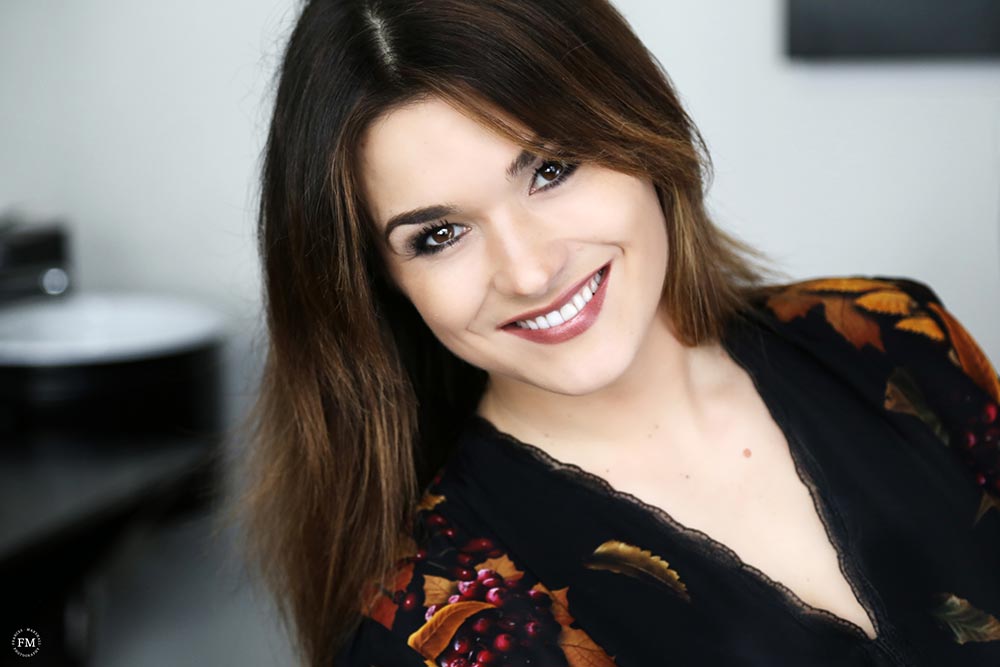 How did you find the move from Russia to Germany?

That was not easy at the beginning…without any support. But that’s why I had to be very enthusiastic and active in finding opportunities to earn some money and experience in every kind of student project. We organized a string quartet and played concerts in churches, hospitals and homes for the elderly. We earned 40 euros per concert and gained a lot of experience singing for difficult audiences. But as soon as I learned German, everything was easier. After 3 years at the conservatory I decided to come into the real theatrical machine—the Hamburg state Opera—as a member of the international Opera Studio. And then I made my professional solo debut.

When preparing for a new operatic role, how do you get into the psychology of the character?

I try to learn as much as possible about the era in which the story was written. It’s important for me to read the original…read everything possible about the character and social situation, because I do believe that this will transfer to the stage. You can clearly see the difference between a singer who has something to say and is well prepared, or one who is just learning his/her line with a vocal coach without really knowing what’s happening and why.

You started off as a mezzo and extended your range to soprano — how do you look after your voice to ensure that you maintain such a large range?

Carefully, with daily exercises. I have a few people in whom I trust, who know my voice, because it’s very important to have somebody who controls your artistic evolution.

Having performed in many of the world’s leading opera theatres and concerts hall, what has been your favourite place to sing so far?

Oh that’s really impossible to answer because I love them all!

What do you love most about your profession?

In the time of a performance’s run, the possibility to sleep longer!!! I love my lifestyle. I still love to travel, to experience so many new cities, and to meet a lot of new amazing people. Of course you have to deal with responsibility, pressure and stress that follows you when you are famous, but all this stress is justified. 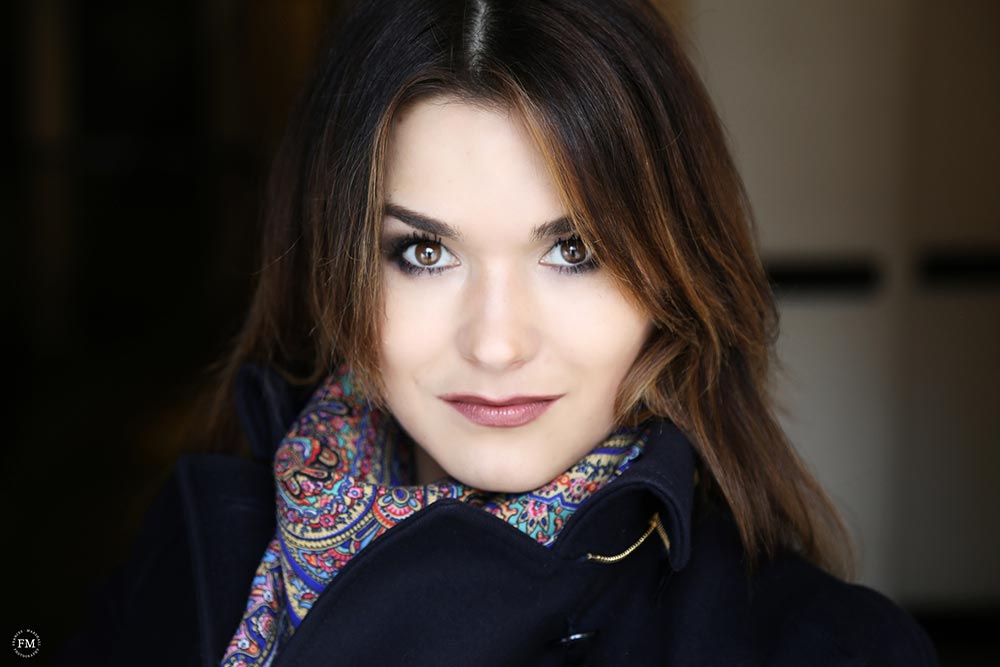 ...my career began with Rossini in 2006, when I first appeared at the Rossini Opera Festival."

You dedicated your third album (2015) to the arias of Rossini — why did you select this particular repertoire?

Because my career began with Rossini in 2006, when I first appeared at the Rossini Opera Festival. Then came Maestro Zedda, who was a kind of a Godfather figure in my career. He was the first person who believed in me, and who entrusted me with the role of Desdemona at the festival in 2007. My career started from there.

Later in 2010 I met my future husband at the same festival, so I can say, that Rossini gave me a lot!

Do you have any future plans to record an entire album of Russian music?

You and your husband Michele both have very busy performing careers — how to you strike a balance between work life and private life?

It’s not easy, but we see each other quite often. We don’t work together much, but if I have a couple of days free, I get a ticket and go to him. He does the same…we understand each other very well. We know what we need and of course FaceTime helps a lot. We have the same vector in life.

How will you be spending the summer months?

We usually work. When you ask normal people where they go for their vacation, they will name the cities where we normally work. So for us vacation is to go home.

To find out more about Olga Peretyatko and forthcoming concert dates see: www.olgaperetyatko.com