Driven by the highly respected dynamic pairing of co-founders Bruno Price and Ziv Arazi, both experienced dealers and former professional musicians, Rare Violins of New York has become a leading purveyor of excellence within the world of fine instruments since 2002.

Set within the historic walls of Manhattan’s The Beaufort — a landmark building erected in 1907-08 to provide living and working facilities for artists — the company enjoys fruitful relationships with Classical Music’s most accomplished artists, collectors and foundations. Messrs. Price and Arazi kindly invited Final Note behind the scenes to chat about the fascinating field of instrument dealership and restoration.

It was my mother who sat me on her lap, placed her hands on top of mine on the keyboard, and pressed my fingers into the keys, thus teaching me to play my first piece."

Tell us about your musical backgrounds.

Bruno: I attended Wells Cathedral School — a private music school in England. I went on to study at the Royal Northern College of Music in Manchester and received my performance diploma. I came to the United States in 1984 and studied with Marc Johnson from the Vermeer Quartet at Northern Illinois University. I received my Masters in Performance and performed as an orchestral musician.

Ziv: I studied violin in Israel until the age of 19, when I received a scholarship to The Juilliard School. I studied with Dorothy DeLay, Hyo Kang, and Masao Kawasaki, earning my Bachelor’s and Master’s degrees in Violin Performance.

Why did you both decide to pursue careers in instrument dealership rather than in performance — do you both still play?

Bruno: My father collected instruments. As a child, there were violins all over the house. Eventually, the instrument business provided me with an opportunity to stay in the United States. I started my career working at Bein & Fushi in Chicago, and then, very quickly, the business became really fascinating. The curiosity to know more and learn more helped me to stay in the instrument world. Now I just play for enjoyment — mostly chamber music with friends.

Ziv: I had been playing for 20 years so I was ready to start something new. I play very rarely and when I do, it’s usually chamber music. My one musical fan is my 2-year-old daughter, who loves the sound of the violin.

How did the impetus to form Rare Violins of New York come about?

Bruno: I always wanted to have my own business, and two years before my son went off to college, I realized it would be my last chance before being financially strapped. So I took the plunge.

Can you both remember the first time you came face to face with a Stradivarius?

Bruno: I was in high school. However, I didn’t have a chance to play it…my teacher played it during our sessions together. I played on my first Strad. when I started working at Bein & Fushi.

Ziv: When I was 17, and on my first trip to the United States, I visited a violin shop and was given the chance to play a Strad. The time I had with the instrument felt both very short and very long. The experience left a huge impact on me. It was like nothing I had ever played before. 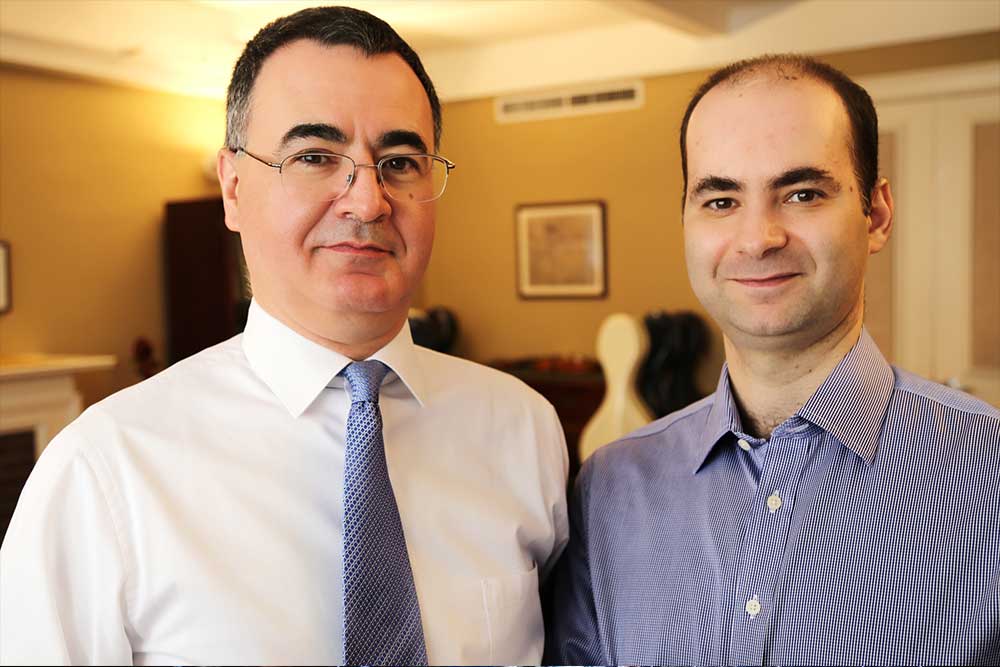 Do you believe that your performance background in Classical Music informs your respective positions at Rare Violins NY?

Bruno: It definitely does. We can appreciate the work that’s involved in being a musician and the level of playing that’s required today. Ensuring that musicians have appropriate instruments can make their demanding lives easier.

Ziv: We have both an inside and outside perspective. We see how many factors go into having a successful career as a musician. It’s almost impossible to quantify what it actually takes to succeed as a musician.

What advice would you give to violinists and cellists who are ready to make such an important purchase?

Don’t be afraid to ask questions. Don’t give your trust blindly and learn as much as you can before purchasing. Consider that the real value of an instrument is often not based on sound.

How do you set about meeting the needs of your clients?

There’s often a discrepancy between what clients think they need, what they really need, and what they can afford. When these categories don’t align, there is difficulty in the short-term. We have the outside perspective and expertise to help our customers find what’s best in the long-term. 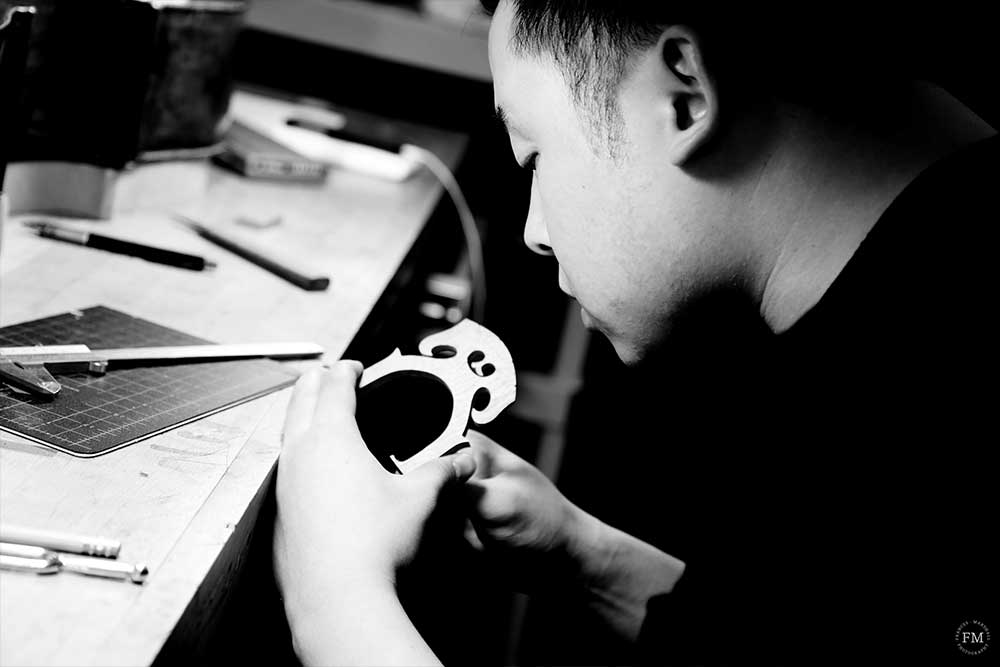 I've got something more valuable—a direct connection with thousands of people who deeply care about what I'm doing."

Tell us about the restoration work of Michael and Tatsuo and the ethos behind your internationally acclaimed workshop.

The fundamental principle of the workshop is based on conservation, and the skill of our workshop lies in balancing what the musician thinks they need, and what the instrument actually needs. Neither Mike nor Tatsu have the ego to prove how good they are, and their judgement of what not to do is as important as their judgement of what to do. With all of our customers, we aim to instill a deeper knowledge of the instrument, as we believe it’s necessary for musicians to understand and appreciate the instruments that they have. At present, Tatsu is about to start work on the 1734 Ames Strad.

How do you go about sourcing and authenticating new acquisitions to your store?

Most of our consignments come to us because of a prior relationship we have with the customer, or because they were referred by someone who we’ve worked with before and trust. We never accept an instrument that we are not happy with. If an instrument is interesting to us, we show it to a colleague for a second opinion. Most of our customers are not out to cheat us. Sometimes they may withhold information, hoping that we come to a different conclusion than the reality of the situation. But in time, truth tends to prevail.

What is the most expensive instrument sold by Rare Violins NY to date?

We are not at liberty to share specifics, but we have sold several violins over $10 million.

How amazing is it to play some of the world’s most famous and finely crafted instruments?

The great instruments have an extra level to their voice — a personal voice. Perhaps this special voice can be attributed to the fine players who have played these instruments over the years…or perhaps these fine instruments are what formed the legendary musicians of the past. It’s always great to meet another great instrument. Each one is so unique; no two are alike. Like people, instruments have their strengths and weaknesses, and none are perfect, yet each instrument offers unique qualities. 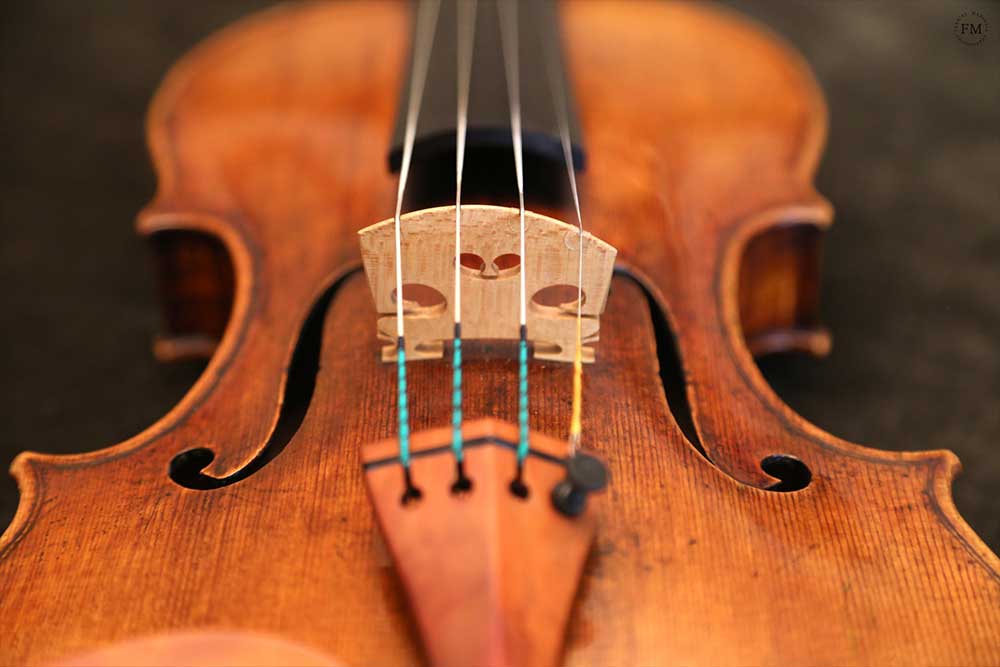 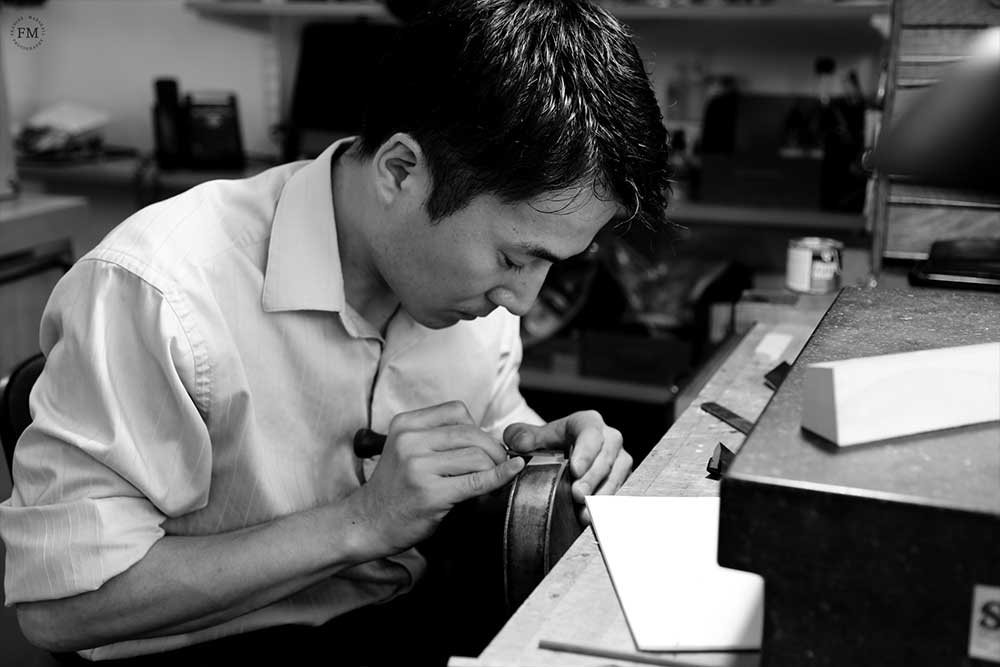 What does the everyday running of Rare Violins NY involve and what are the associated challenges?

The challenge of running our business is balancing our time; working with daily customers who are looking for instruments or wanting advice for repairs and adjustments; studying instruments; and writing appraisals, while carving out time to create the more interesting projects and sales opportunities.

There is a wealth of knowledge that’s evolving. Customers are becoming increasingly better educated and more informed. This helps to regulate the industry. The top end of the market continues to be driven by collectors. For players, it’s becoming more and more difficult to afford what they are seeking.

Who would you consider the leading luthiers of today?

There are many great makers today and we will continue to support promising modern makers. As evidence of that, we both own contemporary instruments. We are fortunate to live in a time where there are many talented contemporary makers. The level is higher now than it’s been in the last 100 years. This inspires other makers to work better.

What lies ahead for Rare Violins NY?

At present, we are fortunate to have the Ames Totenberg Stradivari in our workshop — an instrument recently recovered after 35 years of being missing. It’s a magnificent violin in remarkably good condition. Our work will involve undoing some of the DIY work the thief had done over the years. There will be further publicity for those curious to continue following the story.