“I will go Where the Voice Goes”: Tara Erraught

A former graduate of the Royal Irish Academy of Music, the international career of mezzo-soprano Tara Erraught has gone from strength to strength since her debut at the Bayerische Staatsoper in 2011. She has gone on to perform with leading opera companies such as the Hamburg Staatsoper, Wiener Staatsoper and the Washington National Opera. The Dundalk-born singer has also appeared at Glyndebourne Festival Opera and the BBC Proms.

Final Note caught up with Erraught ahead of her appearance as Rosina in Wide Open Opera‘s production of Rossini’s Il barbiere di Siviglia at the Bord Gáis Energy Theatre (20–23 April).

Once I began technical work with Ronnie, she discovered that the core and bloom of my voice sat naturally in the middle, which led us to explore the mezzo repertoire."

What brought you to the Royal Irish Academy of Music?

After Ronnie [Dr Veronica Dunne] approached me at the Feis Ceoil in 2004, I applied to study with her at the RIAM. I also knew that the wonderful Irish Soprano Suzanne Murphy was the teacher of the RIAM’s opera class, and I was determined to soak up as much knowledge as possible from these two women. From an early stage I understood the value of knowing how the industry works in establishing a solid foundation for those first solo steps onto the professional platform.

When did you find your mezzo voice?

In my early years of singing, with the wonderful Geraldine McGee in Dundalk, I sang soprano from the age of 10 until my first few months with Ronnie, aged 17. At that early age it was really the right thing for me to sing soprano and explore the repertoire—everything from folk songs to Madama Butterfly. Through my exposure to such diverse music, my interest and passion for classical music blossomed. Once I began technical work with Ronnie, she discovered that the core and bloom of my voice sat naturally in the middle, which led us to explore the mezzo repertoire. However, I continue to train both the top and bottom of my instrument on a daily basis, and Ronnie always said: “we go with the voice…where it grows, we go…keep it all awake“.

Aside from the technical and academic side of your schooling at the RIAM, what was the most useful piece of advice given to you by Dr Veronica Dunne?

There is potential to write an entire book from the advice Ronnie gave me! To give one piece is very difficult, as so very much of what she said was so important. However, she taught me to be self-reliant, and I feel that was vital! When you are alone, on tour, or working in a new opera company, it feels reassuring to know that you have your “technical tool box” (another Ronnie quote!) to rely on, to keep the voice in good health and production. You are self-reliant. Don’t misunderstand me…it is still terribly important to have your teacher and coach hear you at certain points during the season, but to know that you are able to sustain yourself in-between times is very important.

As a seasoned prize-winning mezzo-soprano, what elements do you take into consideration when choosing repertoire for auditions and competitions?

I feel as Irish people, we have such wonderful audition training, in the form of Feisinna! I did my first Feis Ceoil in 1996, when the Feis was celebrating its 100th year. I feel that I learned so much about poise, nerves, appropriate shoes (this is more important than you think!), and of course, most importantly, repertoire! It is so important in an audition situation to keep yourself calm; you can only do your best…and if you can, enjoy yourself! I find it so exciting when you get to do a stage audition! Singing for the first time on the stages of the world’s greatest houses, is in itself a dream come true!

What is your advice for remaining calm in such a situation?

Your first Aria must be something you know in your sleep, backwards and upside down! As is often the case, you only pick the first Aria yourself, so put your best foot forward, relax into the feeling of the acoustic, and enjoy it. You know what you are doing! At the beginning it is hard to know what repertoire is right for you, so trust your teacher!

How did the opportunity to join the Bayerische Staatsoper arise?

In 2008 I was singing in the Hans Gabor Belvedere International Singing Competition in Vienna, and I was approached by the Bayerische Staatsoper and invited to travel to Munich to do an audition, which I did. They offered me the position in the opera studio—it was 28 July, with a starting date of 15 September. At this point, I was in my third year at the RIAM, so I called Ronnie, who gave me her blessing, and together with John O’Connor (the then director of the RIAM) we organized that I could go to Munich and commute for my exams! That was almost 8 years ago now! 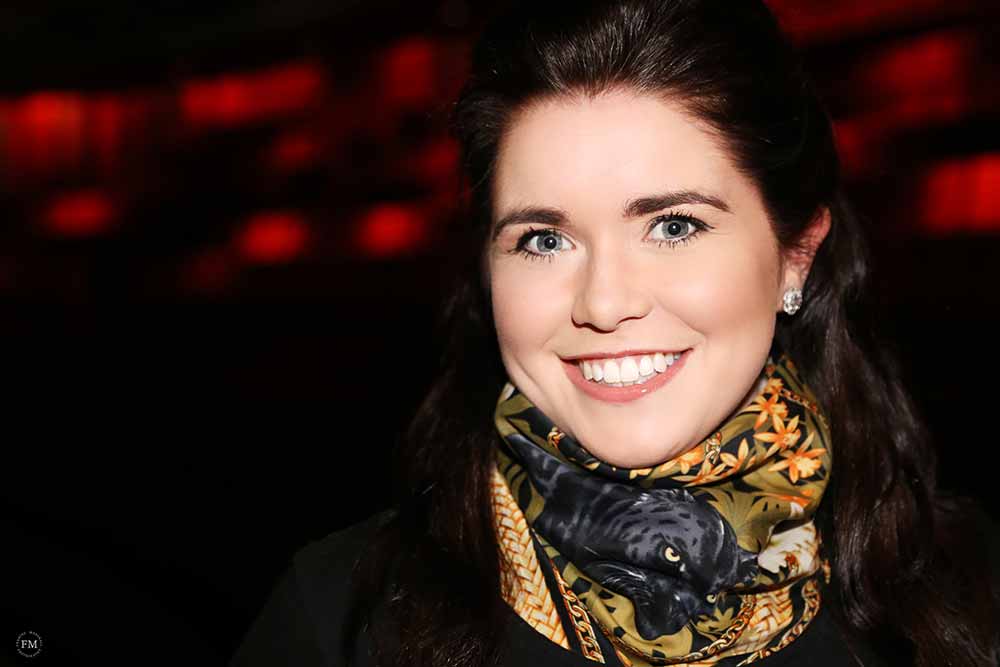 ...my sole responsibility is to the music and the audience...remembering that the audience is different every night."

In 2014 Octavian Gate catapulted your name throughout the operatic stratosphere for a variety of reasons — what have you taken from the experience?

Octavian is the most wonderful role, and I look forward to doing it again! I learned that with such a monumental role, not just vocally, but dramatically, you really have to allow downtime between shows. We are always told to allow sufficient vocal rest, but Octavian demanded such a variety of character acting that I found I was also emotionally drained! He went from being a love-sick teen with a broken heart to a besotted young man, to a boy playing a girl. By the time the trio came, he is emotionally exhausted! So the main lesson is that you must have sufficient rest between shows.

As a member of the performing arts, do you pay much attention to the words of the critical press?

I have been taught by Ronnie that you never read reviews during the run of a show. I have a wonderful management team, including my publicist, who look after all of these things. As a singer, you have a huge responsibility to the music and your audience, and you MUST devote your attention to that, and that alone. It is a privilege to be given this incredible music, and the opportunity to transport the audience into the story. Press reaction is a valid part of the industry. However, my sole responsibility is to the music and the audience…remembering that the audience is different every night. You are kept on your toes! At the end of the day, you rely on the opinions of your teacher, your coaching team and your management team, but, as you expect, you will usually always be your own hardest critic.

Take us through your process in the final hours leading up to a performance.

I always go to the opera house at least 2.5 hours before curtain up. I do a short 20-minute warm up, then hair/makeup usually takes up to 45 mins. If I am playing a boy, I will put my costume on usually 90 mins or so before the show starts, to get into the physicality of the character. I would continue warming up. Usually about 30 mins before curtain up, you check in with the conductor, the stage manager, and any colleagues you want to run something with. During the final hour you are already in ‘show mode’ and the phone is put away! The voice is warm, so you check corners of the score, do a last walk-through on set before the public come in, and you let the character take you over. Walk in their shoes! 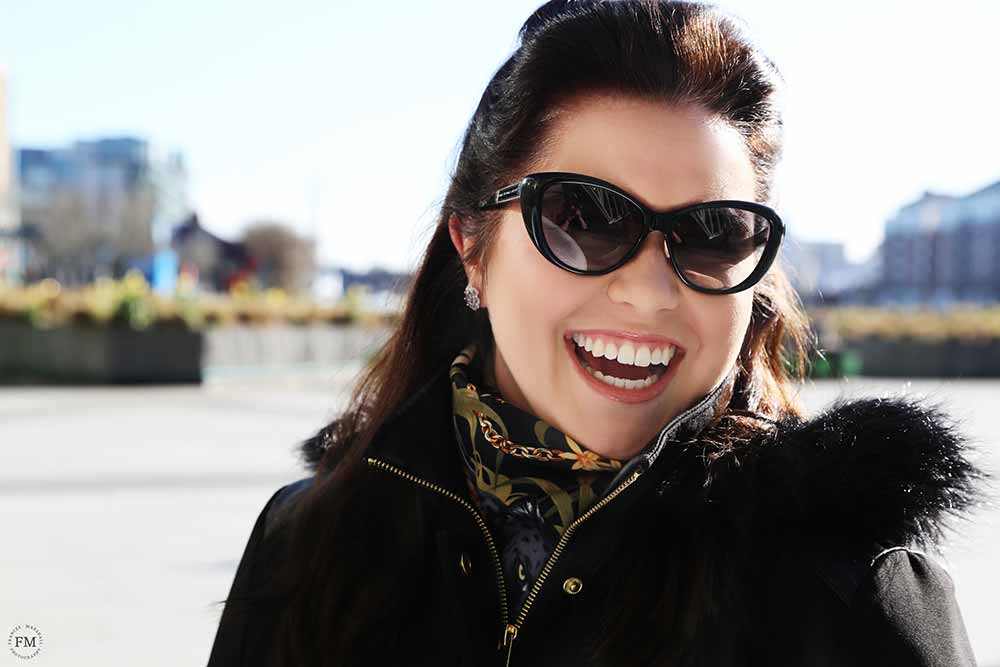 In terms of repertoire, where does your heart lie?

I will go where the voice goes! I feel so lucky as a high mezzo to be able to dip my toe into so many different roles! This current season, I have incredible mezzo roles including: Hansel (Hänsel und Gretel); Rosina (Il barbiere di Siviglia); my Salzburg debut as Siebelle (Gounod’s Faust); and I will make a role debut as Sussana (Le nozze di Figaro) in June. I really love Mozart and Rossini—honey for the voice. I am loving delving into Bellini and Donizetti…bel canto…it is a gift for the voice! And what AMAZING characters! But, I would be lying if I didn’t admit to my ever growing love for Strauss too! Through his songs, and now through his operas, I have fallen in love, not only with the music, but with his incredible use of the text! So, I am really enjoying my current repertoire, and with an open mind and voice, I will keep going!

In January you premiered a new mezzo role—Kathleen Scott in Miroslav Srnka’s South Pole — how did you put ‘your stamp’ on this new operatic character?

It is such an honour to create a role. My first new opera was Iain Bell’s A Harlot’s Progress, where I sang the role of Kitty. I worked alongside some amazing singers, and I learned so much about making the role personal—the cast includes Marie McLaughlin, Diana Damerau and Nathan Gun.

So when I received the score for South Pole, I had already done some research into Kathleen Scott, her husband, and their incredible life story. Before I touched the score, I listened to some other works by Miroslav, and tried to get an idea of his own musical character. I felt it very important to study the score very slowly, finding an emotional reason for each note. When you have been sent a piano reduction, you have no idea what is happening in the orchestral score. It is something you have to leave open, not just emotionally, for the character, but vocally! Until you know who is playing and how heavy the orchestral colouring may or may not be, you can’t allow muscle memory to take over.

During the first weeks of rehearsals we spent a lot of timing getting to know each other, both with my onstage husband (Rolando Villazón) and the director (Hans Neunfelds). I sang nothing else during the 6 weeks of rehearsals and immersed myself in the music and the character. The recording of our performance through live-streaming and the DVD production makes me feel that the role has been “made”. 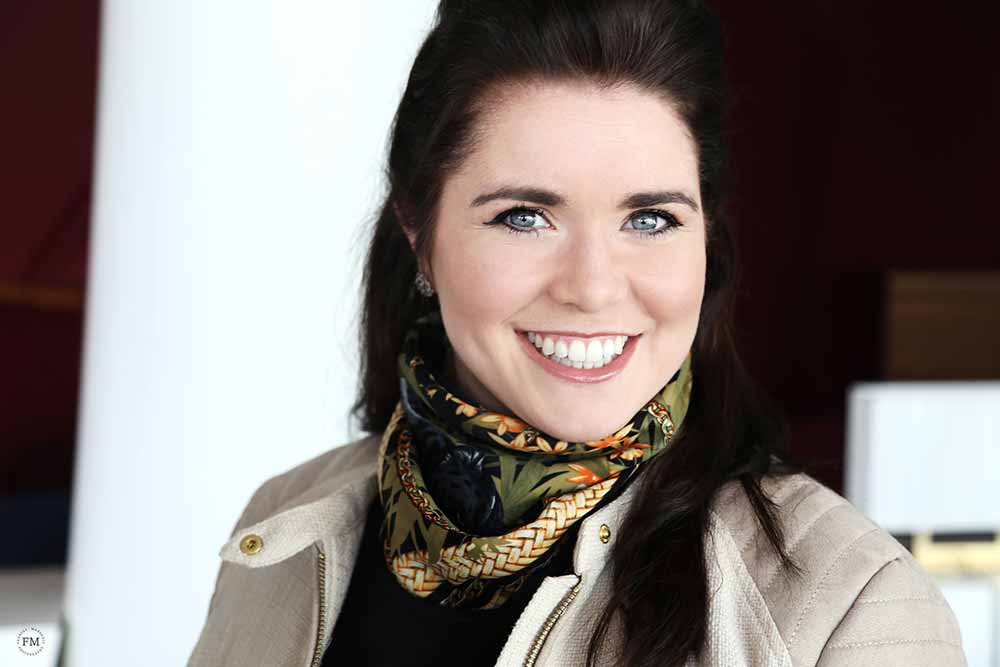 This April you are appearing in Rossini’s Il barbiere di Siviglia with Wide Open Opera at the Bord Gáis Energy Theatre — what kind of Rosina are you?

The wonderful thing about opera is that with each different production the characters change. As a singer, your responsibility is to have the music sung in and memorized before rehearsals begin. However, it is only at the first rehearsal when you hear the director’s concept for his/her production. You then spend the rehearsal period developing the character within the new production concept. This means that it never gets boring when you revive a role. This will be my 25th Rosina, and she has changed with each production, and each new audience!

On the rare nights when you are off duty, what are your top binge-worthy Netflix pleasures?

I have a few: The West Wing; The Good Wife; Suits; and Private Practice.

Travelling is a fundamental part of your profession — what are your carry-on ‘must-haves’?

How is the end of the Season looking for you?

In April I will sing in Wigmore Hall as part of the 1916 commemorations. This will be followed by 2 concerts at the Kennedy Center and Washington, DC, as part of the ‘Ireland 100 years’ celebrations. June brings my role debut as Susanna, in Mozart’s Le nozze di Figaro, and then I will end the season with my debut at the Salzburg Festival as Siebel in Gounod’s Faust.