Internationally respected as a pianist of ubiquitous artistry and virtuosity, Tom Poster is constantly in demand as a soloist and chamber musician across an expansive range of repertoire.

Since his London concerto début at the age of 13, Poster has performed the great concertos of the masters such as, Beethoven, Grieg, Chopin, Brahms, Schumann, and Rachmaninoff across the world. He is a former student of Professor Joan Havill at the Guildhall School of Music and Drama, where he held a Postgraduate Fellowship, and at King’s College, Cambridge, where he gained a Double First in Music. To date Poster’s awards portfolio includes the BBC Young Musician Competition (2000), first prize at the Scottish International Piano Competition (2007), and the Ensemble Prize at the Honens International Piano Competition (2009). A frequent presence at the BBC Proms, Poster enjoys a varied musical career as a performer, presenter and teacher.

He has recorded three discs for Chandos with Jennifer Pike, including Chausson’s Concert for Violin, Piano and String Quartet with the Doric Quartet; two discs for Sonimage with the Aronowitz Ensemble; works by Thomas Ades for EMI; piano transcriptions for Decca Classics; and a critically-acclaimed début solo CD, In Dance and Song, for Champs Hill Records in 2014. Tom also features as piano soloist on the soundtrack to the Oscar-winning film, The Theory of Everything. His latest solo CD, Light and Shadows, includes works by Beethoven, Schumann and Chopin, on the Edition Classics label.

Poster met with Final Note at the Beaminster music festival in Dorset, England.

I always had a conviction inside that I had such a deep love for music that I'd somehow find a space in the music world."

Tell us about your Postgraduate Fellowship at the Guildhall School of Music and Drama.

It was principally an opportunity to continue to study with my teacher of many years, Joan Havill, after I’d completed my Masters, while allowing me the flexibility to maintain a busy concert schedule at the same time.

What did you enjoy most about your musical studies at King’s College, Cambridge?

Meeting wonderful friends; being in beautiful surroundings; playing huge numbers of concerts, some more polished than others, but all approached with a sense of exuberance and idealism.

Having earned many awards to date, how did winning the BBC Young Musician of the Year piano section (2000), and the Scottish International Piano Competition (2007) affect you?

Both of these competitions opened the door to many performance opportunities, for which I remain hugely grateful. And to be in the final of the BBC competition — playing Rachmaninoff with the BBC Philharmonic at the age of 19, under the starry ceiling of the Bridgewater Hall — was a particularly thrilling moment, as I’d never experienced anything remotely on that scale before. I’m generally a bit suspicious of competitions though, and guess I largely entered them as an opportunity to challenge myself and be inspired by other musicians — indeed I met my great friend and longest-term duo partner, Guy Johnston, in the finals of BBC Young Musician. Winning the Scottish International Piano Competition also gave me a wonderful Blüthner grand piano (I’d only ever had a little Kawai upright before that) and more strangely has led to me frequently being billed as ‘Scottish pianist Tom Poster’, even though — with a Chinese mother and a father descended from Polish Jews — I’m not remotely Scottish.

In the vastly competitive sphere of piano playing, how difficult is it to make a viable career from performing alone?

I try not to think too much about the competitive nature of the profession. There have been plenty of challenges along the way, of course, but I always had a conviction inside that I had such a deep love for music that I’d somehow find a space in the music world. There are, however, plenty of wonderful musicians around who don’t always have the opportunities they deserve, and I do feel very fortunate and blessed to be able to spend my life performing.

Your duo collaborations with Guy Johnston and Alison Balsom have garnered much success — what makes these partnerships work so well?

I’ve probably played more concerts with Guy than with anyone else. From the moment we starting playing together fifteen years ago, I felt I’d found a musical kindred spirit. I used to play the cello quite a lot, and I’ve always thought that Guy plays the cello in exactly the way that I wish I’d been able to! We’re currently planning a CD recording together, something we’ve been meaning to do for at least 10 years.

I’ve known Alison for many years too, and many of my most enjoyable and memorable concert experiences have been with her. She’s one of the most electrifying musicians to be on stage with. Because the trumpet and piano repertoire is relatively small, she’s brilliant at finding creative ways to expand it. Alison commissioned me to write a piece about unusual sea creatures a few years back, and more recently we’ve jointly composed a piece, The Thoughts of Dr May, which we’ll soon be recording.

Tell us about the Aronowitz Ensemble.

It was the brainchild of one of my greatest friends, the violinist Magnus Johnston, and we’ve just celebrated our tenth anniversary as an ensemble. There are seven of us in all (string sextet and piano), and our core repertoire is the larger-scale chamber works: primarily quartets, quintets and sextets. In our early years we had an incredibly busy schedule and recorded extensively as BBC New Generation Artists. Now we’re in our thirties, we live in four different countries, and three of our members have kids, so logistically things are harder, but we will always find a way to make time for the ensemble. When we do manage to meet up now, it seems like an even more special event. 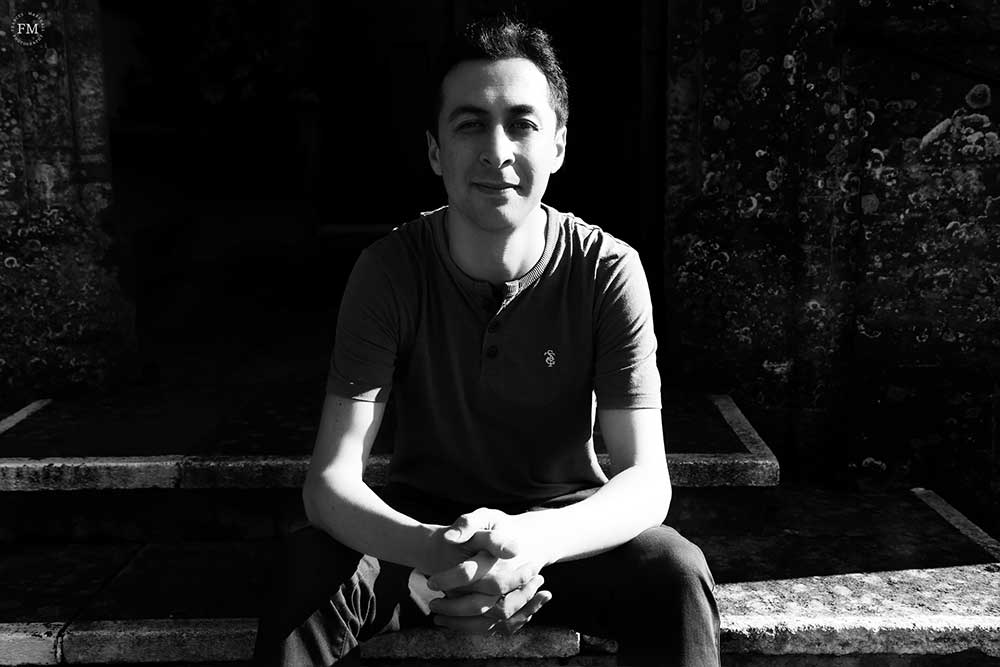 As a child, I wanted to be a composer, and I played lots of instruments, so I already feel that focusing on the piano has been more of a specialism than I’d originally intended."

Is musical variety an important part of your philosophy of life?

Yes, I’ve always thrived on exploring a great variety and balance of repertoire. As a child, I wanted to be a composer, and I played lots of instruments, so I already feel that focusing on the piano has been more of a specialism than I’d originally intended. So within the piano repertoire, I’ve always loved combining solo repertoire, chamber music, concertos, songs — and exploring as broad a range of works as I feel I can do justice to. Alongside the core classical repertoire, I have a lifelong love of the songs of Gershwin, Cole Porter and Jerome Kern, and often play my own transcriptions of these songs in concert. And in fact, my parents didn’t really know any classical music till I came along, so I was brought up on Motown, Bob Marley, Joni Mitchell, Queen and others — all of which I love, though they feature less often in my recital programmes.

As a composer, what is your creative process?

Because composing’s a fairly occasional thing for me these days, I find blank sheets of manuscript paper a bit daunting. What I love writing most is vocal music, where there’s already a text to provide inspiration. I’m obsessed with melodies, and lyricism, and I’m always desperately trying to think of beautiful tunes which no-one’s come up with before. It can be a difficult task, and a slow one, which I think is why I ended up realising performing generally suited me better.

Are you working on anything at the moment, composition wise?

I’m just finishing a chamber opera for puppets, The Depraved Appetite of Tarrare the Freak, which was commissioned by Wattle and Daub Figure Theatre (of which my brother, Tobi, is co-director). It’s quite a dark and haunting piece (I like to think it’s slightly Sondheim-esque), and I’m not quite sure if it’s best described as an opera or a musical, but I’m hugely excited to see it all come together. Tobi and I have written songs together since childhood, so to create a full-evening show is a long-awaited dream. It premieres in Bristol in September, there are two performances at Suspense Festival in London in November, and next year it will tour the UK. 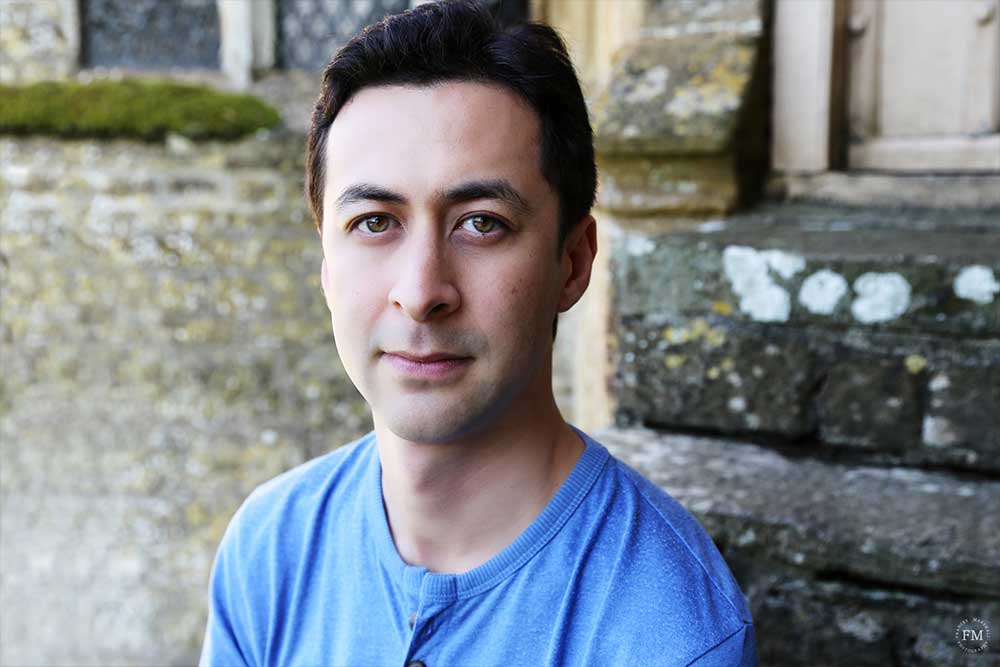 How did you become involved on the soundtrack to the recent Oscar-winning film, The Theory of Everything?

As usual with film sessions, I had no idea what the project would be until I turned up at the studio. I was very happy to find that it was such a soloistic and featured piano part within a beautiful score, and I’m thrilled to have been involved, especially having previously had the honour of meeting (and performing to) Stephen Hawking.

Now in your 34th year, are you where you expected to be, professionally speaking?

Throughout my student years, I was terribly naïve about the whole ‘career’ side of things, perhaps partly due to the fact that, rather than follow the music school/music college route, I went to my local state school and completed my first degree at university. But I just always loved music — it absolutely never occurred to me to do anything else, and I knew from the age of four that it would be my life. I’ve never really set myself too many specific long-term goals, but prefer to see where the journey takes me.

As a slight deviation from all things music-related, what draws you to the animal world of dugongs, and tapirs?

Firstly, their magnificent noses. But I think I always had a special fondness for the more unusual, less obviously photogenic members of the animal kingdom.

An obsessive and overwhelming love of music…perhaps Mozart most of all!

How will you be spending the summer months?

Mostly at various festivals, at which I’m giving a mixture of solo recitals, chamber music concerts, and concerto performances. I don’t have all that much space for a holiday this year, so I’m trying to look ahead a bit and concoct some exciting travel adventures for next season.

For more information on Tom Poster and his future concert schedule see: www.tomposter.co.uk