In Conversation with Steven Isserlis

Music resembles poetry — in each
Are nameless graces which no methods teach,
And which a master hand alone can reach…

Celebrated concert cellist Steven Isserlis is famous the world over for his distinctive sound, and fine interpretative sensitivity. His award-winning discography reflects a cultivated interest in the cello’s repertoire from the Baroque to the present. As a concerto soloist, Isserlis appears regularly with the world’s leading orchestras and conductors, including the Berlin Philharmonic, Budapest Festival, Philharmonia, Cleveland, Minnesota, and NHK Orchestras. Isserlis’s passion for authentic performance has led to collaborations with many of the foremost period instrument orchestras of the present day, including the Orchestra of the Age of Enlightenment with Sir Simon Rattle, the Philharmonia Baroque with Nicholas McGegan, and the Academy of Ancient Music under Richard Egarr. Since giving the world première of John Tavener’s The Protecting Veil at the BBC Proms in 1989, Isserlis has been invited to work with many composers on new commissions. In 2006 he gave the world première of Wolfgang Rihm’s Cello Concerto at the Salzburg Festival, and debuted Thomas Adès’s composition for cello and piano, Lieux retrouvés, with the composer at the Aldeburgh Festival in 2009. A recipient of various accolades, Isserlis was awarded a CBE in 1998, in recognition of his services to music, and in 2000 he received the Schumann Prize of the City of Zwickau.

Motivated by his passion for music and sincere interest in education, Isserlis has written two books for children about the lives of the great composers: Why Beethoven Threw the Stew (2001), and Why Handel Waggled his Wig(2006). He has recorded a CD for BIS with Stephen Hough entitled, Children’s Cello, and with composer Anne Dudley he has written three musical stories for children. Isserlis is frequently asked to give masterclasses all around the world, and for the past 13 years he has been Artistic Director of the International Musicians’ Seminar at Prussia Cove in Cornwall. This August sees the release of a new CD with harpsichordist Richard Egarr on the hyperion label entitled, Bach, Handel & Scarlatti: Gamba Sonatas, details of which are available at: www.hyperion-records.co.uk. Isserlis is also set to perform 2 concerts based around Bach at Wigmore Hall this October, and 2 further concerts featuring the 6 Bach Suites next February. For more information see: wigmore-hall.org.uk/whats-on/whats-on.

Isserlis spoke with Final Note in between rehearsals at the recent Beaminster Music Festival in Dorset.

I love the Marquis! It is indeed a noble aristocrat of a cello — a glorious instrument."

In what way did your grandfather, Julius Isserlis, influence your musical beginnings?

Well, I only remember him when he was very ill, alas — he died, after a long illness, when I was 9. But of course his indirect influence was huge — my father’s love for music must have come from his parents; and probably my father’s romance with my mother was fuelled by music too. And music was in the home for as long as I remember, with both my sisters studying from an early age (and of course both are now successful professional musicians).

How did the opportunity to study at the Oberlin Conservatory of Music in Ohio arise, and what was student-life like for you?

I was supposed to study with Piatigorsky in Los Angeles, but about a month before I was to go there, he died, sadly (what a wonderful man!). It so happened that my great friend, Steve Doane, was living with my family at the time, and studying with my teacher Jane Cowan; he offered to get me into Oberlin, to his former teacher, Richard Kapuscinski. Steve was brilliant at organising everything (which came as a bit of a surprise — organisation is not a quality one would normally associate with him!), and within a month or so I was at Oberlin. I loved it! I did two years towards a double degree in cello and Russian (alas, I’ve forgotten almost all of the latter now… hopefully not the former), and loved the atmosphere at the liberal mid-western college. Great place!

Did you find the path towards a professional career in music particularly challenging?

Yes!!! I hardly had any engagements until my late 20s. It was tough! I was lucky to have a supportive family, and supportive friends.

Tell us about your current ‘Marquis de Coberon’ Stradivarius — would you ever consider purchasing your own ‘Strad’?

I love the Marquis! It is indeed a noble aristocrat of a cello — a glorious instrument. And yes, if I were to win the lottery, I would consider purchasing a Strad.

When approaching new repertoire, what is your learning process?

I like to work a lot at the piano, getting to know the score — that’s essential for me. I have to know how the piece is put together; not a thorough musicological analysis, but at least a basic knowledge of the structure — the ‘story’, as it were. Then of course, I have to learn to play it on the cello, but that’s no more vital than the initial work on the score.

What do you love most about performing — are you ever bothered by nerves?

I love performing when it goes well, of course, with a good atmosphere; but yes, I can get terrified, especially when I’m playing from memory. 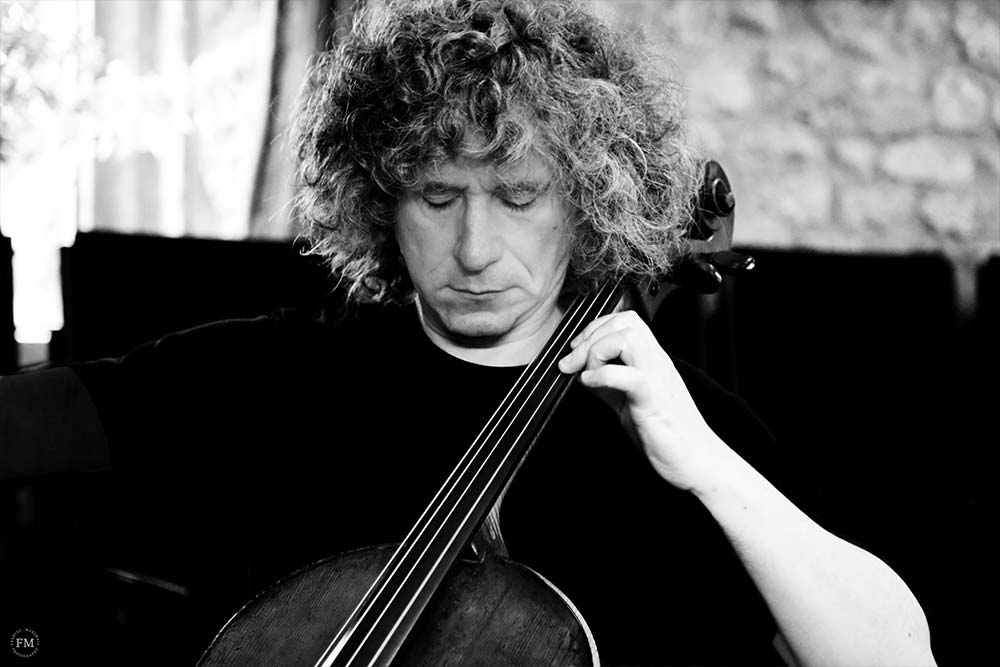 To introduce, or re-introduce, an unknown gem is a real thrill."

Your affinity with the music of Schumann has garnered critical acclaim — what moves you about his style?

I don’t know! I just love his music for its poetry, its vulnerability, its imagination, its extreme beauty, its whole-heartedness; and I love his character.

How important is it to you to expose lesser-known cello works?

If they are worth exposing, it’s very important, and very exciting! To introduce, or re-introduce, an unknown gem is a real thrill.

Your grandfather was fortunate to study theory with Sergey Taneyev at the Moscow Conservatory — have you played much of the Russian’s music, and would you ever consider recording some of his neglected quartets?

I don’t play string quartets — or hardly ever — so I’d leave the quartets to an established group. But I love the chamber music I’ve played: the quintets with piano and with two cellos, a string trio and the piano quartet — fascinating, complex, passionate music. Pity he didn’t write anything for cello and piano!

What do you love most about playing on original instruments, and what constitutes an ‘authentic’ performance?

I have no idea what constitutes an ‘authentic’ performance — every performance should be authentic! I don’t play classical or baroque cello myself; but I love to play with original instrument orchestras, as well as with fortepiano and with harpsichord. Since I usually use gut strings, it comes very naturally to my set-up. 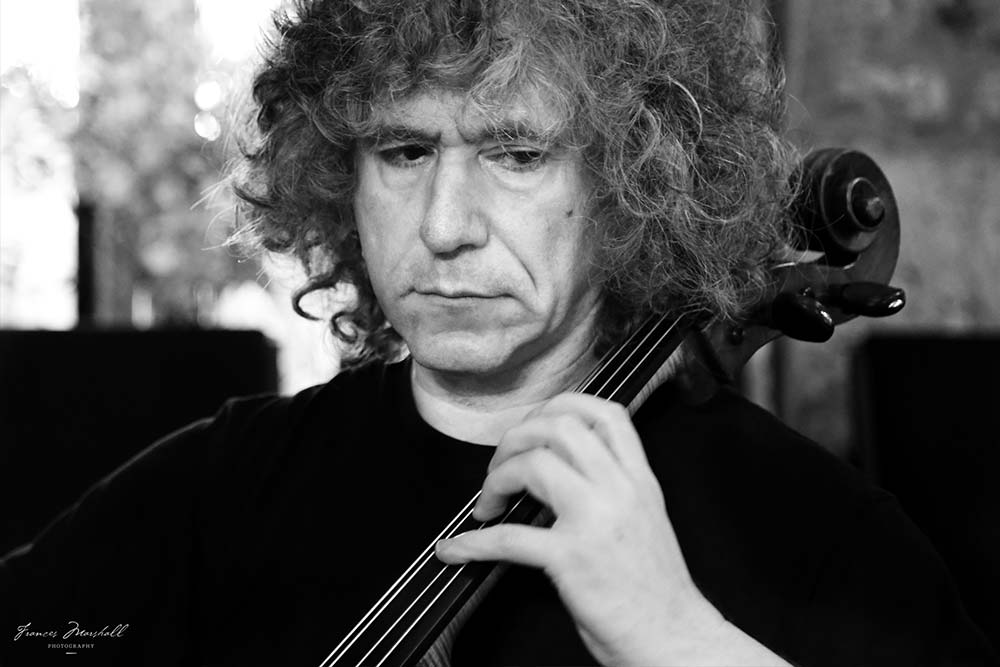 Can you remember the first time you played John Tavener’s now iconic The Protecting Veil, and how you felt?

I was amazed at the success! I was sure it would be a flop. That was exciting.

Why did you decide to write, Why Beethoven Threw the Stew, and Why Handel Waggled his Wig for children — do you have plans for any further works in this area?

I wrote Why Beethoven for my son Gabriel, since I wanted to tell him stories about the great composers — like the stories my teacher Jane Cowan had told me. Then that seemed to go down well, and Faber asked me for another one, which I eventually delivered in the shape of Why Handel. That felt like enough books — 12 composers, after all, 6 in each book — so then I wrote 3 musical stories for children, with music by Anne Dudley: ‘Little Red Violin’, ‘Goldiepegs and the 3 Cellos’ and ‘Cindercella’. Those were fun to do! They haven’t been played that much (although they’re published), but I hope that we’ll record them before long, and that might help. But again, 3 felt like enough. Now, if I ever find the time, I’d like to write a book for adults.

When embarking on an editing project (music), what elements do you take into consideration?

The sources! I haven’t done so much of it, but it’s quite torturous having to decide what were the composer’s ultimate wishes. I like to work with Jonathan Del Mar on his editions, and then leave the final decisions to him! 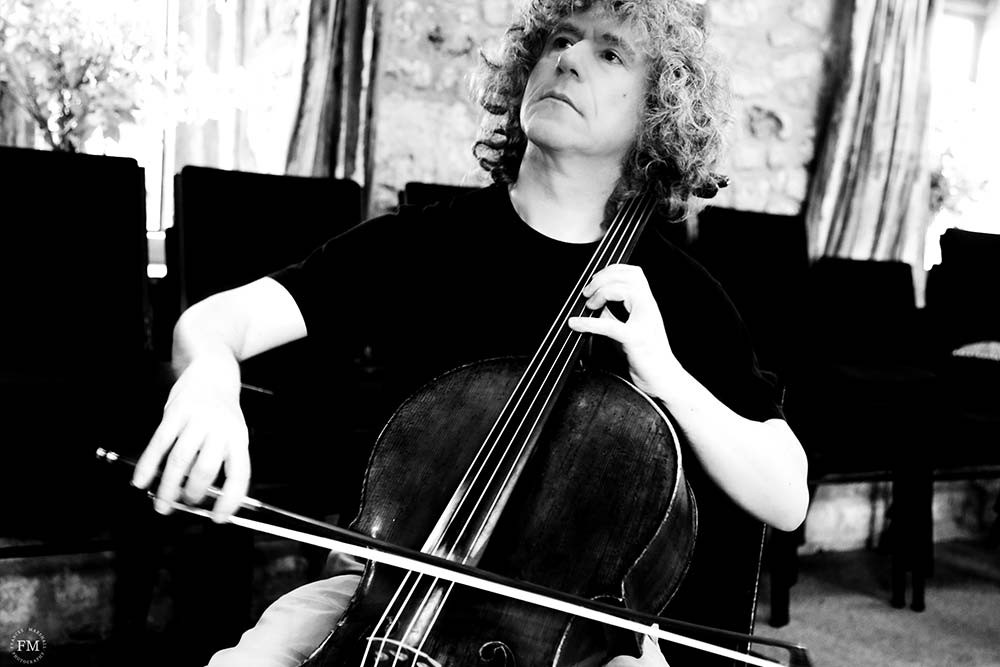 Tell us about your role as Artistic Director of the International Musicians Seminar (IMS) Prussia Cove, in West Cornwall.

That’s a very important part of my musical life! I first went there as a student in 1975, and got to know the founder, Sandor Vegh, who was a strong musical influence on me, as on so many others. I kept going there, then eventually started teaching, and finally became director. It is my favourite place in the world. It’s magical, and I get to know and work with some wonderfully talented young people there, in a very idealistic atmosphere.

As a ‘musical explorer’, what whets your aesthetic appetite?

Any music that moves me, really.

You made your debut directing from the cello in 2008 with the Irish Chamber Orchestra at the National Concert Hall in Dublin — do you have any desire to take to the podium as conductor?

Do you place much stock in awards and accolades as a performer?

What matters most to me is the opinion of people whose musical tastes I trust. That said, on the odd occasions that I win awards, I am quite pleased (ahem)…

What are you working on at the moment?

The Bach suites have been my obsession for the past six weeks or so. I played them for the first time in 9 years — Terrifying!! But so, so wonderful…. Now I’m off to the Maldives to play Bach on a sandbank (!), and then tour with the lovely Asian Youth Orchestra, playing Haydn and Shostakovich concertos. And so life goes on….