With two BBC Proms commissions under his belt along with writing for some of the great UK orchestras, composer Gavin Higgins has achieved an enormous amount at such a young age.

He has been recognised for having the natural ability to capture the ‘vivid’ attention of his audiences through his unique flair for orchestral composition. However his next big outing has Higgins composing an opera, a first for him, with renowned children’s author Francesca Simon as his librettist. The Monstrous Child which was commissioned by the Royal Opera House, will take place in the brand new Linbury Theatre. In the following interview we look at Higgins’ unconventional journey into classical music, his struggle with being diagnosed with Tourette Syndrome and OCD and how it formed the successful artist he is today.

My music always has something to do with humans, how we interact with each other, how we respond to each other, what traditions have brought us here – it’s never esoteric."

How did you get the reputation of being a visceral composer?

It’s probably to do with my childhood. I grew up in a brass band family playing the tenor horn, and brass playing is all about playing louder, faster, higher and pushing the sounds to the extreme, showing off technical flare and musicality.

Where do you look for inspiration?

I take inspiration from all sorts of things. My music always has something to do with humans, how we interact with each other, how we respond to each other, what traditions have brought us here – it’s never esoteric.

Your work is making people look at brass band music very differently. Is your aim to bring this sound into contemporary music?

I’m trying. The brass band was my life and these groups are steeped in tradition. What’s amazing is that I can walk into one of the most deprived areas in the UK and find one of the greatest brass bands in the world. The band was made up of the locals and my family were heavily involved, my grandad was the conductor.

The most incredible thing is that I don’t remember learning to play an instrument, it was just a thing everyone did and it wasn’t special. It was like being in the local football team and that normality took away the pressure. What people don’t realise is that it’s a fantastic way for kids to learn music, no matter what their financial background. It’s rare to find a professional classical musician from a working class family because it requires tuition at a young age and we could never have afforded it. 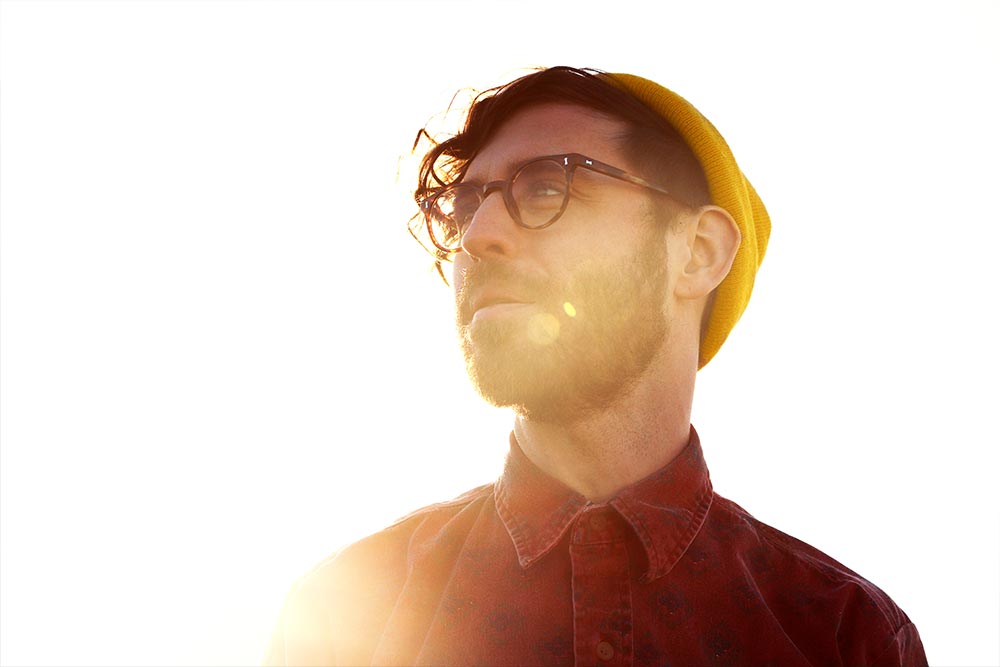 What made you change gear and transform this hobby into your life’s work?

When I was 9 years old, I developed facial tics. I’d no idea how it started and it was completely debilitating. No one knew what it was, my parents took me to the doctor so many times and were told that I was attention seeking. I also developed obsessive thoughts, I would constantly think that everyone around me was going to die. That would be terrifying for anyone, but I was so small and it was just awful.

I missed out on so much education because I spent my whole time in class being aware of a twitch building and then I would deliberately knock my pencil onto the ground so I could twitch under the table and hide it. The problem was that my attention during the entire class was spent concentrating on that. So obviously it was difficult to actually learn anything. There are clear blocks in my education and I can align those gaps up with teachers who were particularly intolerant of my tics. I’m so lucky that my parents were so understanding and that they did everything to help me.

My life changed when I was sent to the Maudsley Hospital, they diagnosed me immediately with Tourette syndrome and Obsessive-Compulsive Disorder, which are hugely connected. They put me on Prozac when I was 11 years of age – it was horrendous. I was so tired and I had no motivation and it didn’t help my tics. I eventually came off it myself.

The enormous discovery was that I didn’t have tics when I was playing the horn. When the hospital discovered this I became very interesting to them. So obviously playing music became a much bigger deal in my life because I would have done anything to prevent the tics. Practicing became something I looked forward to and I enjoyed the band more. It’s been such an epic journey to heal that part of me. 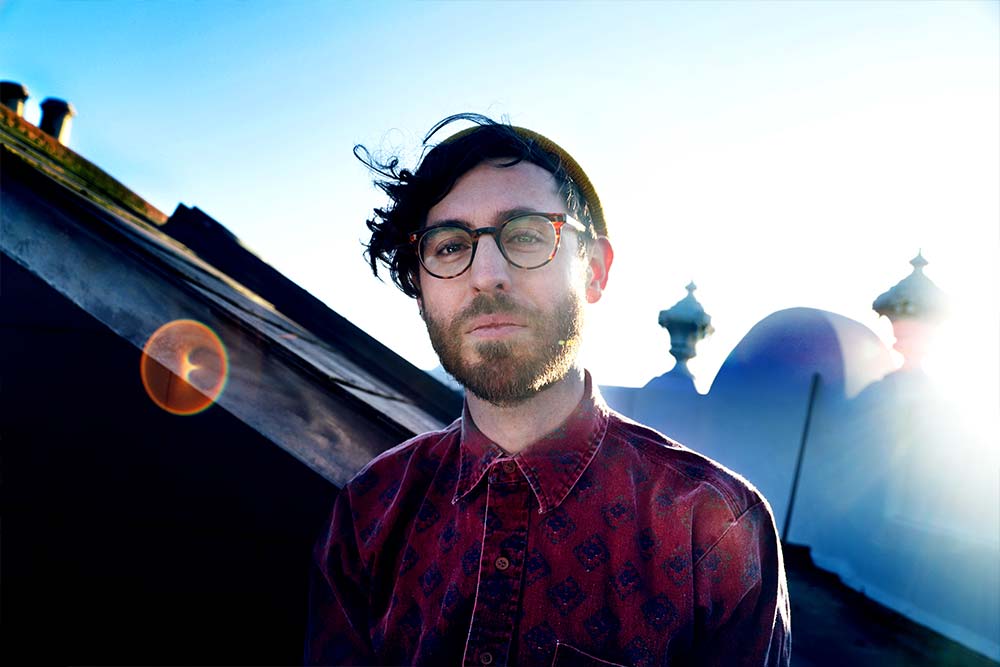 The reason I talk about it is because my life was made so much harder because nobody knew or talked about what was happening to me."

Being a composer you need a huge amount of focus and commitment to achieve the success you have already reached. Do you think learning to deal with Tourette syndrome and OCD at such a young age gave you the perfect coping mechanisms that allowed you to achieve such high standards in your work?

Yes absolutely. It took me a while to realise this, especially as a kid, but I find when I’m completely immersed in a creative project, all the madness would calm down. I’m so lucky to be in a creative profession.

How do you feel about talking about it now?

The reason I talk about it is because my life was made so much harder because nobody knew or talked about what was happening to me. So I feel a responsibility to talk about it now as an adult, even if there’s a slim chance that it might help somebody. Today everyone knows what Tourette’s is, but they presume that it looks like someone shouting very loudly, whereas this only applies to about 10% of people with Tourette’s, the rest have mild to extreme silent tics. Also I want to highlight the connection with OCD, that many people don’t know about. The more that people know, the more they should understand. Now my tics are reduced to a subtle sniff, but during a classical concert people will hand me a tissue and tell me to blow my nose, so it’s easier if I just tell them because if I hold it in, it gets worse.

Also I want people to know about music and how it changed my life completely. Like I said, I came from a very poor background and enrolling your kid in the local free band or music club can have a huge benefit. It doesn’t need to be private tuition that can be seen as a luxury to many families. Music education comes in all different variations, you just need to look for it.

What is your approach to working with other musicians?

It’s a huge benefit to have been a musician myself. I understand what a performer needs and I’m not precious. If they want to change aspects, I’ll do it. I like to send stuff to them to check what they think and then that helps me move forward faster.

I love collaborating. As a composer you spend so much time on your own having internal conversations about your music, which can take hours. I find it’s better to have a conversation with someone and the decision is made in 5 minutes. 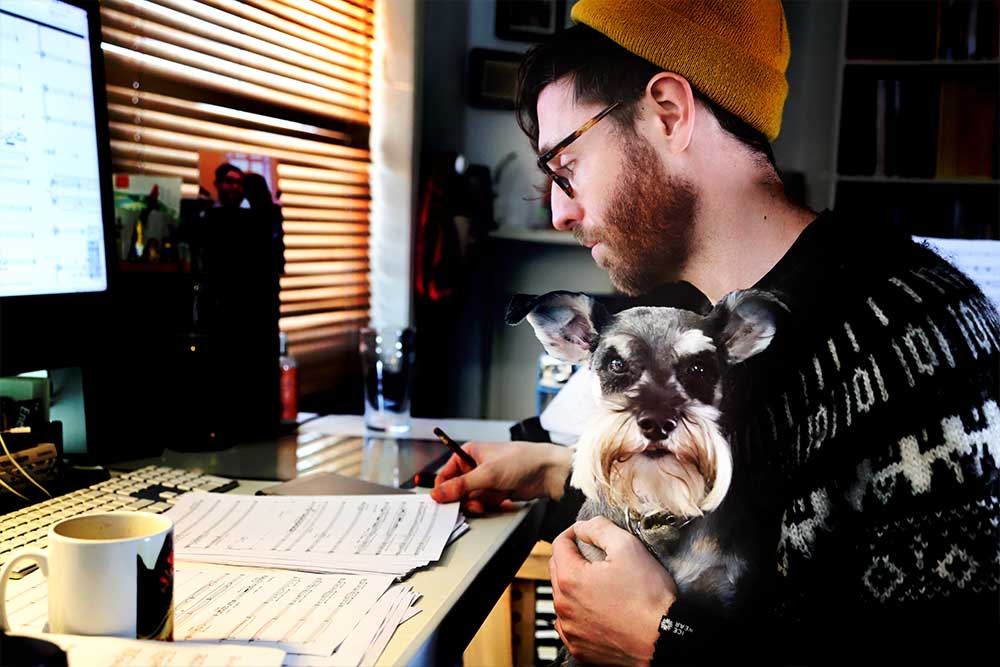 How do you begin a work?

It’s hard – it’s the worst thing and it’s also the most exciting. An empty piece of manuscript is the most terrifying thing to look at. I research a huge amount and if it’s a current issue I’ll go and immerse myself as much as I can. I use sketchbooks and I endlessly jot things down, not music, just words, descriptive mainly. I don’t work out the notes until I sit down to the piano. I don’t use systems and rules, it’s all about how it sounds to me. If I don’t like the sound, I won’t use it.

How do you deal with good and bad reviews?

The music you write is not for everybody and that’s ok. Sometimes those people are critics who write about it, but what can you do? If they don’t like my music why do they keep turning up to my concerts to review my music (laughs). If you let that sort of thing get to you, you’re going to have a difficult career.

You’ve been working with renowned children’s author Francesca Simon on an exciting upcoming project. Can you tell us more?

The Royal Opera House commissioned us to write an opera together based on Francesca’s incredible book The Monstrous Child in 2015. To summarise, this book is what Wicked is to The Wizard of Oz, but to Wagner’s Ring Cycle; it’s telling people what really happened.

Francesca didn’t know a huge amount about opera, so we just kept meeting up in each others houses and watched about three operas a day, which was a bit intense. We’ve been in touch everyday since it was commissioned back in 2015 and she’s a brilliant librettist.

The first opera we saw together, I said to her: “Do you see that box up there, that’s the surtitles with the translation and that’s basically what we have to work with. You have to get everything you have to say into that box” and she said “Oh, it’s like writing a picture book” and I realised she completely got it, I’d never thought of it that way before. She’s extremely perceptive.

Because Francesca’s written a lot of children’s fiction, everything is so direct. In a libretto you don’t need flowery text and overly poetic language, if you don’t cut the frills you lose everything and it means nothing eventually. Opera is theatre with a lot of music going on. The music has to work intrinsically with the words. 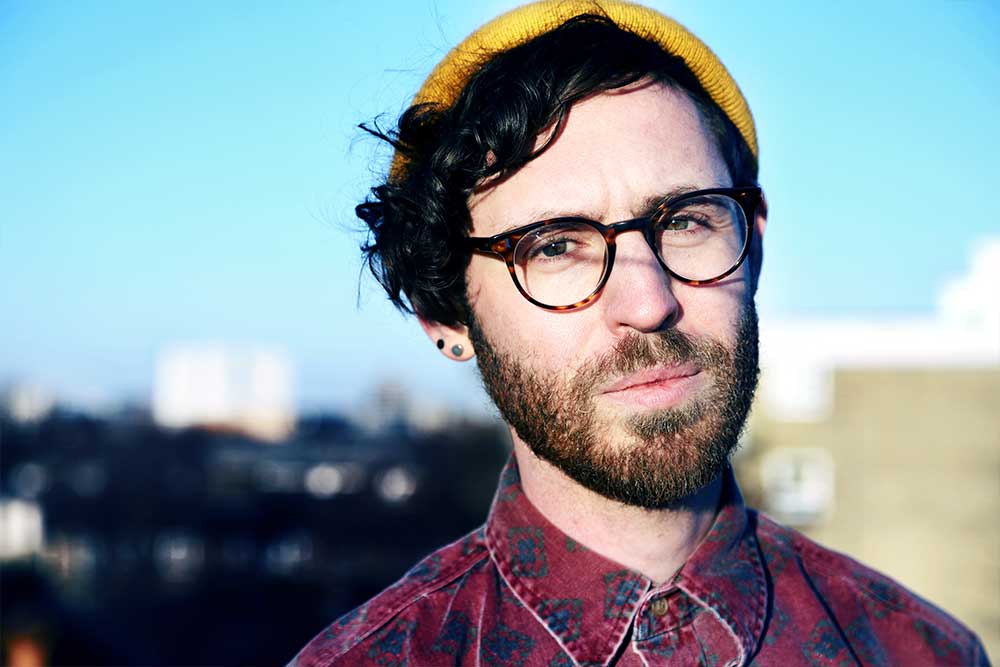 This is the first opera in the Linbury Theatre, what are the advantages and disadvantages to this?

Well, it’s my first opera and the first time I’ve written for voices. I’ve discovered that the move from brass to voice has been very natural, the ranges and breathing are quite close. The best thing about being in a theatre that hasn’t done anything before, is that it hasn’t done anything before. It’s very exciting to be working with a new venue and although it’s controversial we’ve decided to mic the singers because we’re making use of electronic sounds and we need to be able to balance. Ian Dearden from Sound Intermedia is a genius and has been an integral player in the production.

What’s your attitude to social media?

I engage with it as infrequently as possible, there’s too many distractions. It’s a big problem for my generation. I’ll go to concerts with friends and I’ll argue with them to turn their phone off. Or the best is when they’re talking to you and checking their phone, it’s rude.

None of us are immune to how these sites have been designed, you click on and the next thing you know you’ve been scrolling for 10-20 minutes, which can be an everyday occurance. You could learn a new language with 20 minutes every day. I’d rather read something instead of seeing what people are eating.

When I need to use it for work, I engage with very specific things. I’m careful not to constantly self promote, but of course I have to do a bit. My Facebook is purely personal, Twitter and Instagram are more professional, but my Schnauzer, Lyra, features heavily.

I engage with it as infrequently as possible, there’s too many distractions. It’s a big problem for my generation."

To find out more about Gavin Higgins see: www.gavinhiggins.com