Heralded for his ‘delicate precision’ and ability to ‘galvanise symphonies’, Edward Gardner is currently one of the most in demand guest conductors the UK has to offer.

While having a fantastic reputation for his performance of the mainstream classical greats, his fearless approach to programming has brought many of the more obscure 20th century composers back to life. We met with Gardner in advance of his Royal Opera House debut in Janácek’s Katya Kabanova, to discuss how to get the orchestra on your side and working with renowned director Richard Jones.

We're the people who have to shape the architecture of the piece..."

What differentiates a conductor from other musicians?

We’re the people who have to shape the architecture of the piece, that’s the biggest role for the conductor. Luckily it’s what I’ve always been obsessed about in music and that’s why I got into this career. Even as a kid, teasing out the dramatic outline of a piece was the most important thing to me, not the minutia along the way. In an opera you have even more to do to frame the drama alongside the director.

How do you command the room?

Everyone has different ways of doing it. My generation are much more about persuasion and hopefully inspiration, and just showing people that you really know what you want to get. Doing it nicely and building a team around you is always what I aim for and the only way I know.

You regularly work as a guest conductor with many different orchestras, do you ever find it daunting walking into the first rehearsal?

It’s always scary working with a new orchestra. With my next production, Janácek’s Katya Kabanova at the Royal Opera House, it was a new orchestra for me so it was quite daunting going into the first rehearsal, but we know each other now. They’re a fantastic team and they’ve made me feel very welcome.

When it comes to getting the orchestra on your side, what approach to do you take?

Rather than taking it gently at the beginning, I way prefer to get stuck in. I’ve always found it important to introduce myself musically to musicians. They’re some of the world’s best players and they’re not going to be fooled by me flattering them, they need to know that I know where we’re going and I can get us there. By throwing myself straight into the music they get to realise what I’m about very fast. Some people like it, some people don’t and that’s ok. 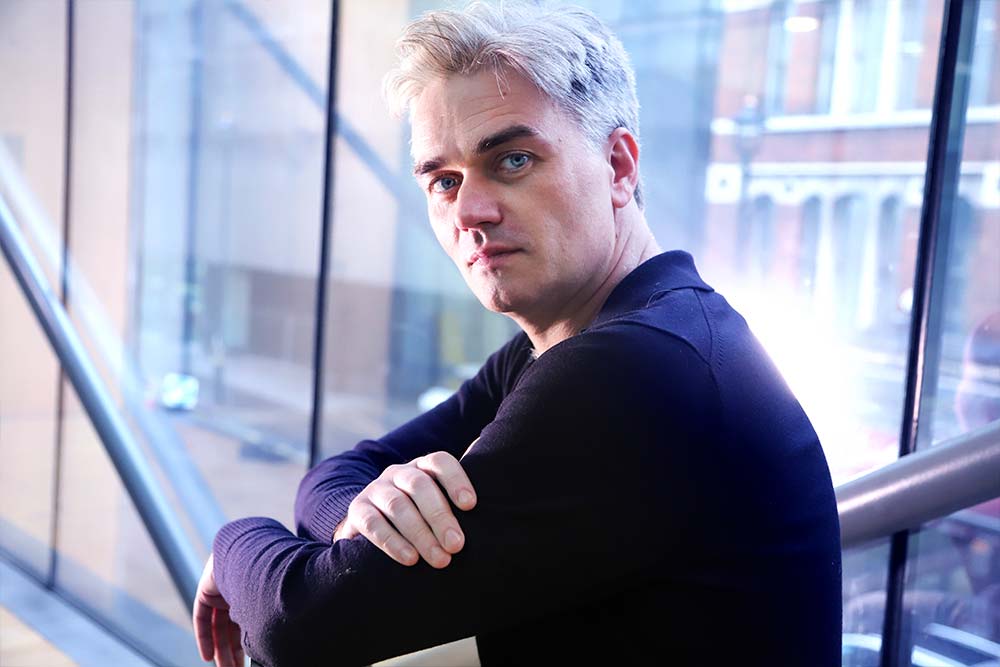 I was so overwhelmed that a group of people took the time to fill out all of those forms and sponsor me, it makes you feel very supported and that I must be doing something right!"

You were awarded an Order of the British Empire (OBE) in 2012 for your services to music, how did this change your career?

To be blunt, it didn’t change it in the slightest, but it was a magical thing to receive. I was awarded the OBE for my decade of work with English National Opera. It was such an honour and it came totally out of the blue. I don’t put it in my title because for me it’s almost a private thing. I was so overwhelmed that a group of people took the time to fill out all of those forms and sponsor me, it makes you feel very supported and that I must be doing something right!

Tell us about your relationship with Chandos, how did it begin?

I’m an exclusive artist with Chandos. The director, Ralph Couzens, approached me. I find them a very enlightened company and they’re happy to look into the far reaches of the repertoire. I’ve done lots of Szymanowski and Lutoslawski, for example, and I always find them so open to my suggestions. We also do a great amount of the mainstream works, such as the recent Brahms recording we did with the Bergen Philharmonic Orchestra.

Another amazing thing about Chandos is their fantastic sound. Ralph is a brilliant sound engineer and he knows exactly how to make an orchestra sing on record. It’s a wonderful experience working with him and I learn so much. 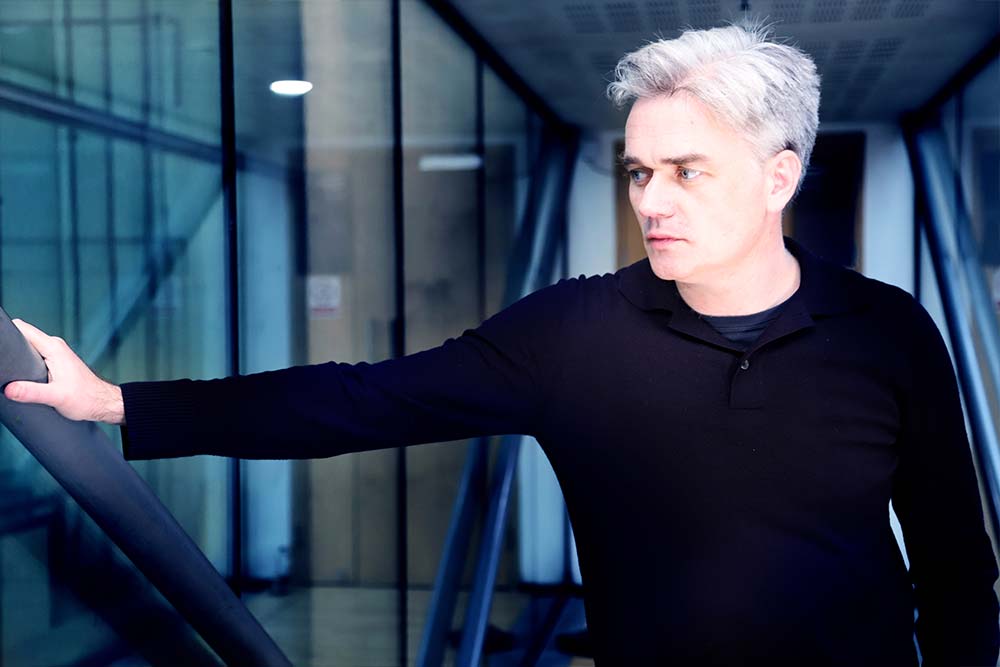 Your upcoming ROH main stage debut in Janácek’s Katya Kabanova is approaching fast, what are you looking forward to in this Richard Jones production?

I’ve worked with Richard so many times before at English National Opera, on lots of productions including Die Meistersinger von Nürnberg, which is a great thing to have done together. He’s such a great colleague and he always has such clarity about how the piece should look and sound. What sets him apart is that he knows the score backwards, which means he directs very musically. He also knows how action really fits within the music and how the music can underpin what he’s asking from the actors to do on stage. He’s really one of my favourite directors to work with.

The best thing about this performance of Katya Kabanova is that there’s an honesty about Richard’s production that separates it from others; it will make for a very raw and searing emotional experience – there’s no frills around it at all. For me, it’s like a wonderful theatre play with great music on top.

...there’s an honesty about Richard’s production that separates it from others; it will make for a very raw and searing emotional experience – there's no frills around it at all." 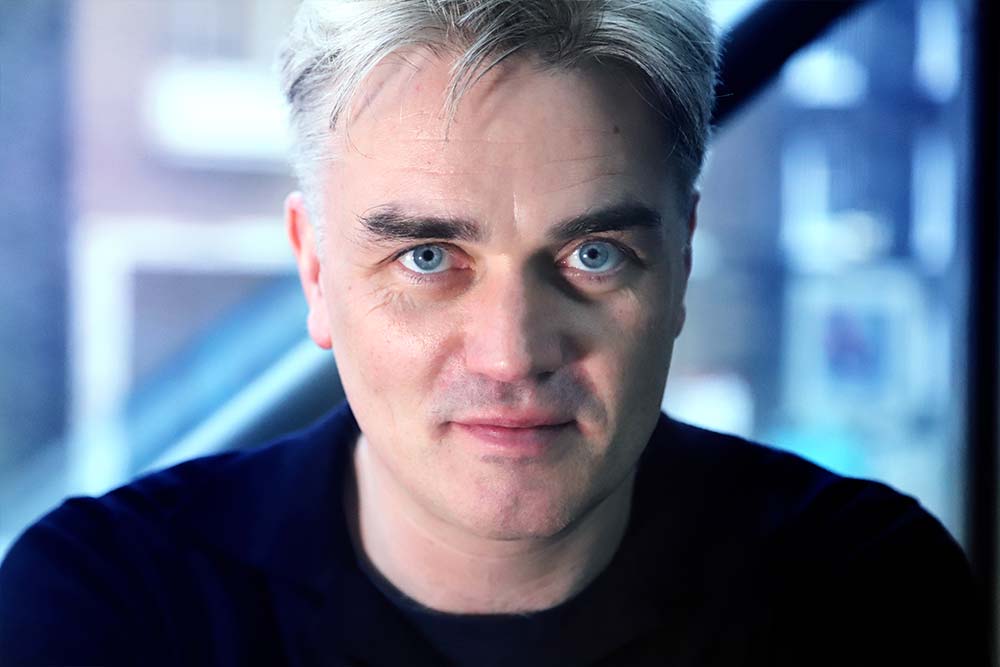 You’re not the only artist making their debut during this performance, tell us about Amanda Majeski and why she was cast as the title role?

Amanda is perfect for this role. She has the purity that the role needs both inside herself and vocally. She also has a fantastic lush quality about her voice that allows her to soar, right above a huge orchestra during moments of great passion and great stress. She naturally has a purity of spirit, her voice mirrors that which is intrinsic to the role of Katya.

You’re constantly moving and working in different cities with different companies, how do you keep any normality in your life?

Routine is so difficult to maintain, but I FaceTime my son while I’m abroad and that really grounds me. I’m lucky that I have my job in Norway with the Bergen Philharmonic Orchestra. I’m based there for a good 14 weeks of the year and I’ve got a beautiful place there that feels like a second home. I’m generally based between London and there, so I’m pretty lucky.

When you work for an opera company, whether it’s in London or abroad in New York or Paris, you’re settled there for about 3 months. That becomes another home so you can feel like you have a normal existence. 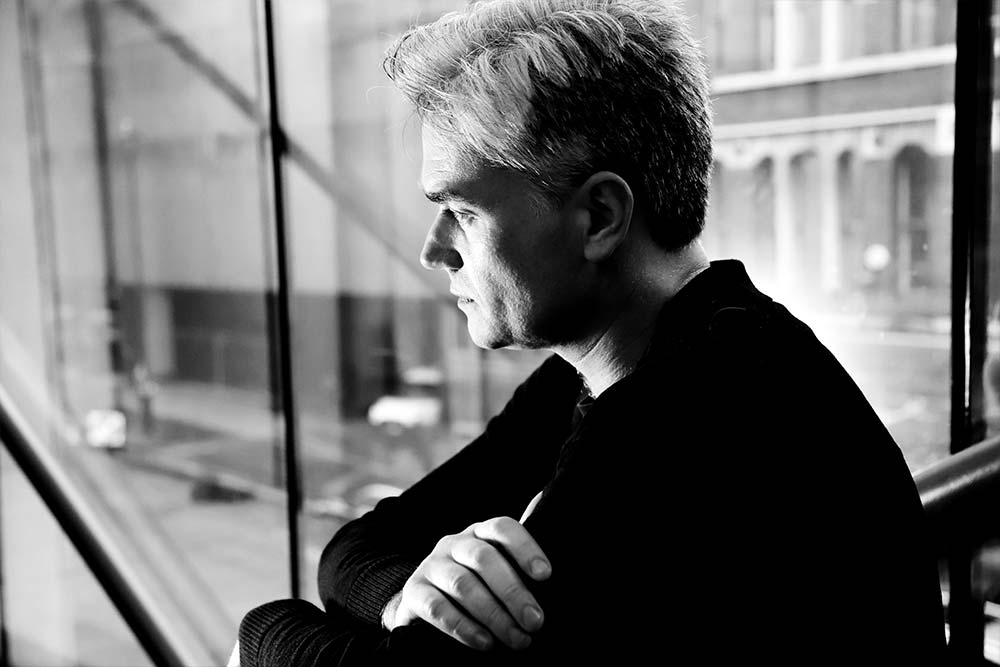 How do you approach a piece when you start working, what’s the first step?

My first stage is to listen – my ideas will always be my own. Depending on whether it’s orchestral or operatic, there’s an old tradition that says you shouldn’t listen to recordings, but I go against that – it’s really silly to ignore the immense catalogue that’s available to us. Often the recordings were made with the input from the composers themselves, so you can understand the original intentions. Learning scores is very painful as a process and you just have to get through it.

Who has helped and inspired you?

In my early twenties I assisted Sir Mark Elder for three years with the Hallé Orchestra, he really looked after me and he’s still a great inspiration. David Syrus who was the the Head of Music at the Royal Opera House was also a very positive force early on in my career. He got me into the closed rehearsals, which meant I was able to observe some of the greatest leaders in the industry. Those opportunities really helped me to discover the artist I am today.

Often the recordings were made with the input from the composers themselves, so you can understand the original intentions."

To find out more about Edward Gardner see: www.roh.org.uk/people/edward-gardner