The Real Mozart with Ian Page

Births and deaths of the ‘great composers’ can be an obvious theme for celebration. But what if we had the opportunity to live in the moment with these great artists and experience their successes and downfalls in real time?

Conductor Ian Page has made this a reality with his innovative project MOZART 250. We met with Page in Hammersmith, London to discuss the effect of Brexit on the classical music world, what makes the perfect Mozart musician and how he founded and directs Classical Opera and The Mozartists.

There is a primary function of classical music and that is to bring people together and share indefinable things. Mozart had a need for resolution and so do we."

Why is Mozart so relevant today?

His music brings out the best of you. His operas are based on forgiveness and compassion. There’s always human emotion that will be forever relevant as long as our species exists. Many say it’s due to his complicated relationship with his dad, but even at the age of 11 he was writing music about absolution and breaking the cycle of retaliation. Today, so much of the troubles are to do with people not being able to forgive each other. There is a primary function of classical music and that is to bring people together and share indefinable things. Mozart had a need for resolution and so do we.

The biggest plus is that you can hurl yourself at the music; because they decay so much quicker you don’t have balance problems. Modern instruments are so much louder that everyone feels like they have to back off and be precious, which in my opinion does the music a disservice and perpetuates the myth of Mozart as a precious, ‘chocolate box’ composer.

Do you think people are intimidated by his phenomenal life and output?

It’s so hard to know. People react in so many different ways to his music, but yes, I do have many friends who are scared to perform Mozart. As a musician you need to have enough flexibility to be ambushed by a piece, and you have to accept that with the great masterpieces there’s no such thing as a definitive performance. Every time I come back to the Mozart/Da Ponte operas I’m amazed by how many new discoveries there still are to be made.

Who do you aim your work at?

The next generation of practitioners. If you’re aiming at them, the general public will come along for the ride anyway. As a classical music company you have a responsibility to provide that minute fraction with the opportunity to say, that’s what I want to do when I grow up.

What was the origin and philosophy of your company Classical Opera and The Mozartists?

It started off with an idea that grew. At the beginning of any project you have to question everything and I apply that to every aspect of my work.

The first question was to establish if there was a need for a company to specialise in Mozart. I certainly don’t think we have a divine right to exist, but for me personally it felt like the perfect vehicle to connect music and people; this is what I felt passionate about and I felt I could do a good job. Mozart makes me come alive and that’s what we need in this world, more people who come alive. If I were hit by a bus tomorrow, I would hope that any surplus money would be given to someone who had an equal passion and drive, whether it was for Mozart, Monteverdi or Stravinsky. That they could bring their dream to the table and make it happen with all their determination and commitment. We can’t be complacent about these things. The important thing is to take people on a journey so they can take what they need to inspire and enhance their lives, in whatever way they can.

Mozart makes me come alive and that’s what we need in this world, more people who come alive." 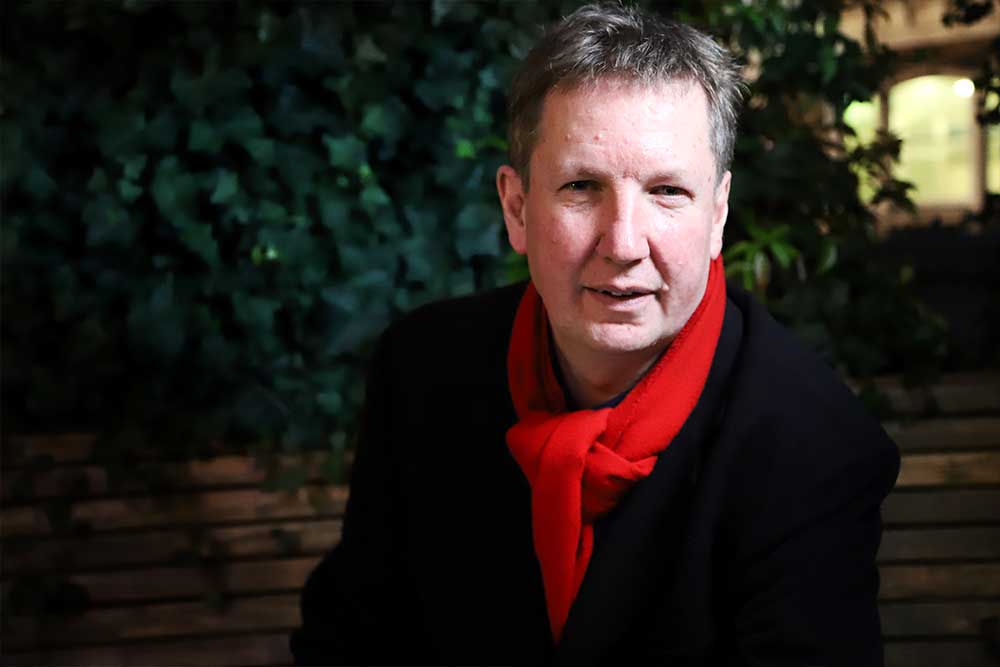 There are some people who conduct for the same reason that people drive sports cars – I just don't fit there."

Suddenly you’re performing in the top UK classical music venues, what was the catalyst that brought the company to this level?

I never see the change until I distance myself. You never notice it at the time. The Wigmore Hall has been a very special venue to us. Because the stage is quite small it forces you to think very creatively and I just adore the space. We’ve done wonderful concerts there because of how the hall makes you think. And recordings have made a big difference for us. I love the process.

Where does your drive come from?

With conducting, it’s a funny one. There are some people who conduct for the same reason that people drive sports cars – I just don’t fit there. I need to have knowledge to feel confident, I can’t wing it. So that’s why I work and it definitely drives me more, trying to work out what little nuances and collective set of decisions will lift the music off the page and bring it to life.

What in your opinion makes a great Mozart musician?

Vulnerability, honesty, imagination, good taste, to be fearless and have the ability to connect.

Tell us about the origins of the MOZART 250 project.

On one level it was a reaction against the unquestioning trend for celebrating anniversaries of births. It just seemed irrelevant, and being born was among the least of Mozart’s achievements. I wanted to create something with meaning, context and longevity, rather than leave people feeling oversaturated by the end of the year. I also wanted people to be able to appreciate and enjoy Mozart’s earlier works on their own terms, and in the context of what else was being written at the same time, rather than as a poor relation to the masterpieces that he wrote later in his life. 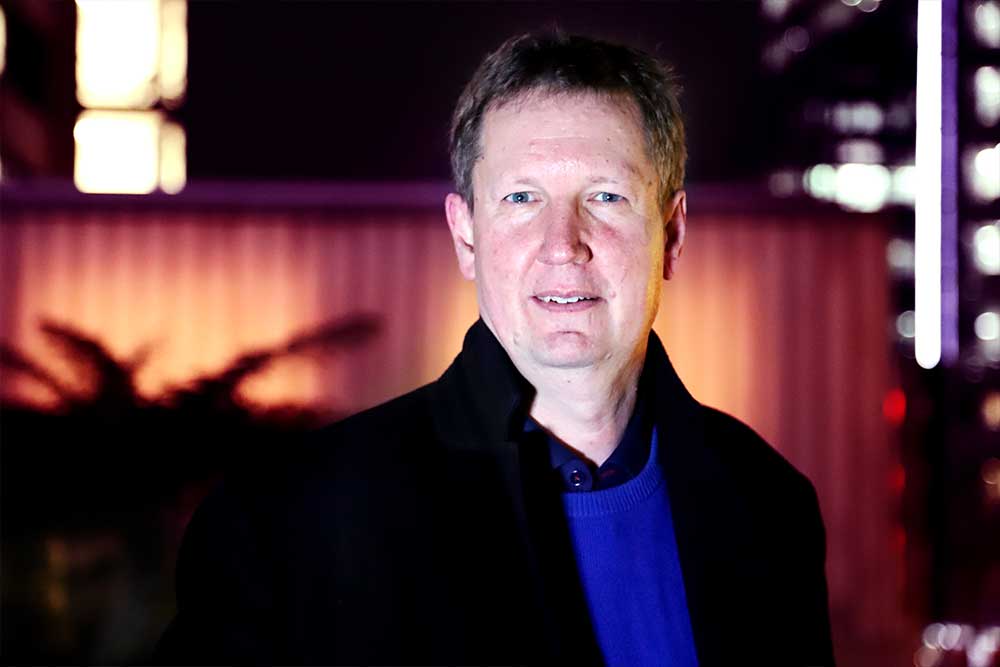 The moment we were able to say '...he wrote it when he was exactly the same age as you', it's a totally different reaction..."

Mozart definitely wasn’t the reclusive composer, tell us about how his environment shaped him.

He was the first freelancer. Everybody wanted to be a Kapellmeister, or to secure some other sort of salaried residency. What I hope our MOZART 250 programming will reveal is a quintessential paradox: that Mozart was a unique genius whose music transcended all limitations of time and geography, and that at the same time he was very much a product of his age, who was shaped and propelled by the music of his contemporaries.

MOZART 250 has an educational outreach programme that travels around primary schools, what makes your work different from similar projects?

I genuinely believe that you have to catch people as young as possible. When I look back at my days as a choir boy in Westminster Abbey, I had no idea that liking classical music wasn’t cool until I left. Although, by then it didn’t matter because I’d caught the bug.

What we’re discovering is that you can go into a school and say that Don Giovanni, for example, is a great opera until you’re blue in the face – you’ll get nothing. The moment we were able to say ‘we’re going to play Mozart’s first symphony – he wrote it when he was exactly the same age as you’, it’s a totally different reaction and you bring them into the music in a way that they never experienced before. 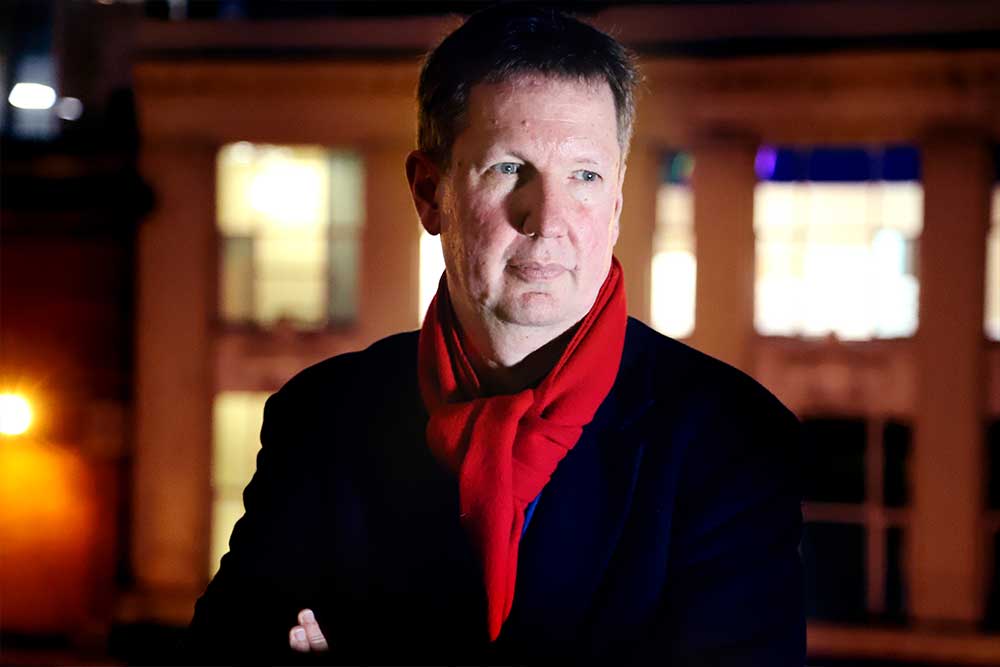 Tell us about your concert in the Southbank Centre at the end of the month.

Every January, as part of MOZART 250, we kick off with a ‘top of the pops’ of that year, this time it’s 1769. We’ll perform a cross section of repertoire that’s not necessarily Mozart-centric, but a broad spectrum of what was going on. We have music by Mozart’s father, and by Arne, Paisiello, Gluck, C. P. E. Bach and Haydn as well as Mozart himself.

Why James Newby and Chiara Skerath?

James is someone I heard in the Kathleen Ferrier Award, and I just knew he was a perfect fit. He had a natural communicative power, his voice has a confidence in its workings, there are no weaknesses. Chiara is wonderful, it’s a brilliant sound and she’s ridiculously young. She has a fantastic lower half of the voice, which sets her apart from many sopranos. There’s a connection and honesty there that’s perfect, and she’s also an innate performer. She’s Swiss-Belgian and now lives in Versailles. There’s so much to be said about cross-fertilisation.

Speaking of cross-fertilisation and freedom of movement, what are your thoughts on the outcome of Brexit in relation to classical music?

I still can’t believe the outcome of the vote. Maybe I can answer this in relation to Mozart, I think it might be a bit more insightful.

He travelled through France, Belgium, Holland and London by the age of 10. Then went to Italy when he was 14 and wrote so much there. When he was in London, they were hiring artists from all over Europe. It was completely cosmopolitan and that’s what formed him. If he had stayed in Salzburg, there’s just no way that he would have had the imagination and breadth of reference he did. To think that we’re now being reduced to this limited notion of patriotic identity, is just wrong and terrifying.

I did my degree in York, then went to the Royal Academy of Music. I remember noticing that out of the 10 friendships I’d made, none of them were English. It was amazing, it felt like a liberation and it played a big role in who I am today. 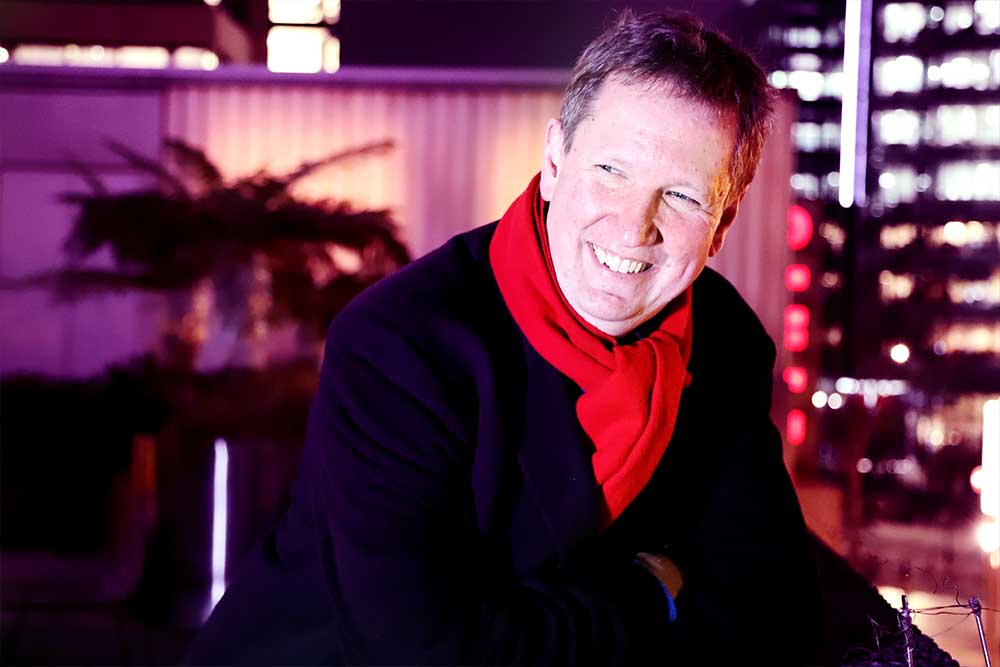 Tell us about your work/life balance.

I have a wife and three kids under 10, they don’t let me get away with anything and I adore them for it. Before having children I have distant memories of completing the work I’d set out to do that day. I’ve become more efficient – I know that I can use 10 minutes to learn 6 bars of a symphony and it still counts.

Well, I’m not sure this one is even true, but that doesn’t stop it from being my favourite… When he was living in Vienna a young student approached him in his teens and asked him how to write a symphony. He replied with “A symphony is a very complex musical form and you are still young. Perhaps you should start with something simpler, like a sonata or a quartet.” The student replied with “But you were writing symphonies when you were 8 years old.” Mozart replied “Yes, but I never asked how.“

To find out more about MOZART 250: www.classicalopera.co.uk