In Conversation with Maestro José Serebrier

When thinking about the great maestros of the twentieth and twenty-first centuries, the name of José Serebrier immediately springs to mind. Discovered by the legendary Leopold Stokowski at the age of 17, the Uruguayan-born composer is now one of the most recorded conductors of his generation.

In recognition of his work as a composer, Serebrier has received numerous American awards including two Guggenheims (as the youngest in that Foundation’s history, at age 19), Rockefeller Foundation grants, commissions from the National Endowment for the Arts, the Harvard Musical Association, the B.M.I. Award, and the Koussevitzky Foundation Award, to name but a few. Serebrier’s portfolio of compositions includes over 100 works, which have been published by Peer Music, Universal Edition Vienna, Kalmus, Warner Music, and Peters Corp.

Final Note caught up with the dynamic conductor during his recent appearance in London to chat about his career, Stokowski and some interesting forthcoming projects for 2016.

After my first violin lesson, age 9. I went to my second lesson with a solo violin sonata, and my teacher was in shock..."

Tell us about your musical upbringing in Montevideo, Uruguay.

I was extremely lucky to have been born there at the right time, when so many great artists from Europe had emigrated to the area. My first violin teacher was Iasha Fidlon, who had been Lepold Auer’s assistant in Moscow, and who left a great legacy of wonderful violinists in Uruguay. My composition teacher was the Italian Guido Santorsola — a complete musician. All my other teachers were equally outstanding.

When did the urge to compose music first appear?

After my first violin lesson, age 9. I went to my second lesson with a solo violin sonata, and my teacher was in shock…I didn’t know tonality, harmony…the work is now published (Sonata for Solo Violin) and recorded twice.

What motivated your decision to become a conductor?

I liked the repertoire.

Leopold Stokowski played a prominent role in shaping your music career — how did he prepare you for your musical journey?

He “discovered” me when he chose my first symphony as the last-minute replacement for the world premiere of Charles Ives’ 4th Symphony, which was still unplayable. A new musician in his orchestra showed him my score and he chose it at once. I was a 17-year-old student at the Curtis Institute of Music in Philadelphia. Four years later, when he organized the American Symphony Orchestra at Carnegie Hall in New York, he invited me to be his ‘Associate Conductor’ — a post I kept for 5 years until George Szell invited me to become ‘Composer in Residence’ of the Cleveland Orchestra for several seasons. I learned a great deal from Stokowski, just by being there, by osmosis. He never gave me a word of advice, but it was a fantastic experience, and we even conducted some concerts together at Carnegie Hall. He would conduct the opening and final works, and I would conduct all the works in between.

What can you recall of your conducting debut at Carnegie Hall in 1965 with Ives’ challenging Fourth Symphony?

It was Stokowski who conducted it. I was only the second conductor. It was an amazing experience because we had to spend several months rehearsing this work. A few years later I recorded it on my own with the London Philharmonic — my first recording and my first Grammy nomination. It’s still in the catalogue after all these years.

Your wealth of recordings is testament to your reputation as one of the finest conductors and interpreters of the twentieth and twenty-first centuries — if you had carte blanche over the programming choice for a new album, what would you choose and why? 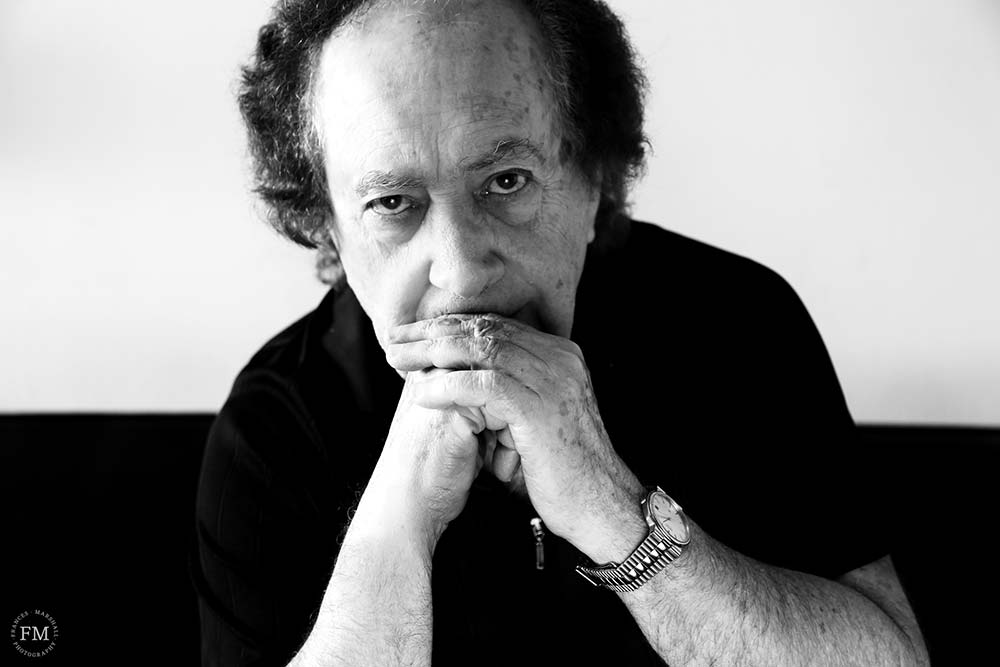 It comes naturally, but I learned from the great people I had the fortune to work with: Stokowski, Szell, Antal Dorati and Pierre Monteux."

Clearly you possess an innate affinity with the work of the Russian masters of the nineteenth century — what is it about this music that speaks to you in such a way?

It could be in my genes. My father was Russian and my mother Polish.

What is it like to record and conduct the works of your peers and friends, such as Ned Rorem?

Recently I also recorded CDs (LINN Records) of music by Robert Beaser and Samuel Adler with the RSNO; a CD of music by John Powell (of Hollywood fame) with the Philharmonia; a CD of works by China’s most important composer, Xiaogang Ye, with the Royal Philharmonic Orchestra for BIS; CDs of music by Spanish composer Tomás Marco (Naxos) and Cuban-American Orlando Jacinto Garcia (Toccata Classics); and a CD of various composers from Finland and the US, entitled Adagio with the St Michael Strings for the Finnish Alba label. For me, it’s a special mission to promote the works of my peers and friends, which is why I almost never conduct my own music, in order to leave space for their music. Columbia University’s Alice M. Ditson Fund gave me their award many years ago for championing contemporary composers. Of Ned Rorem, one of America’s truly great composers, I made three recordings for Naxos — all prize-winners.

When rehearsing with an orchestra, how do you keep the musicians inspired and energized?

It comes naturally, but I learned from the great people I had the fortune to work with: Stokowski, Szell, Antal Dorati and Pierre Monteux. Firstly, the music has been completely marked up with my own markings, so no time is wasted with verbal indications in rehearsals. Secondly, I don’t talk. Everything is indicated in the music and with my hands and eyes. Thirdly, I go straight to the difficult passages, so that it’s then smooth sailing and we can read the work from start to finish. Finally, I don’t stop every few bars to make suggestions. I keep on playing and make any requests at the end, all at once. It works!! 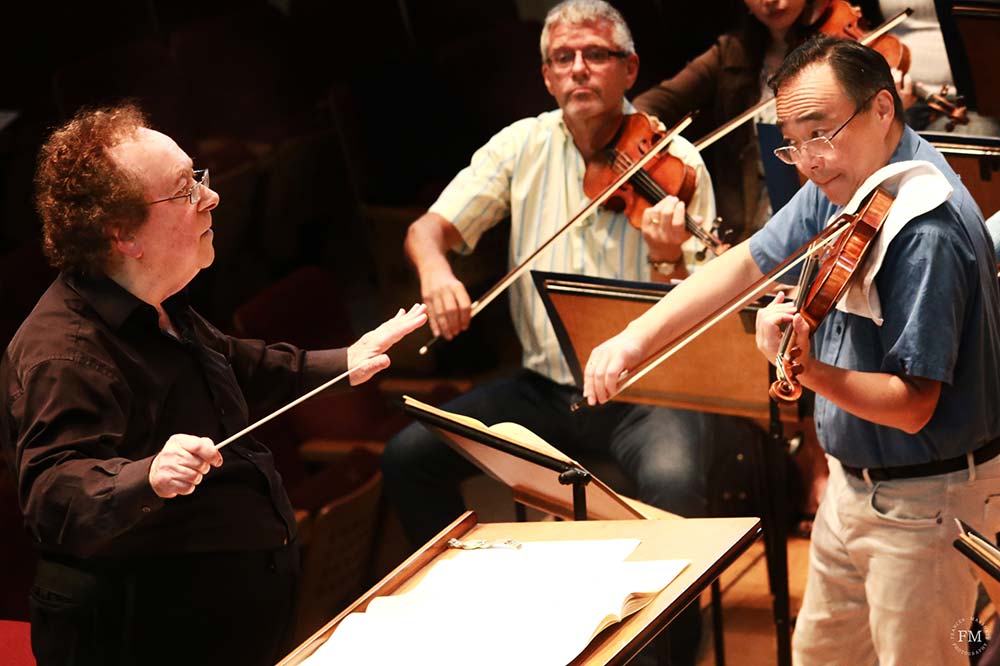 How does your vocation as a composer impact your role as a conductor?

It’s essential. It means that when I study a new work I can look at it from the inside, as if I had composed it myself.

Do you have a particular system/routine for composing, or is it an ever-evolving process?

Where do you write your music?

Directly on music paper, with a pencil, on my desk, or on one of my long flights, or in hotel rooms.

When looking back at your earlier works from the 1950s and 1960s, what do you see, and is there an element of that version of José retained in your current writings?

All my music has a thread. It happens naturally. Sometimes I quote from earlier works. On the rare times when I conduct my own music I feel as if I am conducting someone else’s work; I am completely detached from it.

Today, what serves as your muse?

I wish I had a muse…

Michel Fauré recently published a biography of your life — what are your thoughts on the experience?

When he first contacted me I turned him down, but when he finished it I was thrilled. He did a great job. One of his objectives was to relive, through my experience, the life of the great masters that influenced my career: Antal Dorati, Pierre Monteux, Leopold Stokowski, Aaron Copland, Bohuslav Martinu and George Szell. 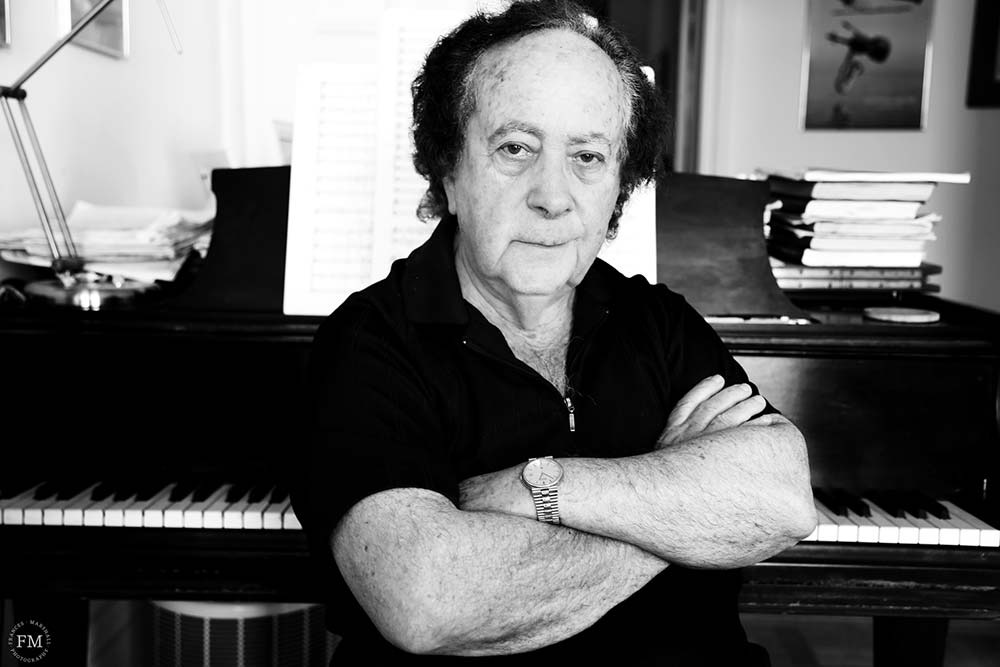 You divide your time between your homes in the US and UK — what do you enjoy most about the London classical music scene?

Everything! My composer friends. The Orchestras. The public. The great musical life.

Several more tours of China. Completing my new piano concerto, probably called Symphonic Bach Variations for Piano and Orchestra, a co-commission from BIS Records and the American Composers Orchestra and Paul Underwood in New York for Yeveny Sudbin (the great Russian pianist). Composing a work for youth orchestra commissioned by a university in Florida, to be premiered in December 2016. Concerts in London with the Philharmonia, the first one is on 6 March at the Royal Festival Hall, including the premiere of John Powell’s oratorio, A Prussian Requiem. Making two more recordings of Xiaogang Ye’s music with the Royal Scottish National Orchestra in August 2016. Touring with the wonderful English Chamber Orchestra, including a concert at the National Concert Hall in Dublin on 4 October 2016. The release of my new CD of music by Samuel Adler and a CD of works by Robert Beaser, with the RSNO, both on the LINN label. The BIS label release of my new recording of Xiaogang Ye’s works with the RPO. The release of two CDs with music by John Powell, the release of a Gershwin CD with pianist Shelly Berg and the RPO, etc… — a very exciting and full year!