From Lir to Calvary: Patrick Cassidy

The talents of Mayo-born composer, Patrick Cassidy, were brought to the attention of the international artistic community through his unique, and powerful, setting of the legend, The Children of Lir, in 1991. His subsequent commission, Famine Remembrance (1996), compounded his status within the contemporary Irish musical scene.

However, the call from America beckoned, and Cassidy embarked upon an exciting odyssey, narrated by the heady world of film music. His work has featured in an array of films and documentaries such as: Hannibal, Man of Steel, Veronica Guerin, Confessions of a Burning Man, Salem’s Lot, King Arthur, Layer Cake, and Che Guevara, to name but a few. Cassidy has recently been nominated for his work on the IFTA-winning film Calvary by the ASCAP (American Society of Composers, Authors and Publishers Award).

We caught up with the wonderfully charming Cassidy in LA to discuss his work in the States and his future plans in Ireland.

Growing up in a large family, we all played both classical and traditional music. I still love both!"

I was born in Claremorris County Mayo, but we moved when I was quite young. I started piano lessons in Shannon, County Clare when I was about 6 years old. My first piano teacher was Mrs Vermeer. Later, I went to the school of Music in Limerick where I also learned flute and musical theory.

Growing up in a large family, we all played both classical and traditional music. I still love both!

Why did you decide not to pursue music at university level — choosing Mathematics instead?

I feel people in Ireland see education in a vocational way, rather than learning for the sake of it. The vast majority of people studying for the B Mus end up teaching. This was not for me! My father persuaded me to study mathematics and do music in my spare time. I am glad I did this, as I enjoyed studying mathematics. I feel it broadened my perspective, and did not damage my musical progress.

Tell us about the period following the release of The Children of Lir?

The Children of Lir was very successful, staying at number 1 in the Irish classical charts for more than 1 year. It did have a minor release in America a few years later. I suppose the commission for Famine Remembrance was due to the success of The Children of Lir. This piece was premiered at Saint Patrick’s Cathedral, New York in 1996 with Angelica Huston as the MC. It was also performed at the same venue the following year, and at both The Symphony Hall and Opera House in Chicago.

It has been performed about a dozen times here in the US, and is actually being performed this June in Princeton. Amazingly, the Irish premiere was in my home town of Claremorris 2 years ago, with the RTÉ Concert Orchestra.

What are your thoughts on the way in which contemporary composers are treated in Ireland?

I am a little out of touch as I left Ireland for Los Angeles in 2000. Of course you have bodies like Aosdána for artists. But my impression is that Ireland is very cliquish when it comes to the arts. It certainly was when I lived there!

But it is a great country for artists, and has a great tradition, especially in literature. We also have great music teachers who are very dedicated.

What prompted you to leave Ireland in favour of LA?

I moved to Los Angeles in order to pursue my career. It was very tough at first because I went from being a fairly big fish in a relatively small pond to being practically a nobody. I was hoping to get more into film music, but I had only one credit under my belt, a film called Broken Harvest — a very nice film, but one that did not have an American release!

It worked out well. I managed to write what became a very popular piece, for the movie Hannibal: the opera aria ‘Vide Cor Meum’. I also worked with Lisa Gerrard, the voice on Gladiator, on a few projects. There is only one composer hired for a movie, so it did take some time before I was able to find my own projects. 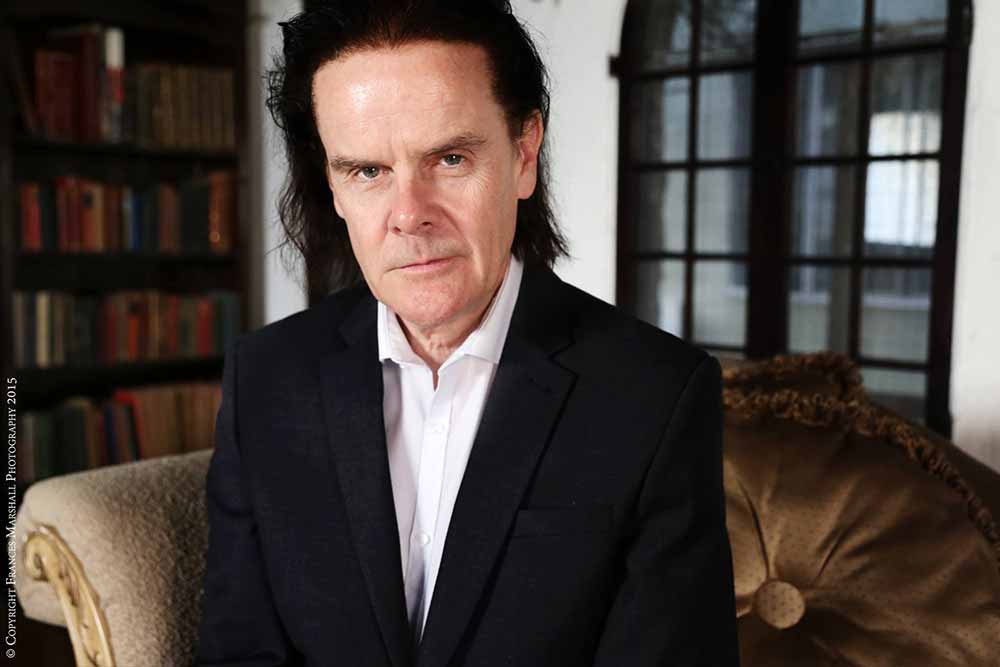 I think a person's place, background and influences growing up are important in developing this voice. I suppose that is why I look to Irish folklore and music for inspiration..."

The fragrance of Irish heritage (historical, spiritual and literary) perfumes much of your output to date, can you elaborate on this?

The Children of Lir is a cantata in the Irish language. I also wrote another cantata, Deirdre of the Sorrows, which also has an Irish libretto. I think it is important to be true to the place you come from. However, I have written a Latin setting of the Mass and recently finished an opera in Italian.

What inspires you both as an individual, and as a musician?

I think it is important as a composer to have your own voice. I think a person’s place, background and influences growing up are important in developing this voice. I suppose that is why I look to Irish folklore and music for inspiration — something that makes me different from other composers!

How would you describe your compositional aesthetic and style, and how has that evolved over the years?

I do believe composers improve with experience, so there is a constant evolution. Film music is the most obvious choice for a working composer, and I think very few people can survive composing purely classical concert music.

In the past few years I have been writing more classical pieces. When I came to Los Angeles I had so much to learn. A film composer practically needs to be a sound engineer as well as a composer, and there is so much technology to learn. My first few years in Los Angeles were spent getting up to speed in this area. 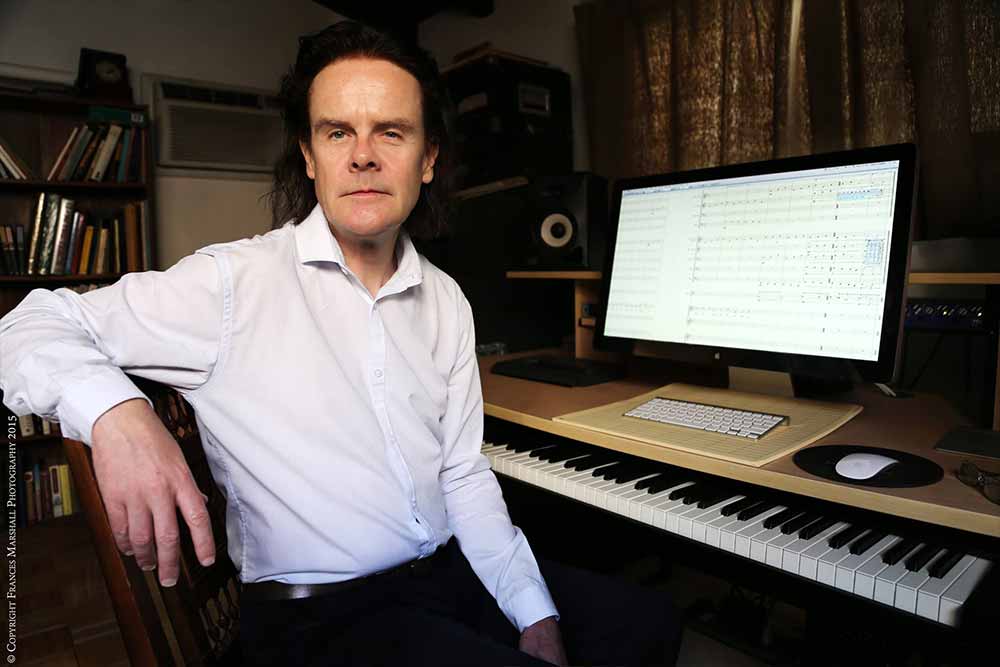 As a composer, do you find it difficult to write to a pre-ordained programme (film music, documentary etc…), as opposed to writing a work derived entirely from your own inspiration?

I feel there are many differences between the two! When writing for a film you are always conscious that you are part of a collaboration, and of course you must try and fulfill the vision of the director. Also, there is usually a temporary score put to the first cut of a movie, and generally the composer must write something along the same lines. The most challenging aspect of film music is the time pressure: usually 8 weeks or so to deliver a finished score that has been orchestrated and recorded and mixed.

When I write a concert work, I tend to have more time and there is not the same pressure. But the music is more complex and needs to stand on its own.

Do you have a preference for either form?

I enjoy both! I started out from a love of music rather than being a movie buff. However, film music is in essence just another new form, in the same way as opera or sacred music. Both of these latter forms are also in a sense ‘programme music’.

You have racked up a notable catalogue of movie associations to date, how have you found the whole experience?

I have enjoyed the experience and I have met very interesting people. For example, I got to hang out with Anthony Hopkins in Florence when my opera scene was being shot for Hannibal. He’s a very interesting person and also a great musician.

Film scoring is very hard work but the experience is fantastic. I particularly like a job that involves leaving home for a new place. For example, over the last few years I have spent several months in Rome and London, and this year I will be coming to Ireland for a project. 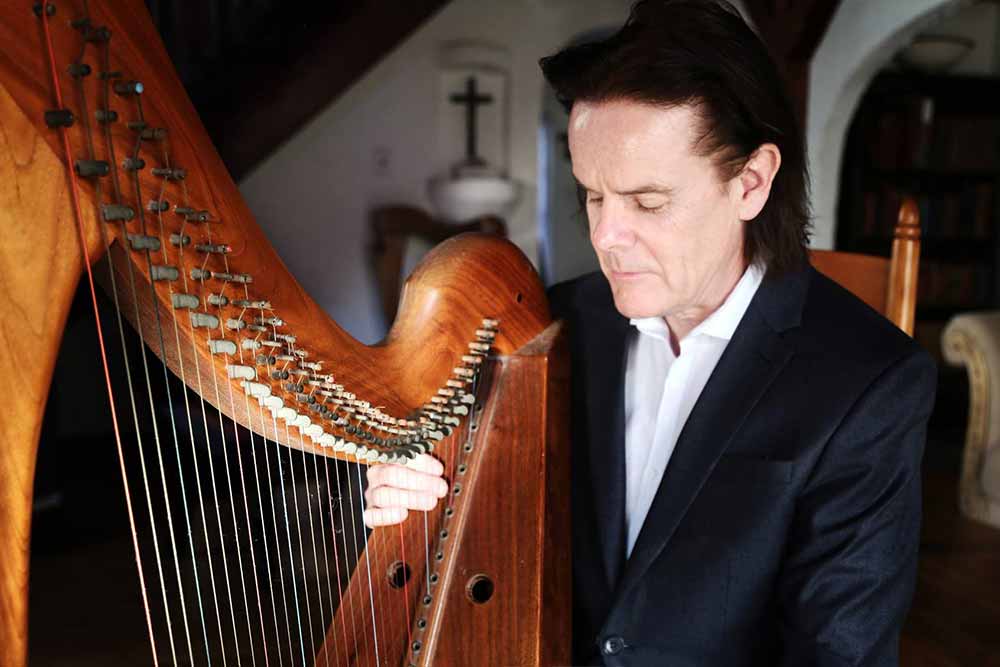 Tell us about your involvement in the forthcoming ‘Behind the Scenes’ venture in Limerick?

My nephew Ronan Cassidy is project manager at Film Limerick and asked me if I would supervise the music for three short films that will be produced as part of a training programme. Of course I am delighted to be involved in anything at home. I am also doing a summer school in film scoring in Claremorris, County Mayo this year.

Would you consider moving back to Ireland?

I may at some time, but I have been visiting about 2 or 3 times a year recently, mainly due to work and events I needed to attend. I also speak to my mother about 2 or 3 times a week for free on Viber. The world is becoming a very small place. However, like in Ireland, many of my friends here in Los Angeles are musicians and artists of various types. The weather is great in LA, but I do miss the pub!

And finally, Patrick what does the next year hold for you?

I am scoring a PBS documentary about the 1916 Rising. I expect to be home for about 10 weeks on this project, and will be recording the music with the RTÉ Concert Orchestra. Incidentally, they did a brilliant job for me on the movie Calvary. I am really looking forward to working with them again.

I have also just finished a new opera. At the moment I am doing a second pass tweaking the drama with my librettist. I am very happy and we have great plans for it.

We wish Patrick all the best for his future projects and his nomination with the ASCAP.