Reaction to Brexit from the Classical Music Industry

The impact of Brexit has far-reaching consequences that extend beyond the realm of politics and economics to education and the performing arts. We spoke to some leading figures within the classical music industry from Ireland and the UK to get their thoughts on recent events in Britain. 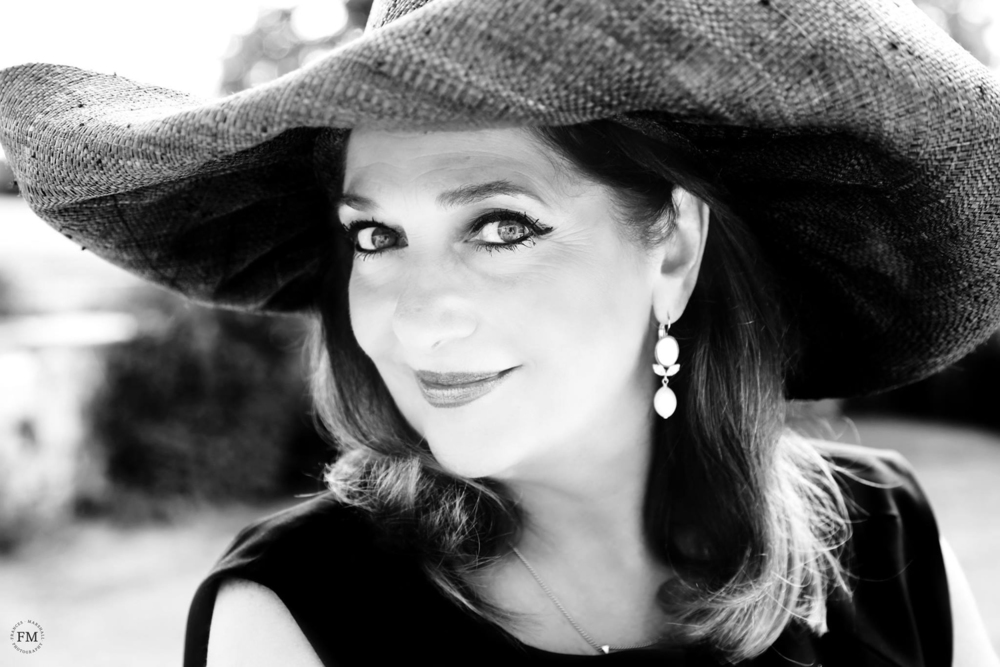 “It’s possible the Leave campaign didn’t think of the impact on the arts community or the artists themselves. Many rely on freedom of labour/movement within the EU for living, studying and working abroad. Indeed it would be a tragedy to the international arts community to not be able to share our art and artists freely across borders.” 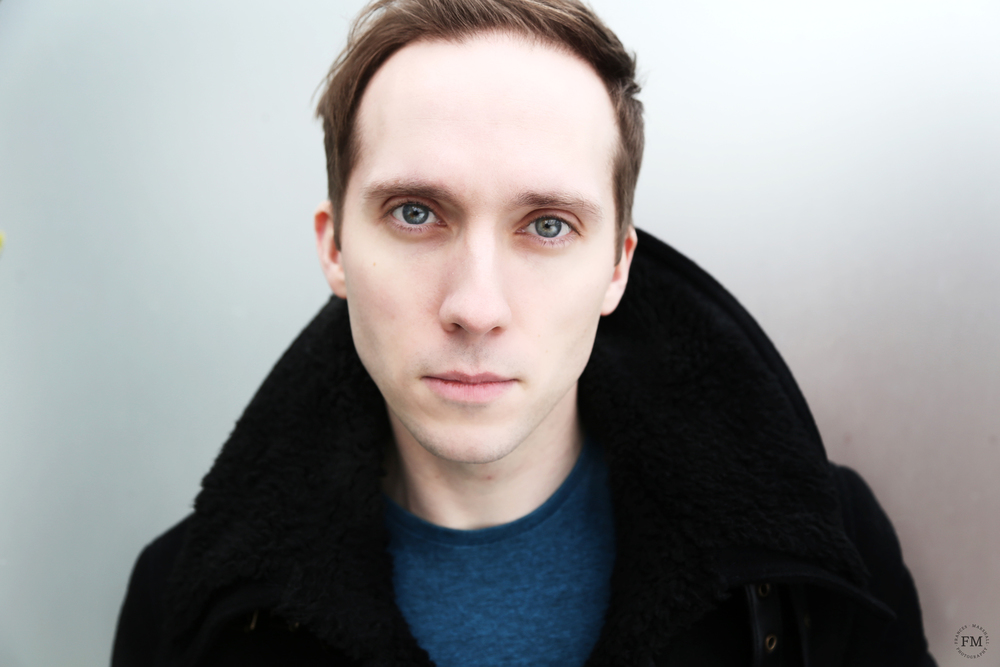 “Opera is the epitome of collaboration; artistically, culturally and linguistically. It has thrived in the conditions that being in the EU has afforded the UK. If such a rich exchange risks being hindered in any way, as withdrawal from the EU could very well precipitate, we will all be the worse for it. We have so much to both offer and learn from each other.” 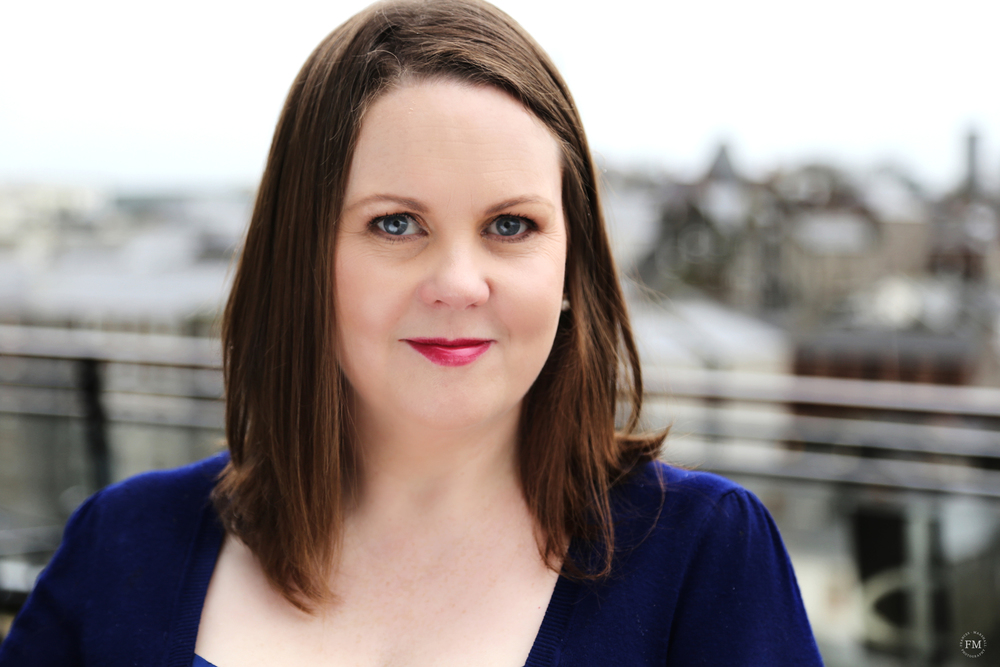 “Since the UK Referendum, there is widespread fear as to what the future will hold for us all, and the impact that Brexit will have on Ireland and its citizens. As a promoter of a Classical Music Series, I am constantly in contact with Irish and European artists, and see that one immediate challenge to UK performers is the drop in value of sterling and the impact that this will have on their fees. We don’t know what the outcome of discussions on freedom of travel across Europe will be, but we must be optimistic and hope that this will be a key part of any sensible and pragmatic negotiations.

I am a strong believer in seizing opportunities and remaining positive. I think that this is a time for Irish promoters to be creative, so that we can generate new openings for artists and put Ireland firmly on the map as a nation that is very serious about the Arts and classical music. We have many wonderful musicians here from many different nations, whether playing in our orchestras, chamber ensembles or as soloists. We also have some very good venues and lots of terrific promoters and festivals. Let’s wave our Irish and European flags very high and let all artists and agents know that we are open for business.” 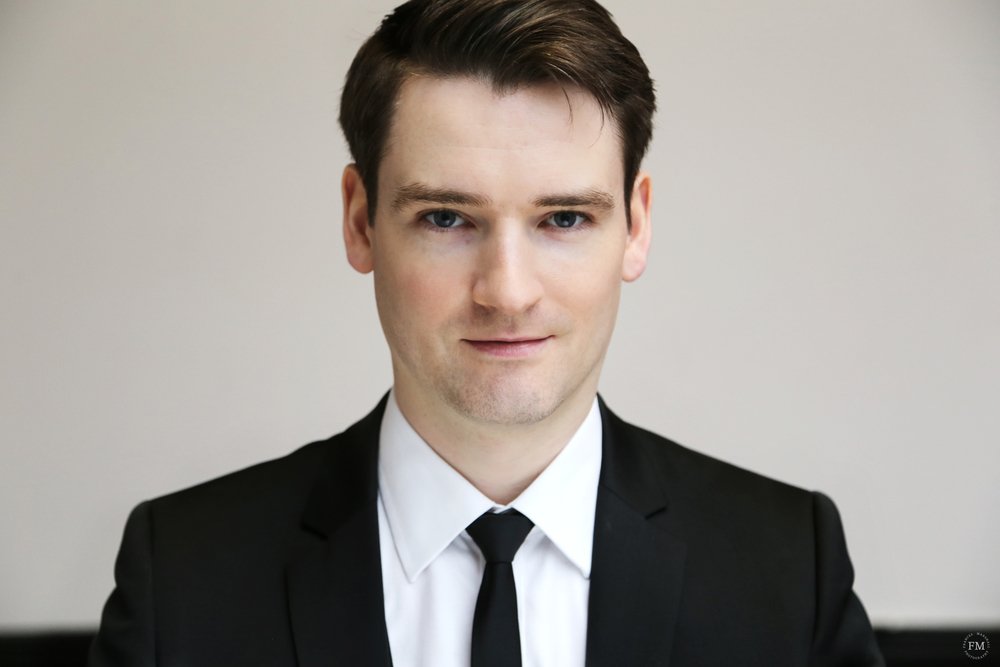 “I’m depressed by the result and its implications, many of which are uncertain, but all of which fill me with dread. Of particular frustration is the fact that both the staging of the referendum in the first place, and the subsequent support of Brexit by some key political figures, were largely motivated by petty party-political power struggles, yet the ramifications are likely to be longstanding and global. The affect of Brexit on the arts would likely have problematic consequences, particularly for touring if freedom of movement becomes more restricted. Many of the biggest classical music organisations and agencies are based in London, and it’s highly possible that there will be a negative knock-on effect for all of these businesses. Selfishly, I’m very glad that I have an Irish passport as well as a British one! I cling optimistically to the hope that some wonderful course of events will lead to a U-turn before too much damage is done, though this seems unlikely.” 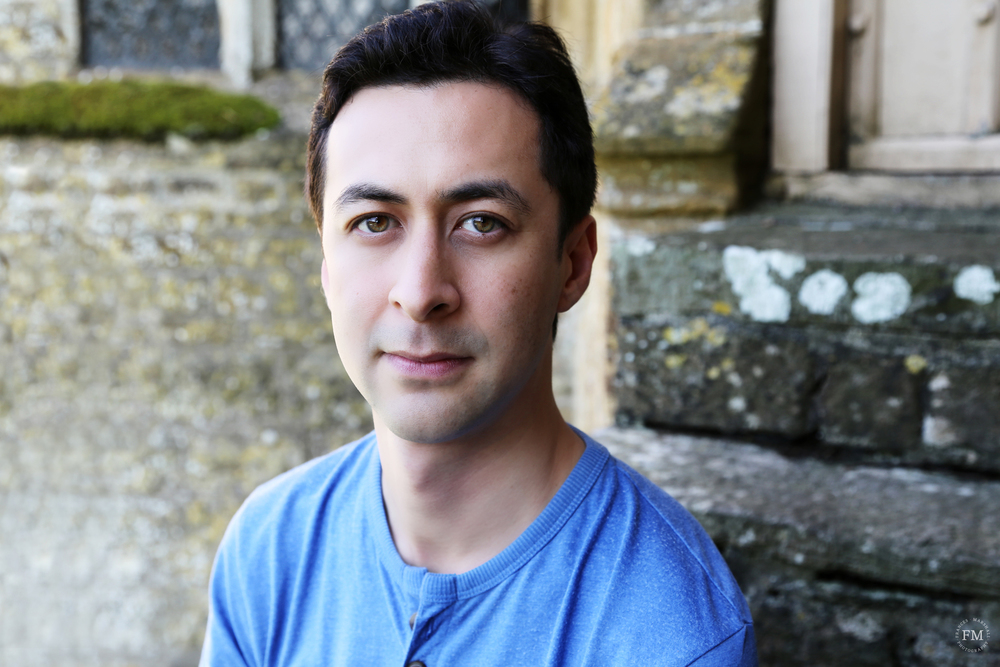 “I don’t know a single musician of my generation who has admitted to voting to leave the EU, and it was a horrendous feeling to wake up last Friday and realise that nearly everyone I know and care about was absolutely devastated. I’m not afraid to admit that I have been reduced to tears several times at the realisation of what has happened, and what we have lost.

My generation has grown up celebrating being part of Europe, and surrounded by dear friends and colleagues from all over the world, from whom I have drawn endless inspiration. Music is a universal, uniting language, and utterly rejects divisive nationalism, racism and the ugly sentiments that seem to have come to the fore in recent days. Music provides an escape from much of the sadness of the world, and it as at these times that we need the arts more than ever. Of course, from a selfish point of view, I could list the many concerns musicians have about the ways in which this vote will affect our lives and careers: there may be fewer opportunities for us to perform abroad and collaborate with our European neighbours; there may be fewer chances for young musicians to gain the immeasurable benefits of travelling and studying abroad, and opening themselves up to different influences; there is also the worry about the way in which Britain will be perceived by the wider musical world. But I worry far more for what it says about humanity and the doors that people have mistakenly chosen to close in this beautiful, diverse, magical world.” 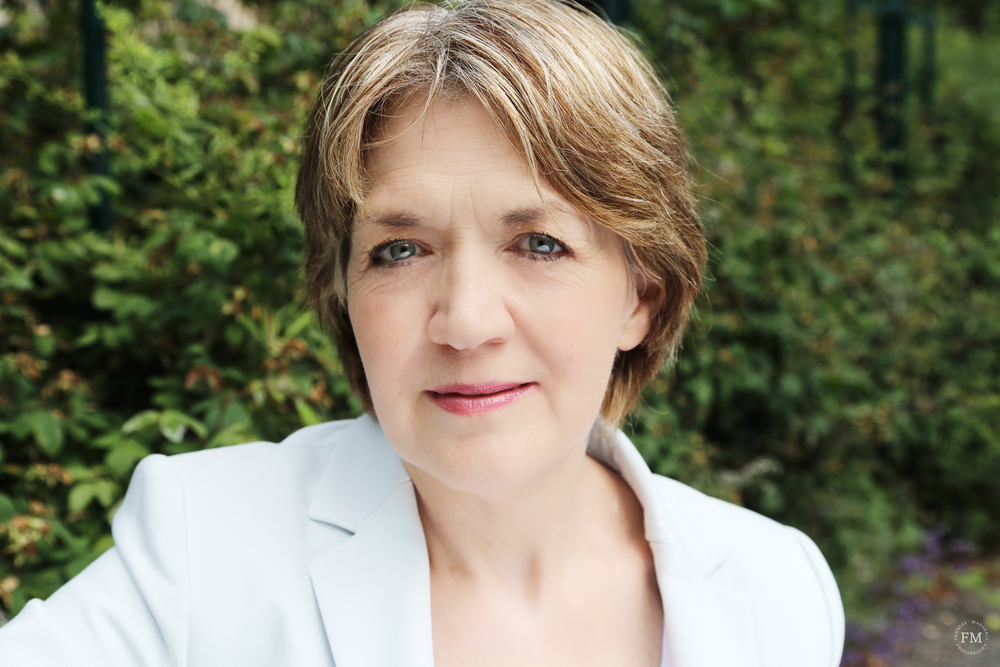 “It is probably too soon to speculate on the exact consequences of the Brexit for the arts. There are many questions which need to be discussed and resolved. My main concern would be to what extent freedom of movement between the EU and the UK would be affected by Brexit and how this would affect artists. If, for example, opera singers from the EU are asked to step in for roles and need to travel to the UK at short notice, will they have problems in getting visas organised? How easy will it be for EU citizens to get employment in the UK, in opera companies, conservatoires and music colleges? Will the intake of foreign teachers and students be reduced? What will happen to the huge number of immigrant musicians, writers, actors and artists who presently reside and work in the UK, many of whom are from the EU and have hitherto lived there without problems? Will they be allowed to remain after the Brexit? Many of these artists may have studied in the UK and made their lives there, possibly since decades. Many may have retired in the UK and be in receipt of a UK pension.

It would be a good idea to have agreements in place to cover these concerns. I work in Zurich opera and Switzerland is not a member of the EU, but we are an entirely international opera company and the Swiss music colleges are also international. Swiss orchestras employ musicians based on merit only, not on nationality. Everybody has to apply for a visa in order to live in Switzerland, which lasts only for the duration of the work contract or study period. Perhaps this would be a good format for the UK.” 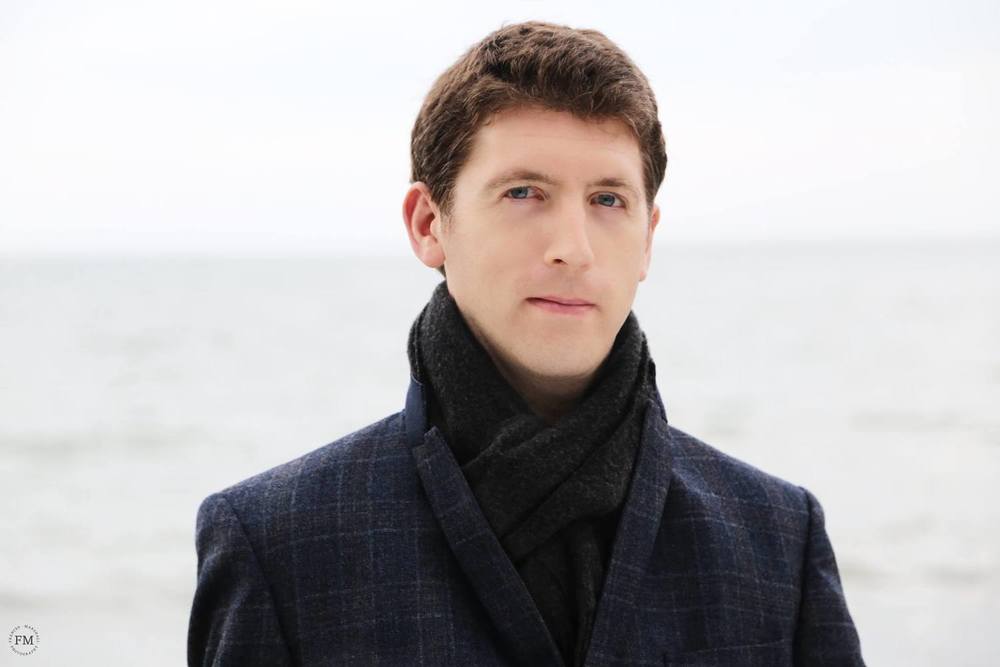 “As a citizen of Europe, my principal feeling on the Brexit vote is one of bewilderment. Europe is entering unchartered waters. A clear signal has been sent that Europe is not delivering to the majority of UK citizens and they are tired of propping up smaller countries. Also they want to keep their jobs and country for themselves, which I think is not the way forward. I am hopeful that the vote will act as a wake-up call to the EU to reform its institutions and reduce costs and bureaucracy, but I am equally concerned that the vote will bolster growing fascist and xenophobic trends across Europe.

As an artist it is hard to know what the consequences will be but I hope there will be very little change to normal business. After all, I perform regularly in Switzerland, another European country outside the EU, and I also studied there, and this caused and causes no difficulties. And I often perform in other non-EU countries. So let’s hope the UK becomes another Switzerland where everything functions with astonishing efficiency! Though perhaps not quite so expensive.

As an Irishman I think it is vital that free trade and travel can continue across the Border. It is saddening to think that we may return to passport controls along the Border. Surely this is not the way forward. The only way forward is together…in a reformed EU.”