With a bloodline that many musicians would envy, Gabriel Prokofiev came to his career in classical music through a more unorthodox route than expected.

We met with the composer in his London home to talk about living up to great expectations, his work in pop music, and his recent album with Signum Records.

Classical music is an industry that’s obsessed with child prodigies. I felt a huge pressure when I was practicing to be brilliant immediately and it was very intimidating."

Many musicians have to convince their parents to let them pursue music as a career. With Sergei Prokofiev as your grandfather, did you bypass this conversation and how did it help or hinder your entrance into the music world?

I’ve never been asked that before, it’s a bloody good question (laughs). My dad was a visual artist and my mum was an artist and art therapist, both were big music fans but weren’t musicians. My dad in general wanted to move away from the shadow of my grandfather, we weren’t surrounded by his music but we weren’t hidden from it either. The extra insight I would have got as a child was that I might have gone to more concerts of my grandad’s music than other kids and then afterwards I’d meet the conductor. That’s about it though.

Classical music is an industry that’s obsessed with child prodigies. I felt a huge pressure when I was practicing to be brilliant immediately and it was very intimidating. My dad was really against pressuring us, he was aware of the weight from our family history, thank god! But even without that pressure from my parents I still felt it, and I stepped away from classical music completely. Instead, I started playing in bands and I loved that.

Childhood is very precious and so many children sacrifice their youth to intense music education and competitions for a career that they more than likely won’t pursue. I’m lucky that this lifestyle wasn’t imposed on me. You have to develop your relationship with music and I only came to classical music properly in my 20’s which meant I brought many other influences to my work. My route into music was through Electronic, Pop and Dance music, genres where my grandfather was nowhere to be seen. There was no pressure and I could just let go.

Today, how do you identify yourself?

Now I’m eventually happy with the label of composer, again the weight of my grandfather’s legacy delayed me accepting it, but that’s what I am! I’ve done a lot of other things other than compose but they’ve all lead me to compose. I’ve become a DJ, record producer and even a club promoter but all those things fuelled me to compose more and get my music out there.

You’ve worked in the pop industry, what’s the biggest contrast you noticed to the classical music world?

In the pop-world people often knock out a tune in a few hours and it will potentially get played to death, there’s an interesting imbalance there. Whereas in classical music, composers might slave away on a score for months, and it will only be performed once! The other big contrast is the super fast turnaround. There’s a greater sense of urgency in pop because the styles change so fast and if there’s a delay in releasing it, the track could sound out of date. That urgency is not there in classical music, if a young composer wrote a piece it may not be recorded for ten years.

Classical composition is seen as an extremely specialised niche. However in the past classical composers were much more mainstream. I actually like to see myself as creating ‘mainstream music’ because then you have music that’s part of a culture as a whole rather than one niche group which potentially makes it seem quite elitist. Most people go to see classical music for an incredible emotional or spiritual journey. Most of the greatest composers wrote music that communicates on a strong emotional level, and because of this their music seems to relate to everyone on some level and, certainly those composers didn’t consider themselves as specialised or niche in their day. I think we shouldn’t forget to look outwards with our work. 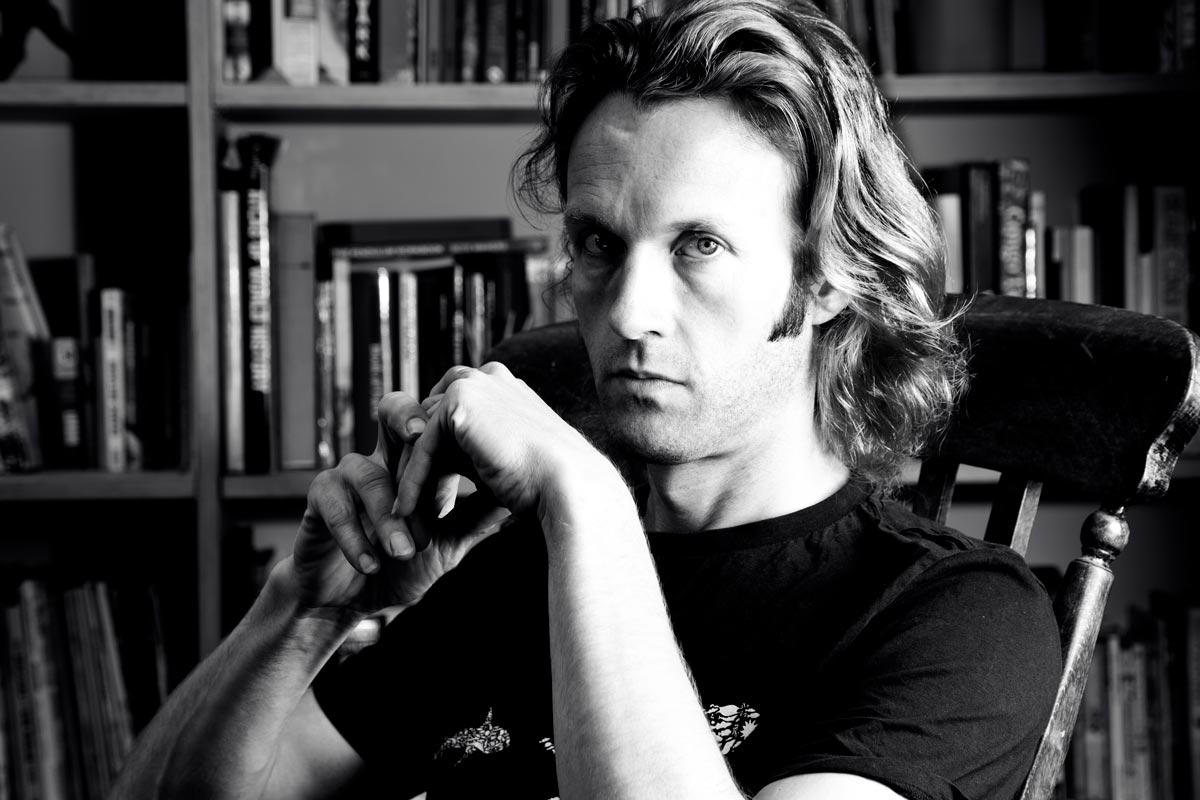 Musical genres shouldn’t exist in isolation, and I think it’s so important to be aware of what is happening outside your field, and be open to other influences."

Why do you think that classical music hasn’t fully embraced multimedia?

If you’re already into classical music you would think we don’t need multimedia, and I think that’s true. If you go to a concert, the music is so consuming, the orchestra is such an interesting thing, to watch or the soloist is so captivating. So there’s a lot going on to keep you transfixed. The music itself is enough. I’ve had the dilemma of working out whether I should have visuals or not in some concerts. I don’t want to distract from the performer; live performance is classical music at it’s best, and it doesn’t necessarily need any extra visual information.

However I think the bigger issue here is that people who grew up in classical music forget that they’re in a bubble and we sometimes take it for granted. It’s almost like a secret society that’s not very inclusive and full of unspoken rules. So in order to bridge that gap and open doors, multimedia can be an interesting option, and a way to help new audiences understand classical music. So though it doesn’t need multimedia it can be really exciting when it’s there.

The biggest mistake is that multimedia shouldn’t be an afterthought that is quickly tagged on to an event, it needs to be part of the initial concept. For example, when my Concerto for Turntables was performed in Glasgow by RSNO they used video projection in a very effective way to further engage the audience (many of whom were new to classical music). For the concerto they projected close-up images of the Turntablist and the orchestral players, so that the audience could see exactly how the Turntablist was manipulating the sounds of the orchestra, and for the other pieces on the program they involved a really talented VJ who combined all different images and film clips that connected with the music.

I know it isn’t traditional. I wanted to bring together a culture that I’d been a part of, with the classical music world. I also wanted to help validate how the turntable is very virtuosic and expressive instrument on a broader musical stage. One of my main focuses was to break down the low art and high art boundaries, which I think are really unnecessary. Musical genres shouldn’t exist in isolation, and I think it’s so important to be aware of what is happening outside your field, and be open to other influences. Most of the really interesting musicians I know have a broad interest across genres. 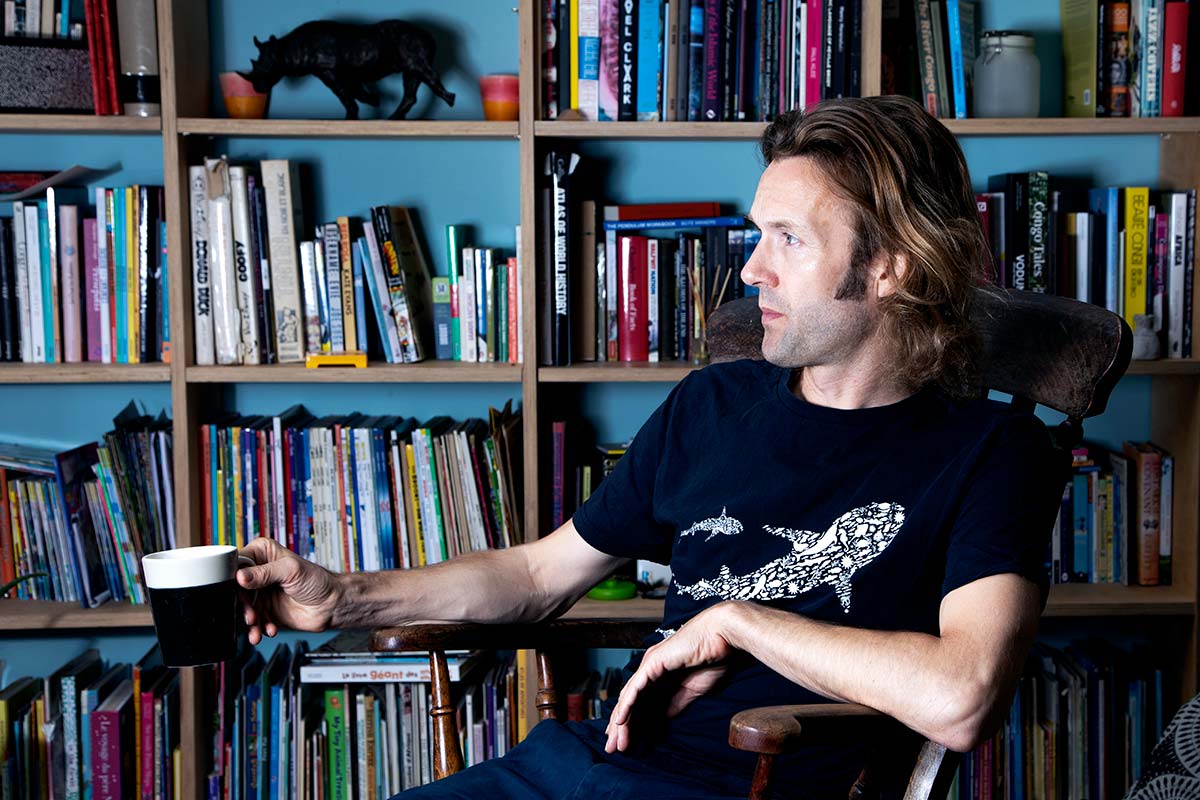 Your recording Saxophone Concerto & Bass Drum Concerto was released last year and coming soon is your release of Concerto for Turntables No. 1 & Cello Concerto, why the focus on the concerto?

I see the soloist as a protagonist and behind them, the orchestra that can represent communities, geography, cities, landscapes. It can become anything you want.

You have this individual, the soloist, who you can identify with. When we watch tennis, we love watching the battle between two people. In a concerto you really have that same interaction with an individual, and you see them battling with the orchestra. It’s the ultimate performance experience.

This album is two concertos, and there will be a follow-up in May with my Concerto for Turntables & Cello Concerto. The orchestra: The Ural Philharmonic, were incredible, and also I love their presence in the community of their region of southern Russia (Sverdlovsk) and their forward thinking programming. They defy the conservative stereotype of what people would imagine a Russian orchestra to be like. I was so happy to work with them, it was really intense recording four concertos in just five of days, but it was fantastic. Also I was very fortunate that four such talented soloists agreed to travel all the way to Yekaterinburg for the recording sessions. Branford Marsalis had a 20 hour journey from North Carolina, and Mr Switch, Joby Burgess both came from the UK, lucky for Cellist Boris Andrianov who only came from Moscow.

I see the soloist as a protagonist and behind them, the orchestra that can represent communities, geography, cities, landscapes. It can become anything you want." 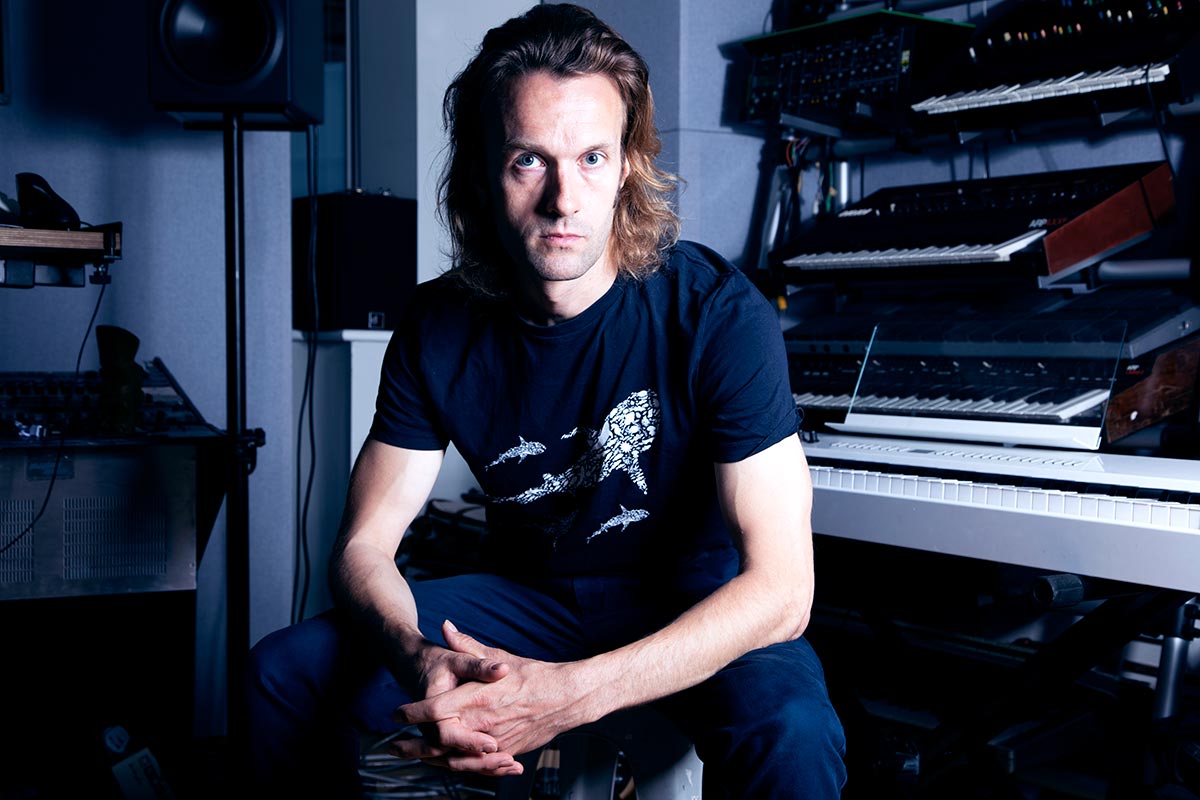 What’s your message with this album?

I want my music to be accessible to anyone. People will of course take different meanings from it, and hear more or less of the details, but I hope it will draw any listener in and take them on an inspiring journey, open up new imagery in their minds, give them energy. In the Saxophone Concerto I wanted to show my passion for melody. I grew up with my grandfathers’ melodies, he was one of the last melody composers of the 20th century. Of course the definition of melody is open to interpretation, and it is evolving. For me, my music is melodic because of what I believe melody to be. I see melody as structured gesture that has some human, graspable aspect, and that is potentially ‘singable’, though sometimes only in the mind! In the Bass Drum Concerto, the focus is more rhythmic and about exploring the sonic possibilities of the Bass Drum, and reflecting the energy of the inner-city life.

On a daily basis how do you sharpen your compositional skills?

I try to compose or sketch something every day. On a daily basis you go through all sorts of emotions, some worse or better than others but that’s why that process is great because you get the full rainbow of who you are – it’s a musical diary. What you can find, is that on a particularly bad day, something musically really interesting can come out of that. So even if I feel depressed or even that no good compositional ideas are coming, I still encourage myself to sketch, as you never know what the results could be.

Also I’m interested in being open to any type of musical idea and not censoring my musical language; trying not to feel that I should compose in a certain style. I try to stop thinking about what one should or shouldn’t be writing. You just let out what’s inside of you. Also, I try to be as open as possible to influences from my surroundings. I find I can be drawn to a standstill even when riding my bike, and I’ll have to stop and sing into my phone and take notes as much as I can. I love responding in a very visceral way to the world around me.

To find out more about Gabriel Prokofiev see: www.gabrielprokofiev.com

Gabriel Prokofiev’s famous first Concerto for Turntables reached a global audience when performed by Mr. Switch at the 2011 BBC Proms, under the baton of Vladimir Jurowski. It has since been performed 55 times worldwide. Prokofiev’s Cello Concerto was composed in 2012 and also showcases influences of electronic and dance music in his works, whilst also exploring the traditional lyrical side of the cello.