Leading from the Violin: Joshua Bell

Grammy Award-winning violinst and Music Director of the Academy of St Martin in the Fields, Joshua Bell is hailed as one of the leading virtuosic performers of the twenty-first century. With an impressive catalogue of critically respected recordings this “classical music superstar” takes time out from his whirlwind schedule to chat to Final Note about the early years and his role within the promotion of Classical Music today.

...I was fascinated with both the musical and physics aspect of trying to understand how pitches worked and I remember being intrigued when I stretched a rubber band and realised it could make a higher pitch."

There exists online a tale about you creating a mock-up string instrument with rubber bands stretched across the handles of your dresser as a child — can you remember why you were inspired to do this?

There was a lot of music going on in my house — my mother and sister played piano. I think I was fascinated with both the musical and physics aspect of trying to understand how pitches worked and I remember being intrigued when I stretched a rubber band and realised it could make a higher pitch. I was experimenting and that’s what’s so great about music in general. It presses upon both the science and mathematical sides of one’s brain — that’s why music is so unique in the arts.

How old were you when you did that?

I think 3 or 4. My parents took that as a sign that they should introduce me to an instrument…sooner rather than later…and got me a violin at the age of 4.

What sticks out in your memory of your lessons with Josef Gingold?

So many things! I never really had a grandfather growing up so he was sort of that figure to me. He was in his 70s when I was 12 and he was very, very kind. He was a great example of someone who just lived for music, and he was in love with music…so that kind of rubbed off on me. He had so many stories about conductors and violinists…that he would point to on his wall which was full of autographed photos of the great artists…Kreisler, Toscanini and all these great people…so a lot of great memories.

How did you feel about your debut at Carnegie Hall at the tender age of 17?

You grow up hearing about Carnegie Hall as this legendary place and so coming from Indiana I was awestruck by it with all its history. It was certainly a big milestone for me. I felt that I had gotten somewhere.

Had you always wanted to pursue a professional music career?

It just sort of happened without me thinking about it or deciding anything. Music was in my life since I was 4 years old and then suddenly at the age of 14/15 I started getting paid for it and I was able to continue doing what I loved to do — a pretty ideal situation [laughs]. I just fell into it. It just seemed meant to be!

With regards to your Strad violin, how do you take care of such a priceless instrument?

One of my early memories of my first teacher was that he had a Stradivarius, so that was my first exposure to the instrument. Every once and a while he would let me play a few notes on it, and I remember how sweet the sound was — incredible memories…ringing and sweet. Then when I got my first Strad it was a major sense of accomplishment.

In terms of looking after it…it’s like taking care of a baby. You don’t drop a baby and you don’t drop a violin. You don’t leave it unattended. Like a baby you get used to it after a while. You don’t freak out every time you’re worried that you’re going to destroy it [laughs]. It’s part of my life — carrying around a multi-million dollar instrument. 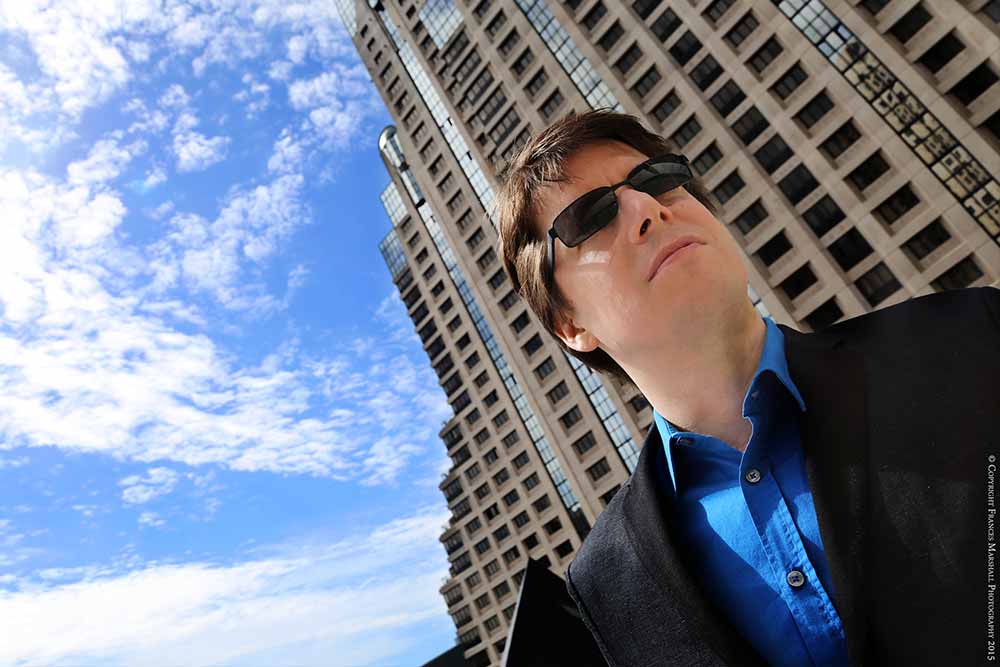 ...not to worry about what other people think about what you do, or else you can drive yourself crazy about pleasing critics. Follow your own path and don't worry about trying to please everyone."

What’s the best advice you’ve been given along the way?

I don’t know…there’s been so much! I suppose not to worry about what other people think about what you do, or else you can drive yourself crazy about pleasing critics. Follow your own path and don’t worry about trying to please everyone.

As a performer do you feel any pressure to teach?

It’s sort of a natural progression…right now I don’t do a lot because I’m playing 150 concerts a year and I still feel that I’m in the prime of my playing years so I want to take advantage of it. I see myself doing more teaching, as I get older.

What do you think you can do to get more people interested in listening to and experiencing Classical Music in everyday life?

In my case some of the projects I’ve done with musicians outside of the classical world and film projects — those are ways of reaching people who don’t usually go to the concert hall. I’ve had a lot of classical music converts coming to me and telling me that I’ve helped to get them interested in classical music. I think the most important thing in our society is education for kids — I think that’s vital in schools — and encouraging parents to get music lessons for their kids. That’s our biggest hope for getting audiences of the future. If you’ve studied music as a child you’re going to be much more inclined to want to go to a concert later in life. So, I do work in various organisations that are devoted to getting music into schools and that’s a cause that’s very close to my heart 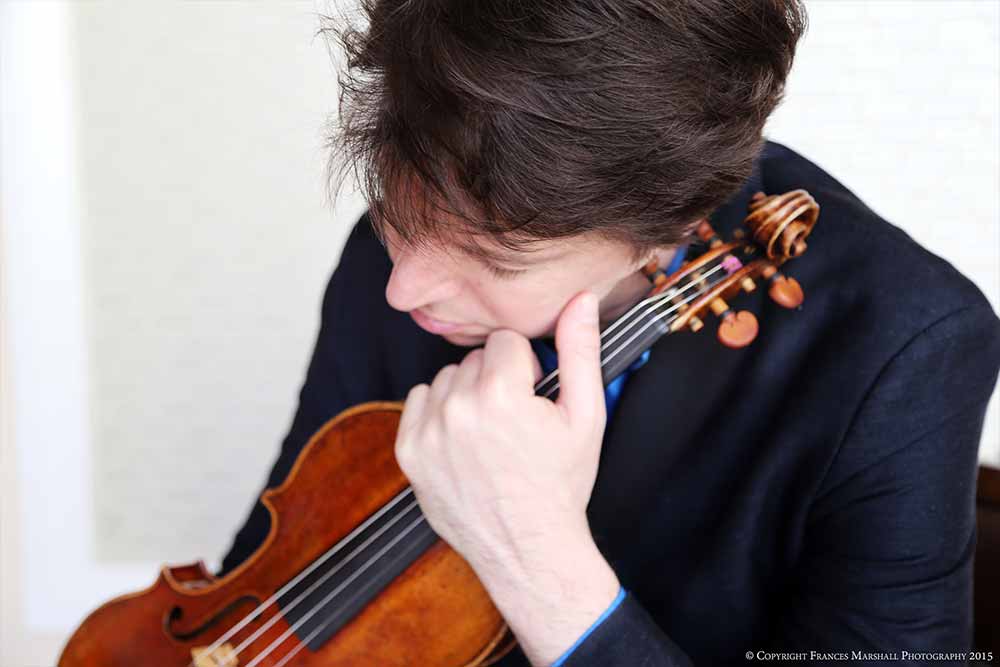 What does is mean to be a conductor for you?

It’s important to always challenge yourself and the move felt natural. Rather than sitting around doing the same 10 pieces I’ve been doing all my life, I just felt the need to expand the boundaries of what I do, and test my limits. It’s been a great experience for me and I’m still learning constantly. The Academy of St Martin in the Fields is just a dream orchestra to work with.

You conduct from the first violin’s chair — how important is it for you to retain that dual role, and would you consider moving to the podium alone?

I’m starting to do more from the podium and I have some concerts coming up where I will do both. There are advantages to leading from the violin…things you can show and do with the violin in your hand that are easier than with the stick — ways of inspiring the orchestra with the instrument. But I’m discovering that there are things that I can do to be more effective when I don’t have the violin as well. Leading from the violin is a great way to begin conducting because I think it’s the most organic and natural way to do it.

Do your children get involved in music-making at home?

I have 3 boys — a 7-year old and twin 5-year olds. They all play music and sometimes I’ll practise with them over Skype and watch them playing at home. It’s important for me to have music in their lives whether they become professionals or not. 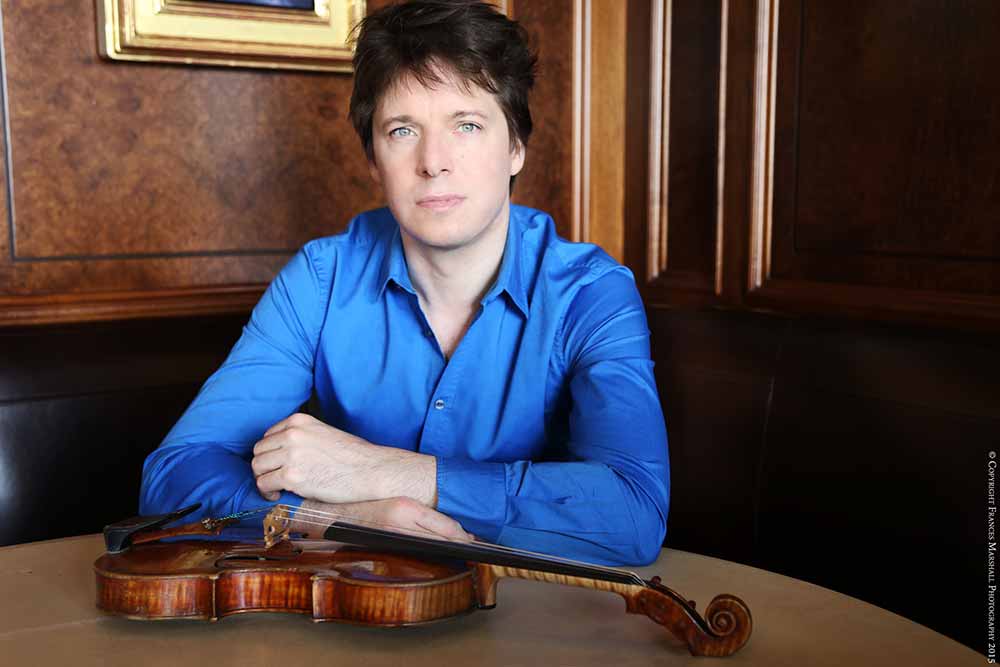 Of all of your recordings to date, do you have a favourite?

The Fritz Kreisler recording [The Kreisler Album, 1996] with London/Decca was sort of an homage to my teacher, Gingold. It really demonstrates his influence on me and holds special meaning. I enjoy the standard rep. but I really enjoy some of the albums that create new arrangements for the violin like Romance of the Violin(2003), or Voice of the Violin (2006)…or even the Bernstein Westside Story Suite (2001) which took one of my absolute favorite Broadway shows and adapted it for violin — that was great!

The life of an instrumentalist can be physically and mentally demanding — how do you unwind?

I chill with friends over good food — that’s one of my favorite hobbies…with a little bit of wine on occasion. I watch sports too — American football…during football season I am hooked on it.

My life is planned for me already three years ahead of time, as far as concerts are concerned. I would like to expand my repertoire with the Academy of St Martin, record more of the Beethoven Symphonies and commission a few new works. I would love to spend more time composing — I write a lot of my own cadenzas and would like to take it a step further.

To find out more about Joshua Bell see: joshuabell.com